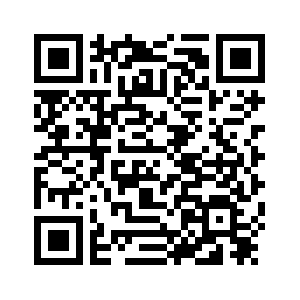 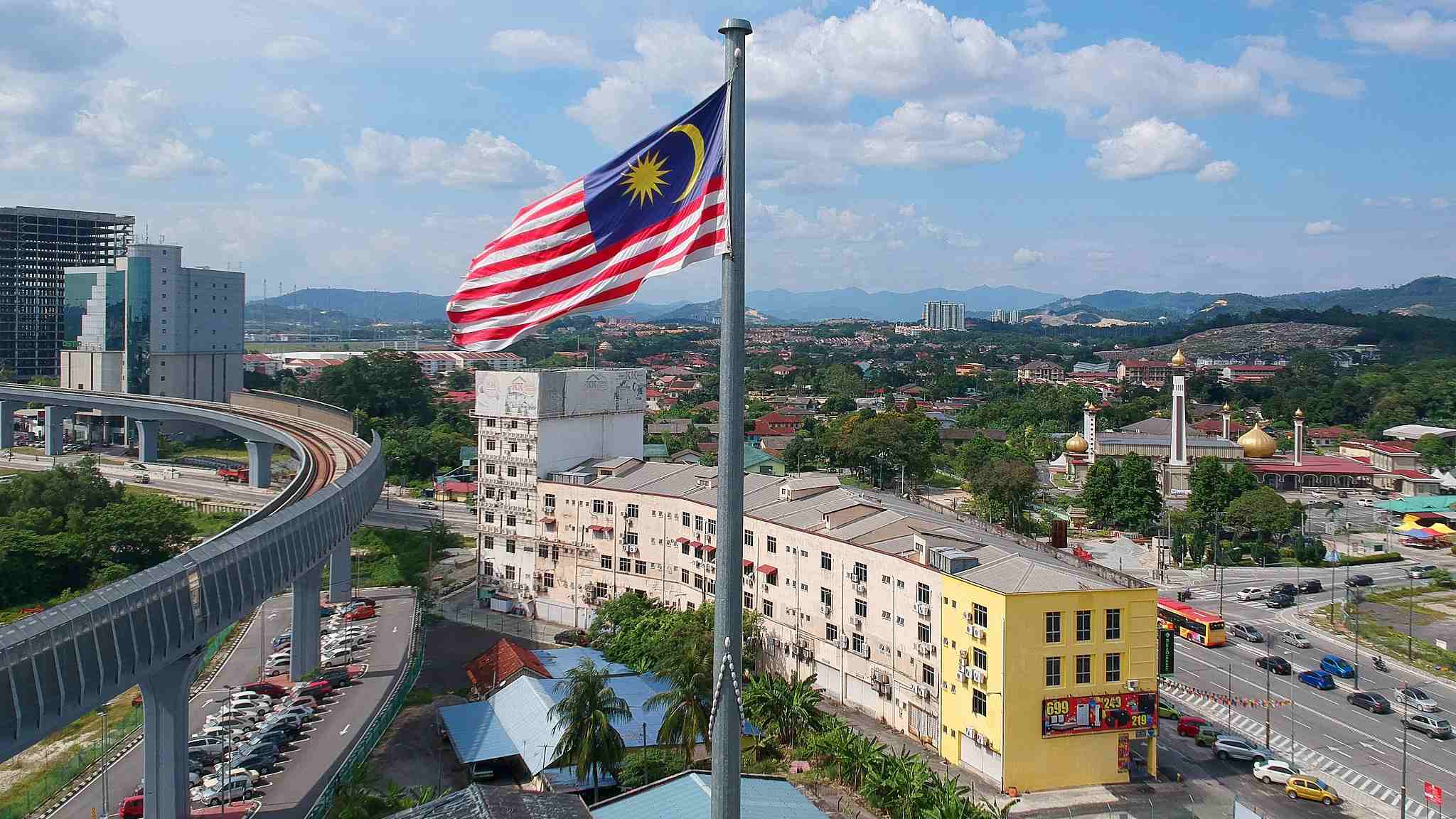 Editor's note: Feng Da Hsuan is a chief adviser to the China Silk Road iValley Research Institute and former vice president for research at the University of Texas at Dallas, and Liang Haiming is the chairman of the China Silk Road iValley Research Institute and a visiting scholar at Princeton University. The article reflects the authors' opinion, and not necessarily the views of CGTN.
On May 9, 2018, a vital national election took place in  Malaysia. Barisan Nacional, a coalition party led by Prime Minister Rajib Razak, which had been in power since Malaysia's independence in 1957, suffered a loss to Pakatan Harapan, a newly formed coalition party led by the legendary 93-years-old Tun Mahathir Mohamed. 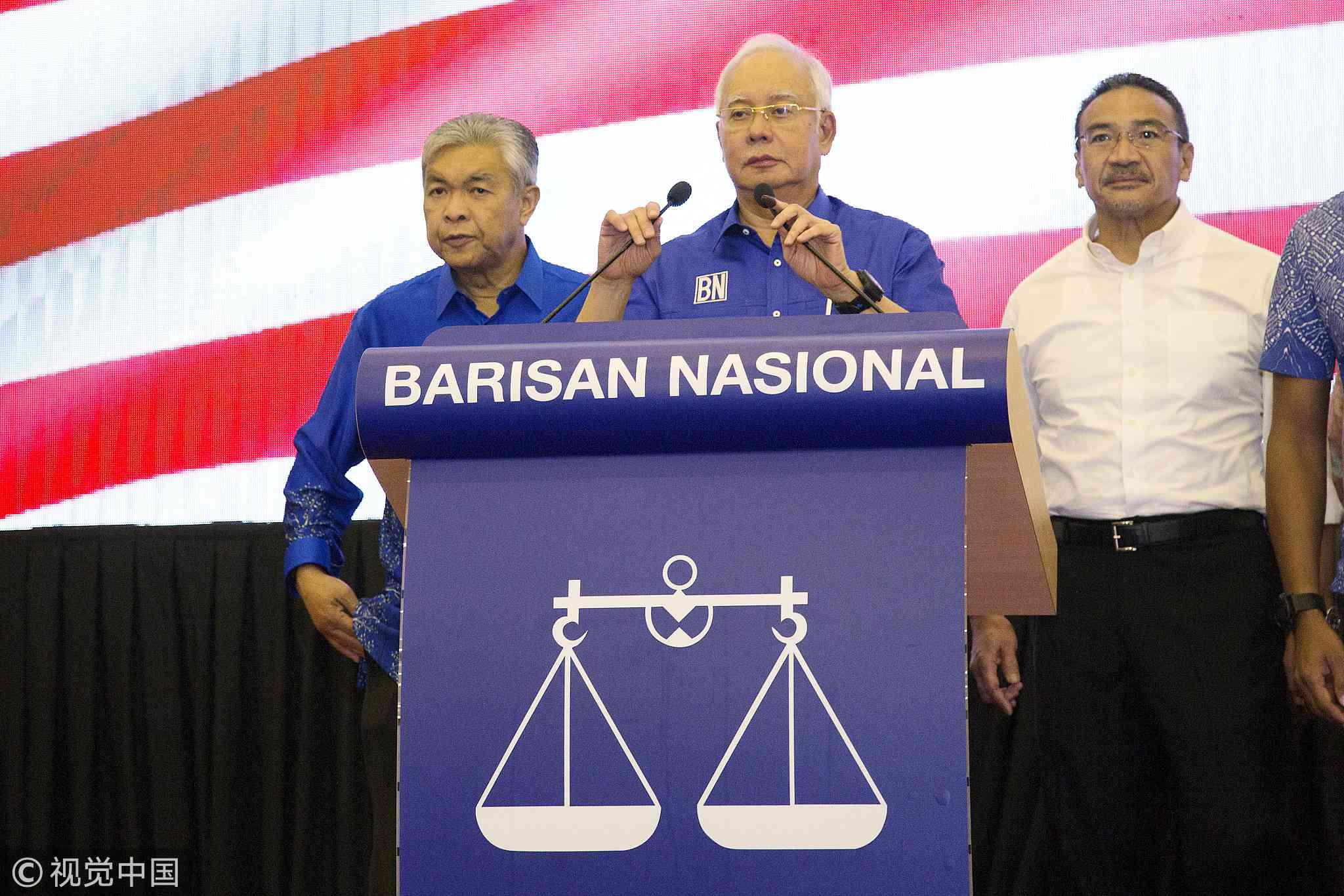 On August 21, Tun Mahathir, in his visit to Beijing, proclaimed to the world that because of the debt incurred by Malaysia, some of the Belt and Road Initiative (BRI) projects, such as the Chinese-funded,  20-billion-US-dollar East Coast Rail Link (ECRL) and the natural gas pipeline project in Sabah, “will be canceled for now.”
Tun Mahathir's decision was reinforced as recent as October 30, 2018, when Finance Minister of Malaysia Lim Guan Eng said that “Malaysia lacks the ability to pay for such a massive engineering project.” 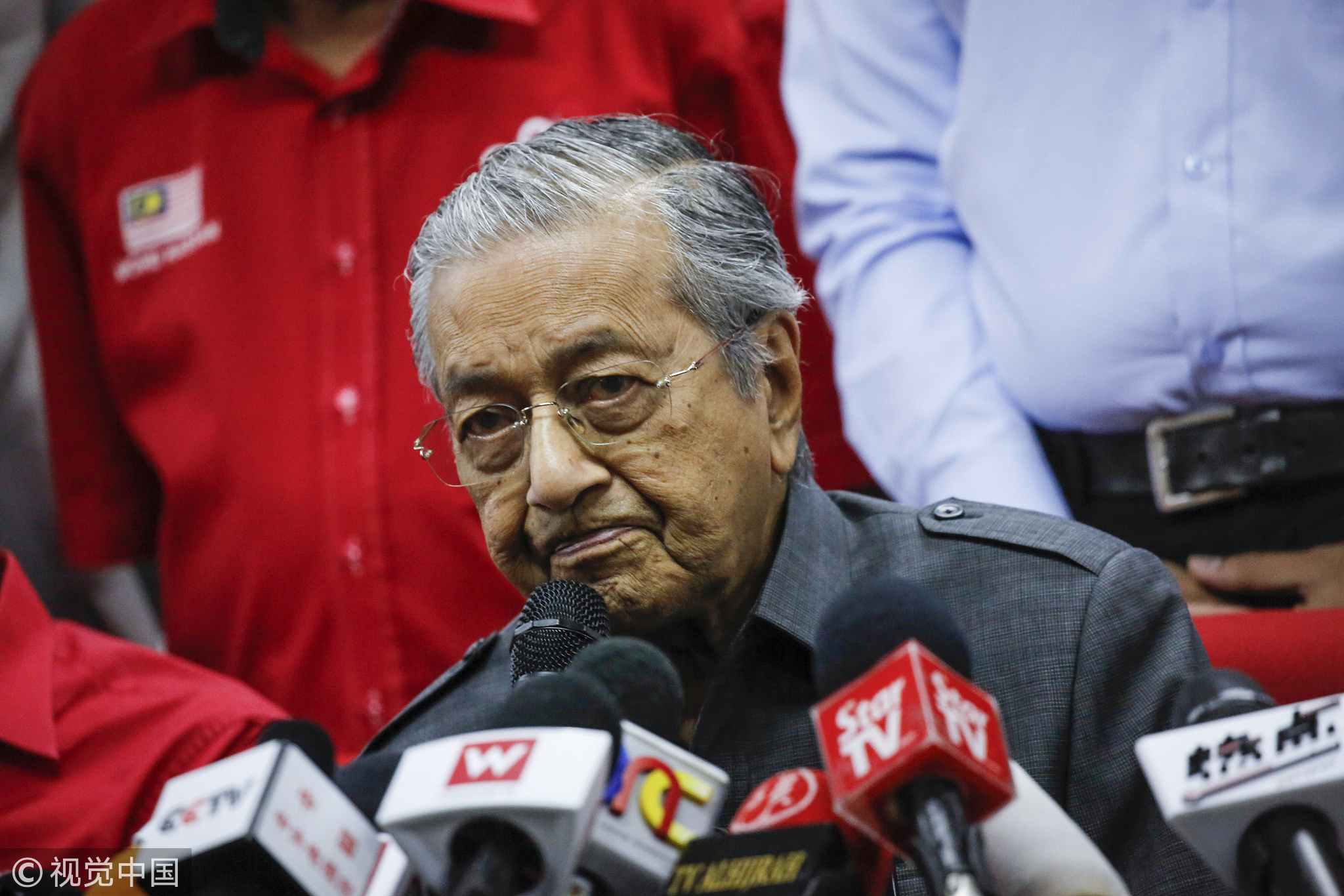 Mahathir Mohamad, Malaysia's prime minister, said he will cancel a proposed multibillion-dollar high-speed railway link to Singapore during a news conference in Petaling Jaya, Malaysia, on May 28, 2018. /VCG Photo

Mahathir Mohamad, Malaysia's prime minister, said he will cancel a proposed multibillion-dollar high-speed railway link to Singapore during a news conference in Petaling Jaya, Malaysia, on May 28, 2018. /VCG Photo

It is worth noting that Minister Lim had previously stated that by the end of 2017, Malaysia's federal government debt and liabilities were equivalent to 80.3 percent of gross domestic product (GDP). It is interesting that the debt figure quoted by Lim is apparently much higher than the 50.9 percent level disclosed by the former Prime Minister Najib's government.
In response to Lim, Najib had issued a statement which said the new government's data is incorrect and that it did not provide details of the current debt size. This, according to Najib, would cause disruption to the financial market, alert the credit rating agencies, and affect investment and confidence to Malaysia. 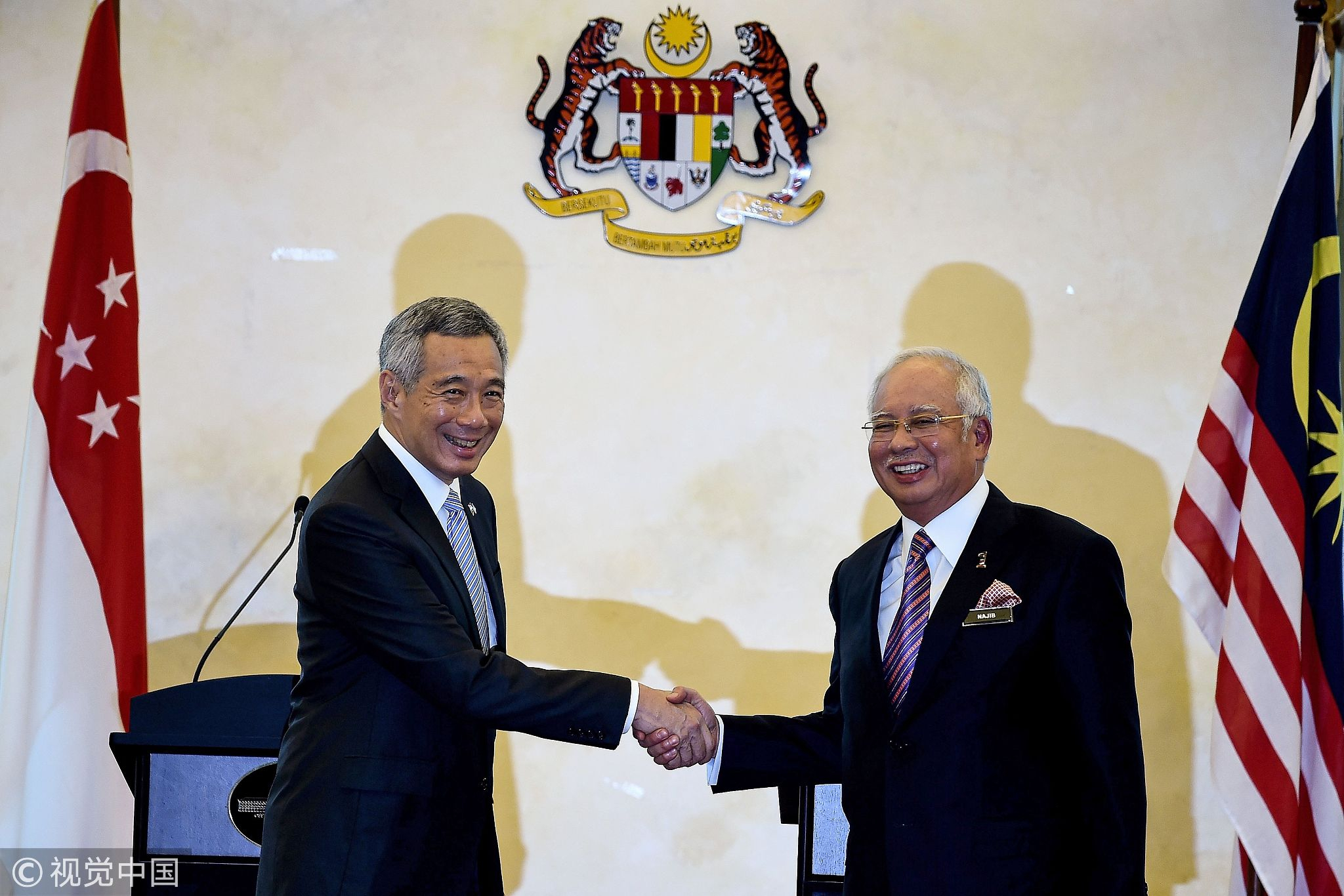 The comment of “cancellation for now” by Mahathir became a global chorus from the Western media as the evidence of the failure of the BRI projects. To discuss Malaysia's debt issue, it is vitally important to base any kind of conclusion on reliable and sustainable economic data. Ultimately, as the cliché goes, data can speak loudly. What it says can also separate truth from falsehood.
The concept of debt always conveys negative feelings. Yet, it is remarkable that in the history of humanity, a nation's debt is seen an important manifestation of a government structural innovation.
Therefore, the debt scale is high and the debt crisis is a double edged swords. How high is the country's debt? To find the answer, look at its credibility. Will there be a debt and credibility crisis?
For Malaysia, the rotation of political parties in its government should be viewed as a normal occurrence.
As far as the economic data is concerned, it should go without saying that the national financial data released by the government, be it before or after the election, must be consistent and should not and cannot show significant discrepancies. When that happens, the outside world will understandably be highly suspicious of the integrity of the data presented, a sentiment that will quickly be followed by suspicions into the integrity of the government.
After all, although the Malaysian ruling party has changed, the mid-level government bureaucrats responsible for data sorting and maintenance have by and large remained the same. Yet, apparently, the debt level of Malaysia rose overnight from 50 to 80 percent. 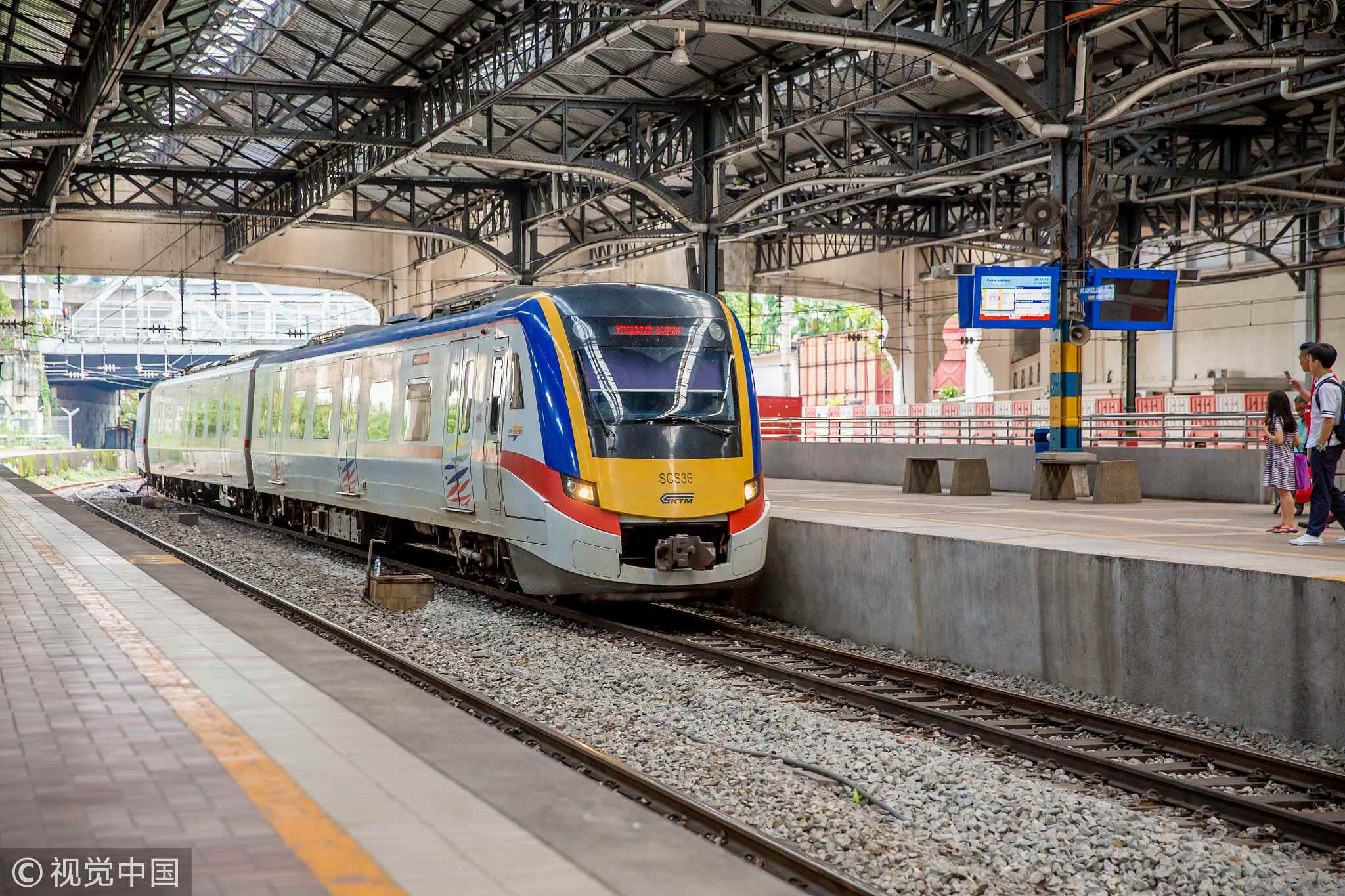 This also demonstrates to the outside world that the debt data published by either the current or the former - or both - Malaysian governments were/are for a political purpose and not for meaningful economic operations, so it is difficult to know which statistic to trust.
In the end, whether this lack of data is due to an error or errors of the Malaysian government bureaucrats, or if someone within the government blocking the data remains a mystery.
The following is what we have done so far in search of an answer.
According to the US Central Intelligence Agency released data, Malaysia's debt accounted for 54.20 percent of its GDP and is ranked 90th globally.
It is worth noting that Malaysia's debt ranking is far below first placed Japan (236.4 percent) and lower than Vietnam in 78th place (58.2 percent). Therefore, if the current data is to be trusted, and we see no reason to doubt it, Malaysia's debt level is globally at a mid-level. This implies that Malaysia's risk is not that high.
Of course, if the Malaysian government were not to accept the CIA data as credible, then in order to alleviate concern, which is obviously not beneficial to Malaysia, we recommend Malaysia's current government fully disclose its debt. 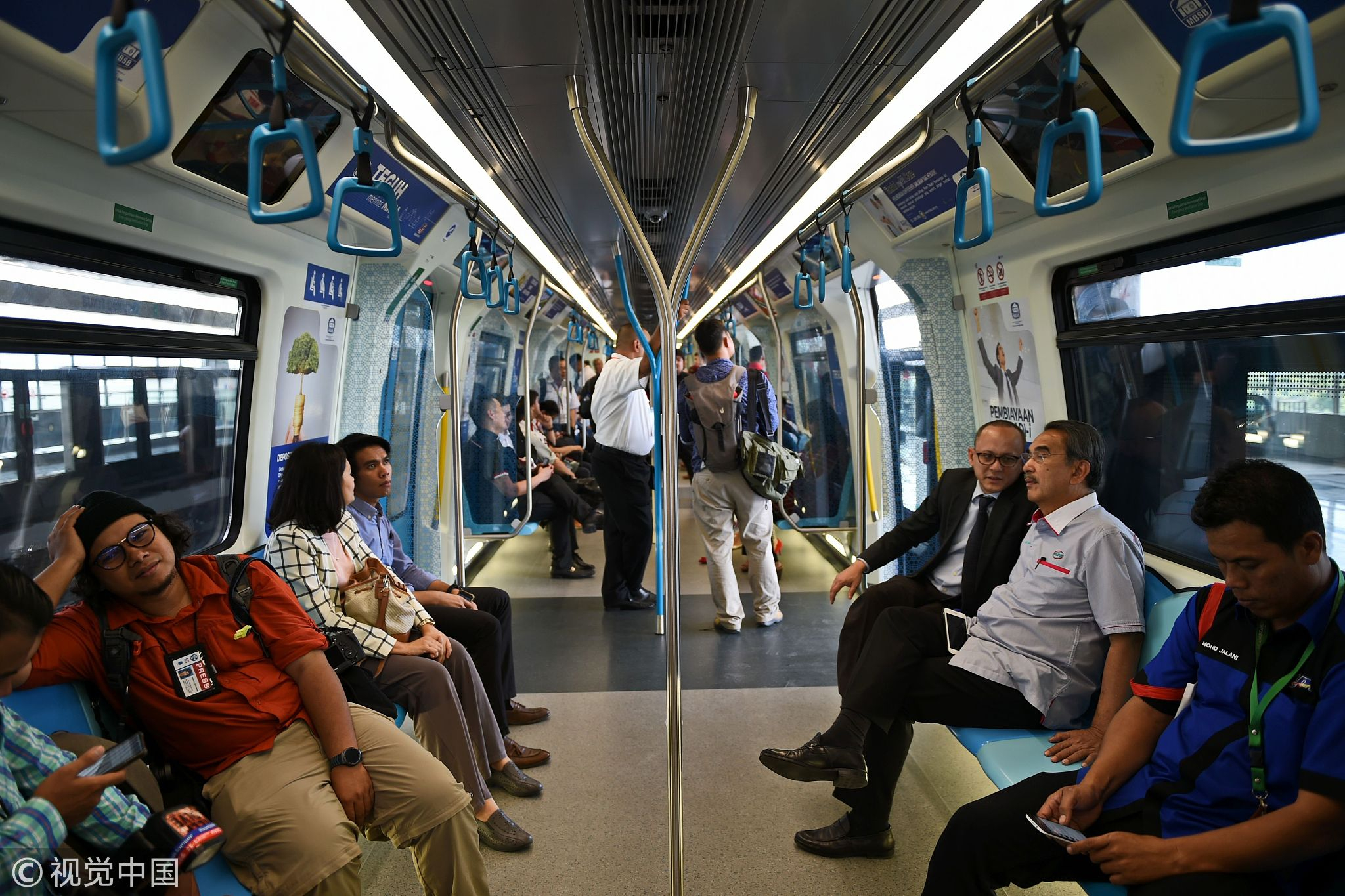 Members of the media board a Malaysia Mass Rapid Transit (MRT) train after the official launch of the MRT Sungai Buloh-Kajang (SBK) line in Kuala Lumpur on July 17, 2017. /VCG Photo‍

Members of the media board a Malaysia Mass Rapid Transit (MRT) train after the official launch of the MRT Sungai Buloh-Kajang (SBK) line in Kuala Lumpur on July 17, 2017. /VCG Photo‍

It is especially critical because recently, there have been a lot of accusations against China for engaging in a form of "debt diplomacy". To this end, it is important to find out what level of Malaysian debt is owed to China?
In short, a government debt level that is too high is certainly not conducive to long-term growth. It limits the country's ability to invest in infrastructure, education, and healthcare, which are issues critical to the growth and well-being of a nation.
However, what is the definition of “high” for a debt level? According to the IMF data, at present, the debt of advanced economies has reached 106 percent of GDP, which is the highest level since World War II. In emerging markets and middle-income economies, the ratio of debt to GDP averages to around 50 percent.
It is worth underscoring that competition among nations is largely reflected in the competition for international capital. The nation that can attract fresh, large scale, low-cost and sustainable capital, it will gain a competitive advantage.
From ancient times to present day, an efficient national debt system is a manifestation of a country's financing capacity, and it is an important factor that determines the country's rise and fall.
Malaysia is no exception.
(If you want to contribute and have specific expertise, contact us at opinions@cgtn.com.)