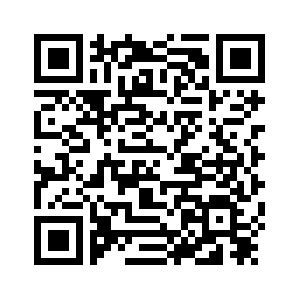 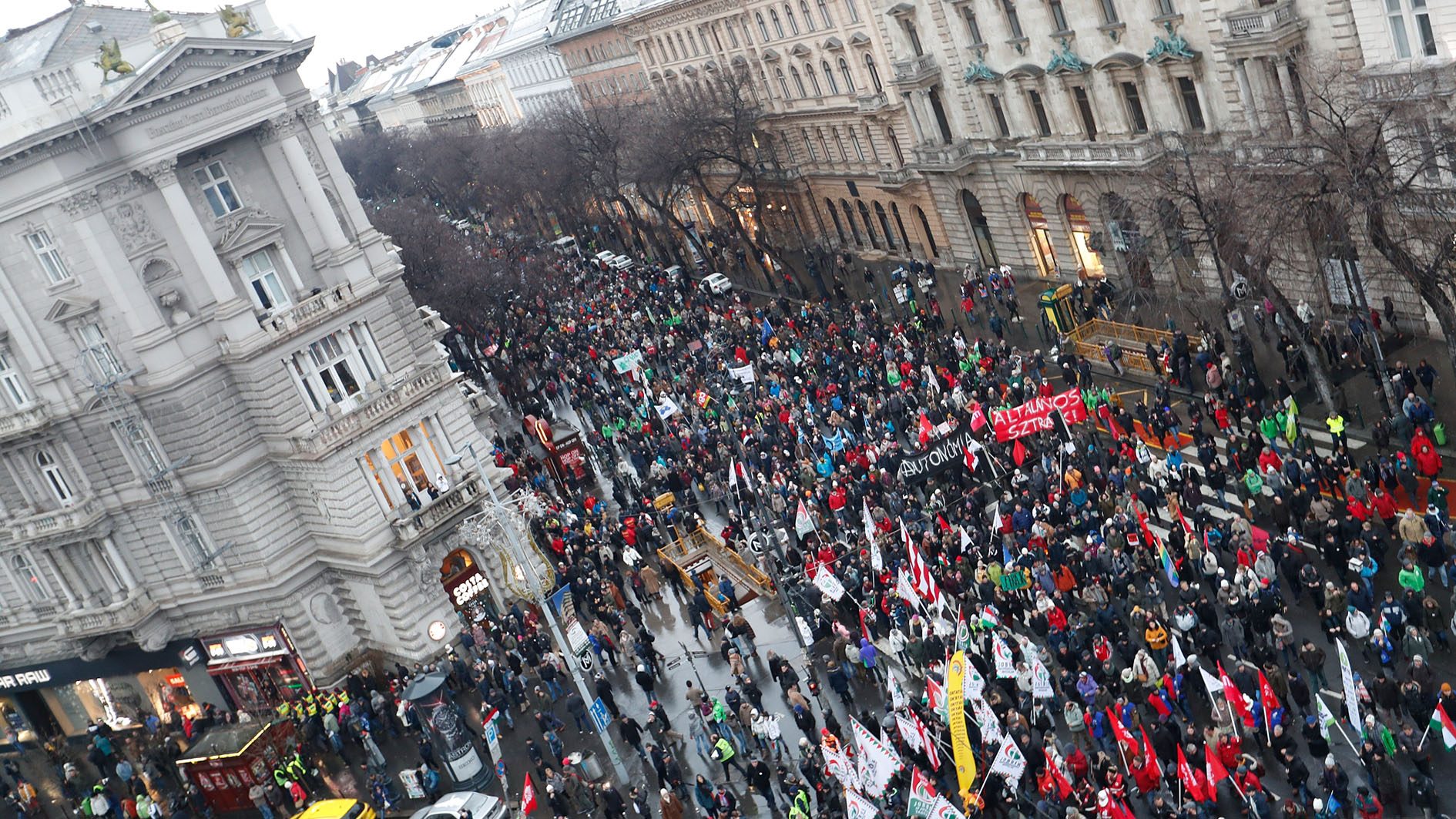 ‍Around 6,000 people on Saturday demonstrated against Prime Minister Viktor Orban in the latest of a wave of Hungarian protests targeting a labor reform branded a "slave law" by the opposition.
Opposition groups have staged several rallies in the past weeks in the Hungarian capital and other cities against what they said was an authoritarian rule of Viktor Orban.
Saturday's rally, organized by opposition parties, trade unions and civic groups, mainly targeted the new labor law dubbed by critics as “slave law.”
Turnout was well below expectations of the march's opposition party and union organizers. They had hoped to mobilize tens of thousands to revive the protests after the festive season.
The protesters marched in snowfall from the historic Heroes Square to the parliament building on the bank of the Danube river, carrying banners such as “Sweep away the regime.” 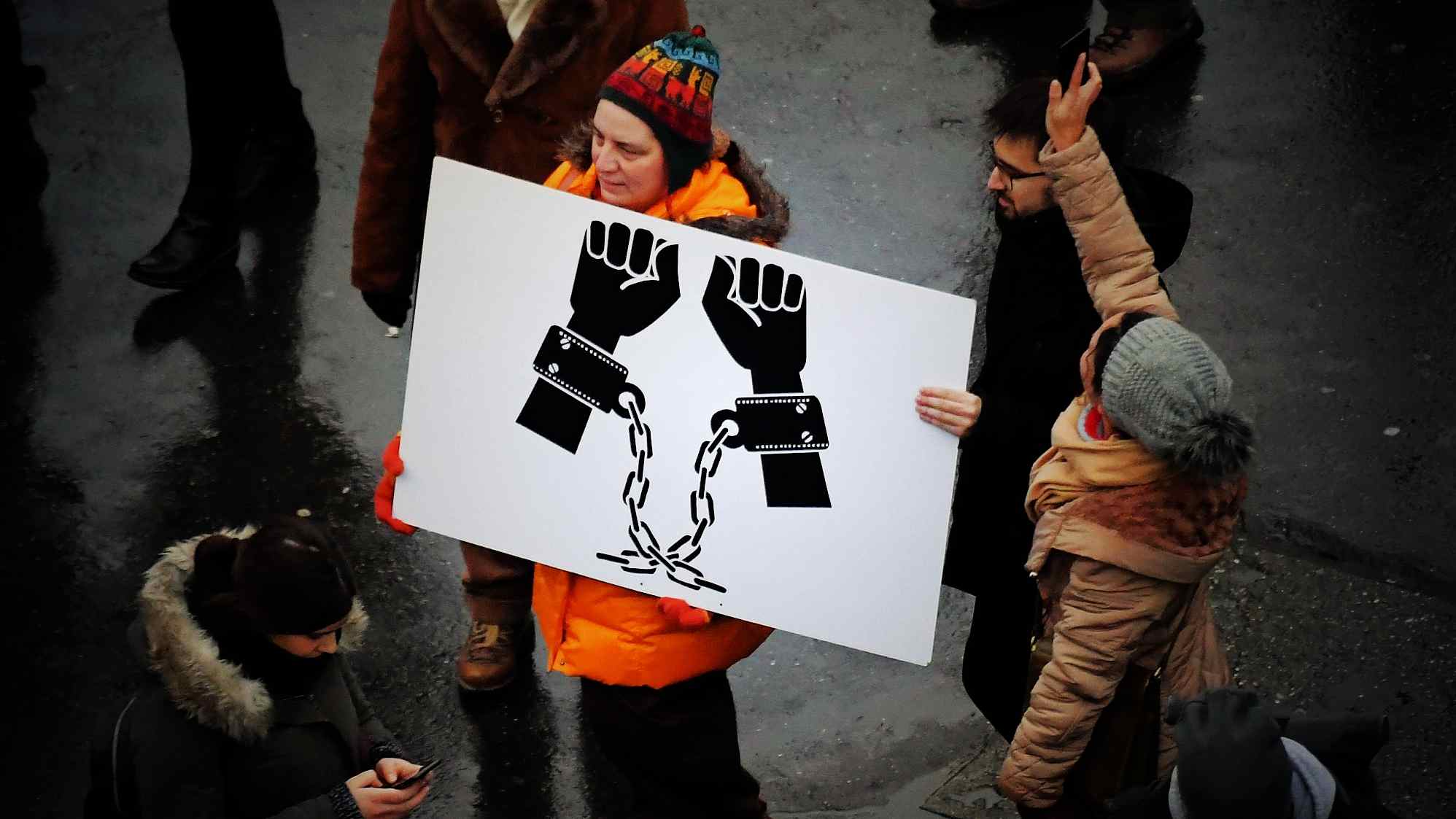 A protester holds a placard bearing handcuffed hands during a demonstration against the government's new labor reform, dubbed the "slave law" by the opposition in Budapest, January 5, 2019. /VCG Photo

A protester holds a placard bearing handcuffed hands during a demonstration against the government's new labor reform, dubbed the "slave law" by the opposition in Budapest, January 5, 2019. /VCG Photo

“We disagree with almost everything that is going on since this government got into power (in 2010), from corruption to pseudo-democracy,” said 50-year old housewife Eva Demeter.
She said more Hungarians were pouring onto the streets because the new labor law “affects a bigger crowd.”
Some of the protesters posted on social media or carried banners calling for a “national strike.”
The reform, adopted by parliament on December 12, has increased the amount of overtime that employers can demand from 250 to 400 hours per year and allows payment to be delayed by up to three years.
The government says the law is needed to tackle Hungary's labor shortage and will enable those who wish to work more hours to earn more.
Hungarian President Janos Ader signed the reform into law just before Christmas, despite more than 10 days of sometimes violent clashes between demonstrators and police in the capital and other cities.
The modification to the labor code has faced intense criticism and sparked the biggest street protest in over a year. Potentially, it could add two extra hours to an average work day, or the equivalent of an extra workday per week. 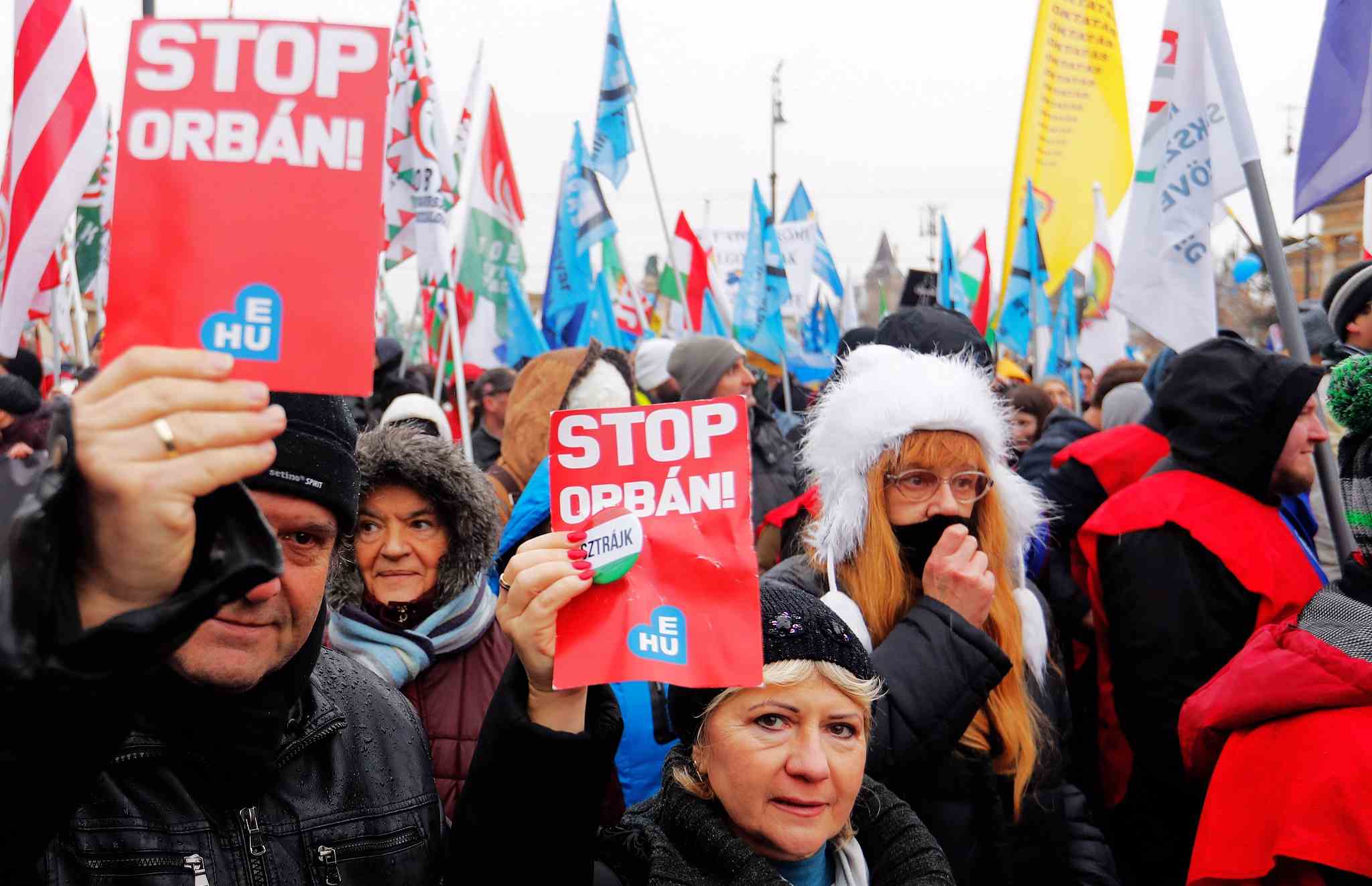 Zoltan Mucsi, the head of steelmaker Dunaferr's Vasas trade union, said it was undemocratic that the government did not discuss the labor code changes with the unions.
Some of the main trade union groups may resort to a strike if the government does not sit down with them to negotiate, he told Reuters.
Trade union membership in Hungary is estimated at below a tenth of the workforce, about half the level in Germany, according to data from the Organization for Economic Co-operation and Development.
The past weeks' anti-government rallies were also against a law that sets up new courts which critics say could be politically manipulated, and against bias in state-controlled media.
In the biggest demonstration of the current series, some 15,000 people gathered on December 16 in central Budapest.
The earlier protests have been mostly peaceful, though there were some clashes with police who used tear gas.
The ruling Fidesz party reiterated in a statement on Thursday that the protests were part of a campaign for the European Parliament elections in May to help those who support mass migration into the European Union.
Fidesz won Hungarian elections with a landslide last year, with the ticket of resisting mass immigration into the EU.
7351km
Source(s): AFP ,Reuters