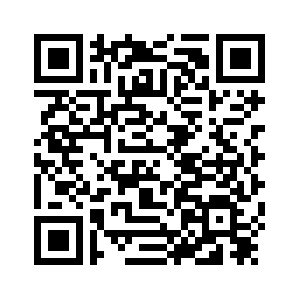 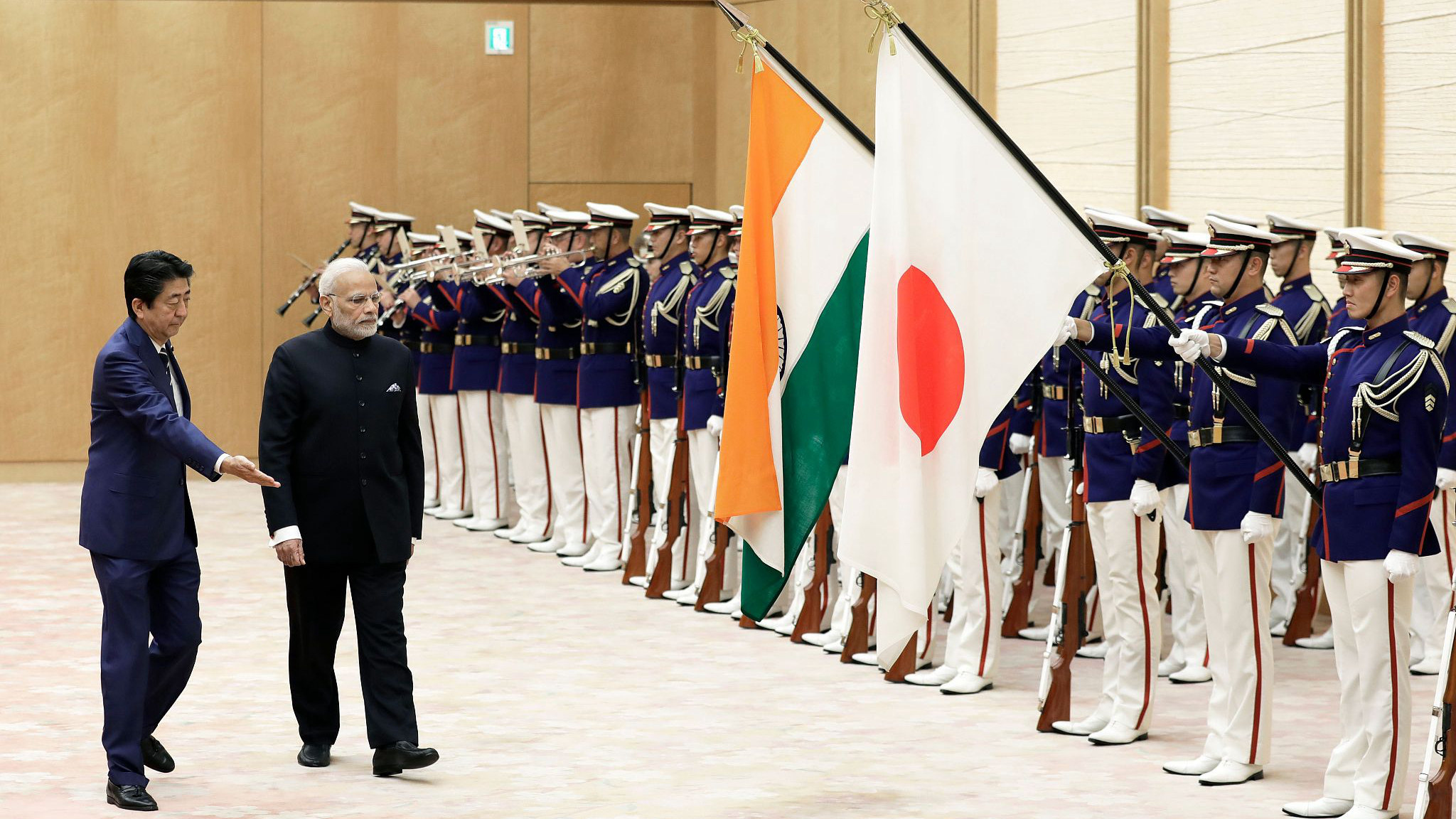 Editor's note: Ryohei Kasai is an adjunct lecturer at Komazawa University in Japan. The article reflects the author's opinions, and not necessarily the views of CGTN.
A visit to Japan by an Indian prime minister is not surprising these days, as there is a bilateral arrangement for prime ministers of the two countries to make an alternate visit every year, a practice that started in 2005.
However, Prime Minister Narendra Modi's Japan visit in late October 2018 was significant in further consolidating what they call the “Special Strategic and Global Partnership” and “Japan-India Vision 2025.”
Although there was no landmark announcement such as the agreement on India's high speed railway project in 2015 and the signing of the civil nuclear cooperation in 2016, it added considerable substance in various areas including security and infrastructure development. Japanese Prime Minister Shinzo Abe also showed his warm hospitality by inviting his Indian counterpart to his vacation home in Narusawa village, Yamanashi Prefecture. 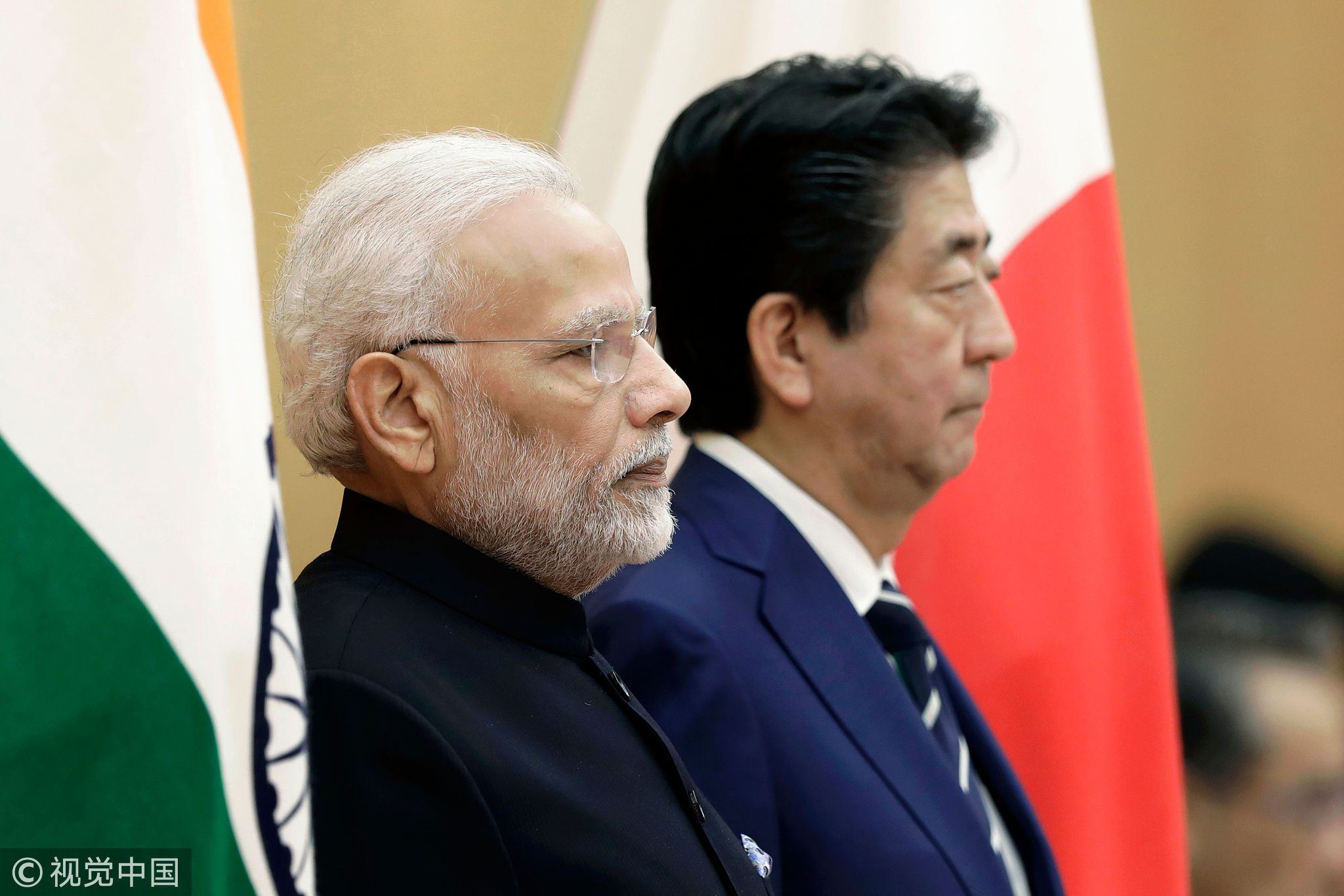 According to the Japan-India Vision Statement released after the summit meeting, Prime Ministers Abe and Modi "welcomed the signing of the 'Implementing Arrangement for deeper cooperation between the Indian Navy and the Japan Maritime Self-Defense Force'," a move that further enhances maritime coordination in the Indo-Pacific region.
The commencement of negotiations on the “Acquisition and Cross-Servicing Agreement (ACSA)” is also noteworthy as it is expected to provide India's armed forces and Japan's Self-Defense Force with mutual access to each other's defense facilities.
Infrastructure and connectivity development is another area where the two leaders attaches special importance and attention. Japan agreed to extend yen loans totalling about 316 billion Japanese yen for seven projects in India, including the second phase of the construction of Mumbai-Ahmedabad High Speed Rail (MAHSR), which they call “an important symbol of India-Japan collaboration.”
The bilateral cooperation in this area, however, is not limited within India. Japan and India is increasingly keen on working together in third countries in the Indo-Pacific region. It was evident in PM Modi's address at the business symposium in Tokyo on October 29, in which he mentioned cooperation with Japan in the Indo-Pacific, South Asia and Africa.
Japan and India are also pursuing cooperation and coordination in working for global issues as well as a “rule-based and inclusive world order.” Japan's participation in India-proposed International Solar Alliance, combating terrorism, the United Nations Security Council reform, peaceful resolution of disputes and respect for international law are among such issues, in which the two leaders reaffirmed their firm commitment based on shared values including the rule of law and democracy.
These developments are often explained as mutual efforts to counter the rise of China, a view that seems plausible. While relations with a rising China is considered as an important factor for both Japan and India, the fact is that they have developed a partnership for bilateral, regional and even global cooperation, as pointed out above. 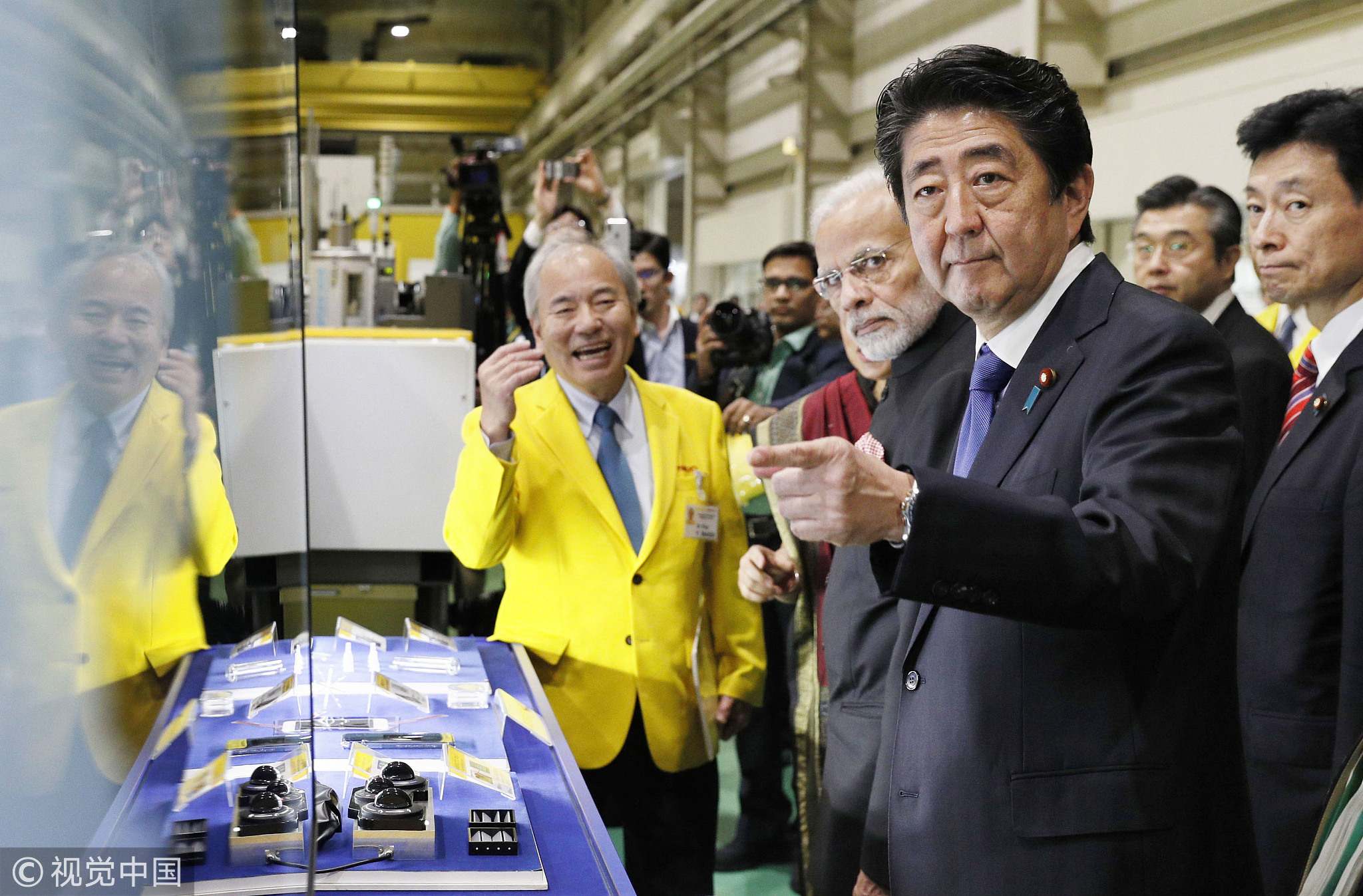 Their respective relations with China are also improving. PM Modi visited Wuhan to meet President Xi Jinping in April this year and PM Abe also paid a visit to Beijing very recently.
While Japan pursues its own “Free and Open Indo-Pacific Strategy” with the United States and India, it has also shown its interest in engaging with China for the “Belt and Road Initiative” as long as the project is open, transparent and fair, signified by “from competition to cooperation,” a remark made by PM Abe during his latest China visit.
There are persistent divergences between Japan and India, too. The negotiation on procuring Japan's US-2 amphibian aircraft has not been concluded yet. They also have different views on nuclear disarmament such as the Non-Proliferation Treaty and the Comprehensive Test Ban Treaty. Nevertheless, the Japan-India partnership is poised to grow in the coming years as their common interests are much bigger than disagreements.
(Cover Photo: India's Prime Minister Narendra Modi (2nd L) is escorted by Japan's Prime Minister Shinzo Abe (L) while reviewing an honor guard ahead of a meeting at Abe's official residence in Tokyo, October 29, 2018. /VCG Photo)
(If you want to contribute and have special expertise, please contact us at opinions@cgtn.com.)