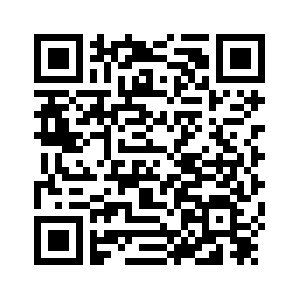 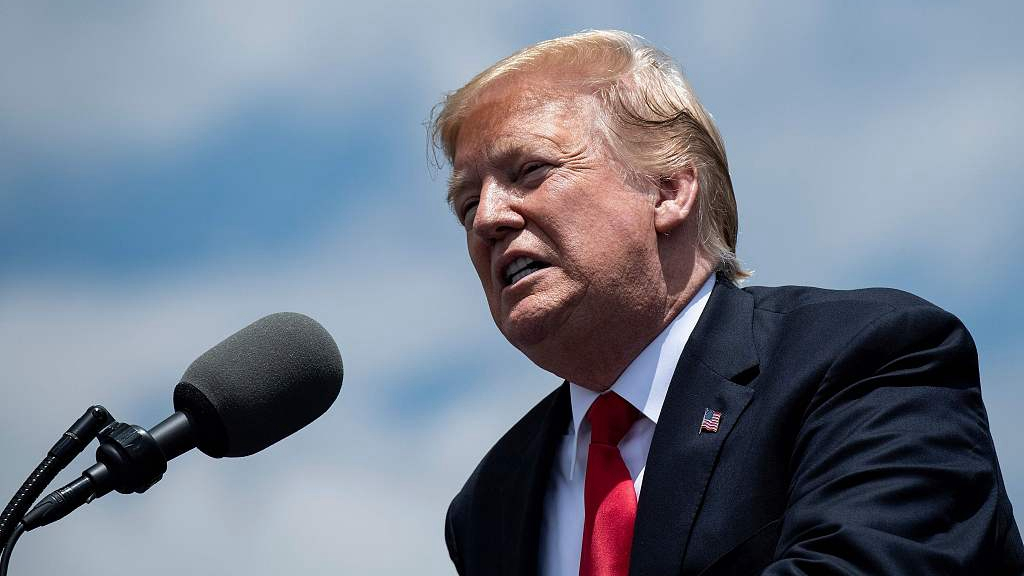 Editor's Note: James Rae is a professor from California State University Sacramento. He was also a Fulbright Scholar at Beijing Foreign Studies University from 2017 to 2018. The article reflects the author's opinion, and not necessarily the views of CGTN.
In less than a year and a half, Americans will make a decision on whether to retain Donald Trump as their president. Around two dozen candidates are vying for the opportunity to challenge his quixotic presidency but make no mistake, whether loved or hated the coming election will be all about Trump.
The backdrop to this verdict on the man as a person will be his policies and his promises, and whether he lived up to the agenda he laid out in the 2016 campaign.
President Trump has worked toward the achievement of many of his core goals – tighter immigration rules and enforcement, tax cuts and reform, and protectionist economic policies – while in other areas such as health care and industrial policy he has given up or backed away.
In other less noticeable areas, Trump has also followed through with his promises, such as filling vacancies with conservative judges. Several issues are illustrative of the challenges Trump has faced in pursuing his agenda and how he has dealt with such obstacles.
First, probably Trump's greatest accomplishment as president has won the fewest accolades, the 2017 tax bill. Upon assuming office, President Trump relaxed many of the Obama era regulations on the finance and insurance sectors. This, paired with Trump's tax cuts, has brought a boon to the U.S. stock markets, strong job creation, and overall economic growth.
With a compliant Congress at the time, the tax law still took some heavy lifting but gave Trump his first political win. Yet Republicans lost the messaging battle on the tax law and economic inequality remains a more looming issue as the 2020 presidential election comes into focus. 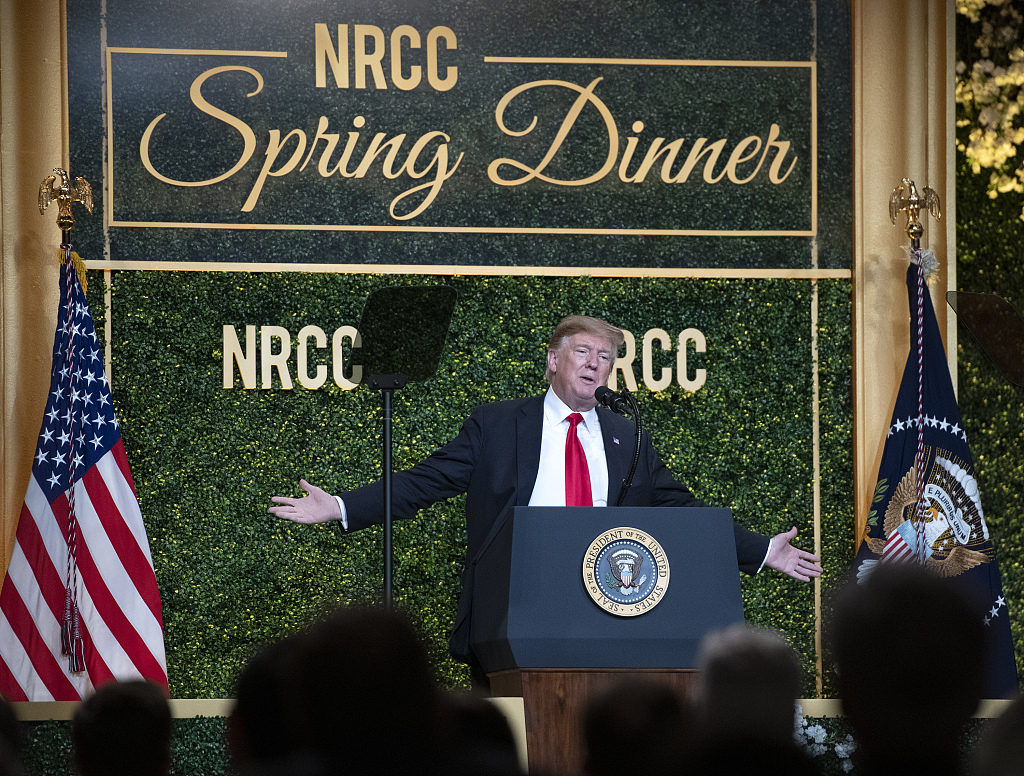 Relatedly, Trump clearly signaled a protectionist outlook on the campaign trail and has worked hard to undermine international financial institutions, multilateral organizations, and free trade norms generally, with friend and foe alike.
Despite a brief honeymoon between Trump and Chinese President Xi Jinping, since last year Trump has pursued an aggressive posture on trade negotiations that reflect his campaign rhetoric more than his initial approach once elected.
He has embraced the value of tariffs in his political and economic calculations, rewarding countries with exemptions and penalizing the rest. In spite of the enormous economic risks of such a formulation, standing up for "America First" wins support broadly and most particularly among his base.
Next, President Trump has emphasized stricter rules on immigration into the United States. He has followed through on his ban on migrants from several predominantly Muslim countries along with taking measures to begin building a physical barrier on the southern frontier of the United States while deporting individuals lacking legal authorization to be present in the nation, many who have been resident for decades.
Of course, most of these measures have been stymied by legal or legislative setbacks, while the symbolic heft of building a wall has faced twists and turns before the decision to declare an emergency and transfer military funds toward the project.
Where Trump voters see a clear pledge that could weaken him politically if not accomplished, Trump has stood firm. The two major areas where President Trump has failed to fulfill his claims have been in health care and infrastructure.
To the contrary, Trump failed to create an alternative vision for health care reform, nor repeal Obama's signature Affordable Care Act. The American health care system is vast and complex, and unraveling proved too much for President Trump to achieve.
Ironically, many Trump voters rely on government-provided or subsidized health care and the law has diminished as a hot button issue, particularly since Trump has moved on.
This was always going to be an uphill fight and once the Democrats won the House of Representatives in 2018 that story was largely written.
Meanwhile, Trump placed infrastructure on the back burner and then when the opportunity presented itself to seek a compromise solution with Democratic leaders in Congress earlier this month, he walked out on the scheduled meeting with Speaker Nancy Pelosi and Senate Minority Leader Charles Schumer. 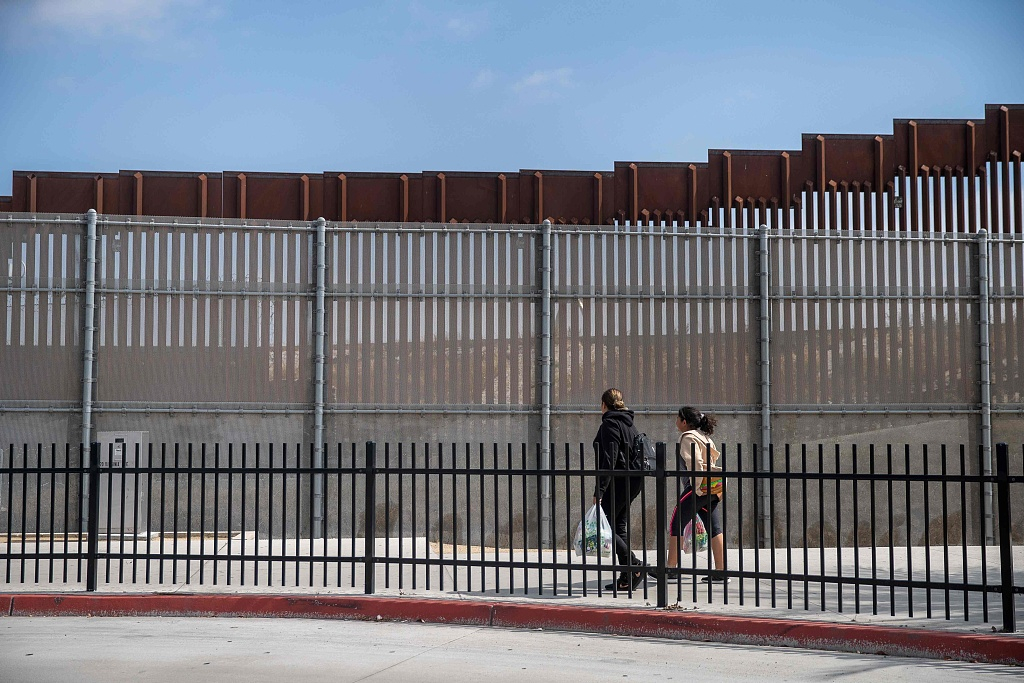 People pass the border fence that divides the United States and Mexico in San Ysidro, California, May 31, 2019. /VCG Photo

People pass the border fence that divides the United States and Mexico in San Ysidro, California, May 31, 2019. /VCG Photo

Publicly financed building projects are always great political risks, such as the famous "Big Dig" tunnel project in Boston that was enormously costly and behind schedule. Those payoffs are for later generations if they come at all, not for short-term political calculus.
So why does President Trump hold firm in some areas while calling it quits in others? Each issue is different, but overall the likely effects on his re-election efforts are front and center, as with any politician.
The border wall with Mexico is tangible and very emotive for Trump voters in swing states, and thus he had to see that through. Obamacare is more amorphous and signature pieces are popular (no discrimination toward those with pre-existing conditions, extending coverage for children to age 26), so he let that one go.
Sometimes changing advisers matters, particularly in the trade frictions with China; Peter Navarro and Robert Lighthizer compete with Steve Mnuchin and Jared Kushner for setting the economic policy agenda.
Sometimes circumstances change, as infrastructure talks emerged in the aftermath of the Mueller report's redacted release and elevated tensions between the two parties over whether suspected Russia ties between Trump and Putin were a partisan witch hunt or provided clear evidence of impeachable offenses like obstruction of justice.
Above all else, one can find the explanation in the undisciplined and capricious Trump, who lacks a clear and coherent ideology, technocratic knowledge and policy sensibilities, or organized and disciplined priorities.
Trump is the master of distraction; chaos is his servant and social media both his cape to blind his rivals and his bully pulpit to lead his devotees in the march toward 2020.
Fulfilling promises pale in comparison to the larger-than-life personality of the American president; most have already decided how they feel about him regardless of policy outcomes. For all candidates, the next election looms.
(If you want to contribute and have specific expertise, please contact us at opinions@cgtn.com.)