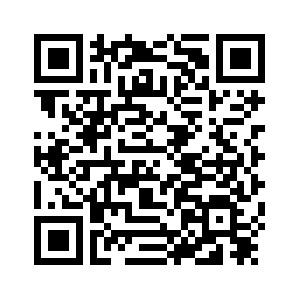 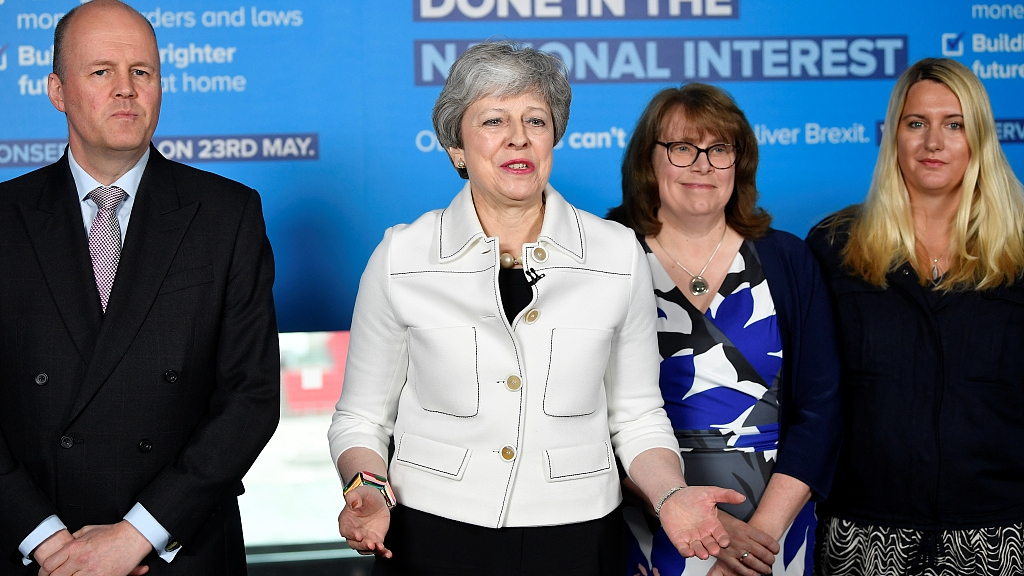 Editor's note: Thom Brooks is dean of Durham Law School and professor of law and government at Durham University. The article reflects the author's opinion, and not necessarily the views of CGTN.
After nearly three years of little progress over delivering Brexit, there have suddenly been enormous changes in British politics over the last two months. First came the pre-revolution in the form of Change UK, a self-declared independent group of MPs defecting from the Conservative and Labour parties. This small group hoped to usher in major change but have lacked much public appeal.
Their problem was they seemed a single issue party united on revoking Brexit, but divided on everything else. Instead of standing up for change as their name suggested, they were mostly for keeping the status quo. Unsurprisingly, this first big political move was more a ripple than an earthquake and doing poorly in the polls. 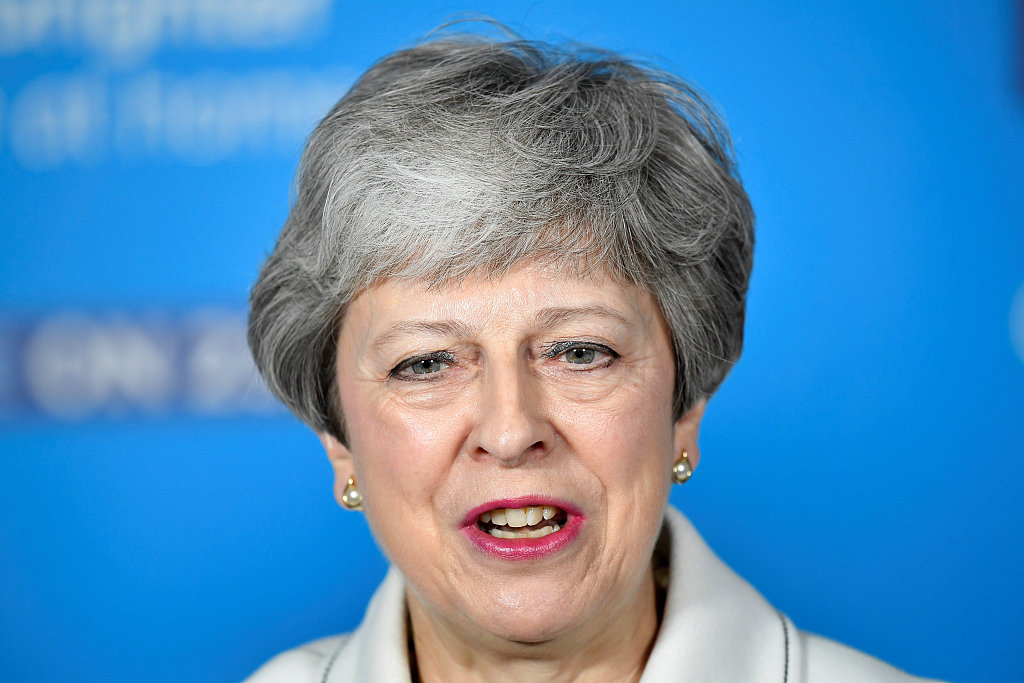 Then came the main revolution in the form of the Brexit Party, led by controversial former UK Independence Party leader Nigel Farage. This too looked like a one issue party committed to delivering Brexit with nothing said about any other issue. However, this new party is now riding high in the polls and may come first in the European elections. It's important to understand what makes them different to see why their message is winning support, but also the key to their defeat.
Farage's newly found success is in making this about democracy and not Brexit. He reminds voters that the main parties promised to honor the result of the last referendum. Brexit delayed is their democratic voice denied. This has a powerful appeal in a country with the mother of all parliamentary systems. Any attempt to stop Brexit is portrayed as undermining the UK's democracy. A simple view of a complex problem that has connected with a large number of pro-Leave voters.
The problem is that this strategy is self-defeating. Democracy is about much more than who gets the most votes, but also that this is done by following the same rules. Receiving the most votes only counts when the votes were cast lawfully. 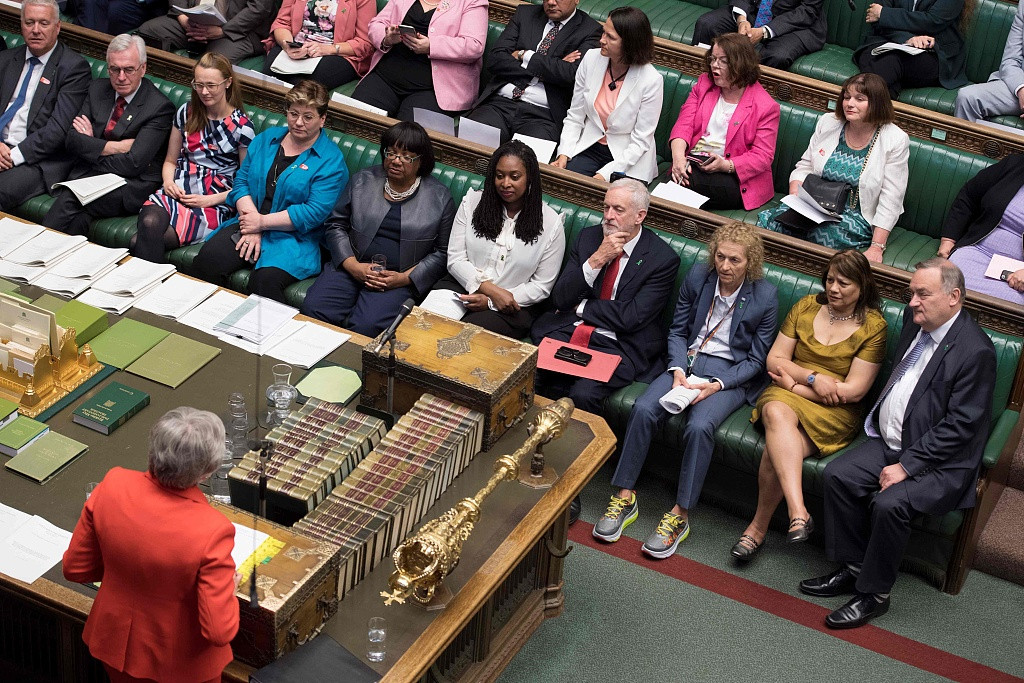 In the case of the EU referendum, we know that electoral law was broken by the pro-Brexit side. The Electoral Commission gave its highest sanction to the official campaign team and a second group leader before also reporting to the police for possible criminal prosecution.
If this was a normal case of an MP winning unlawfully, the election would be rerun. However, Brexit is not a normal case. The public were promised Brexit would deliver only gains and not pain despite every economic forecast confirming the opposite. It is no wonder even pro-Leave MPs have stopped short of approving the Prime Minister's plans. They know that promises made won't be delivered – and they do not want to be blamed for the campaign claims of the few associated with the official group.
During the original campaign, the public was told Brexit could mean a Norway model or remaining in a customs union. Now Farage's Brexit Party claims any Brexit will do whatever its consequences. This was not on the table when the vote was held, but as the debate has changed so too has Brexit's meaning as No Deal has become more popular for many Leavers than any deal. 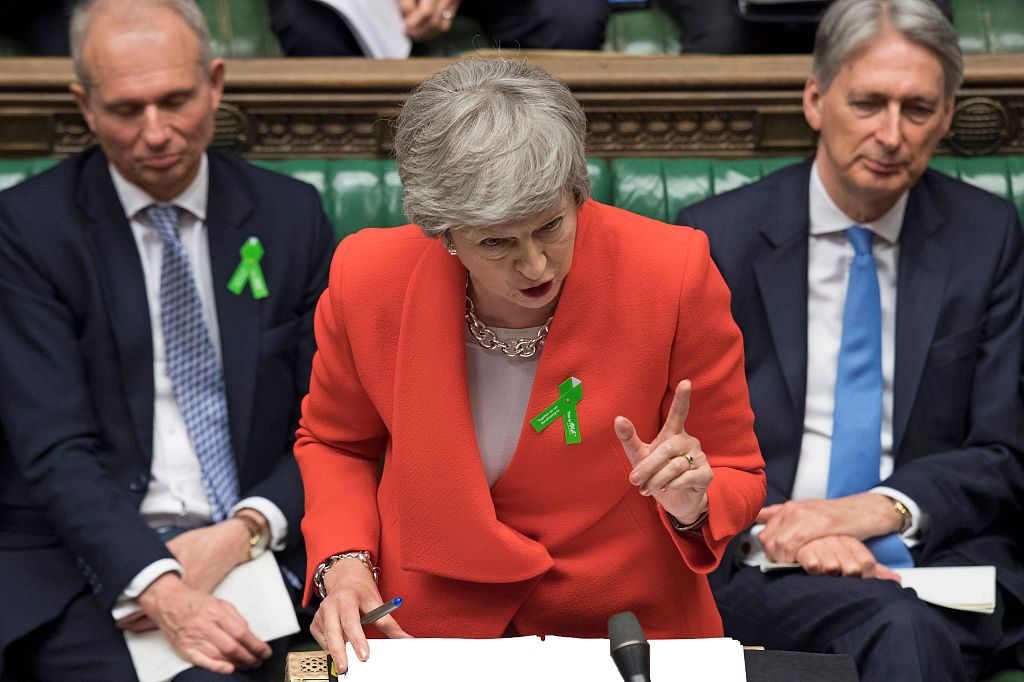 A handout photograph released by the UK Parliament on May 15, 2019, shows Britain's Prime Minister Theresa May speaking during the weekly Prime Minister's Questions (PMQs) in Parliament. /VCG Photo

A handout photograph released by the UK Parliament on May 15, 2019, shows Britain's Prime Minister Theresa May speaking during the weekly Prime Minister's Questions (PMQs) in Parliament. /VCG Photo

As this view has hardened, so too has the opposition wanting an end to Brexit altogether. Since the start, the pro-Remain side has wanted a rerun of the result – and from the start they were criticized for viewing voters with contempt showing sour grapes. This association of a second vote with being pro-Remain has unfortunately had the consequence of putting off support from anyone pro-Brexit for a second vote.
Ironically, a second referendum is not only the best way to end Brexit but in divided Britain the best way to deliver Brexit too. The first result does have serious concerns over its legitimacy. Perhaps voters would choose similarly and for a No Deal option. But a second run in accordance with the law seems a necessary means to legitimize the result for all and provide the clarity that a disunited UK needs urgently.
If Britain's democratic political system is in crisis because of Brexit, the solution is not to have any Brexit to get it over with but to hold a second, lawful referendum – and soon.
(If you want to contribute and have specific expertise, please contact us at opinions@cgtn.com.)