Theresa May must choose between Brexit or her party
Thom Brooks 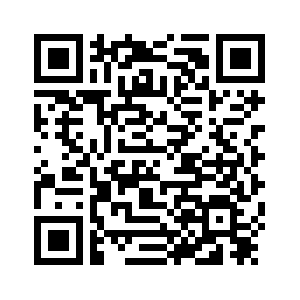 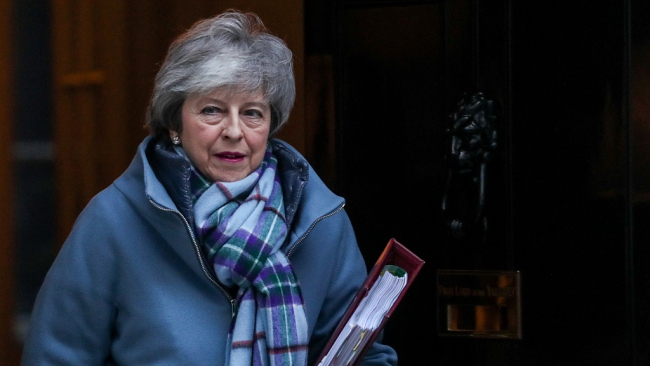 Editor's note: Thom Brooks is dean of Durham Law School and professor of Law and Government, Durham University. The article reflects the author's opinion, and not necessarily the views of CGTN.
Brexit hangs by its last thread as the UK reluctantly prepares to take part in elections for the European Union Parliament. Prime Minister Theresa May had repeatedly promised that Brexit would happen by 29 March since triggering the process two years earlier. However, a number of political miscalculations have led to a parliamentary standoff not seen for a generation.
The roots of the current problem are easier to identify than its solution. After failing to gain a majority of MPs in the 2010 election, Prime Minister David Cameron blamed the rising popularity of UKIP for eroding support for his Conservative Party. His quick fix was to promise a referendum on EU membership if his party won the next election - which it did with a small majority. He promptly set a date for the referendum which was rushed and soon ushered him out of 10 Downing Street about a year after winning a surprise victory.
After campaigning to remain in the EU, Theresa May moved swiftly to win over the many Eurosceptics in her party by promising to deliver Brexit. Her problem was that the promises to reassure were mostly aimed at her party instead of the country ever since. 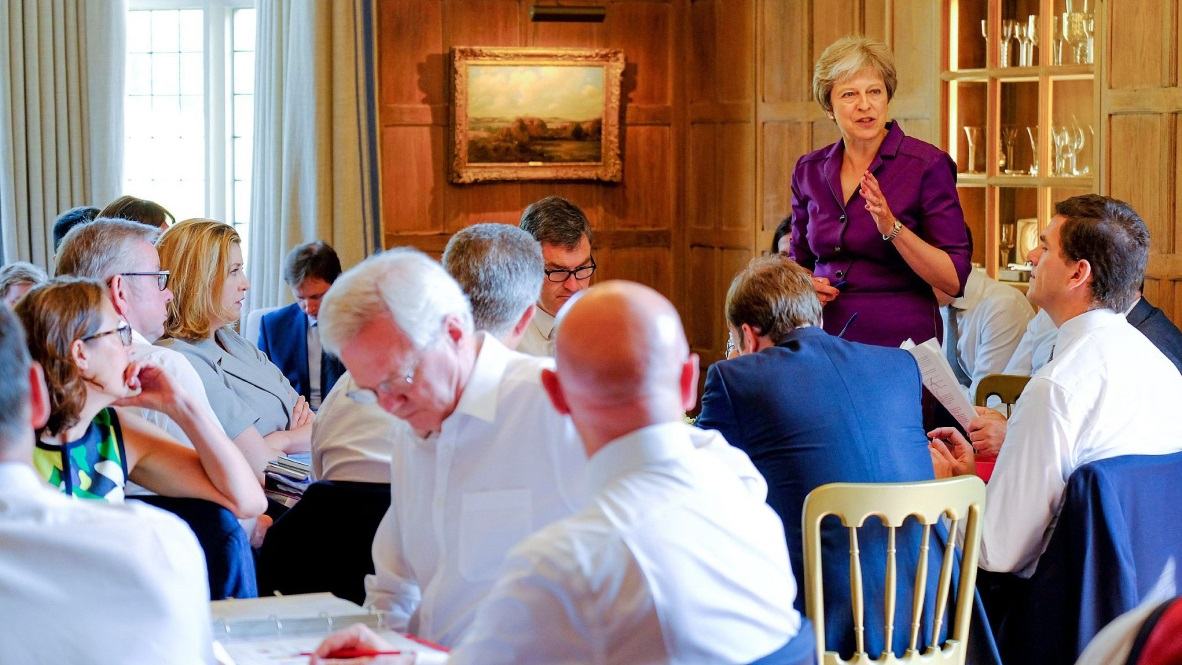 UK Prime Minister Theresa May speaks to members of her cabinet about her Brexit plan at Chequers, near Aylesbury, Britain, July 26, 2018. /VCG Photo

UK Prime Minister Theresa May speaks to members of her cabinet about her Brexit plan at Chequers, near Aylesbury, Britain, July 26, 2018. /VCG Photo

May had taken total ownership of Brexit negotiations refusing to engage with Cabinet ministers, her backbenchers or opposition MPs alike. This was to be her Brexit triumph on her terms and timetable. How differently this could have ended if she had not gone it alone.
Until September with only six months left to go she first shared details of the Withdrawal Agreement she had confirmed with the EU pending the UK Parliament's approval. Within days, she lost two Cabinet Secretaries in the critically important positions of Brexit Secretary and Foreign Secretary. As is now clear, the situation has only become worse for May with more resignations as Parliament has rejected her deal an unprecedented three times by historic defeats for the government.
May now has a clear, but difficult choice between Brexit or her party. But she cannot have both.
Her first option is Brexit. Parliament has made clear both its rejection of her plan, but also a possible roadmap towards a compromise Brexit. There is probably a majority of MPs that would back a Brexit with the UK remaining in the EU's Customs Union, especially if subjected to a popular vote. This would be the softest of all soft Brexits, but it would pave a way towards the UK leaving the EU.
But if she chooses this option, May will set her party against her. Already we find three out of five Tory voters plan to vote for the new Brexit Party in EU Parliamentary elections. Their primary motivation is frustration with May's failure to deliver Brexit that is boiling over into hardened support for a No Deal exit whatever the economic consequences for the short or medium term. Failure to shift position means further hemorrhaging Tory voters to alternatives that may see her party implode. 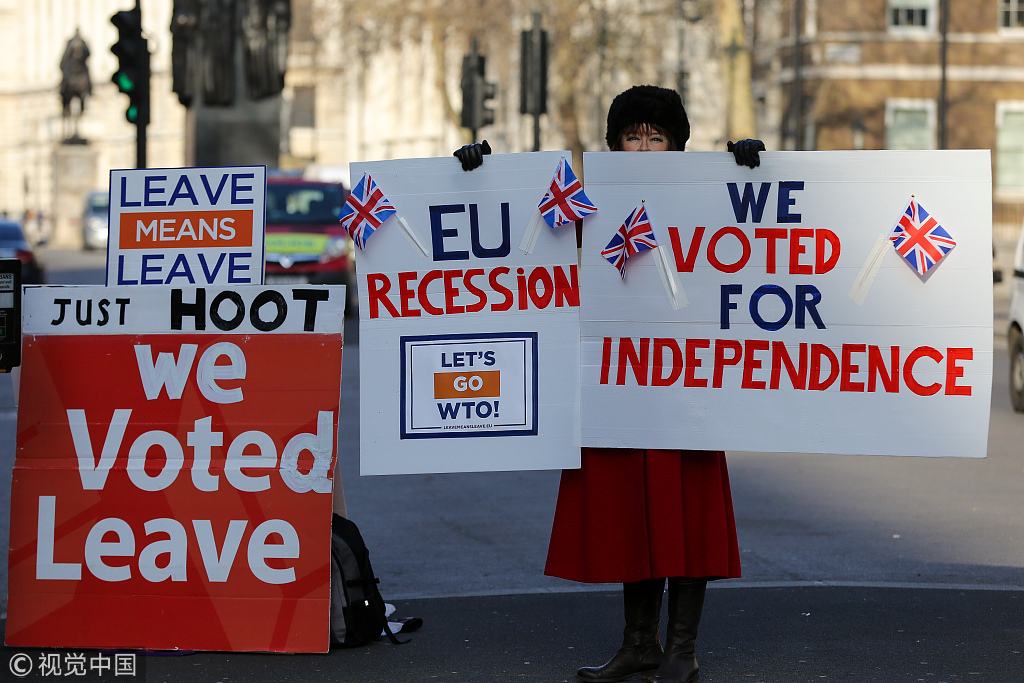 Her second option is then to back her party. A clear majority of its members want No Deal and a new leader. But if she chooses this option, then any hope of compromise with opposition MPs will be lost. Even the DUP who agreed to support her premiership now have their doubts about Brexit in the current climate.
So May might want to unite a majority of MPs or her party. But she must recognize that she cannot have them both as things stand.
Perhaps the biggest concern for the Prime Minister might be neither option seems likely to unite the country either which has grown tired of the Conservatives, her repeated failure to deliver on her Brexit promises and a solid majority of voters increasingly backing stopping Brexit altogether.
The most likely outcome is May will stick with those she knows and hopes to win back in her party to preserve not only her future legacy, but to continue her premiership just long enough for her fortunes to change. Yet with Brexit no closer to being delivered and her party now actively considering changing its rules to oust her, time is not a luxury she can rely on.
(If you want to contribute and have specific expertise, please contact us at opinions@cgtn.com)