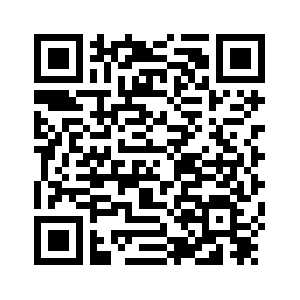 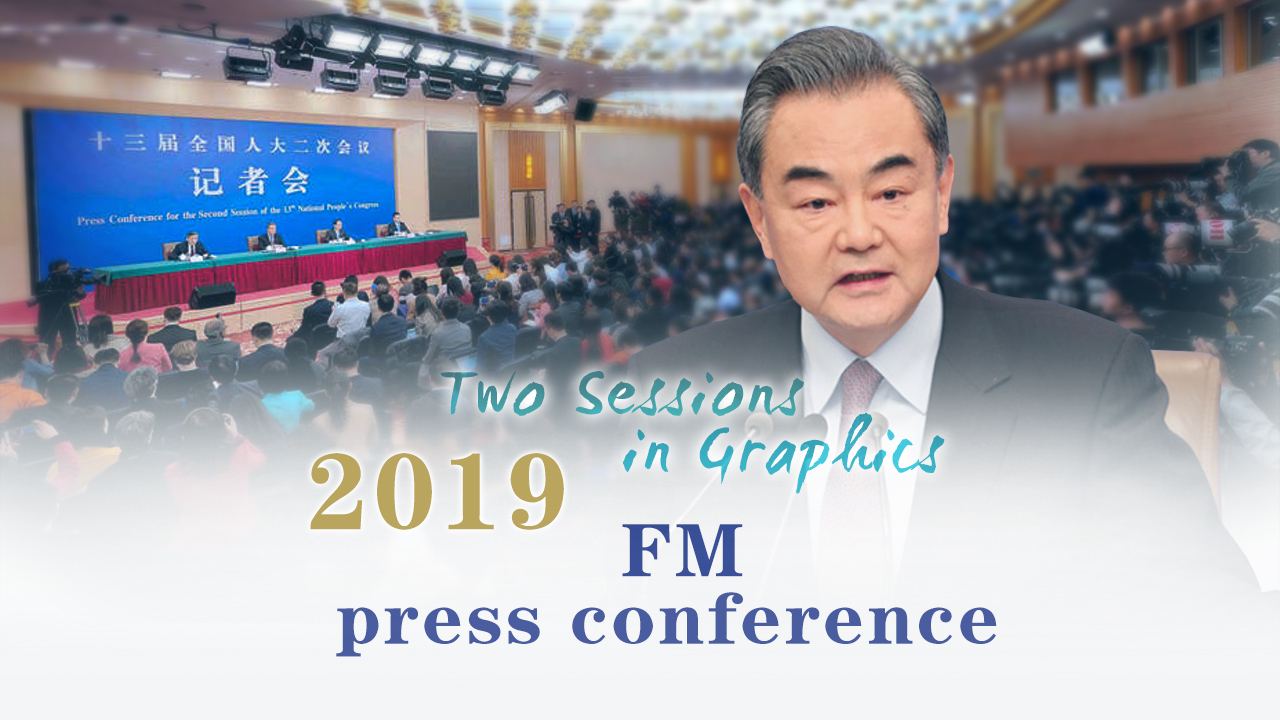 Chinese State Councilor and Foreign Minister Wang Yi Friday gave a briefing on China's diplomatic achievements from last year and stated China's stances on major international issues at a press conference on the sidelines of the second session of the 13th National People's Congress in Beijing.

CGTN analyzed the questions from the journalists and visualized their topics and keywords from Wang's responses in the following graphic. 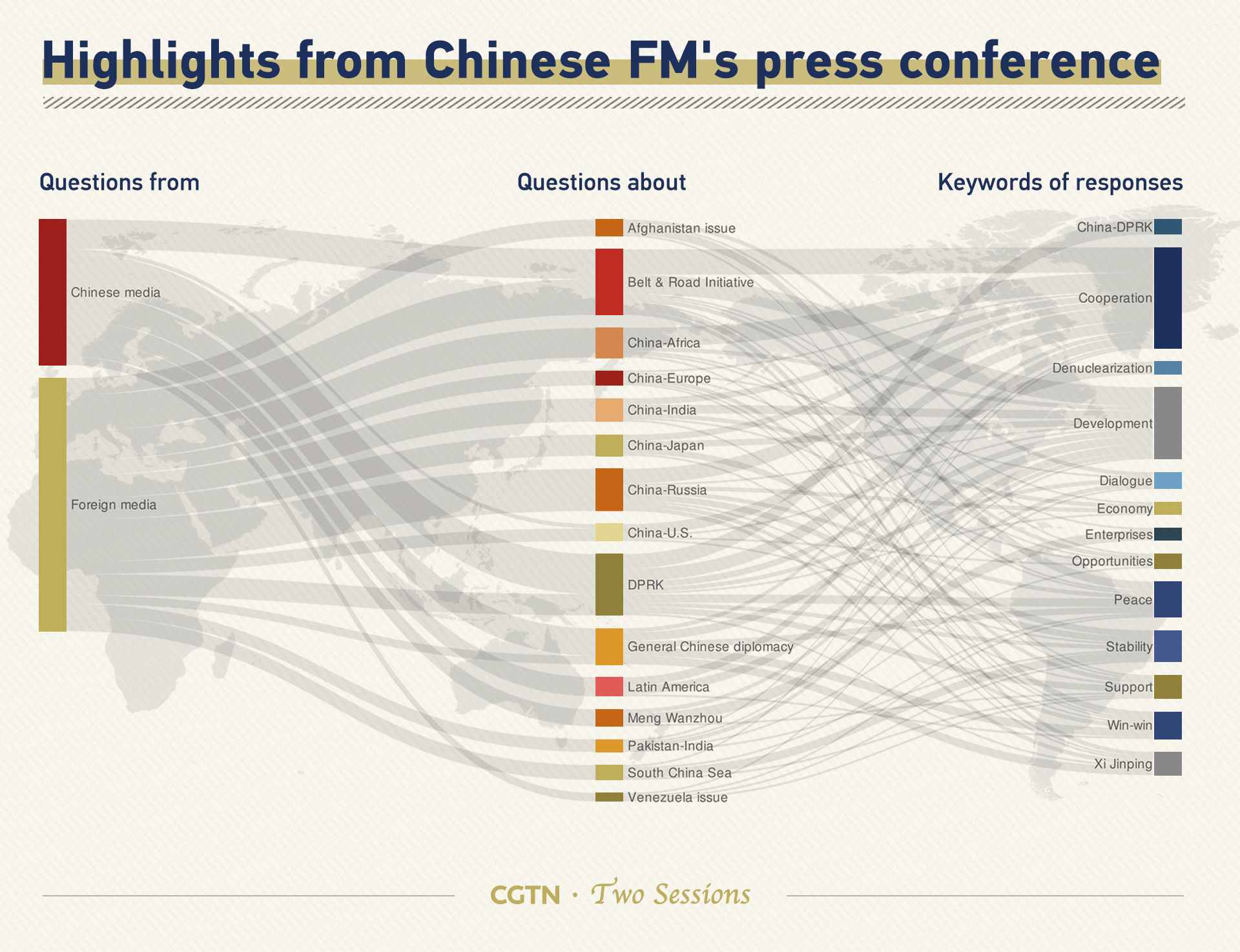 The flows suggest journalists from both Chinese and foreign media have put their focus on the Belt and Road Initiative and issues of the Democratic People's Republic of Korea (DPRK), and overall, "Cooperation" and "Development" are the top two words from Wang's responses.

Read more on what Wang has said on those topics:

In the second graphic, CGTN has compared the text of the foreign minister's press conference with the one from last year, and listed new words and phrases. Those words and phrases reflect recent high-profile issues such as the U.S. plan to withdraw troops from Afghanistan and the recent Pakistan-India conflicts. It also highlights the 70th anniversary of the establishment of the People's Republic of China, as well as the 70th anniversary of diplomatic ties between China and Russia, and China and the DPRK. 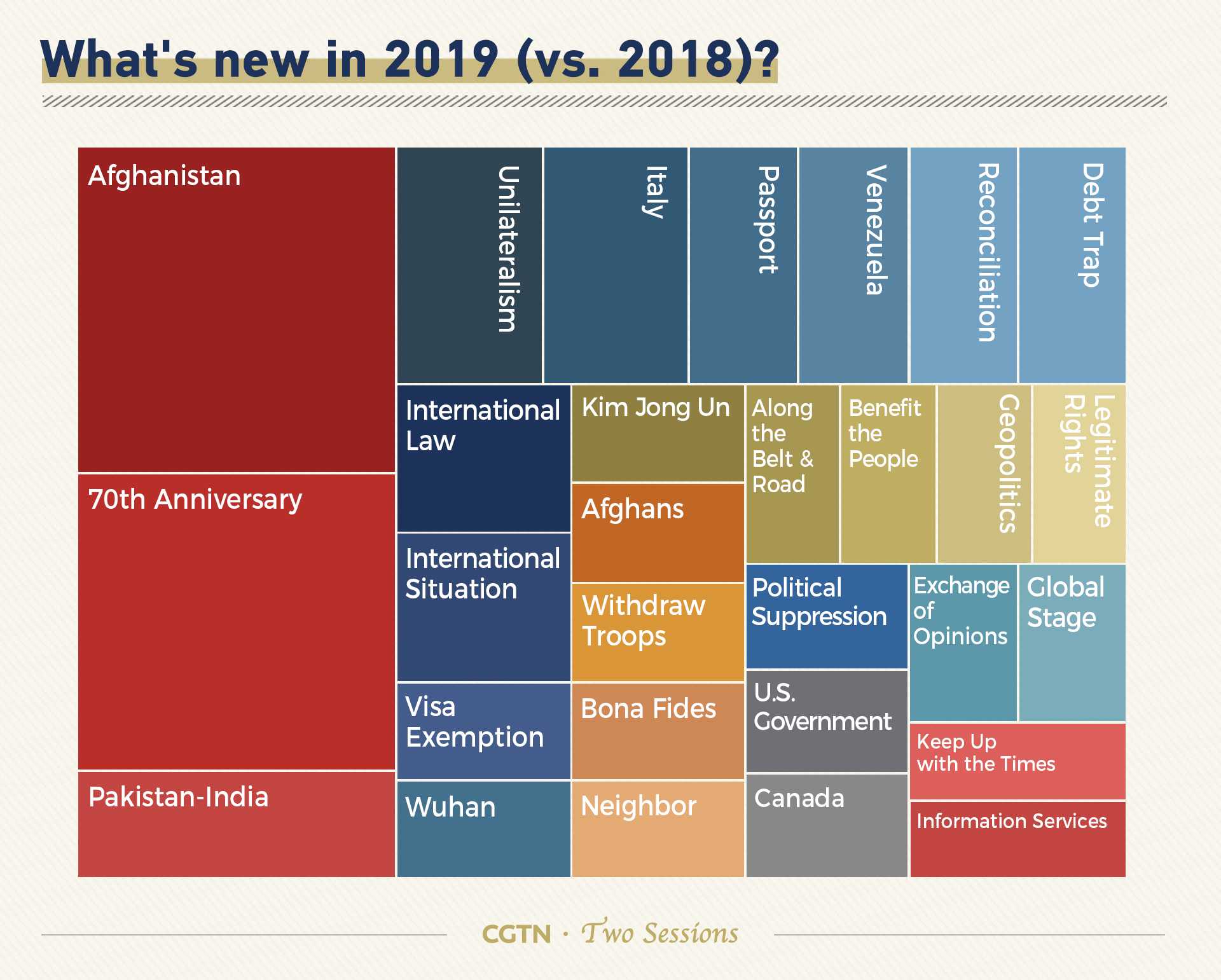