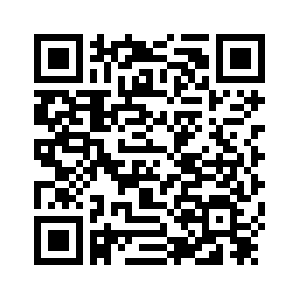 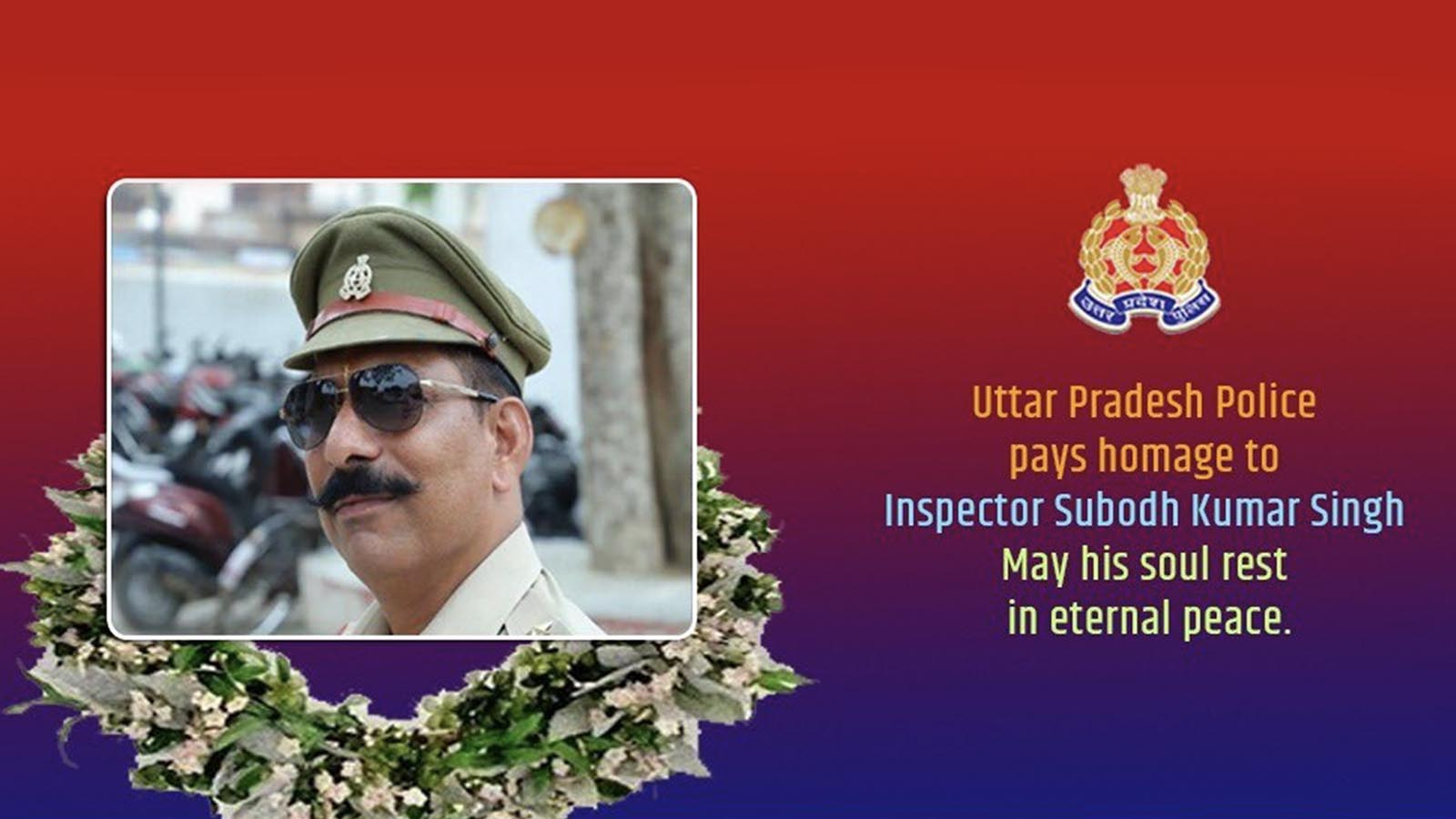 A frightening silence prevails in Chingrawati village, just 2 kilometers from Bulandshar district in the northern Indian state of Uttar Pradesh (UP), two days after a local police officer was stoned, chased and shot dead by an angry mob protesting alleged cow slaughter.
It all started on Monday, when inspector Subodh Kumar Singh, 47, received a call that a group of villagers had gathered outside Chingrawati police outpost after animal carcasses were found in a nearby forest, Ram Kumar, inspector general of police (Uttar Pradesh/Meerut range), told CGTN Digital. "They wanted to block the road demanding immediate action against those who had killed the animals." 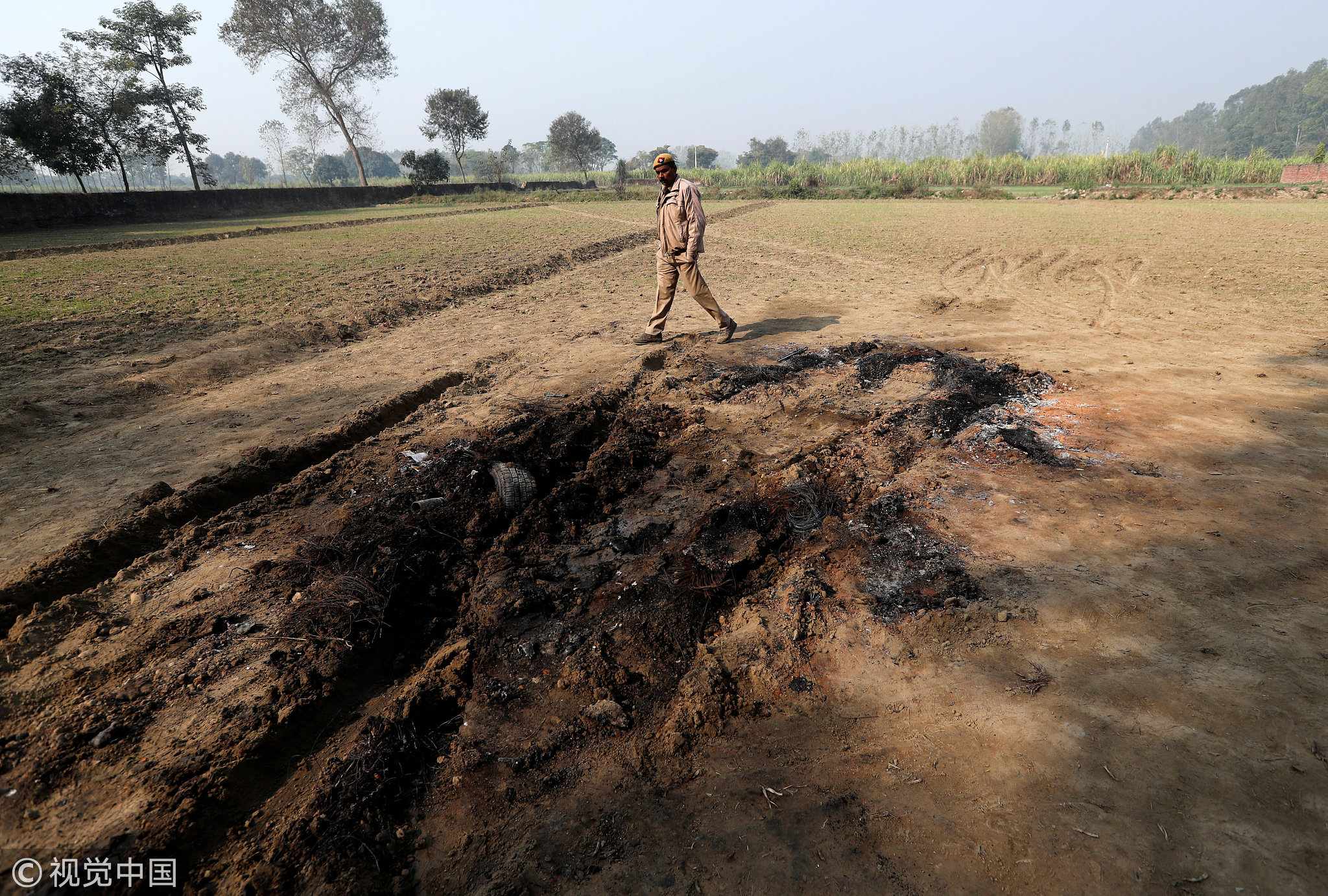 The spot where inspector Subodh Kumar Singh was killed by a mob during protests against alleged cow slaughter in Chingrawati village in Bulandshahr district, Uttar Pradesh, India, December 5, 2018. /VCG photo

The spot where inspector Subodh Kumar Singh was killed by a mob during protests against alleged cow slaughter in Chingrawati village in Bulandshahr district, Uttar Pradesh, India, December 5, 2018. /VCG photo

While local media reports suggest there were about 400 people in the crowd, Kumar maintained that there were not more than 100.
According to the police, some people of the mob had homemade revolvers. "We are still investigating who fired first," said Kumar, adding that "The crowd got more aggressive after a protester was shot dead in the firing." While some cops managed to flee, inspector Singh wasn't that lucky. The mob even set the police outpost and vehicles on fire. 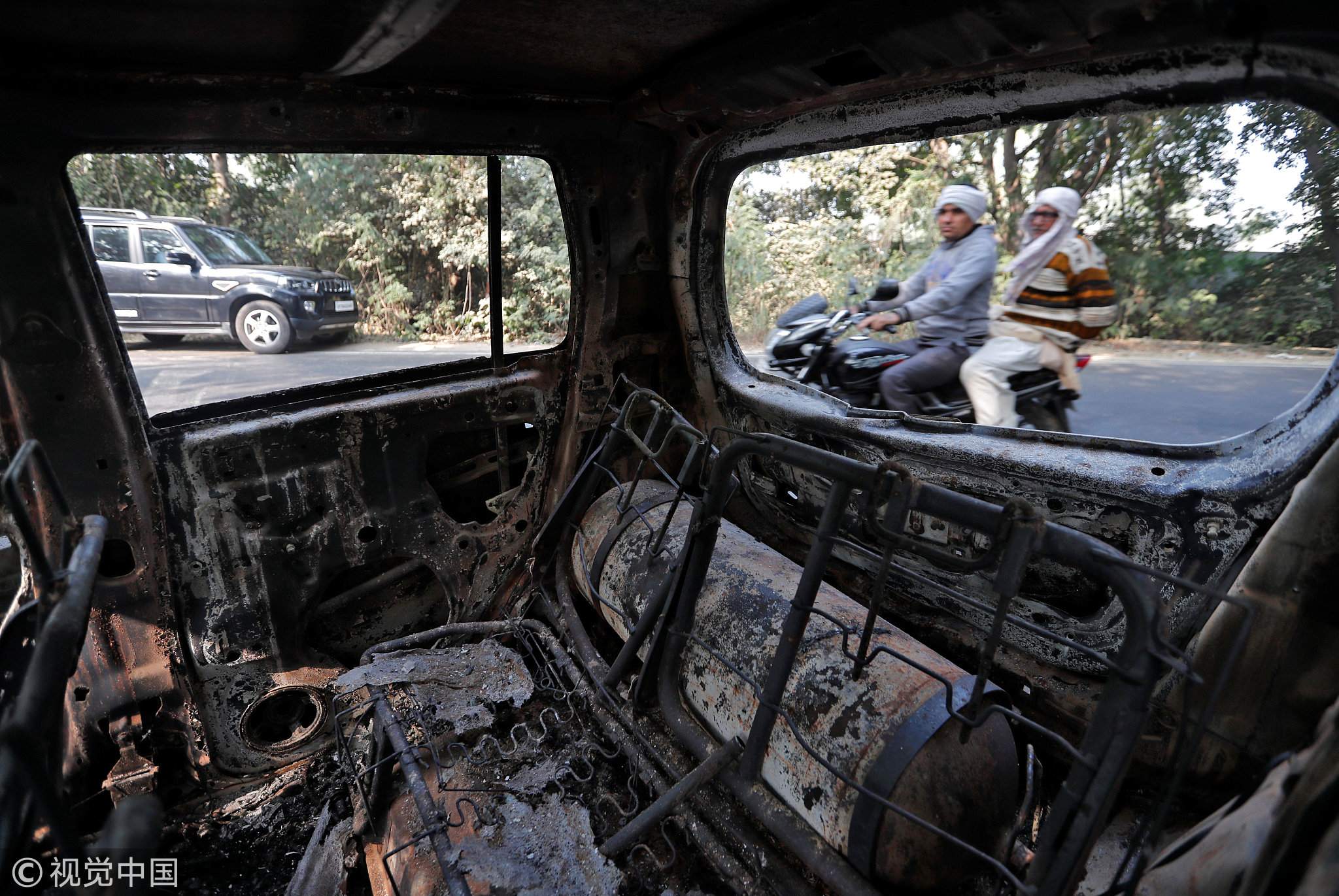 A charred vehicle is seen after it was burned by a mob in Chingrawati village in Bulandshahr district, Uttar Pradesh, India, December 5, 2018. /VCG photo

A charred vehicle is seen after it was burned by a mob in Chingrawati village in Bulandshahr district, Uttar Pradesh, India, December 5, 2018. /VCG photo

A rampaging mob shouting "goli maro" (shoot him), and throwing stones at the policemen could be seen in multiple videos related to the violence that have surfaced on several social media platforms since Monday.
A special investigation team has been constituted to probe the violence and two cases were filed after the incident – one related to the murder of the cop and the other on cow slaughter. Interestingly, Yogesh Raj, a right-wing activist who is one of the key accused in the policeman's murder, is also a complainant in the alleged cow slaughter case and remains absconding.
As the police were still looking for him, he released a video on his Twitter account pleading innocence and contradicting the police's version. 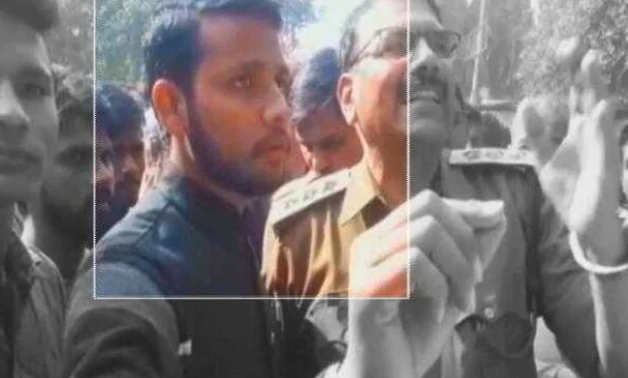 Main accused Yogesh Raj is seen in a video in which a police officer tries to placate him. /courtesy of NDTV.com

Main accused Yogesh Raj is seen in a video in which a police officer tries to placate him. /courtesy of NDTV.com

"While three suspects have been arrested in connection with the murder, two dozen more are facing charges of rioting and destroying public property," Kumar told CGTN. "Four suspects have been arrested for cow slaughter."
But media reports contradict police's claims. Seven people, including two minors, aged 11 and 12, have also been charged by the police for cow slaughter. Saurabh Shukla, a correspondent for Indian news channel NDTV 24X7, told CGTN Digital that during his investigative reporting he found at least six of the seven names were bogus.
"We spoke to the father of these children, he claims that they were not even in the village when the incident happened. How can children slaughter cows?" said Shukla, adding that "One man who left the village 13 years back has been named, three other names the villagers have never heard."
"The two minors were interrogated by the police for four hours on Wednesday." 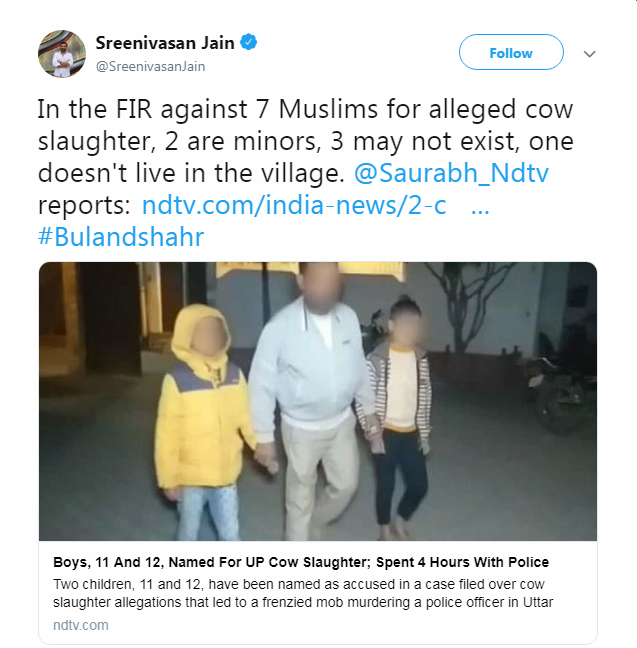 Police raids were conducted overnight in the village to find more suspects, after which local media reported that many male members have left the village fearing an arrest.
"Yes, we are conducting raids, and only those are trying to escape who are involved in the violence," Kumar told CGTN.
Meanwhile, the police chief of the state hinted at a "larger conspiracy" behind the violence, O.P. Singh, the director general of UP police, told news agency ANI, "This incident is a bigger conspiracy. This is not only a law and order issue, how did the cattle carcass reach there?"
The state's chief minister Yogi Adityanath, who's also a Hindu monk, held a security review meeting on Wednesday. A government statement issued after the meeting ordered officers to speed up arrests for cow slaughter but was silent on the cop's murder. 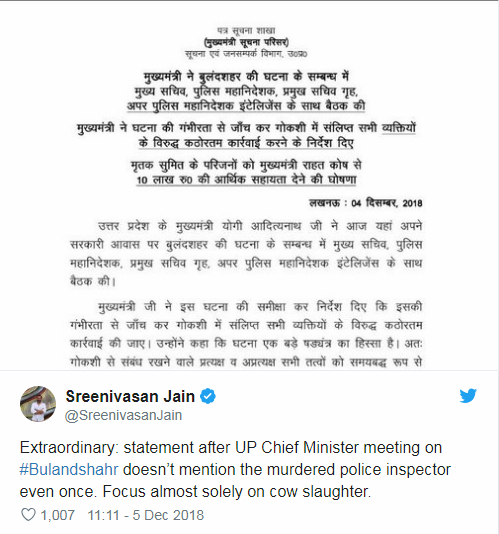 In the name of holy cow
Cow slaughter is banned in many Hindu majority states in India, including Uttar Pradesh, as cows are considered holy by Hindus.
In recent years, there have been several cases of cow vigilantism resulting in assault against Muslims and backward caste Dalits over cow slaughter and beef consumption. 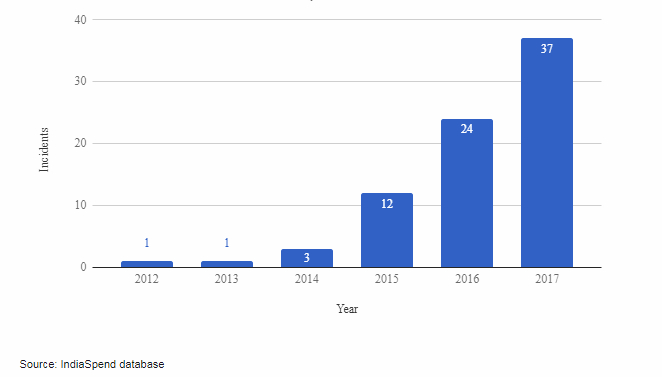 According to data analytics site IndiaSpend, between 2012 and 2017, 78 cases of cow-related violence were reported in India which killed 29 people. In 2017 alone, 37 such cases were reported.
The deceased cop, Subodh Kumar Singh was an investigating officer in one of the lynching cases related to cow slaughter from September 2015 to November 2015.
3741km