Every sip is a new journey – Korean soju
By She Jingwei 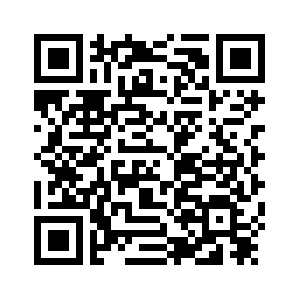 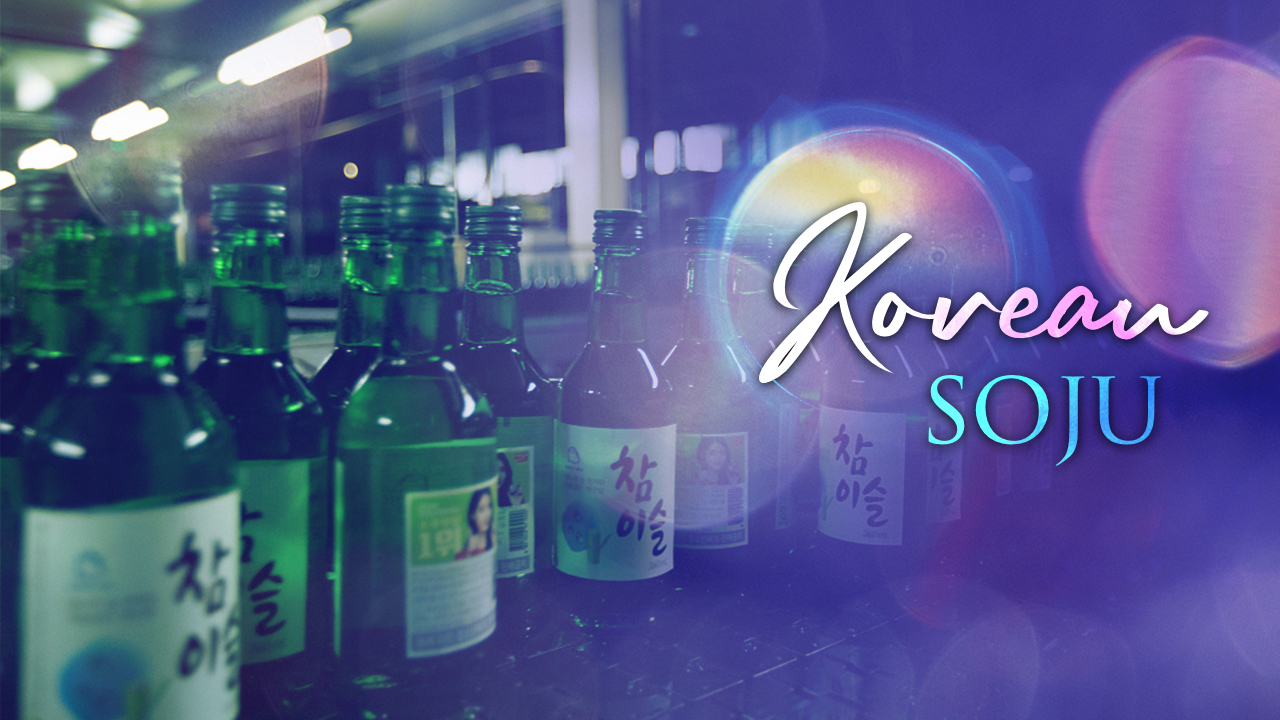 Finding a tavern for a glass of wine after a long week's hard work is how many people around the world begin the weekend. But when it comes to Korea, what do they drink the most? If you want to get a taste of Korea, follow CGTN Travel as we will take you on a tour of the country's defining spirit: Soju. 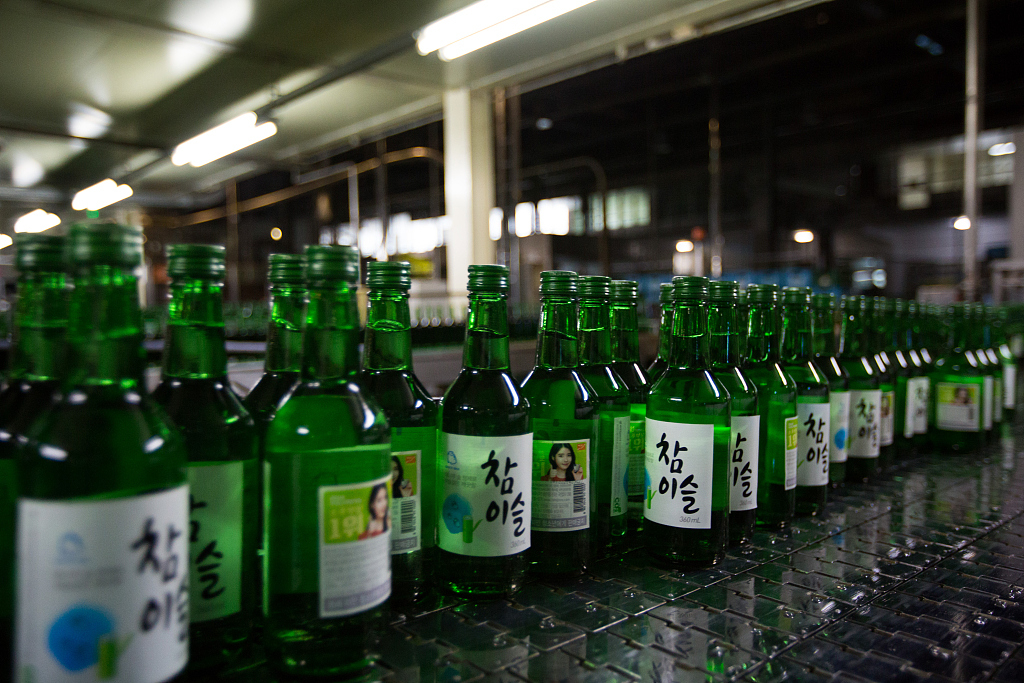 Bottles of soju on the shelf. /VCG Photo

Bottles of soju on the shelf. /VCG Photo

Noted as Korea's iconic alcoholic beverage, soju, traditionally made from rice and grains, is a clear and colorless distilled beverage and the most popular liquor in South Korea. Because of its low price (approximately 1 U.S. dollar per bottle at convenience stores), soju is favored and accepted by most people. The world's leading producer of soju, Hite Jinro, is the most famous soju brand founded in 1924 in South Korea, accounting for more than half of the domestic sales of soju. 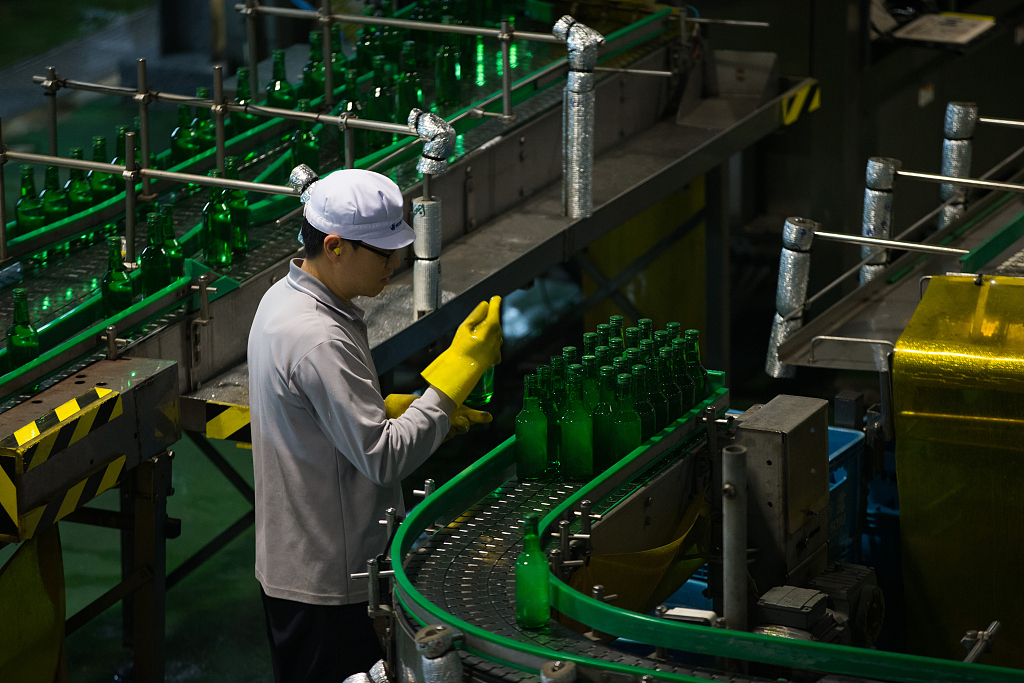 An employee inspects bottles of soju as they move along a conveyor on the production line at the Hite Jinro Co. factory in Icheon, South Korea. /VCG Photo

An employee inspects bottles of soju as they move along a conveyor on the production line at the Hite Jinro Co. factory in Icheon, South Korea. /VCG Photo

Today, many cocktails and mixed drinks use Korean soju as a base spirit, like somaek, which is a cocktail that mixes beer with soju. It's also popular to blend fruits with soju to make variety of flavors.

In many Korean dramas or movies, there are often scenes involving soju and the consumption of alcohol, reflecting every day life in the country. 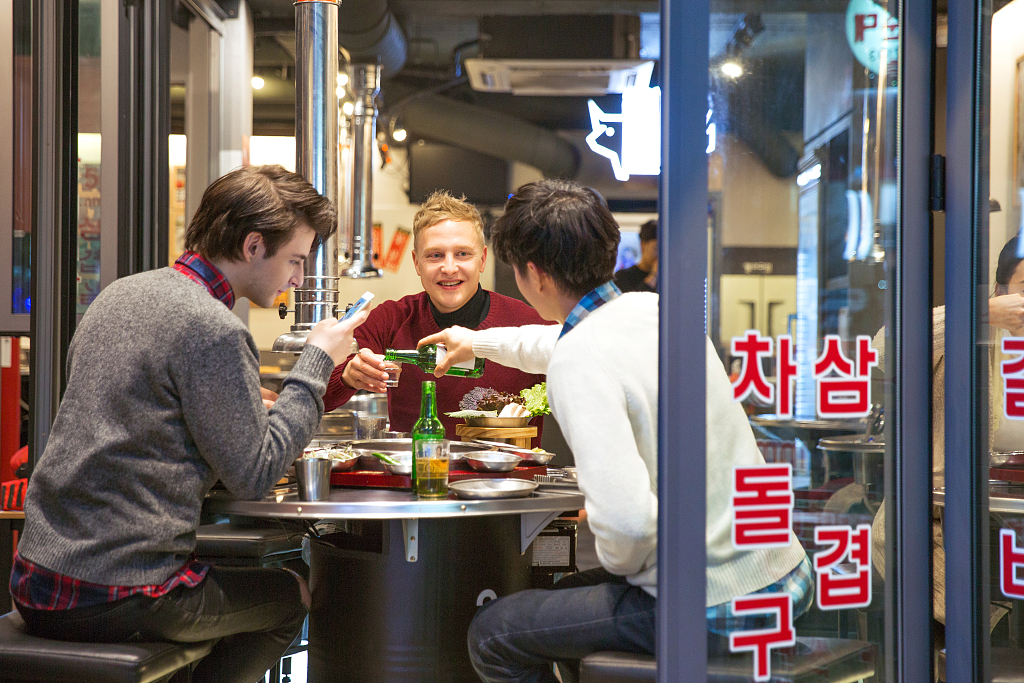 Thanks to the popularity of Korean dramas and movies, soju has gradually become popular around the world and its sales have seen astounding in many other countries. For example, according to Food navigator-Asia news, a total of 8.54 million bottles were sold in Vietnam in 2018, which is a 32 percent rise from the previous year of 2017. It's undeniable that Korean dramas have made a great difference to the promotion of soju.

Food to go with soju

In Korea, soju is usually served and enjoyed with snacks or side dishes called anju. The most popular of which are pork belly meats! There are a wide selection of meats available on a Korean BBQ grill, and most of them work in perfect harmony with the drink. 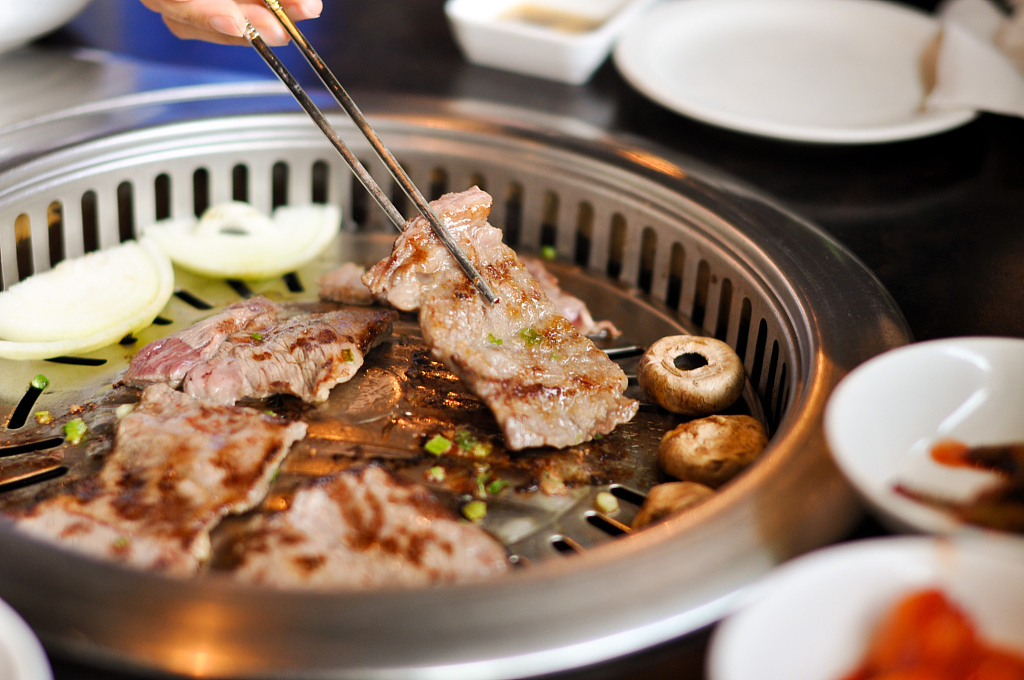 In addition to pork belly meats, fruits also go well with soju. In many bars or nightclubs, the fresh fruit plates are commonly served with Korean soju, and they are often served alongside the drink at home too.

Here are some tasting notes listed below to help you drink Korean soju in the proper way.
1. For a better taste, it is recommended to shake the bottle before drinking.
2. Soju is typically drunk by using the proper glass instead of drinking it directly from the bottle.
3. When drinking, receiving or pouring soju for other people, do remember to use both hands to hold the bottle in order to show respect. 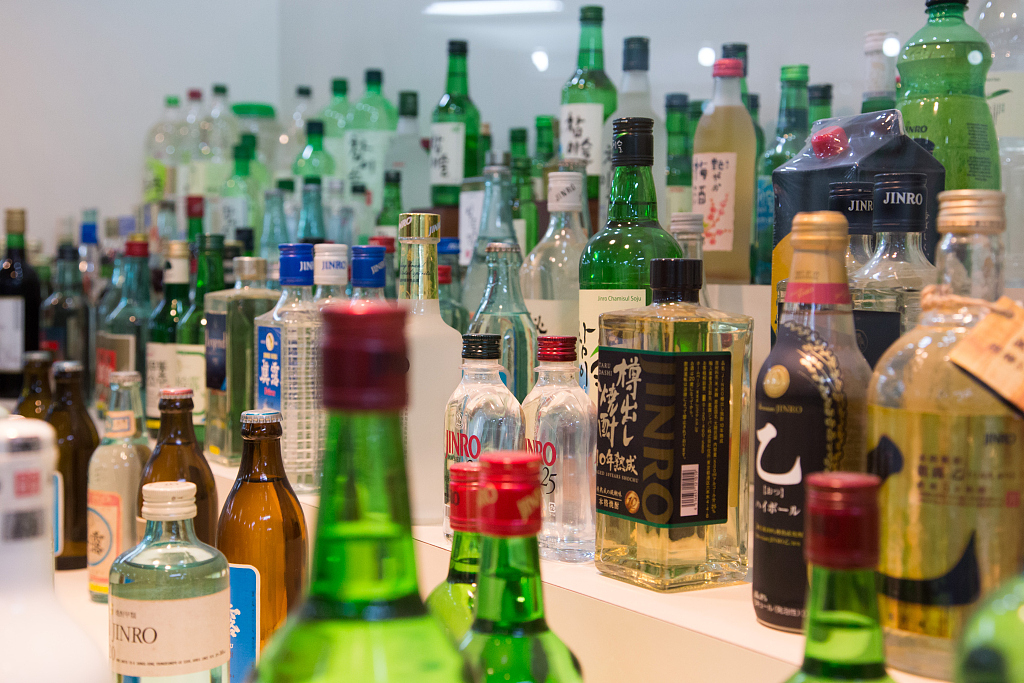