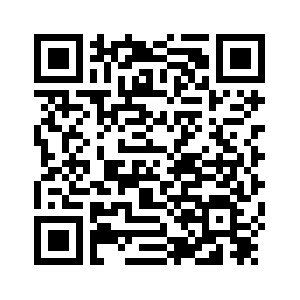 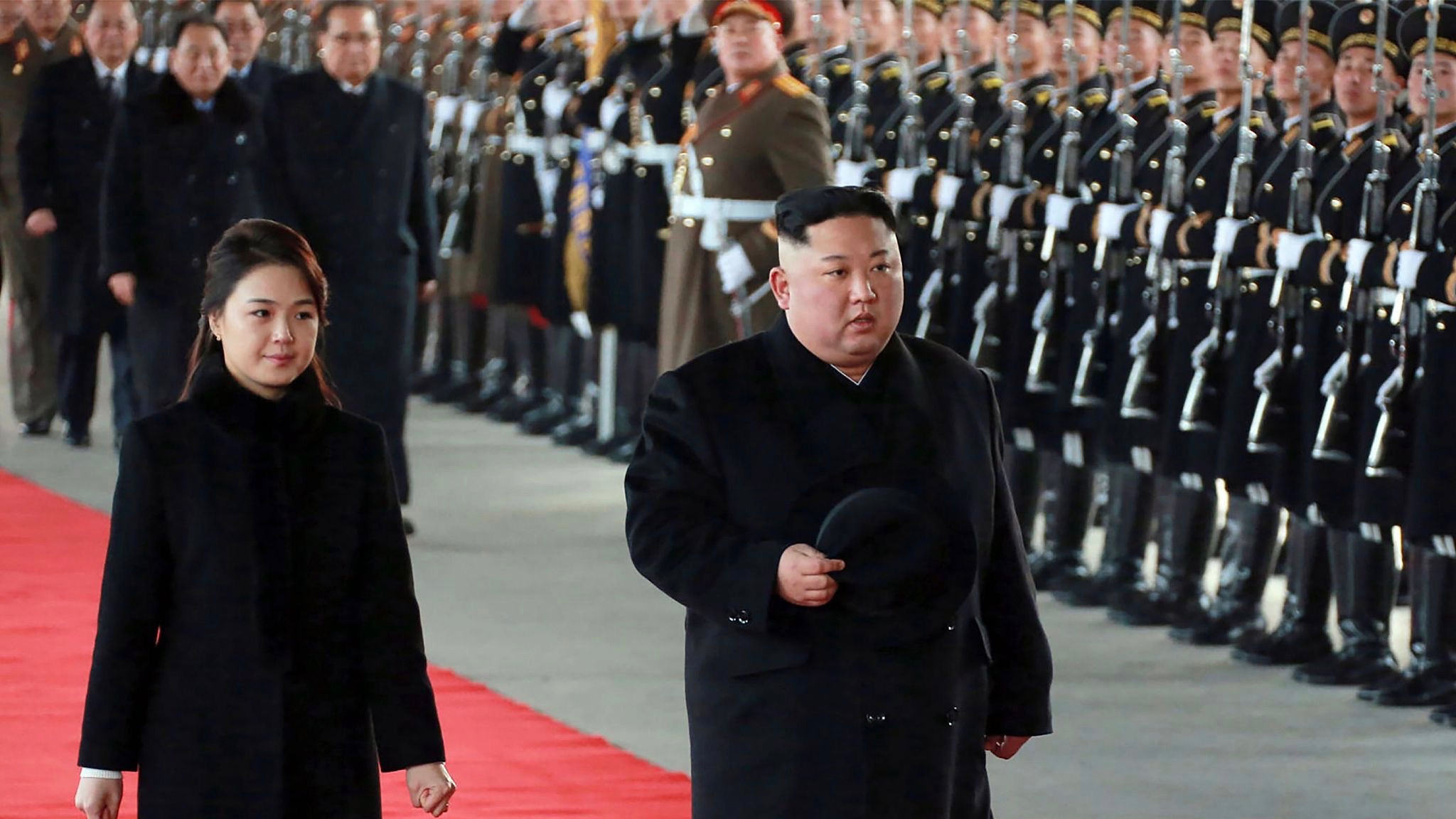 Kim Jong Un has once again come into the limelight as a heavily-armored green train traversed the border between the Democratic People's Republic of Korea (DPRK) and China late Monday night. This year marks the 70th anniversary of the establishment of diplomatic relations between two neighboring nations and Kim's visit comes on the back of the strong diplomatic hand he had played in 2018, eyeing to further ties after a high-wire year.

A diplomatic routine in the making

The young leader, accompanied by his wife Ri Sol Ju and senior diplomats, commenced a four-day China visit on Tuesday – his birthday. “It sounds the signal that Pyongyang wants to consolidate its traditional friendship with Beijing,” said Wang Chong, a senior fellow with the Charhar Institute. Kim is trying to bequeath the legacy of China-DPRK trust, which dates back to his grandfather Kim Il Sung, who officially visited China 11 times after the end of the Korean War.
During Kim's last China visit, which came after the historic Singapore summit, Chinese President Xi Jinping told him that China's resolute position on developing ties with the DPRK will not change, the Chinese people's friendship for the DPRK people will not change and China's support for a socialist DPRK will not change. 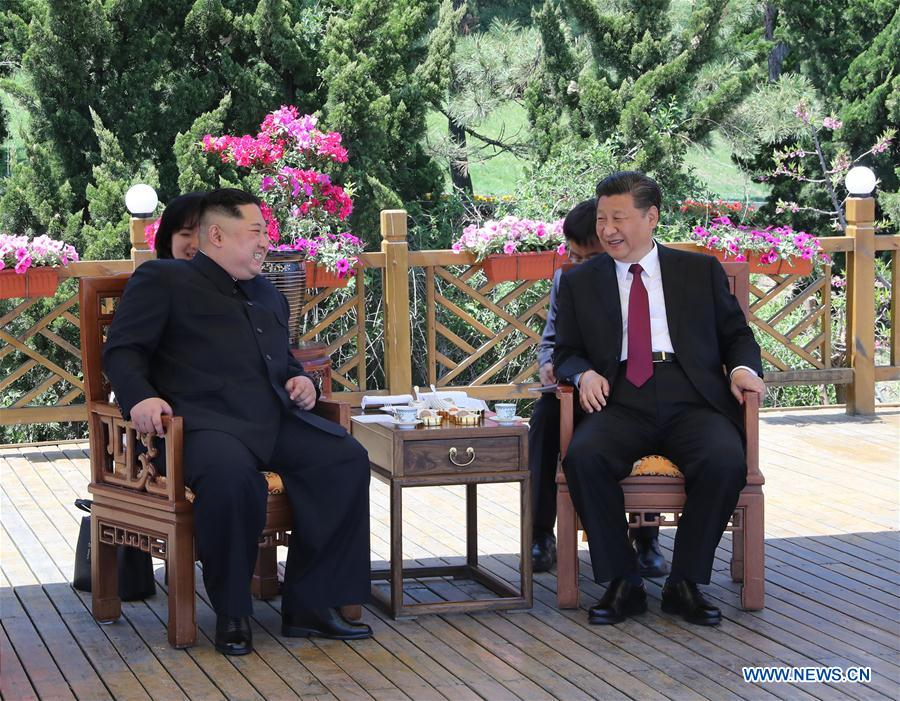 Xi Jinping (R), general secretary of the Central Committee of the Communist Party of China (CPC) and Chinese president, holds talks with Kim Jong Un, chairman of the Workers' Party of Korea (WPK) and chairman of the State Affairs Commission of the Democratic People's Republic of Korea (DPRK), in Dalian, northeast China's Liaoning Province, May 7-8, 2018. /Xinhua Photo

Xi Jinping (R), general secretary of the Central Committee of the Communist Party of China (CPC) and Chinese president, holds talks with Kim Jong Un, chairman of the Workers' Party of Korea (WPK) and chairman of the State Affairs Commission of the Democratic People's Republic of Korea (DPRK), in Dalian, northeast China's Liaoning Province, May 7-8, 2018. /Xinhua Photo

Last march, Kim made his international debut with a secret Beijing trip after seven years in power and has since started a whirlwind of proactive diplomacy. Within three months, he met with President Xi three times, each meeting arriving at a critical moment in Pyongyang's diplomatic maneuvers with Seoul and Washington.
Kim's flurry of overtures over the first half of 2018 culminated in the high-profile summit with U.S. President Donald Trump in June. Apart from setting the course for the normalization of bilateral ties, the meeting brought a gleam of hope to ending the decades-long quasi-war status blighting the Korean Peninsula.

A precursor to the next Trump-Kim summit?

But the budding relationship failed to blossom, as the Singapore summit ended with more smiles and handshakes than specifics and clarifications. The debate as to what it will take to realize “complete denuclearization of the Korean Peninsula” continues. Pyongyang insists on a phased approach to denuclearization and a withdrawal of American troops on the peninsula, while Washington demands complete, verifiable, irreversible dismantlement of the DPRK's nuclear arsenals before it will soften sanctions.
“The Singapore summit was more symbolic as it sketched neither a timetable nor a roadmap for denuclearization,” Da Zhigang, director of the Institute of Northeast Asian Studies at the Heilongjiang Academy of Social Sciences, told CGTN. Both refuse to budge and that's why the trend has decelerated, and the two sides seem to be stuck.
In his 2019 New Year speech, Kim talked about an alternative path. While the DPRK seems despondent over the stalled denuclearization talks, it needs China's diplomatic support to gain leverage in the second Trump-Kim summit, which will probably be held in February. 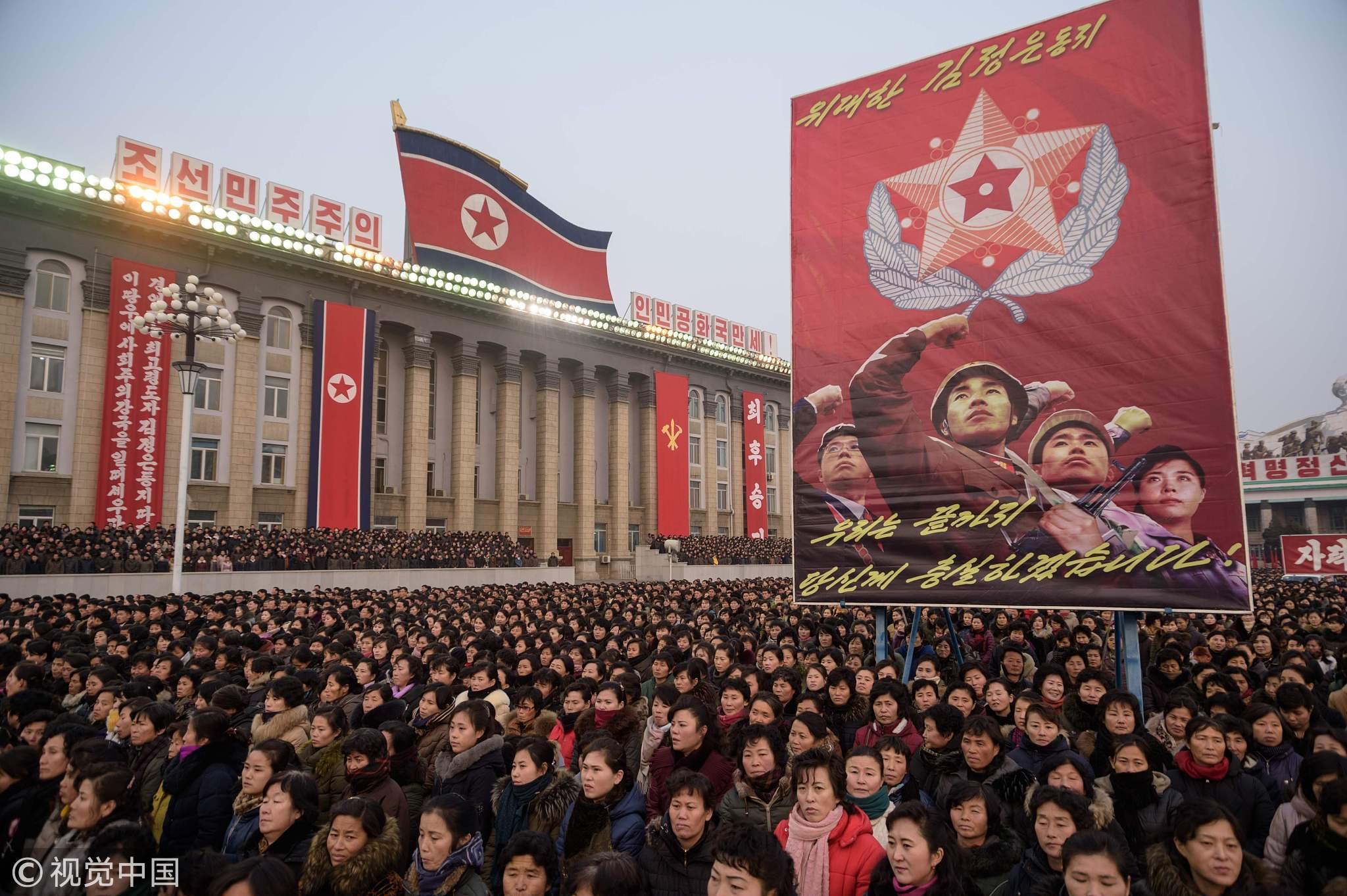 Kim also espoused “multi-party negotiations” in turning the armistice that brought an end to the Korean War into a permanent peace treaty. Over the years, China has been playing an instrumental role in the denuclearization effort on the Korean Peninsula.
So future talks on the fate of the peninsula cannot be completed without involving all related parties, including both Koreas, China, and the U.S. Other regional stakeholders, including Russia and Japan, are also expected to play a role in bringing peace and prosperity to Northeast Asia. Kim is likely to put Moscow on his overseas travel agenda this year, according to Wang Chong, also president of the June World Institute.

To buoy a deflating economy

The long isolated state was plunged into an opportunity cost dilemma after it launched six nuclear tests in 2017 alone, adding to its economic woes. In 2016, the DPRK's per capita gross national income was 1,342 U.S. dollars, less than five percent of that of its southern neighbor. Extensive sanctions against the DPRK's oil imports and textile exports have dragged on its economy and its people's livelihood.
Last year, in a surprise move, Kim jettisoned the two-plank "byunjin" policy – pursuing the parallel development of nuclear arsenals and economic modernization – and went all in to bolster the economy completely.
In his latest speech, Kim devoted two thirds of the time to talking about the economy. While underlining “Juche” (self-reliance), he expressed the willingness to open more to foreign trade and investment.
“Given China's diplomatic influence and economic presence, the young Kim longs to seek more cooperation with the Asian powerhouse and acquire experience, particularly in ratcheting up the socialist economy,” said Da Zhigang. 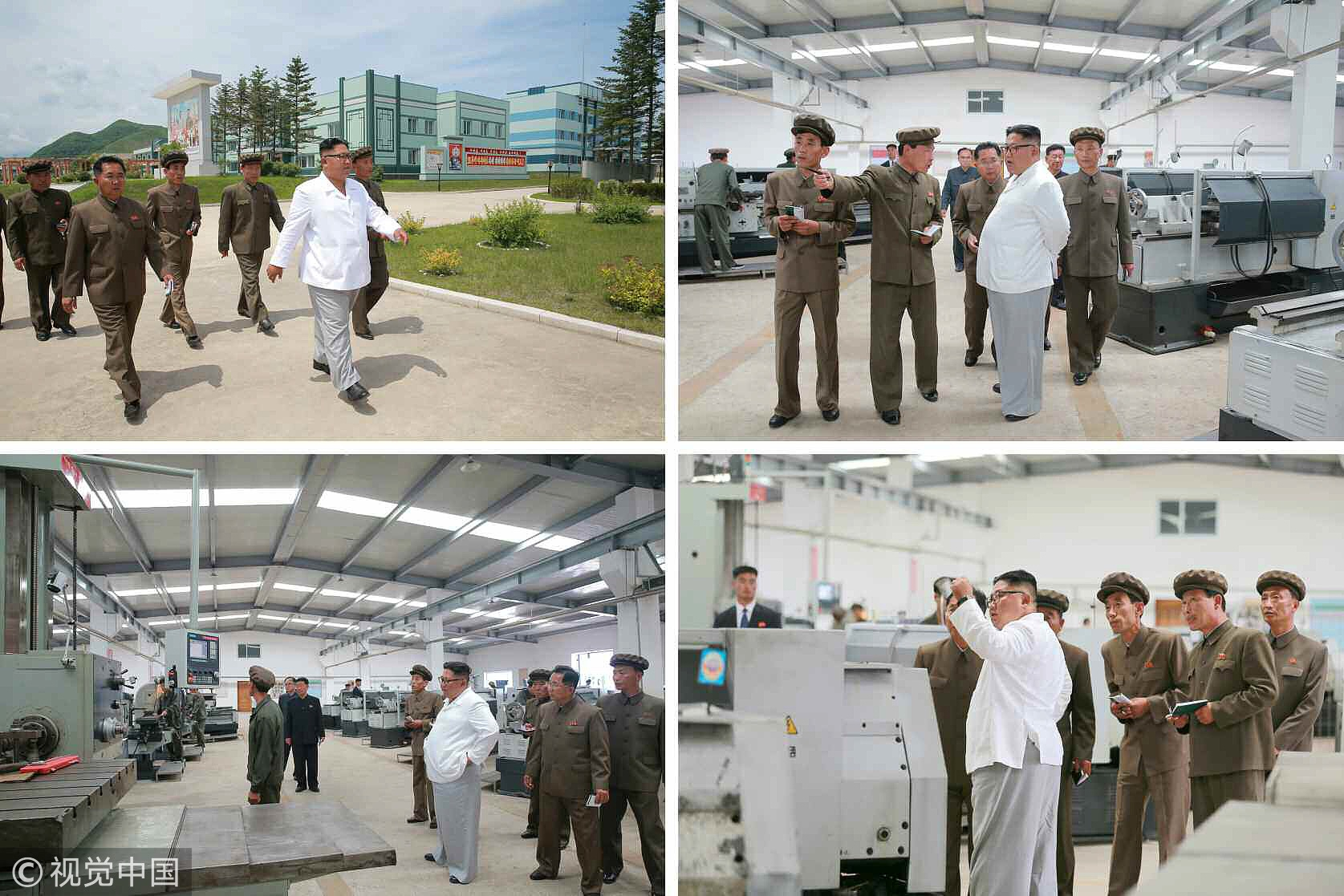 For years, China has been the DPRK's largest trading partner. In 2017, its exports to China made up 86.3 percent of all its exports. As such, the bilateral relationship isn't only vital to the DPRK's current economy, but allows China to provide guidance in following a path of stable development, much as the second largest economy did 40 years ago under its reform and opening-up policy.
Nonetheless, to strike a peace treaty on one of the world's last Cold War legacies inevitably sets it on an arduous path. “The uncertain global landscape is complicating the scenario on the Korean Peninsula,” Wang Chong told CGTN.
Regional stakeholders will continue this sophisticated game from war to peace, but at least it seems to be shifting away from belligerent engagement. Furthermore, Trump and Kim – both wayward leaders – may well change the situation at any time.
(Cover photo: DPRK leader Kim Jong Un (R) and his wife Ri Sol Ju leave Pyongyang Station to visit China, January 7, 2019. /VCG Photo)