Time to end the war in Yemen
Bobby Naderi 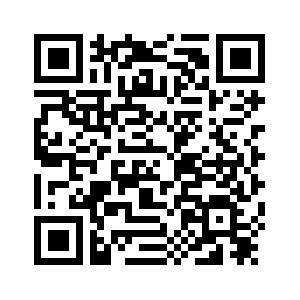 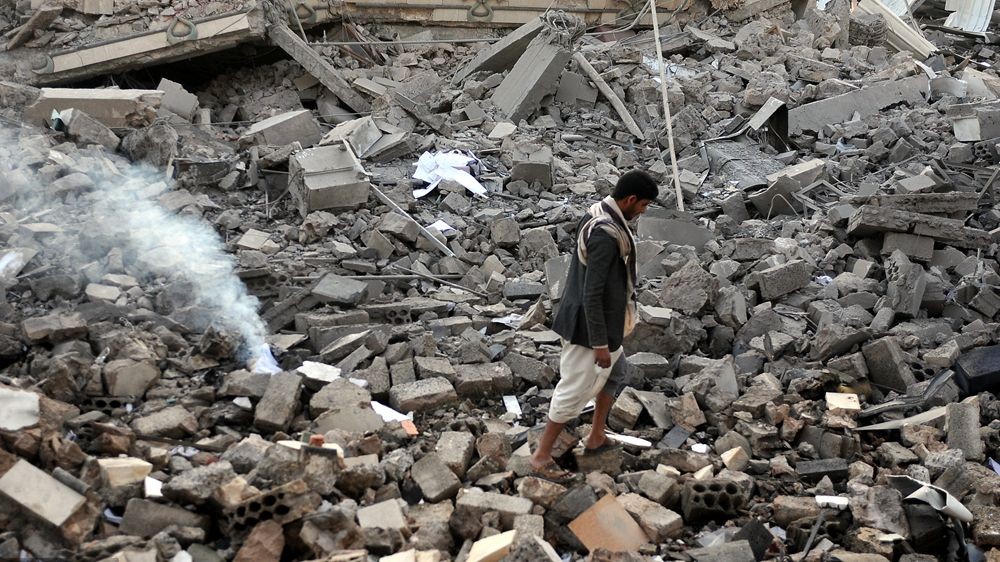 Editor's note: Bobby Naderi is a journalist, a current affairs commentator, a documentary filmmaker and a member of the Writers Guild of Great Britain. The article reflects the author's opinion, and not necessarily the views of CGTN.
In a general sense, the decision by U.S. President Donald Trump to veto a bill passed by Congress to end support for the Saudi-led war in Yemen is not what the United Nations and the long-suffering people of the poorest country in the Arab world would like to see right now.
The war-torn nation has been suffering for more than four years because no one shows any trust to stop glorifying the violence, pull back from the port city of Hodeida, and move on from the protracted conflict – despite a ceasefire agreement endorsed by the UN Security Council.
Doing a little calculating, Houthi leaders are still reluctant to come to terms with the fact that there was no need for their hardcore rebel forces to capture the capital city of Sanaa late 2014 in alliance with troops loyal to former president Ali Abdullah Saleh.
By the same token, there was no need for Saudi Arabia to make a rash decision, assemble a coalition, and “launch an air campaign against the rebels in March 2015 to try to restore the internationally recognized government of President Abd Rabbu Mansour Hadi.”
As well, the United States and its NATO allies had the chance to be a champion of peace in the Arabian Peninsula, yet they erroneously provided logistical support for the Saudi-led campaign of air raids and henceforth became complicit with Houthis and Saudis in the world's worst humanitarian catastrophe. 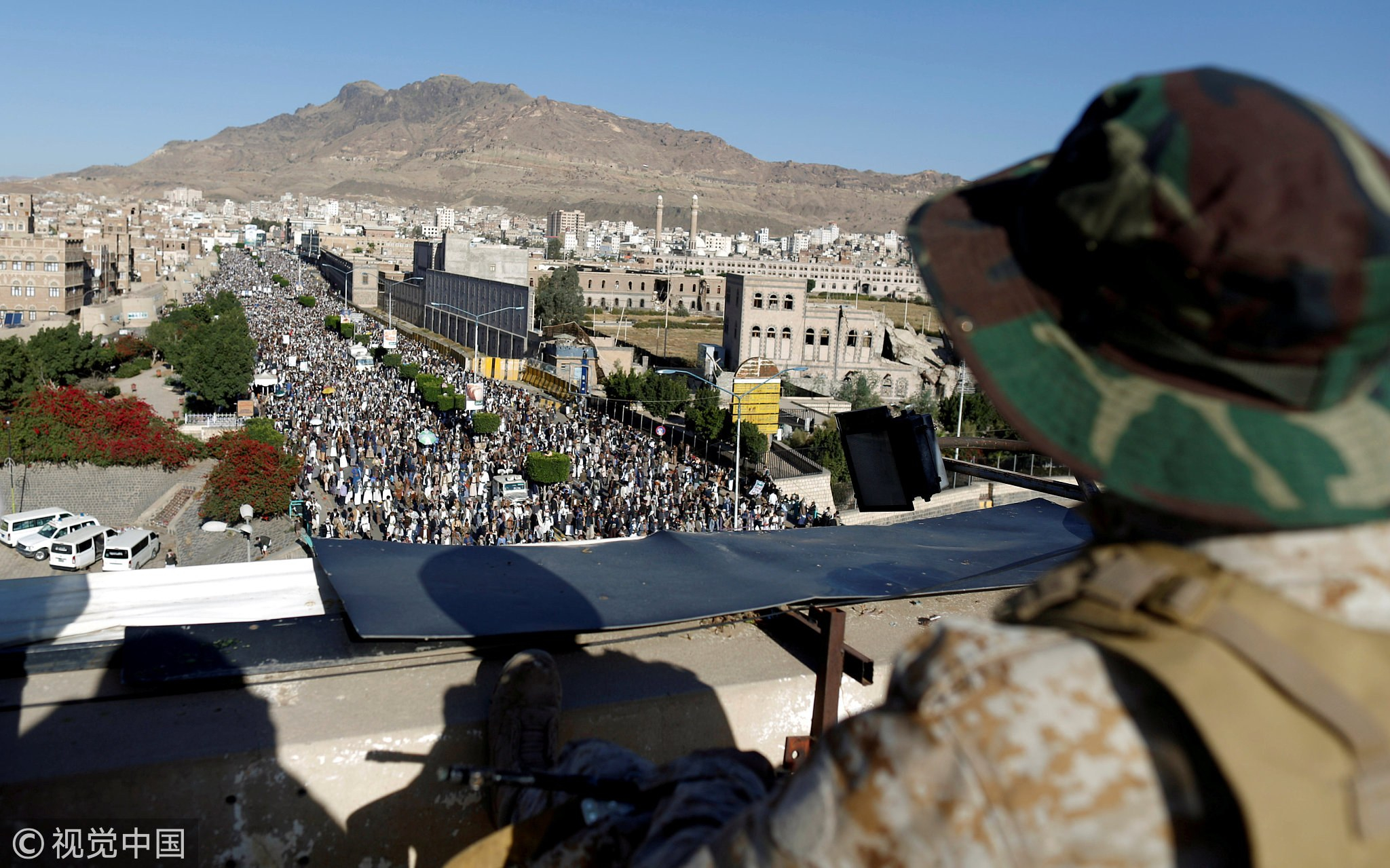 The comparison couldn't be grimmer. It is because of the deliberate actions and mistakes of all these regional players that tens of thousands of innocent civilians, including women and children, have been killed, millions of poor families have lost their homes, and the blockaded country is on the brink of famine and mass starvation. What else did they expect? This was predictable right from the outset.
The clueless Houthis are only fooling themselves to think that the ongoing humanitarian crisis is a price worth paying for controlling Sanaa and continuing the resistance. The Saudis and their allies are mistaken to assume that risking the lives of millions of civilians to famine, blockade and airstrikes is a price worth paying for the pointless intervention to restore President Hadi to power.
And President Trump is dead wrong to think his veto could help win the battle and protect America's security and interests in the region.
Far from it, the battle cannot be won by anyone and it's a fantasy to insist otherwise. The warring factions and parties should realize the vision of UN-brokered ceasefire agreement instead, and work for a solution to the humanitarian crisis. They should attend peace talks in good faith and without preconditions, and stick to any agreement reached there.
Overwhelmed by four years of attacks, counterattacks, carnage and death, a majority of people in Yemen want an immediate end to the war and the blockade. They expect all powerful groupings to represent this point of view at the United Nations. They expect the international civil society to help the country's disparate regional, tribal and sectarian elements understand the importance of ending the violence, lifting the blockade, and the pressing need for humanitarian relief.
To put that in perspective, the Houthis, the Saudis and their allies should stop perverting facts. They must face their ambitions and realize that they are not saving Yemen. They are disintegrating the country and bringing it to heel. This should give them the chills and leave them with enough determination to bring the war to an unconditional end. 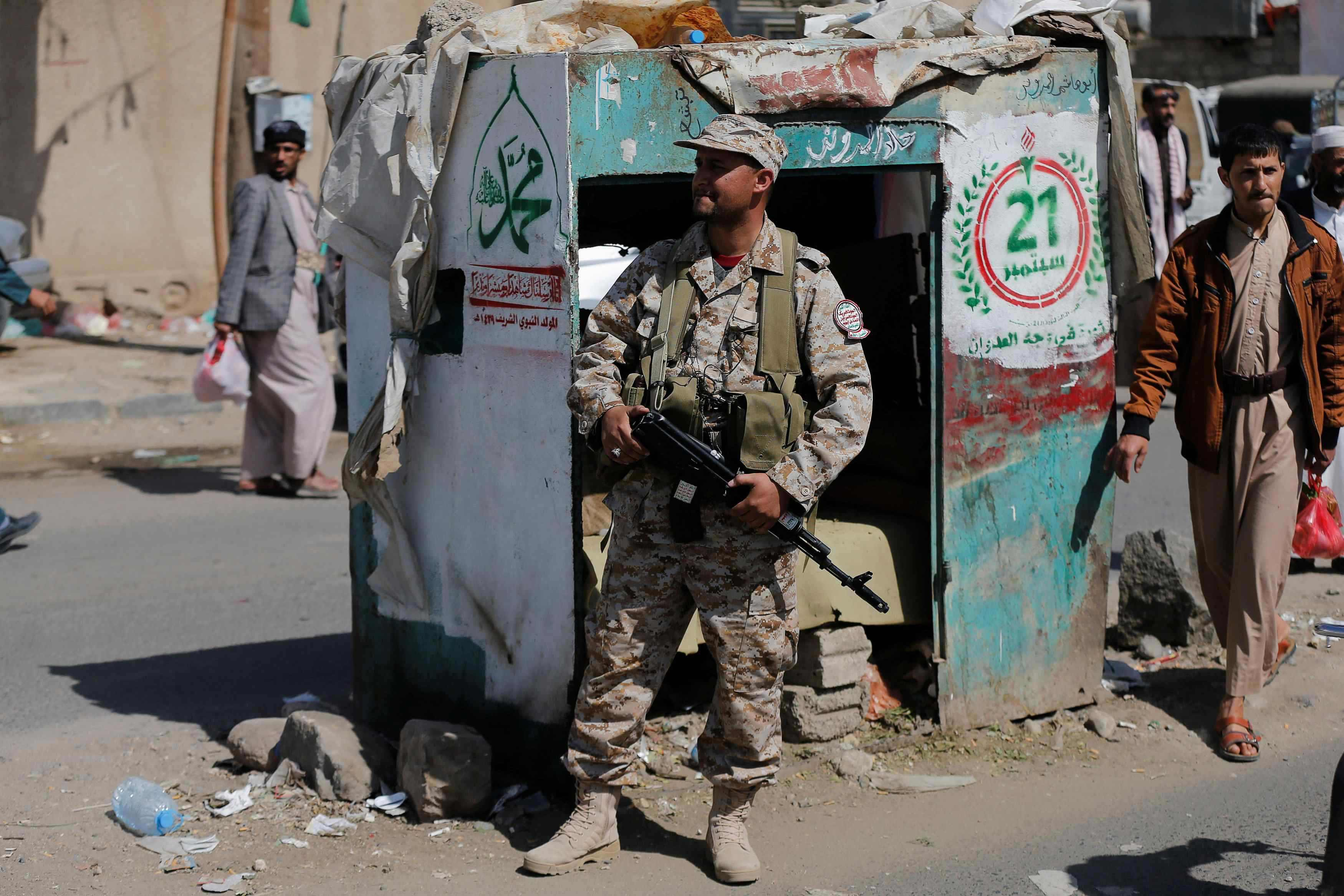 The time to face their modern ignorance, selfishness and exceptionalism is here and now. The warring parties shouldn't suppress hope, or justify war and betray their own conscience. The biggest crime is to step back and not confront and correct their past mistakes. They must refuse to be in the same ill-fated position. They must deal with their impulses and stop peeping into the looking glass.
Whichever way one looks at this self-inflicted humanitarian disaster, there is no need to rebrand or double down on their doomed obsession with vetoes, escalation and resistance. It won't help restore anyone's dented prestige, nor will it help dictate policy and determine a self-serving conclusion.
The parties involved in the conflict should work together to reverse this destructive course of events. They should stop the campaign to ravish Yemen and reject any glorification of this immoral violence.
Just like the people of Yemen, the international civil society should also support the continuation of the current political process, the ceasefire agreement in Hodeida and the delivery of humanitarian aid to the battle-torn country.
(If you want to contribute and have specific expertise, please contact us at opinions@cgtn.com.)