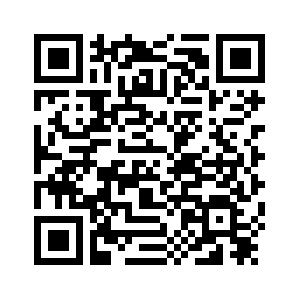 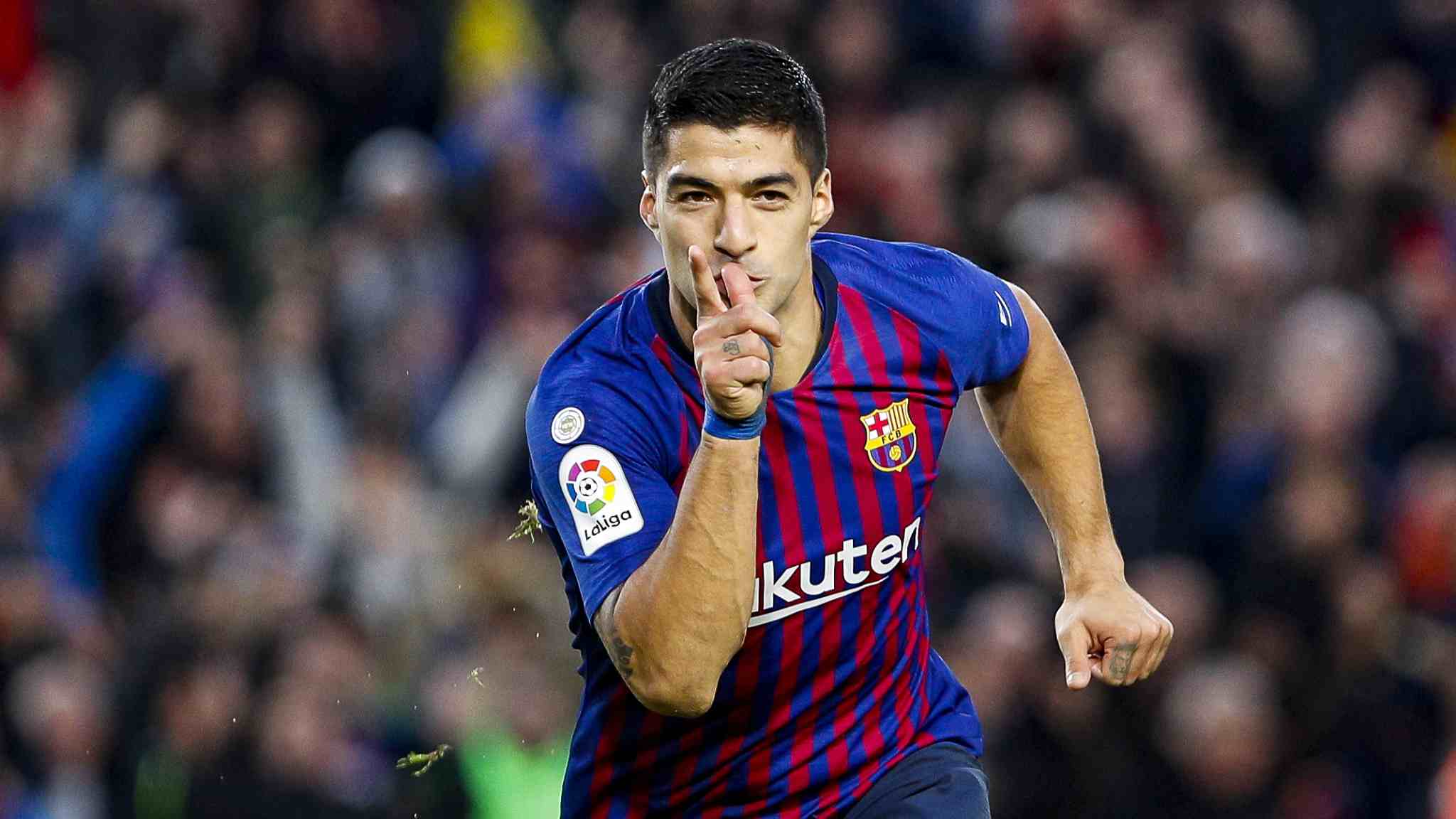 Barcelona forward Luis Suarez scored a hat-trick as his side thrashed arch-rivals Real Madrid 5-1 on Sunday in a highly entertaining "Clasico" which surely will signal the end of hapless coach Julen Lopetegui's spell in charge of Real.
Barca's Philippe Coutinho opened the scoring in the 11th minute following a slick team move and Suarez doubled their advantage on the half-hour mark by converting a penalty awarded after consultation with the video assistant referee (VAR).
Real had looked lifeless in the first half but produced a courageous display after the break following a tactical switch from Lopetegui. They deservedly pulled a goal back through Marcelo and came close to grabbing an equaliser as Luka Modric struck the post and Sergio Ramos headed narrowly over.
Yet even without their injured talisman Lionel Messi, Barca soon reasserted their authority and ran riot in the final 15 minutes with two more goals from Suarez. 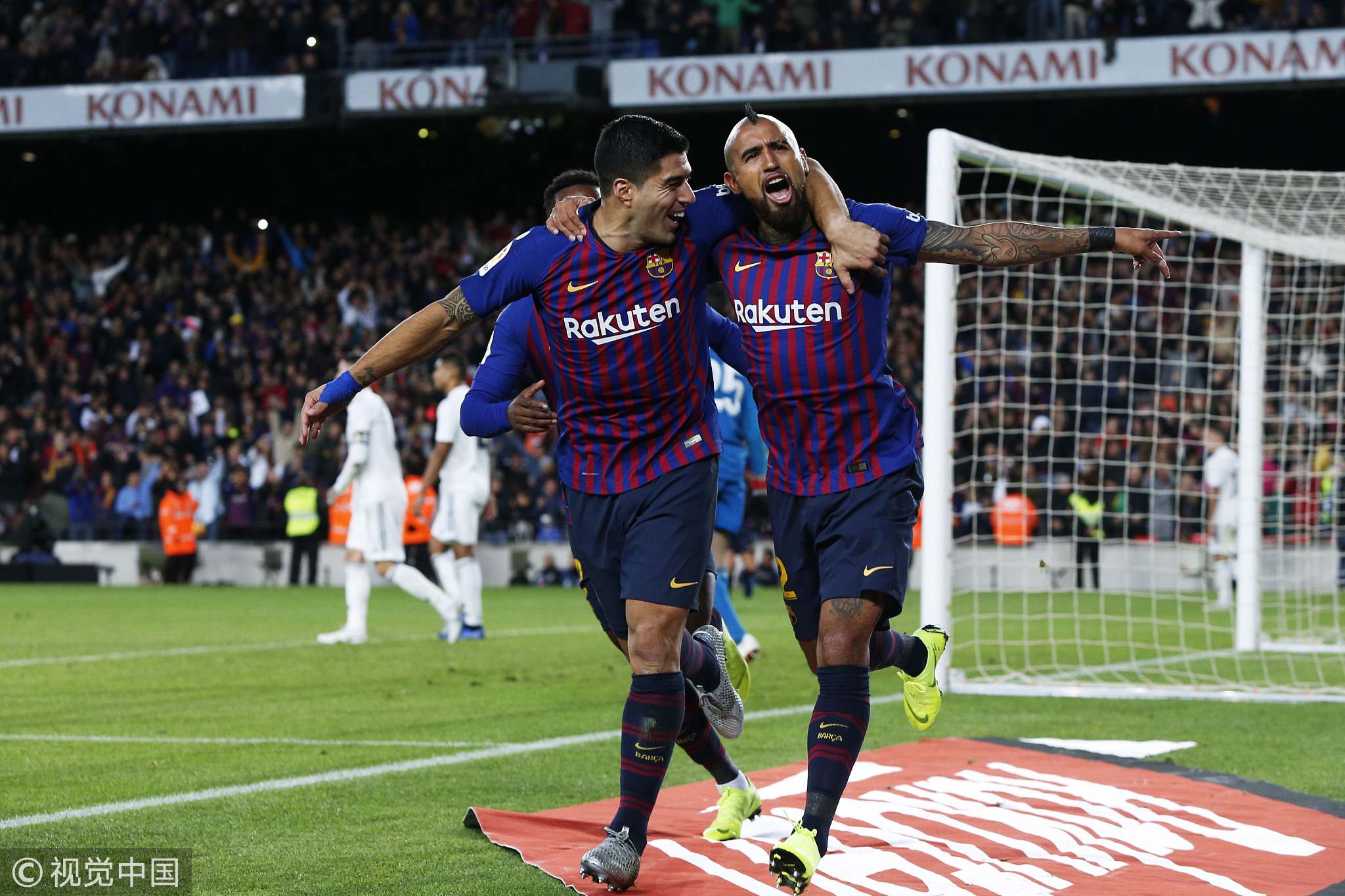 A header from substitute Arturo Vidal further twisted the knife into Real, who have lost their last three league games and are seven points behind Barcelona in La Liga in ninth position.
Barca now lead the standings on 21 points after 10 games, a point clear of Alaves, who won 2-1 at home to Villarreal. Atletico Madrid, who won on Saturday, are third on 19 points.
“This result is a reflection of our entire season, which has been a disaster,” Real midfielder Casemiro told reporters.
“It's not about tactics or attitude, it's everything. The players have to run more and fight more. We aren't playing well and we can't blame the coach, as the players are the ones who have to perform on the pitch.”
Real looked to be lacking in confidence from the start as Benzema hurriedly hammered a cross from Gareth Bale over the bar when he had plenty of time to bring the ball under control. 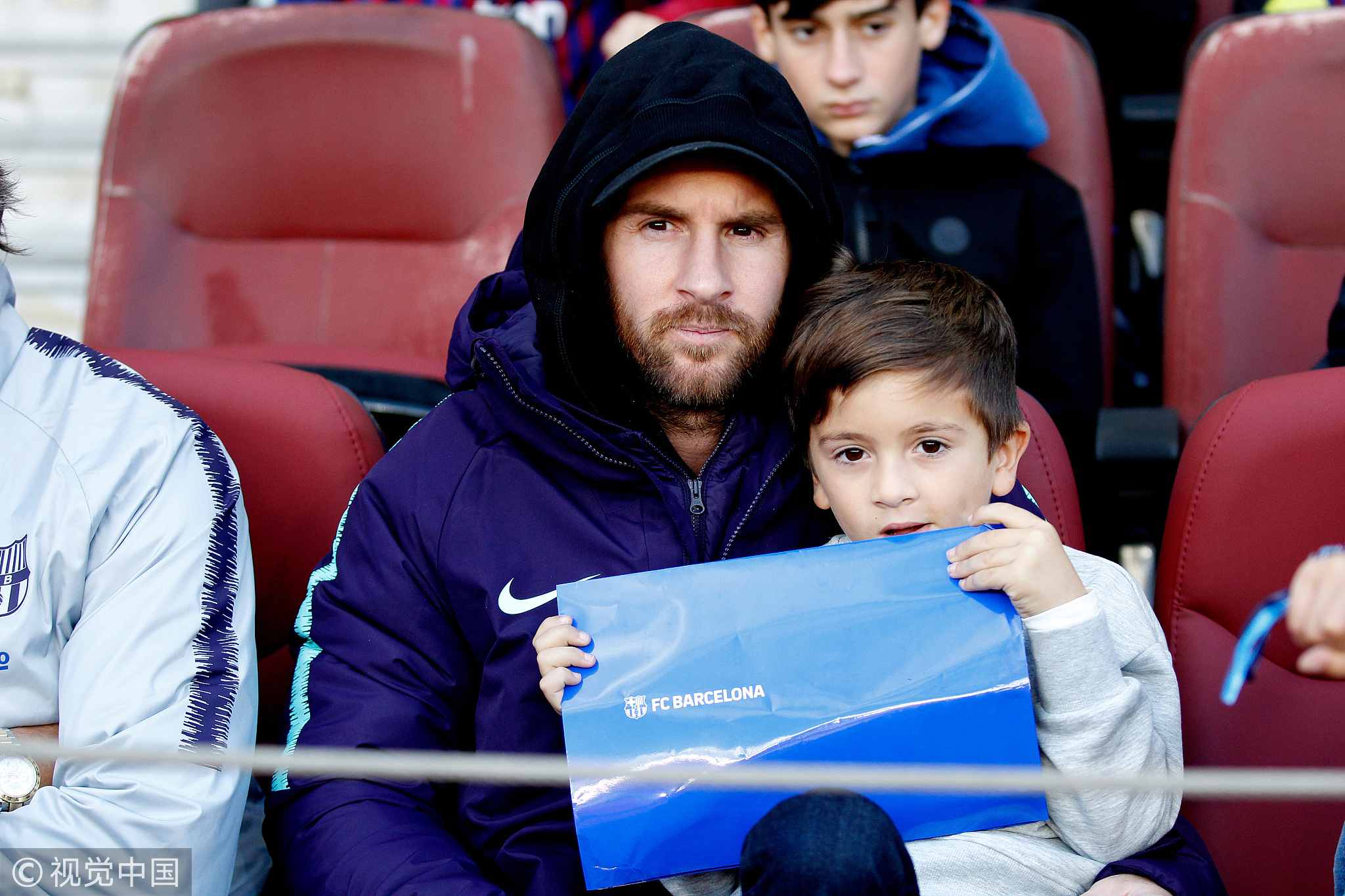 Messi watches the match between FC Barcelona and Real Madrid at the Camp Nou with his son, October 28,2018. /VCG Photo

Messi watches the match between FC Barcelona and Real Madrid at the Camp Nou with his son, October 28,2018. /VCG Photo

Barca, meanwhile, oozed belief and their opening goal was a joy to behold as Ivan Rakitic released Jordi Alba with a chipped pass and the Spaniard rocketed past Nacho, crossing freely into the area for Coutinho to turn the ball in from close range.
Further signs of Real's nervousness came when Nacho misplaced a pass in the area to the feet of Arthur Melo and it took a magnificent flying save from Thibaut Courtois to beat away the Brazilian's curling shot.
Barca did extend their advantage when Suarez slammed a spot-kick under the diving Courtois after being tripped by Varane, who was responsible for both goals Real conceded in their shock 2-1 home defeat by Levante last week. 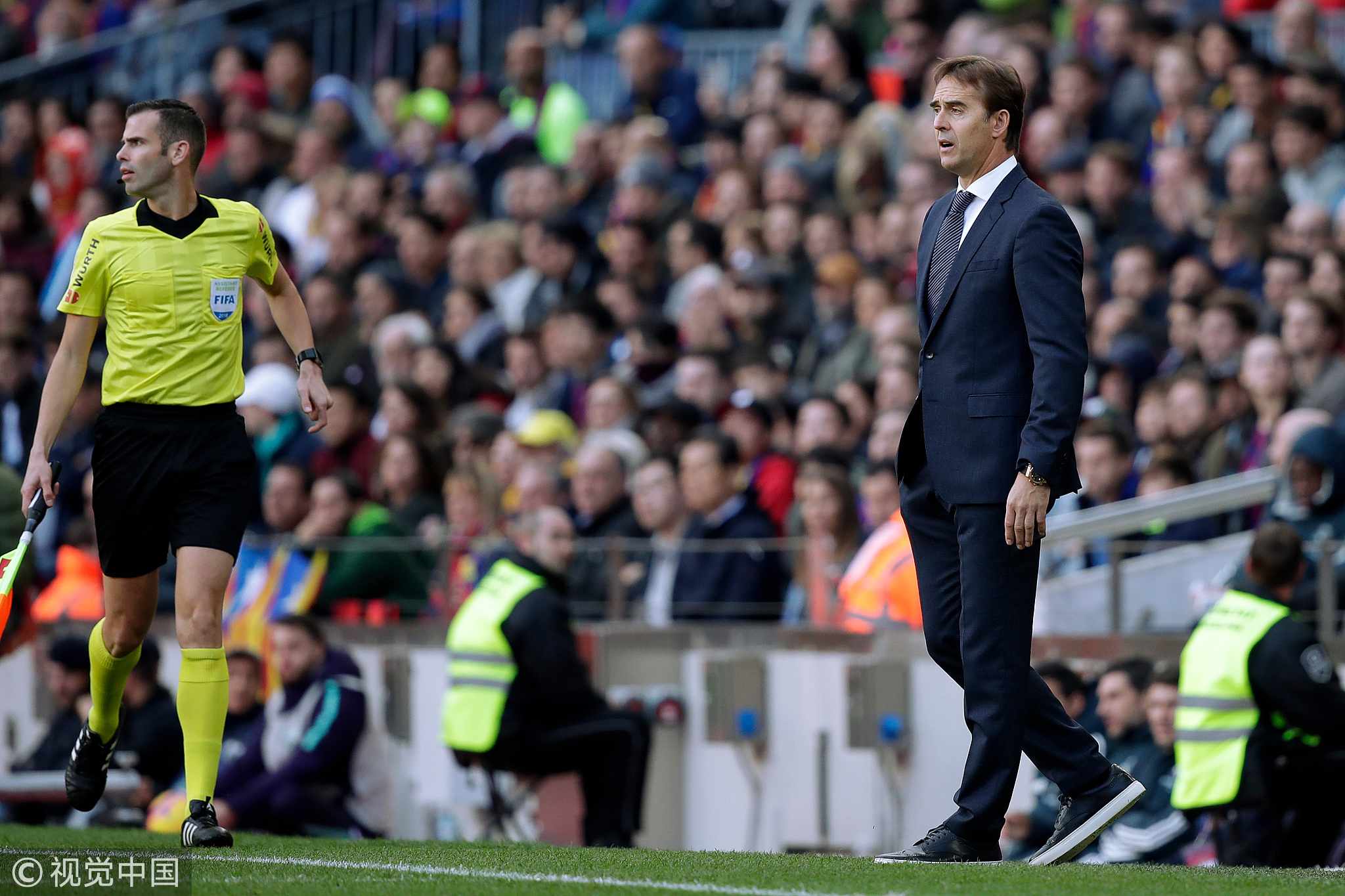 Lopetegui rejigged his formation at the start of the second half, opting for a back-three by hauling off Varane for Lucas Vazquez and his side instantly improved, getting a foothold through Marcelo's strike.
They were agonisingly close to finding an equaliser but Barca continued to look dangerous on the break and Suarez's bullet header from a standing position killed the game off as a contest.
“We had 15 difficult minutes but we had a great performance,” said Barca coach Ernesto Valverde.
“The first half belonged to us. They turned things around by playing fullbacks as wingers and we were caught out by it and suffered after their goal. Then we sorted ourselves out and took advantage of their risky approach.”
Uruguay striker Suarez completed his treble with a classy chipped finish while Chile international Vidal struck his first goal for Barca to further humiliate Real.
It's reported by Spanish media that Lopetegui has already said goodbye to the players and Real Madrid will announce the new coach Antonio Conte on Monday night.
Source(s): Reuters