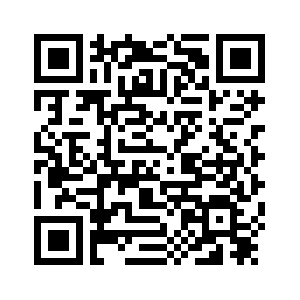 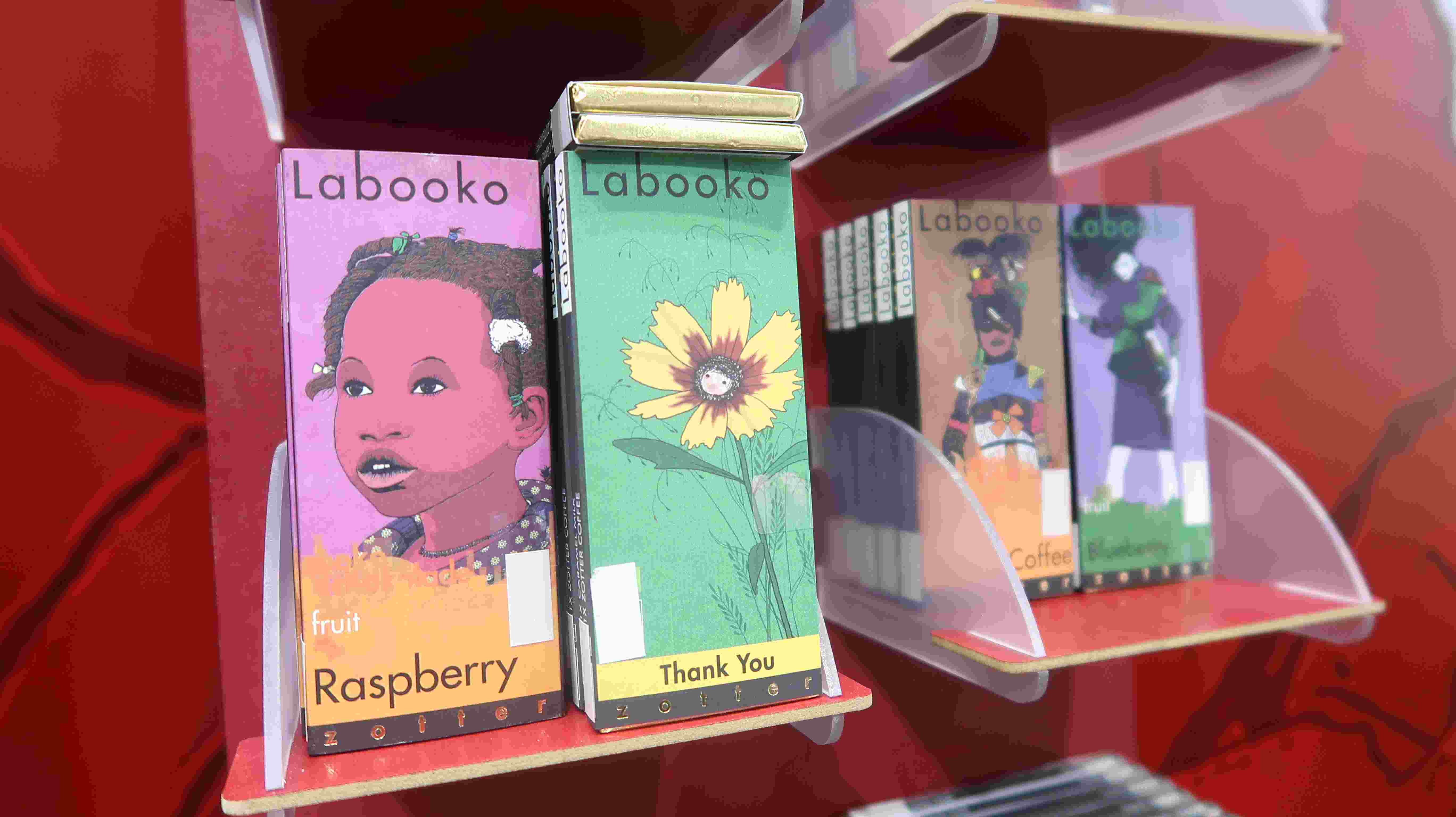 In "Chocolat", Vianne Rocher arrives in a sleepy French village to open a chocolaterie, awakening the senses of the self-denying community and leading it to a world of sweet indulgence. The 1999 novel by British author Joanne Harris might as well have been about Julia Zotter's adventures in China.
Her father, Josef, is a pastry chef who built a confectionary kingdom mixing and matching flavors in a shed near his parents' house in Bergl, some 250 km from Vienna. And now, the food scientist-turned-chef-turned-entrepreneur is following his footsteps in China to reconcile people's palates, with a copious palette of chocolate combinations – some unexpected, others unorthodox.
"With 400 different chocolate flavors, we are the world's largest chocolate manufacturer," Zotter told CGTN Digital at her booth at the China International Import Expo (CIIE) in Shanghai.
Nearby, visitors stood in a winding line, waiting to sample the chocolate fountain, where a silky but thick liquid cascades inside a glass cylinder from one spoon to another all the way to an opening at the bottom. One pull at the knob releases a stream of 70 percent dark chocolate – a hit despite the lingering bitter aftertaste. 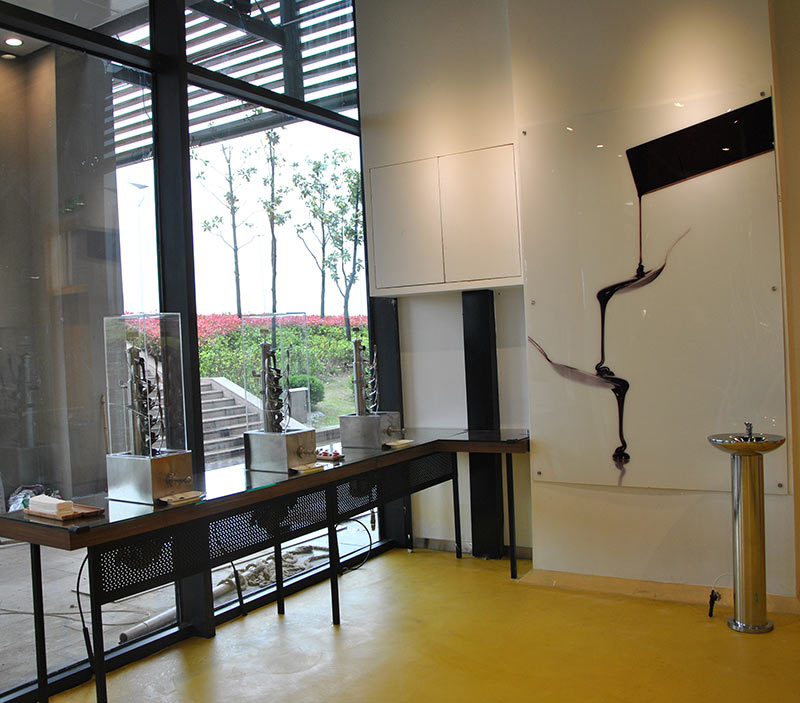 The chocolate fountain at the Zotter Chocolate Theater is a place to delve deeper into self-indulgence. /Photo via Zotter's website

The chocolate fountain at the Zotter Chocolate Theater is a place to delve deeper into self-indulgence. /Photo via Zotter's website

"Most of our Chinese customers, surprisingly for us, like dark chocolate, anything with 70 percent, 80 percent, 90 percent cocoa content. But our bestselling chocolate bar is actually the 100 percent, which is crazy because that's really bitter but a healthier option," Zotter said.
But bitter is not always better, and Zotter wants Chinese consumers to reclaim their taste buds and open their eyes, and mouth, to a world of endless chocolate concoctions.
Cocoa-less culture
Chocolate has long been considered an exotic extravagance in China and an import of the Western lifestyles. The country's first taste of chocolate was in the Qing Dynasty when a papal envoy offered Emperor Kangxi 50 pieces of the confectionary as a gift in 1705. The ruler reportedly enjoyed the treat, but chocolate failed to take root until the late 1980s.
European chocolate manufacturers introduced their sweet specialties to the Chinese market, but a hefty price tag and its foreign identity meant that chocolate was regarded as a status symbol – afforded only by a few. A culture of gift-giving and a culinary tradition of balancing tastes made it hard for the saccharine substance to enter the cupboards and hearts of consumers.
Chocolate was pricey enough to be exchanged on social occasions but too sweet to tempt consumers on a regular basis.
The unfamiliarity of Chinese palates to what good chocolate should feel in the mouth has proven problematic as lifestyles in the country began to change and sweet consumption became an almost everyday affair. Supermarket shelves were stacked with rows upon rows of mass-produced low-grade treats with attractive packages that enticed the eyes but left much to be desired. 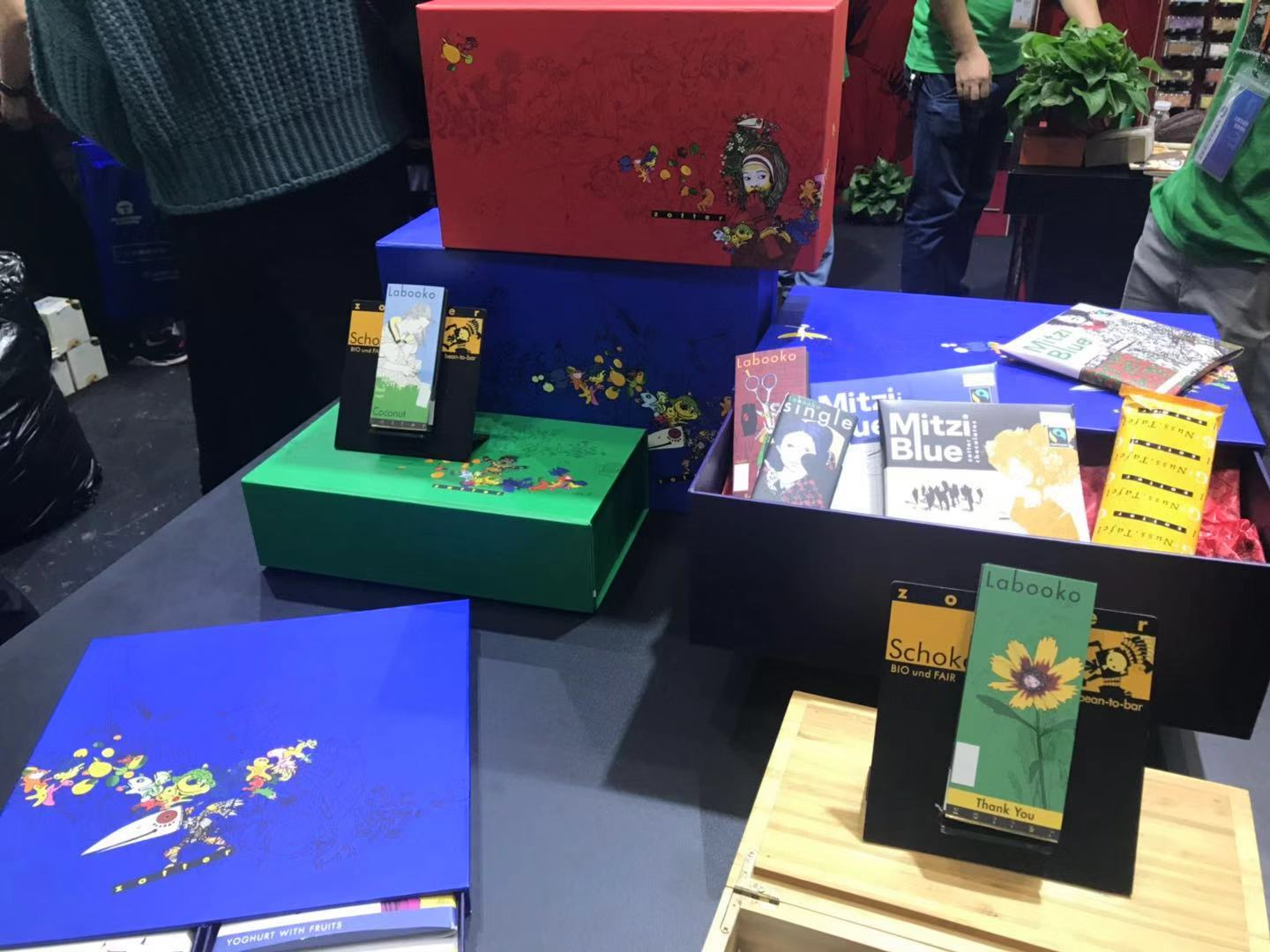 The packaging of Zotter chocolates plays a factor in the brand's appeal. /Photo by Zhang Xiaohe

The packaging of Zotter chocolates plays a factor in the brand's appeal. /Photo by Zhang Xiaohe

Zotter understands the pleasure of eating chocolate, and her family business wants to share that joy in China.
"I was born in a chocolate factory, in a chocolate house. It's a pretty bad life I can assure you," she humored.
In 2014, the bean-to-bar chocolate maker built a "Chocolate Theater" in a century-old warehouse on the banks of Shanghai's Huangpu River to raise awareness about what chocolate is and how it is made through tours that are educational and experimental in equal parts.
Visitors can learn about cocoa farmers and taste roasted cocoa beans, all the while rolling up their sleeves and creating their own treats, and savoring the different aromas of what goes inside a chocolate bar.
Delicious change
Chinese are now hungry for experiences that only a few decades ago were virtually unknown. They've already quenched their thirst for wine, and woken up to the smell of coffee, and now a lot more are ready to indulge in chocolate.
"Chocolate is still a very young thing in China, but it's up and coming," Zotter told CGTN Digital, expecting it to be "the next big thing."
But it might take a while for manufacturers to enjoy the sweet taste of success in the Chinese confectionery market.
Chinese are not chocoholics – at least not yet – consuming only a handful of what their Western counterparts devour.
According to Euromonitor International, chocolate consumption was about 200 grams per capita in 2014, far less than the 2.2 kilograms an average American ate and less than five percent of what a Western European wolfed down.
The chocolate confectionery segment in the country, valued at 2.8 billion US dollars at present, will expand to 3.9 billion by 2021, according to Euromonitor. 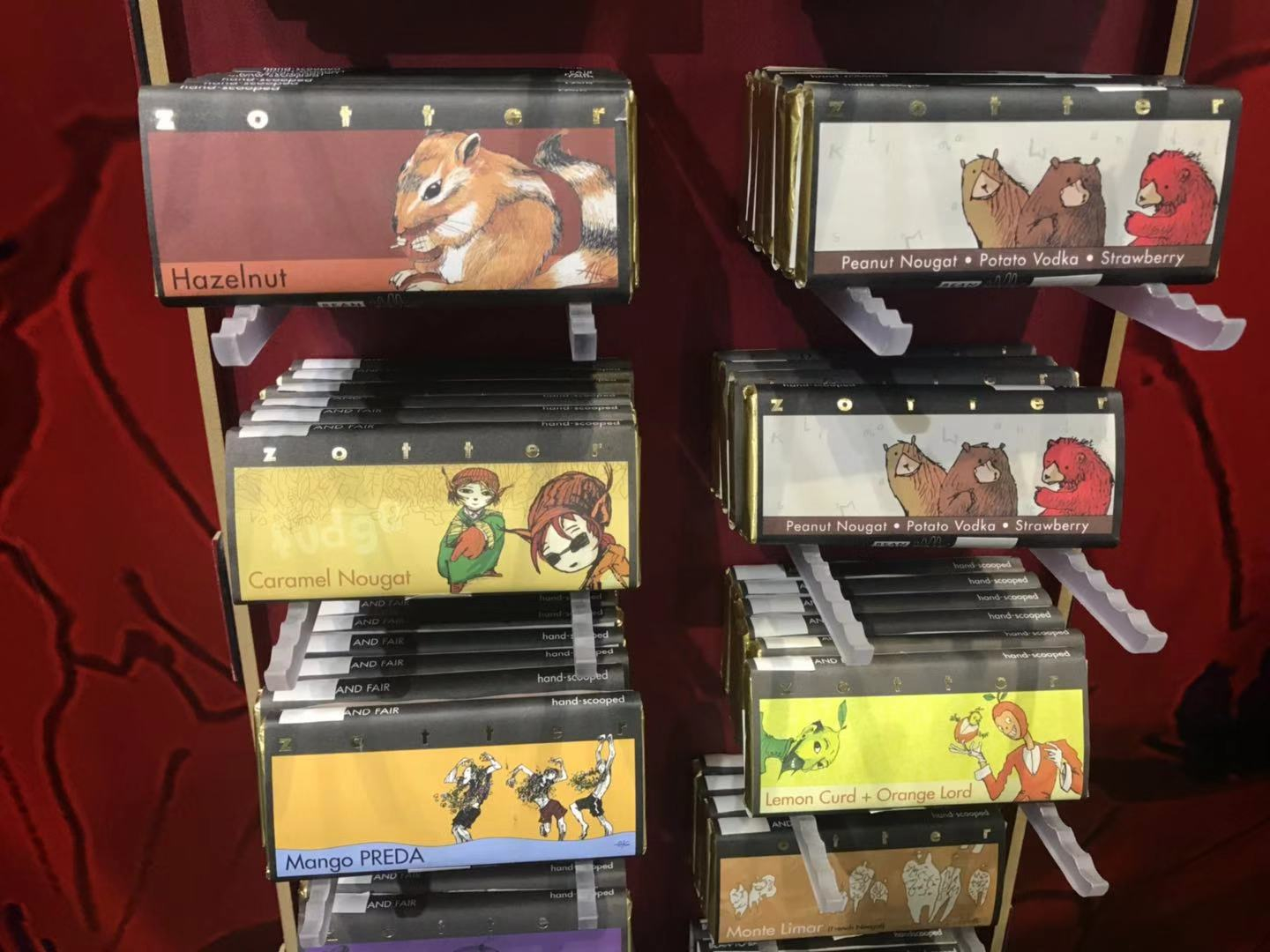 Zotter has come up with over 400 chocolate flavors. /Photo by Zhang Xiahe

Zotter has come up with over 400 chocolate flavors. /Photo by Zhang Xiahe

A chocolatier's heaven
As Chinese consumers experiment with their tastes, chocolate manufacturers are testing new blends, marrying together unusual flavors.
"People (in China) have no idea what works, so they're much more open minded about flavors and new ingredients (than others)," Zotter noted. She's a passionate advocate of experiencing new things in the kitchen, but insists that coming up with chocolate novelty is no "rocket science."
Her brand's chocolate mix-ins range from the understandably innovative such as almond rose and plum brandy to the downright unconventional, the likes of tequila with salt and lemon, and coconut and fish marshmallow.
Studying in China helped open her horizons and inspired a few new chocolate flavors, including the lingonberries with peanuts, chili, and salt.
"That used to be my breakfast here," she recalled.
"The Chinese cuisine is so multi-layered and has so many different aspects, that just by going to any Chinese restaurant, you'd find new flavors that you really want to put in chocolate."
(Video by Zhang Xiaohe and Zhou Yun)