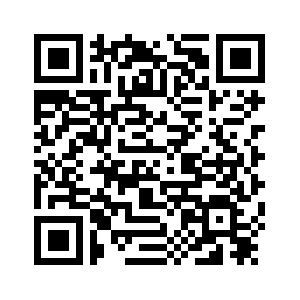 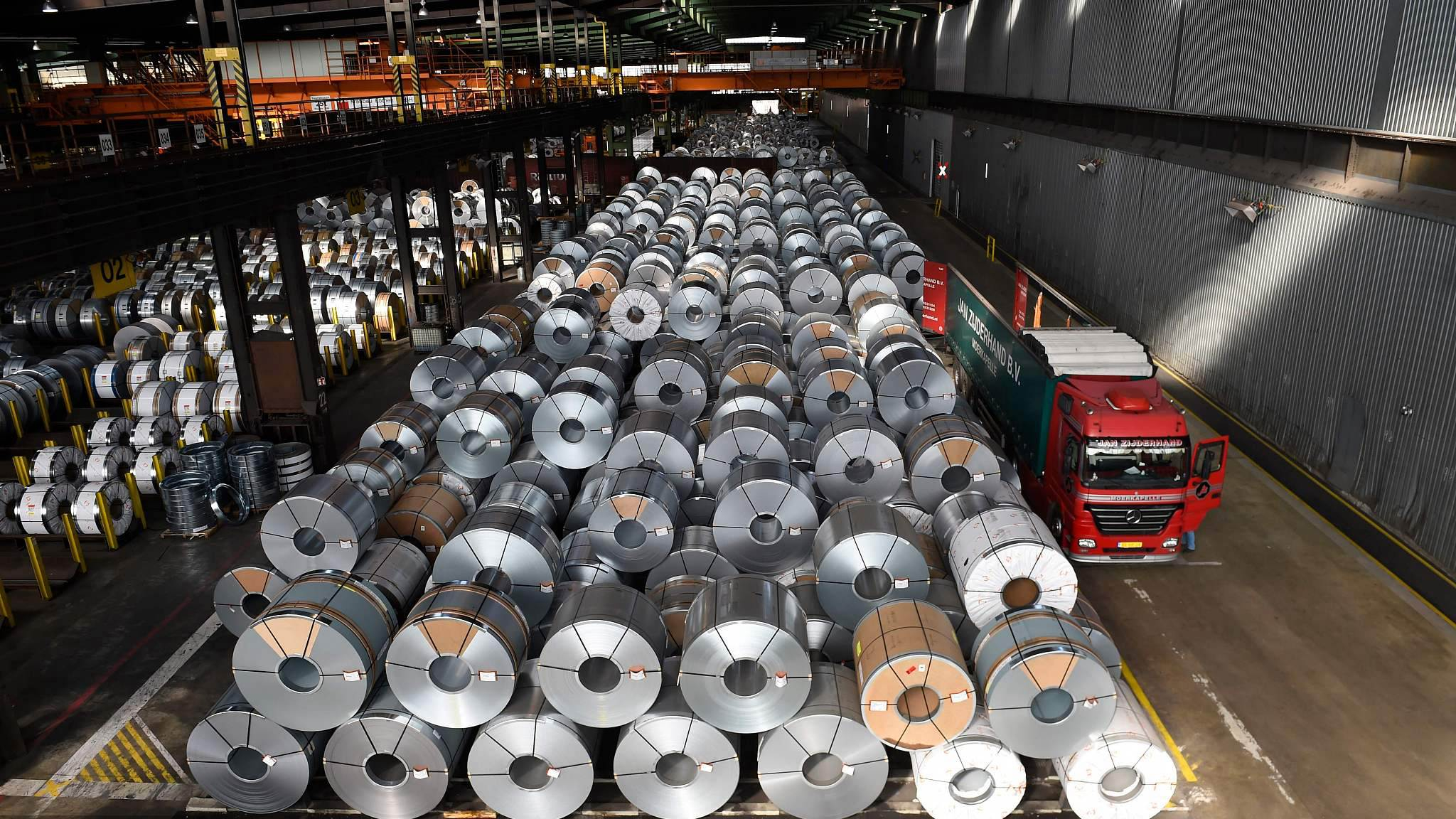 The US-EU trade imbalance: Why is the auto sector the centerpiece of the game?

Since 2015 (the period of recovery from the global financial crisis), the EU-US trade imbalance in favor of the EU has been ever-widening, with the EU’s peak surplus standing at 122 billion euros in 2015, due to an expanding volume in both exports and imports.
The trade surplus for the EU fell to 113 billion euros in 2016, but picked up to 120 billion euros in 2017. The largest trade surplus for the EU comes from "automotive products," which contributed 35.9 billion euros of surplus. This makes the auto sector the centerpiece of the game of trade war.
President Trump’s threat to impose car tariffs on car imports to the US has escalated the trade tension between the US and the EU, and is predicted to result in more serious damaging consequences for jobs and economic growth than similar levies on steel and aluminum.

Revenge, retaliation, and emotions: How do you win a trade war?

Will the protectionist measures of imposing trade tariffs have the desired effect of protecting the US economy, jobs and welfare? Unfortunately, lessons from history suggest not!
If the US acted strictly in isolation, then the measures would surely work, as tariffs tilt US demand away from foreign goods (for example, cars) towards domestic products. Unfortunately, lessons from history suggest this will not work!
It has been repeatedly observed that the introduction of protectionist tariffs by one nation sparks a "trade war," with other nations imposing tariffs on their imports to even things up!
In economics, game theory provides a powerful framework to understand the phenomenon. Trade wars can be likened to the classic seminal game: “Prisoner’s Dilemma.”
In this game, both players would be better off if they could both trade freely, without tariffs. However, each player is better off enacting tariffs, whatever the other player does. In game theory terminology, imposing tariffs is a "dominant strategy" for each nation. 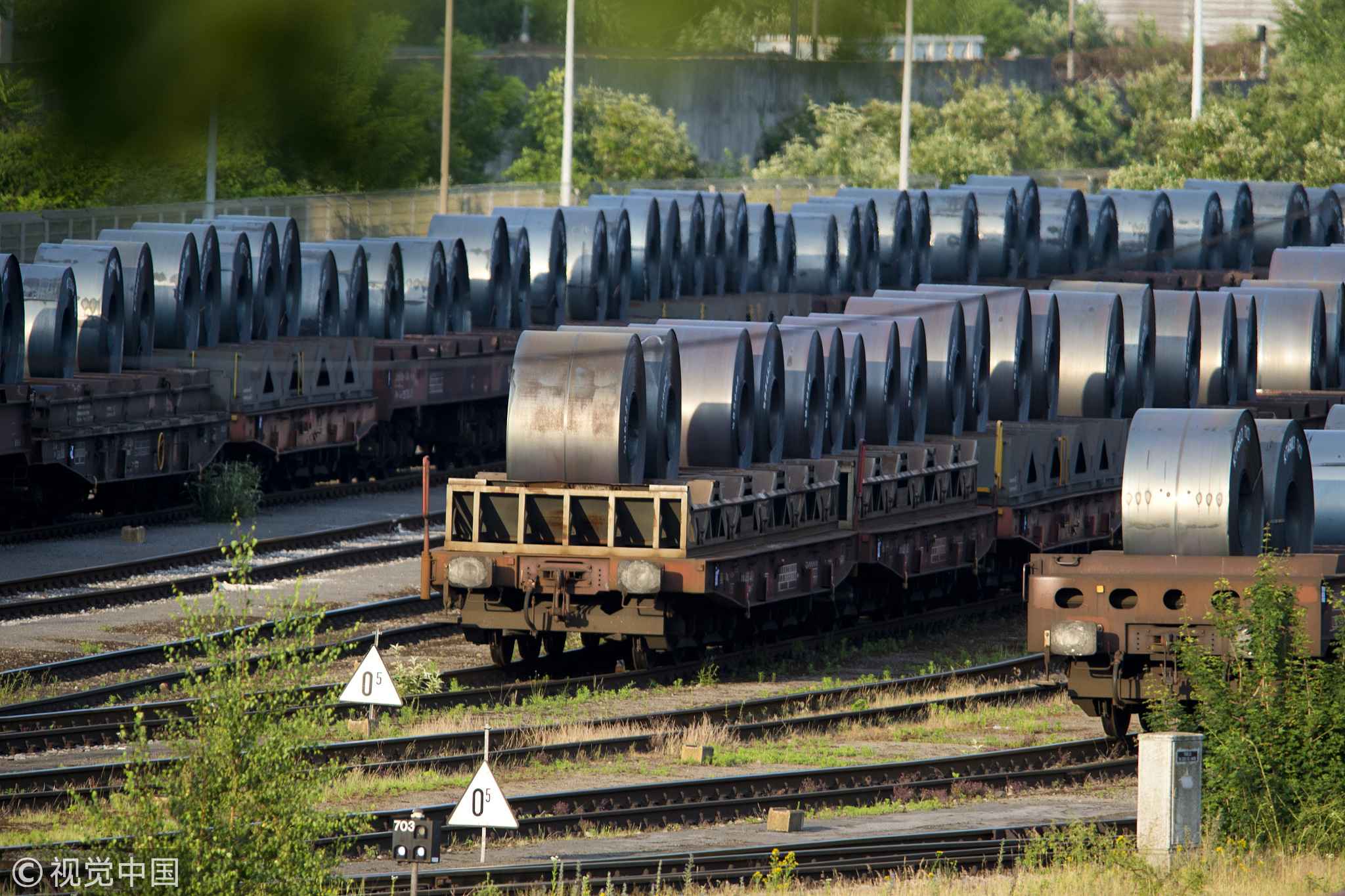 The European Union and the United States are so far on a collision course over steel and aluminum imports by the US from the EU./ VCG Photo

The European Union and the United States are so far on a collision course over steel and aluminum imports by the US from the EU./ VCG Photo

If I expect the other party not to impose tariffs, I can tilt the "playing field" in my favor, distorting trade, and redistributing wealth from the other player by imposing tariffs. If I expect the other party to exert tariffs, then I exert tariffs simply to restore the balance. Thus, in equilibrium, we both impose tariffs on each other (a trade-war), and both end up worse off.
A major lesson from the prisoner’s dilemma is that a trade war will result in both individual players being worse off, but also serious damage to the combined, global economic welfare.
So, if the individual behavior in a trade war is ultimately damaging to everyone, individually and globally, why do rational nation-governments become involved? Standard economics considers rational, self-interested, unemotional, non-psychological maximizers of personal utility (homo economics).
It is this rational self-interested utility-maximization that creates the prisoner’s dilemma, with the dismal inferior equilibrium of mutual trade tariffs. Thus, standard economics predicts rational wide-spread globally-damaging trade wars.
On the positive side, behavioral economics/social preference theory recognizes that humans (and nations) may not be completely self-interested, but may have "social" feelings and emotions (fairness, trust, empathy, desire for global cooperation and reciprocity).
A game arising from these social feelings is the stag hunt game. In the stag hunt game, if I expect the other player to choose a free trade, this is my best option too, as it preserves our mutual social feelings of fairness, trust, empathy, and desire for global cooperation and reciprocity. 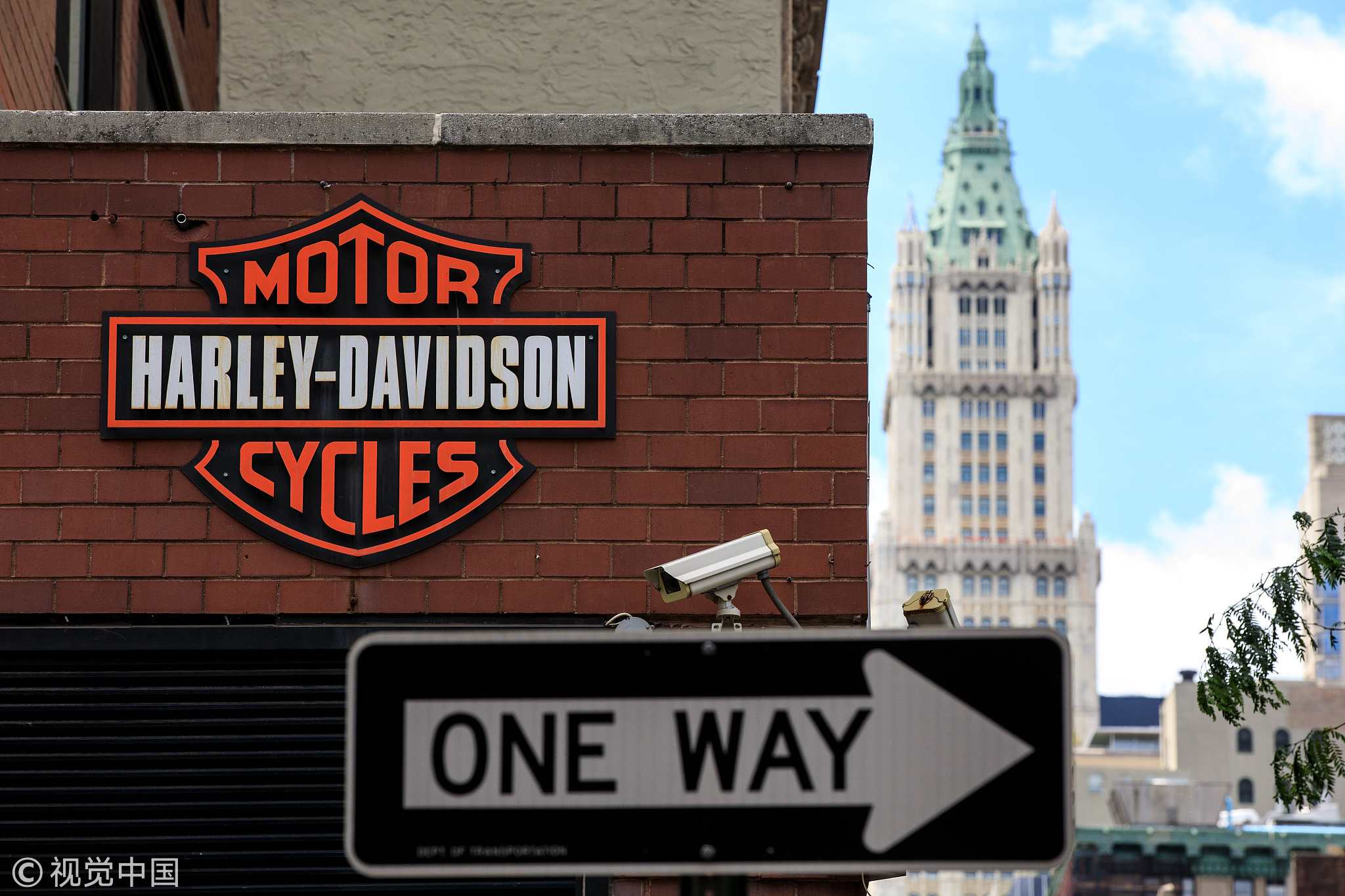 The American motorcycle company announced on Monday that it will shift production of some of its bikes overseas in order to avoid retaliatory tariffs by the European Union in response to US./ VCG Photo

The American motorcycle company announced on Monday that it will shift production of some of its bikes overseas in order to avoid retaliatory tariffs by the European Union in response to US./ VCG Photo

However, if I expect the other player to choose to impose tariffs, our mutual social feelings are destroyed, and I prefer to choose tariffs also, and we are both worse off. In games with multiple equilibria, the issue becomes one of coordination.
Much experimental work in behavioral economics has shown that, in stag hunt games, players are remarkably good at automatically coordinating on the superior equilibrium (mutual free trade in this case).
This coordination can be considered as relating to the desire to preserve feelings of trust, empathy, and cooperation across nations. Thus, until recently, perhaps the world global accord was preserved by mutual trust and empathy.
Unfortunately, social preference theory considers negative reciprocity too: feelings of anger, revenge, and retaliation. The research demonstrates that trust is very easy to destroy, but very difficult to build back up.
Consider a situation where one of the parties (say the US for argument’s sake) does not share the feelings of trust and empathy from mutual free trade. In this case, mutual free trade cannot be maintained: the dominant strategy for the US is to impose tariffs: the unilateral trust/empathy of the EU is not sufficient to maintain free trade, and we end up at the dismal mutual tariff equilibrium, and both being worse off.
Note that, in moving to this equilibrium, trust and empathy may be destroyed: and, as noted, the lesson is that trust is hard to rebuild. 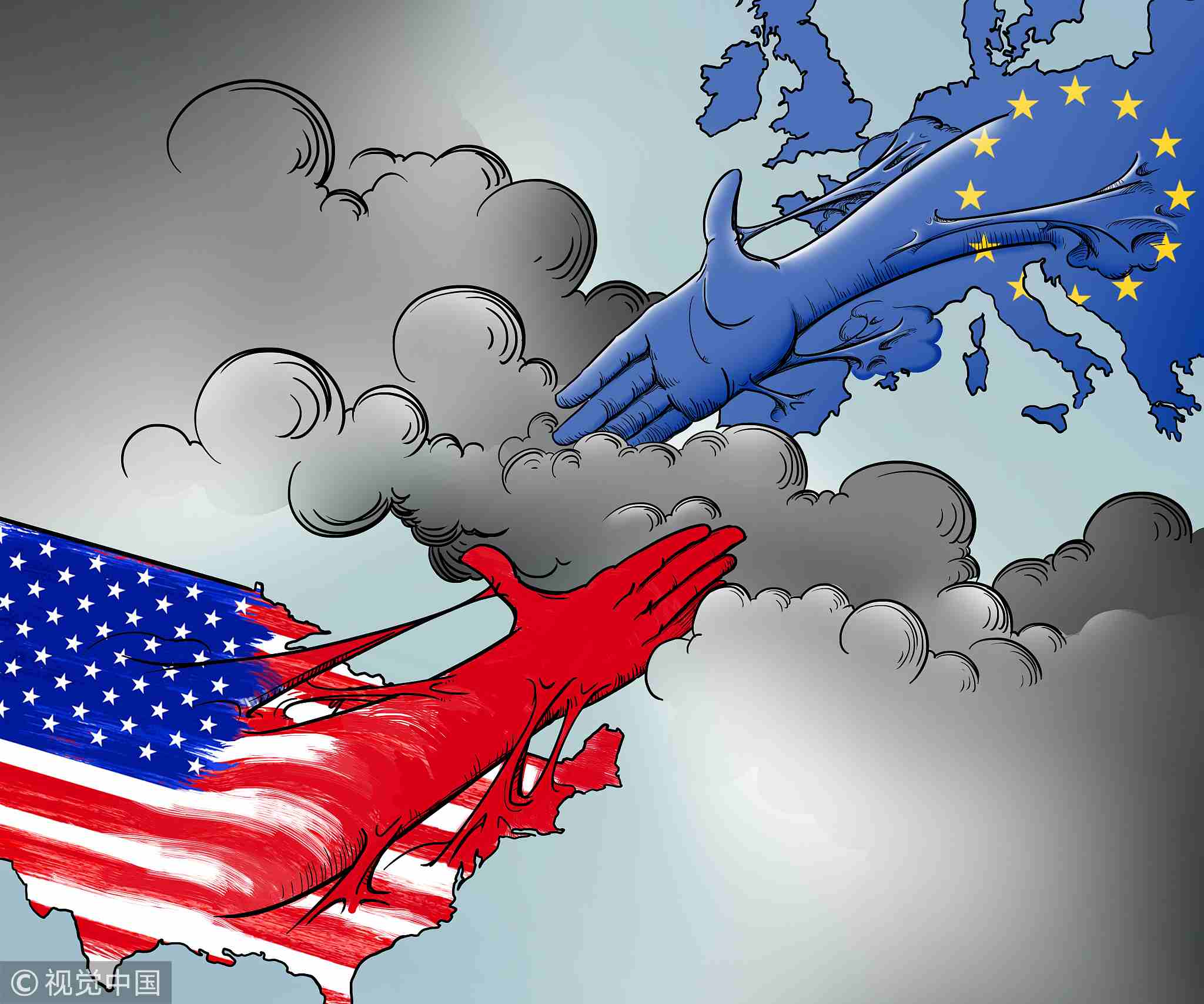 The moral of this story is that if the EU and US can negotiate and create empathy and trust, a trade war could be avoided.

Market uncertainty: End up losing more than you thought?

Investors may expect that a full-scale trade war will not actually happen. However, the market uncertainty created by the recent growing global trade tensions are sending the equity markets lower.
As a consequence, the VIX volatility index, which measures the “fear gauge” of the financial market, surged. The turmoil created by the escalating trade tensions is especially costly when the world’s major central banks are urged to normalize their balance sheets.
If central banks have to wait longer before normalizing and quit quantitative easing programs, the overblown asset prices and rising debt levels will continue growing and the risk of financial vulnerability in the future will be higher.
Overall, the direct and indirect cost of the trade tensions can start a very dangerous downward spiral that at some point will affect both economic growth and financial stability significantly.
The price we pay for the trade war could be much higher than we thought.