Opinion: The Trump effect is setting in on America's economy
Tom Fowdy 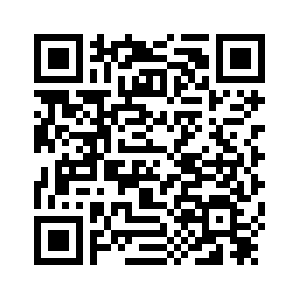 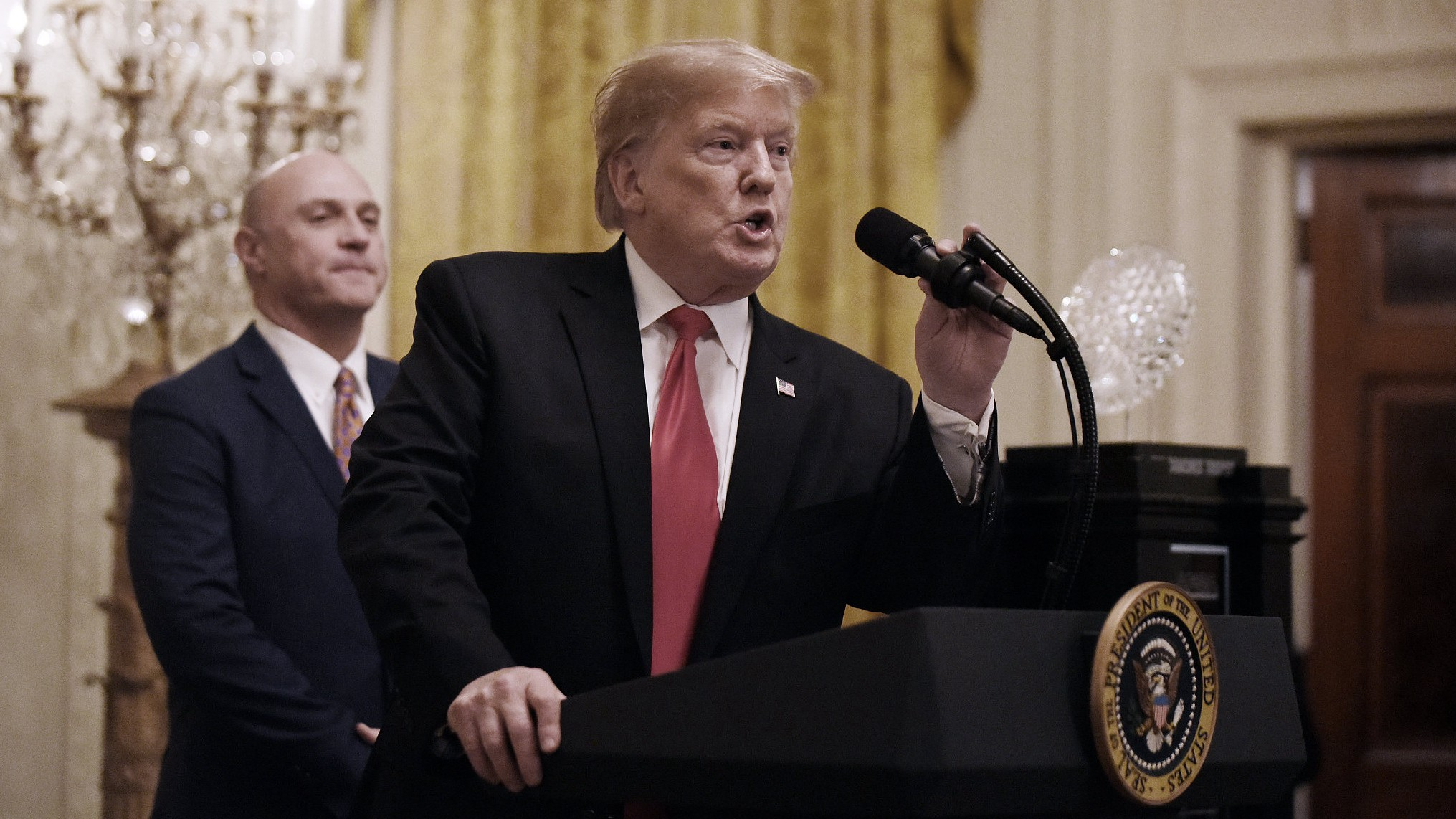 Editor's note: Tom Fowdy is a UK-based political analyst. The article reflects the author's views, and not necessarily those of CGTN.
Things in the U.S. aren't going well. A government shutdown brought about by the Donald Trump administration's spar with Congress over funding for a border wall is now in its 25th day. The dispute has now become the longest of its kind in American history. As the impact of it starts to bite, the President has sat firm in his insistence for the policy, hoping to make his opponents capitulate first.
But the public aren't buying this. A Quinnipiac University Poll released on Monday found that 56 percent of voters blame Trump and the Republican for the crisis, one which has left over 800,000 federal workers without pay and biting into crucial government services.
With this week marking two years now since Trump's inauguration as President, the country is ultimately starting to feel the consequences of his highly destabilizing manner of politics. “Far from making America Great Again”, returning jobs to the country and taking credit for an economic revival, Trump is in fact creating unprecedented levels of political risk which stands to reduce growth and inhibit the country's potential.
This is not just from one policy, but many. Rather than bathing in the comfort of nationalist glory, his supporters need to realize this and think critically about what is happening, before it is too late. Trump isn't going to deliver.
On Sunday the President tweeted bluntly that if Turkish forces attacked Kurdish territory in Northern Syria, he would “economically devastate” the country. Such a surreal statement nicely conceptualizes his approach to pretty much everything. 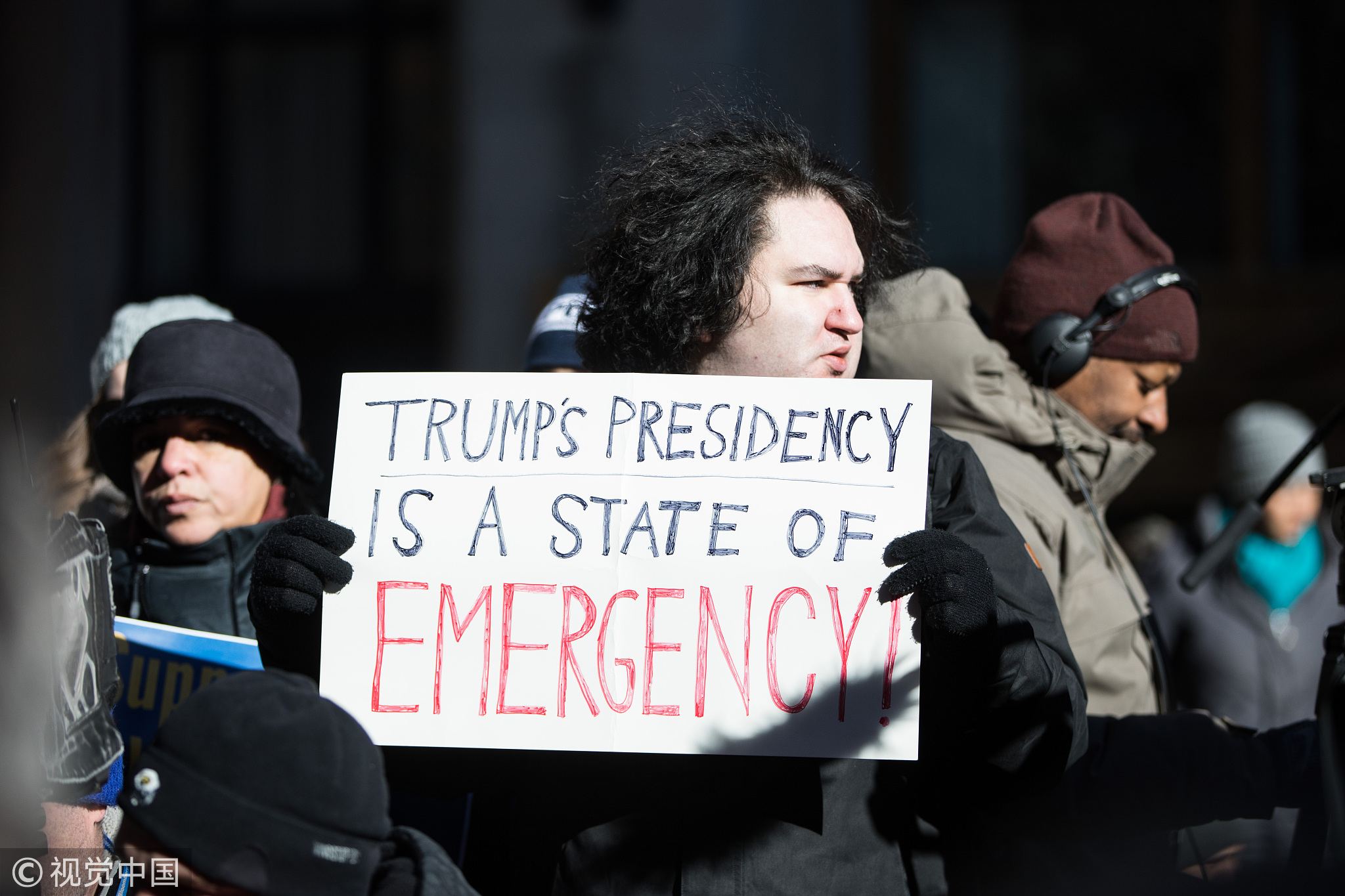 A demonstrator holds a sign that reads 'Trump's Presidency Is A State Of Emergency' during a protest against the government shutdown in Boston, Massachusetts, U.S., January 11, 2019. /VCG Photo

A demonstrator holds a sign that reads 'Trump's Presidency Is A State Of Emergency' during a protest against the government shutdown in Boston, Massachusetts, U.S., January 11, 2019. /VCG Photo

Transactional, abrasive and threatening. Detached from any idea of diplomacy both on a domestic and international level, the President advocates his agenda by sabre-rattling his opponents through extreme threats, with the goal of enticing them to negotiate. If they don't, he has no qualms about following through; regardless of the consequences.
Although such a strategy may earn him praise for winning his own terms in a business perspective, the idea they could substitute a strategy of governance, as well as policymaking, is disastrous. Running a country is far more delicate than a business, not least an economy.
This hasn't shown straight away, as for the first year, Trump was able to dine out on and take credit for an economic recovery created by the Barack Obama administration. He boasted that job creation numbers, GDP figures and stock market figures, were his own. Given a smooth ride by a Congress that was on his side, on a domestic level he was able to implement his own ideas without serious contention.
Now however, two years in, the cracks are starting to reveal themselves explicitly. Firstly, his foreign policy is responsible. The president's belligerent approach to every issue has created an environment of global uncertainty and risk which have dimmed growth prospects for 2019.
Indeed, Trump has unleashed his trade war on China and the wider world. He promised to restore America's trade might. Instead, markets have taken a beating, 2017's gains are history. U.S exports have slowed down and soy prices have tanked. Indeed, Trump is eyeing up a wide-reaching trade deal with China which may allow him to claim victory, but it cannot substitute an attitude which is ironically, bad for business. 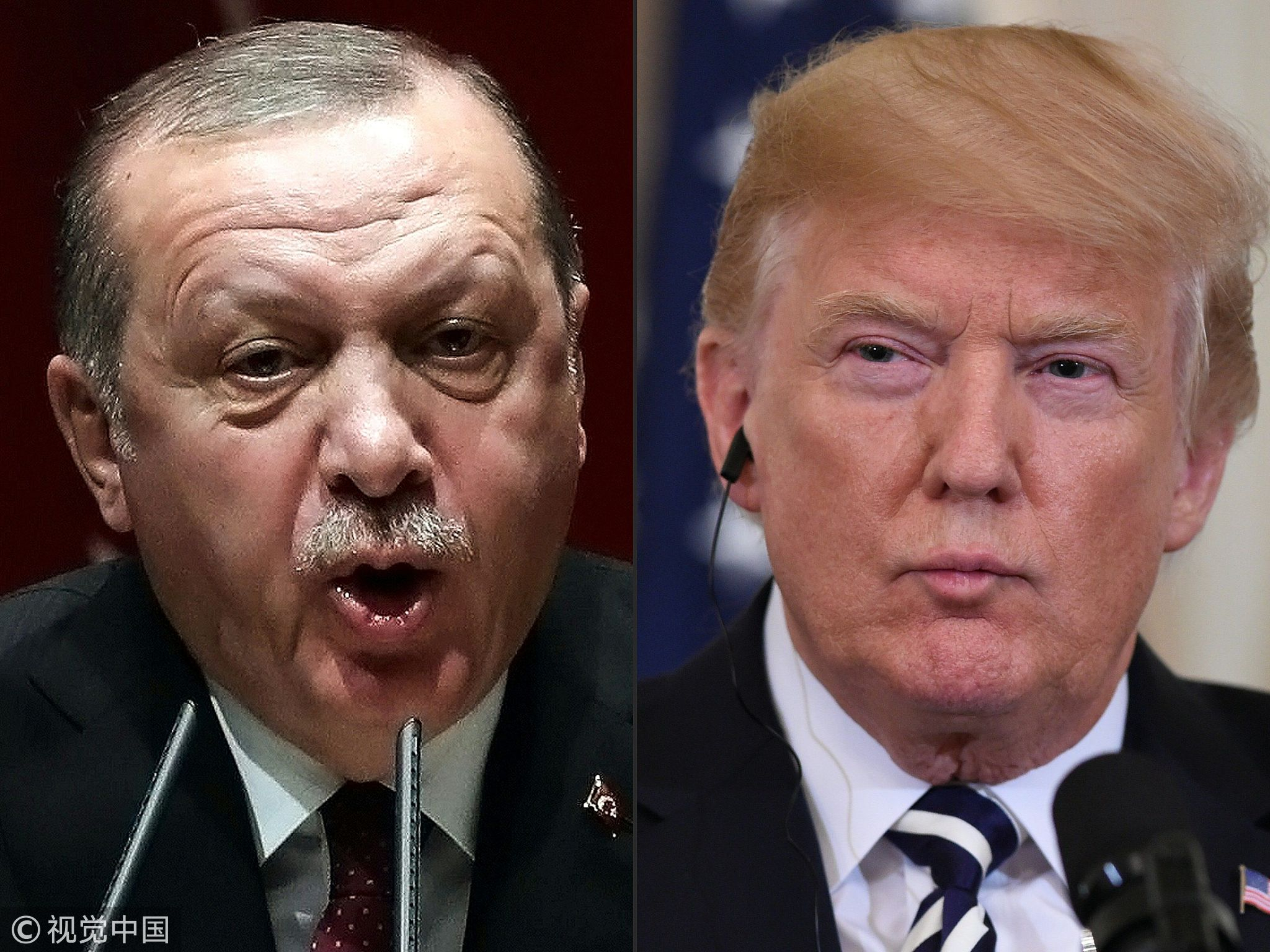 But it doesn't end here. Let's look at the shutdown. With 800,000 workers now unpaid, that's a temporary equivalent of that number being de-facto unemployed. That hurts consumption, and it also hurts contractors who rely on federal money. In view of this, economists are already downgrading quarterly growth by a small proportion.
One economist, quoted in the Businessinsider wrote that if the shutdown dragged out for 3 months (of course still unlikely) the country would end up in negative growth. The two-week 2013 shutdown in the Obama administration cost the economy 2.5 billion U.S. dollars. The current one will only be higher. Regardless, undoubtedly a price is now being paid for Trump's very own approach to policy and politics.
What does this set out for the future? Trump's unpredictability does not breed confidence. If the reminder of his term is going to be littered with political deadlock, international brinkmanship and extortion tactics, then without a doubt his high-pitched economic promises can only prove to be a disappointment.
Realistically, as many economists note, U.S. growth is likely to slow down. Chances of a decline and recession are slim, but the idea that Trump will “Make America Great again” and revive some imagined economic glories, is a fantasy. As we are seeing with the economic fallout of Brexit in the UK, irrational politics does pay. Nationalist sentiment does not create prosperity and nor can abrasive negotiating tactics ensure stability. It's time to see Trump's policies for what they are, a liability.
(If you want to contribute and have specific expertise, please contact us at opinions@cgtn.com)