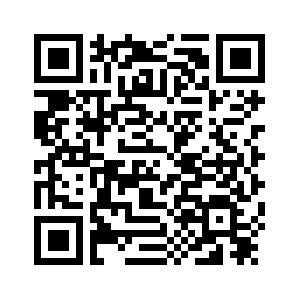 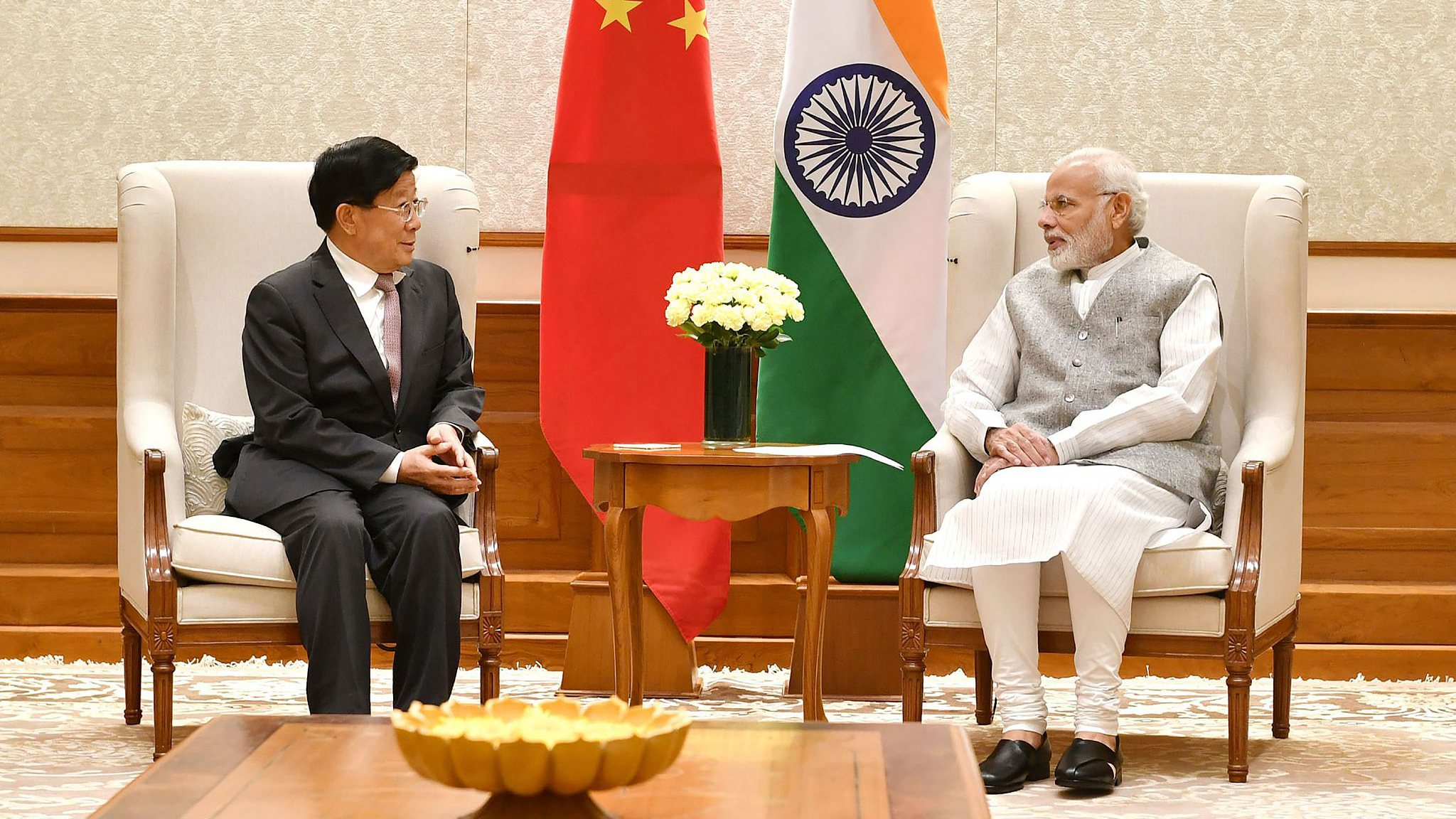 ‍Editor's note: Ashok Sajjanhar is the president of the Institute of Global Studies in India, and former Indian ambassador to Kazakhstan, Sweden, and Latvia. The article reflects the author's views, and not necessarily those of CGTN.
An unprecedented agreement on Internal Security Cooperation was signed in the presence of India's Minister of Home Affairs Rajnath Singh and the visiting Chinese State Councillor and Minister of Public Security Zhao Kezhi during the first India-China High-Level Meeting on Bilateral Security Cooperation co-chaired by the two leaders on October 22, 2018.
This is the first agreement of its kind signed by India with any country and will further consolidate cooperation in various areas, including counter-terrorism, organized crime, drug control and others.
This agreement is a huge shot in the arm for promoting ties between the two countries and reducing the level of mutual distrust which had reached a precipitous level last year as the armies of the two countries were locked in an eyeball-to-eyeball confrontation on the Dong Lang (Doklam) plateau.
Although leaders of the two countries, Prime Minister Narendra Modi and President Xi Jinping, had met immediately after the crisis was peacefully resolved, in Xiamen on September 4, 2017 for the BRICS Summit, the real thaw in relations occurred when they got together for an informal summit at Wuhan, central China on April 27 and 28 this year. 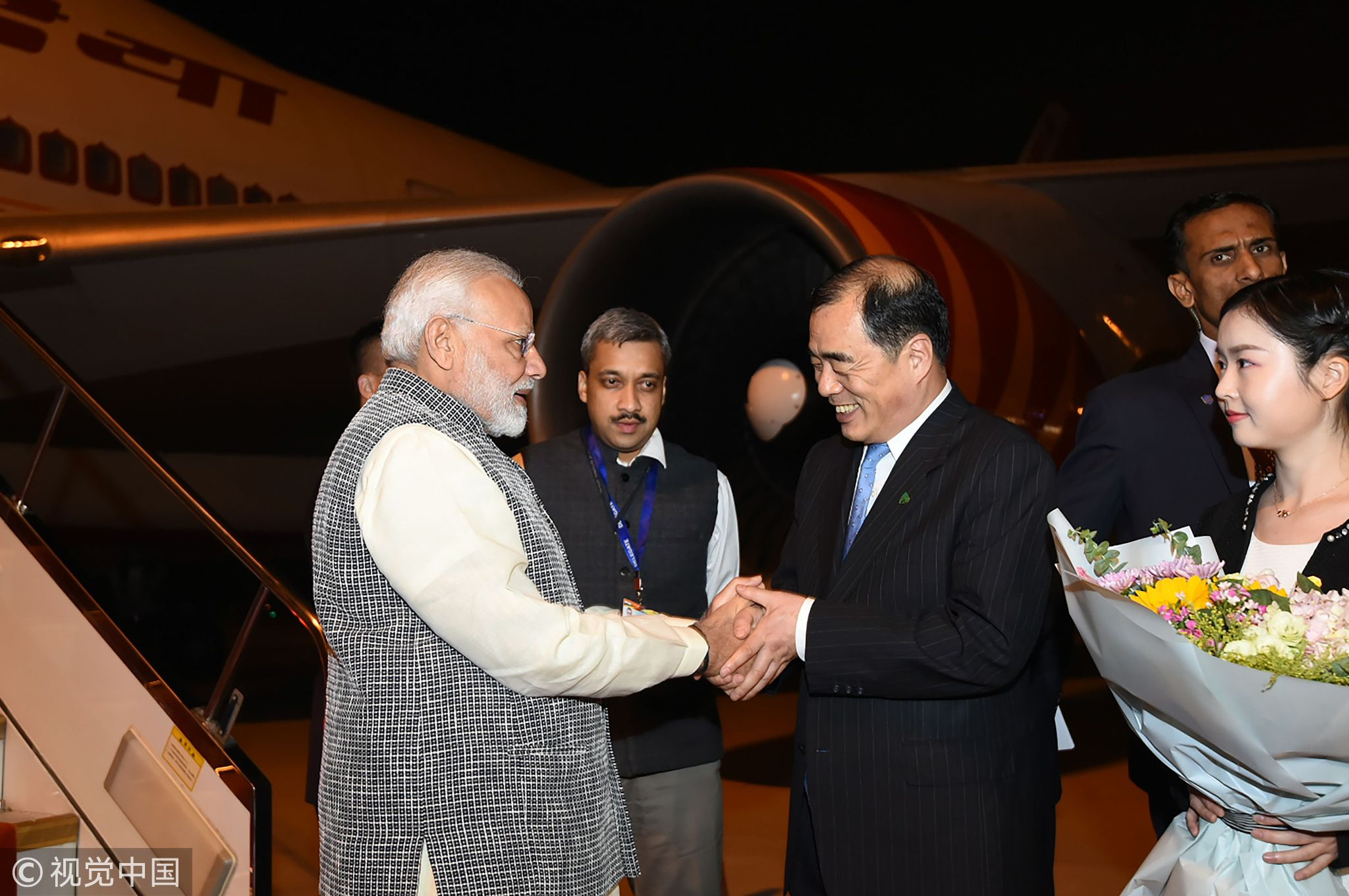 India's Prime Minister Narendra Modi (L) being welcomed upon his arrival in Wuhan, ahead of a meeting with Chinese President Xi Jinping, April 26, 2018./ VCG Photo

India's Prime Minister Narendra Modi (L) being welcomed upon his arrival in Wuhan, ahead of a meeting with Chinese President Xi Jinping, April 26, 2018./ VCG Photo

Deliberations at the Wuhan Summit were a ‘'game-changer'' in the evolution of bilateral relations. They ‘'reset'' ties on a robust, upward trajectory. Modi and Xi agreed to provide strategic guidance to their commanders to maintain peace and tranquility on the border and ensure that incidents like Dong Lang (Doklam) do not recur.
The signing of the Internal Cooperation Agreement is one of the first substantive and concrete results of the ‘'Wuhan Spirit'' launched earlier this year.
Negotiations for the agreement began in 2015 following Minister Rajnath Singh's visit to China. Initially, the Chinese wanted separate agreements for the different issues, but in the wake of Wuhan, they accepted the idea of an umbrella agreement.
Maintaining internal security and combating terrorism are the most formidable challenges confronting not only the two countries but the entire world.
While China is concerned about the unrest in its Xinjiang region, India has been battling with terrorists infiltrating from across its western borders. 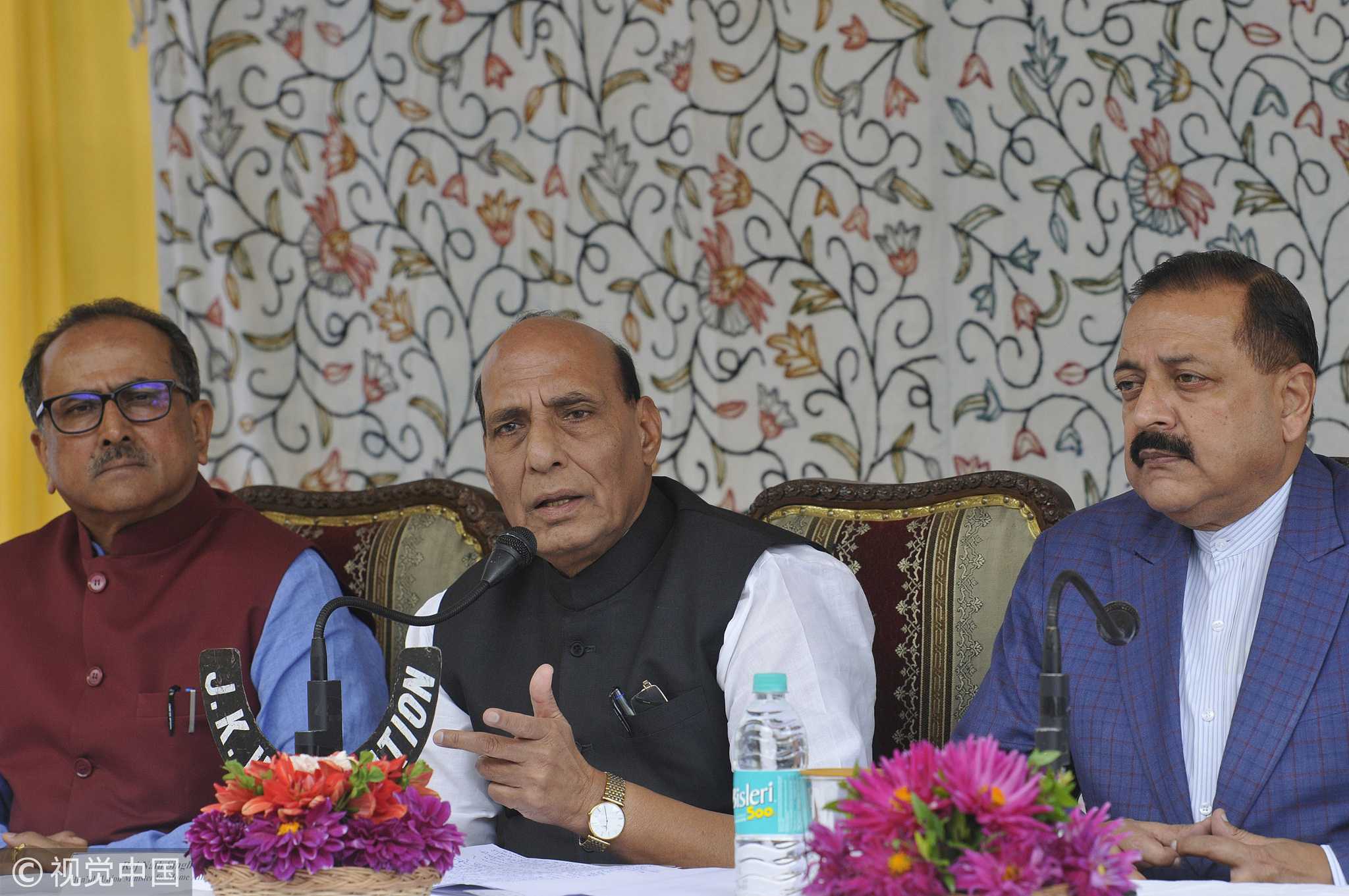 Singh is the head of eight central armed police forces with a combined strength of about 10 lakh personnel, Zhao is responsible for day-to-day law enforcement in China.
This agreement also covers sharing best cooperation methods in disaster management and intelligence sharing, exchange program, sharing of best practices and others.
The agreement will be useful when dealing with other issues of mutual concern, such as narcotics smuggling, human trafficking and so on.
In the area of disaster management, it needs to be remembered that because rivers flow from China into India, there are often situations where forewarning is vital to prevent casualties from floods or landslides downriver. 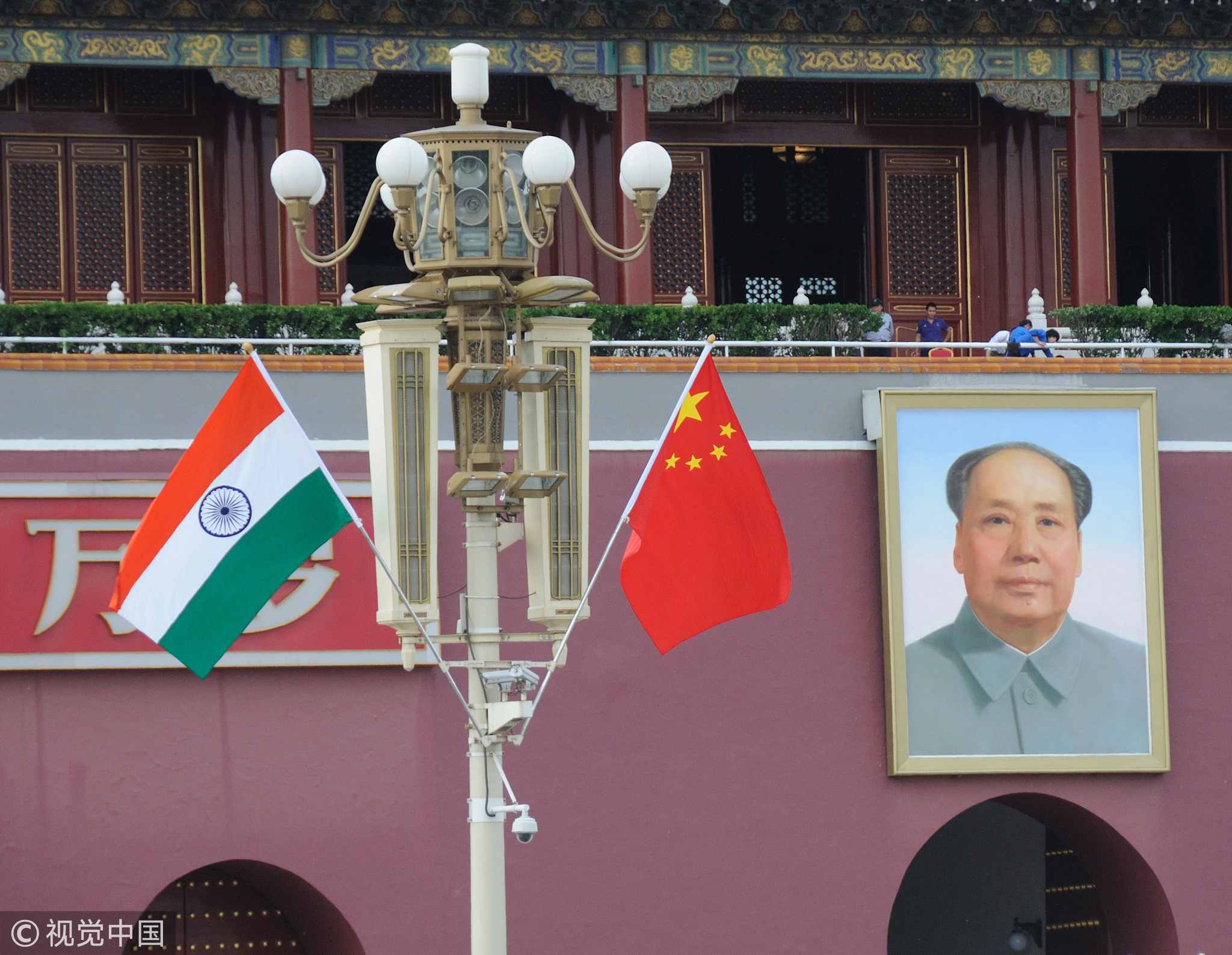 There are at least 10 Indians in Chinese prisons and an equal number of Chinese citizens in Indian prisons. This agreement could be the first step towards discussions to sign a Mutual Legal Assistance Treaty in the future.
It is understood that during separate discussions with Home Minister Singh and National Security Adviser Ajit Doval, issues of the supplying of arms to insurgent groups in India's north-east and the urging of Beijing to hand over Paresh Baruah, leader of United Liberation Front of Assam, were raised.
India's mention of Baruah to China comes in the backdrop of reports stating that Baruah has been making frequent trips to China. Not much forward movement is expected on this issue at the moment but a free and frank discussion on issues of mutual concern is a good beginning to generate confidence at the highest level between the two countries.
Discussions were also held on designating Pakistan-based Masood Azhar, leader of the Jaish-e-Mohammed terror group, as a global terrorist by the UN. 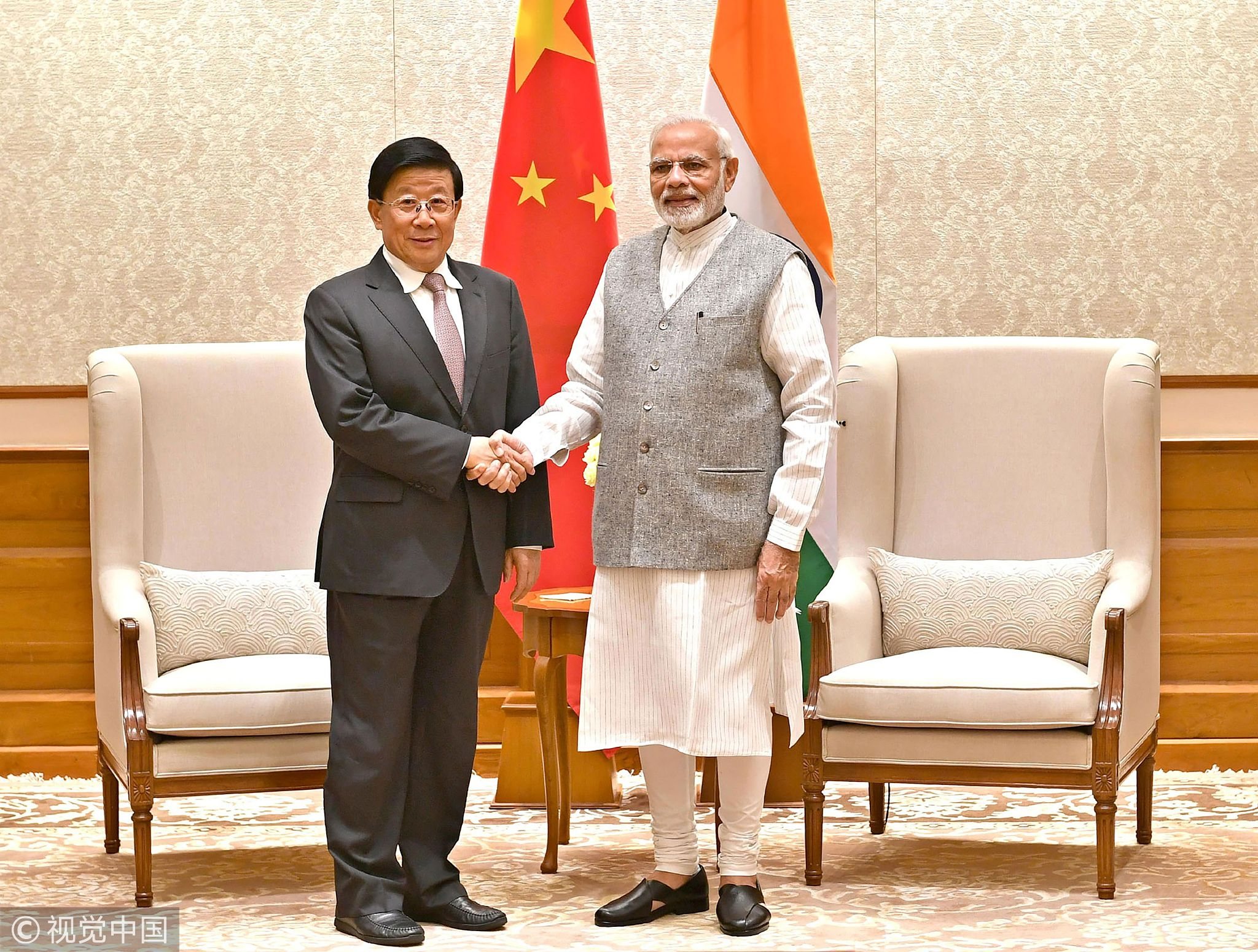 Minister Zhao called on Prime Minister Modi to provide a strong impetus to all-round relations between India and China.
The Wuhan summit has set the tone for Sino-Indian relations in the current period. The summit sent an important signal globally that the two countries are ready to handle their differences through dialogue to promote regional and global peace and security.
Going by the enhanced exchanges between the two sides of high-level functionaries, a discernible uptick in India-China relations over the past few months is evident.
India recently played host to Chinese Defense Minister General Wei Fenghe on a visit in August, 2018. Minister Zhao's five-day visit from October 21, 2018, as the head of a 20-member contingent is highly significant.
(If you want to contribute and have specific expertise, contact us at opinions@cgtn.com.)