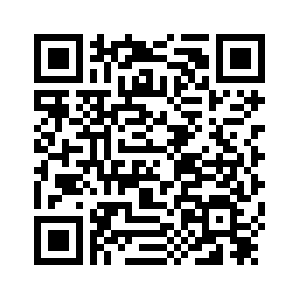 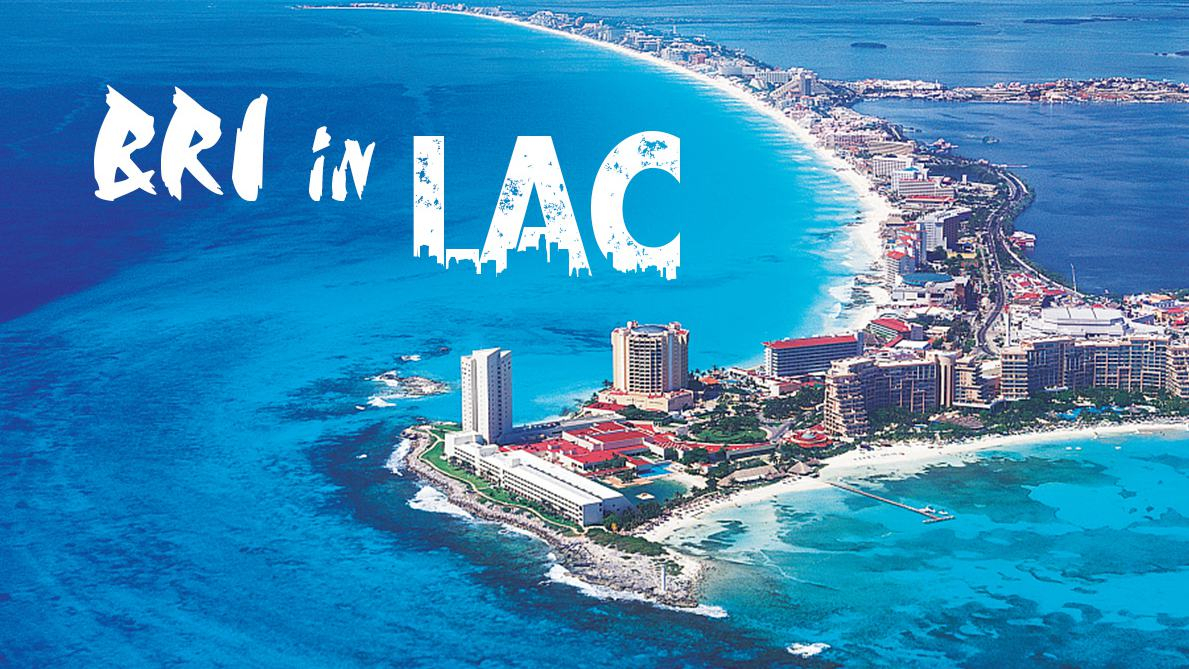 Editor's note: Pan Deng is a member of the Academic Committee at the Charhar Institute and executive director of the Latin America and Caribbean Region Law Center of China University of Political Science and Law. The article reflects the author's opinion, and not necessarily the views of CGTN.
At the second Belt and Road Forum for International Cooperation, Chilean President Sebastian Pinera, who came all the way from the other end of the world, delivered a keynote speech at the opening ceremony, which attracted great attention from people around the world.
Theoretically speaking, neither the ancient overland Silk Road, which started in Xi'an of ancient China and reached South Asia, West Asia, Europe and North Africa through Central Asia, nor the Maritime Silk Road, which started from coastal cities in southern China, passed through Malay Archipelago to the Arabian Sea and reached as far as the east coast of Africa, ever extended to Americas. The president from Latin America has made those people who still believe the Belt and Road Initiative (BRI) is only about the "countries along the routes" realize the global significance of the BRI.
In fact, Latin American and Caribbean States (LAC) have always been the co-constructors of the BRI.
In 2014, during President Xi Jinping's visit to four LAC countries, major local development strategies such as "Ambitious Development Plan of Brazil", "Plan Argentina 2020" and "The Model Updating of Cuba" were connected to several projects under the BRI. At that time, many LAC leaders expressed their strong interest in participating in the BRI. 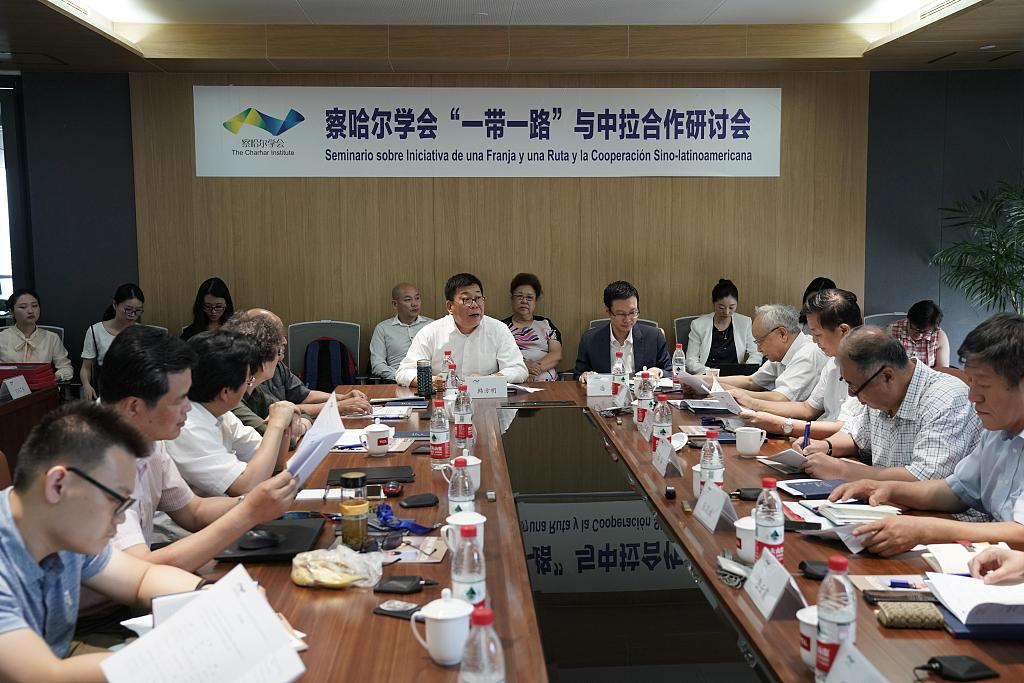 The "Belt and Road" seminar on cooperation between China and Latin America and the Caribbean, hosted by the Chahar Institute, was held in Beijing, May 28, 2018. /VCG Photo

The "Belt and Road" seminar on cooperation between China and Latin America and the Caribbean, hosted by the Chahar Institute, was held in Beijing, May 28, 2018. /VCG Photo

Although this initiative did not formally include LAC at the beginning, the presidents of Chile and Argentina still attended the first BRI Forum held two years ago. Ministers from more than 20 LAC countries also attended the summit.
The joint communique issued by the forum clearly included the co-construction of South American infrastructure integration. After the forum, Xi Jinping told Argentine President Mauricio Macri that "Latin America is the natural extension of 21st Century Maritime Silk Road."
Latin America's position in the BRI has become increasingly clear, which has sparked their enthusiasm to seek strategic connection with China under the BRI.
On November 17, 2017, during Panamanian President Juan Carlos Varela's visit to China, the two countries signed an MOU on the BRI. In January 2018, at the second Ministerial Meeting of the China-CELAC Forum held in Chile, the BRI received an enthusiastic response from the delegates.
In addition to the documents originally prepared to be reached, countries released a special announcement on the BRI. In the short period of slightly more than a year after that, 18 LAC countries signed MOUs of cooperation with China to build the BRI.
Although Argentina has not signed the above documents with China, it has confirmed through a joint statement that the comprehensive strategic partnership between the two countries should be extended to the Belt and Road Initiative.
Mexico has also adopted a pragmatic attitude. It is not in a rush to sign a memorandum of understanding. Instead, it has first conducted an in-depth study on the BRI by the academia on economics, and then actively and pragmatically promote specific projects. 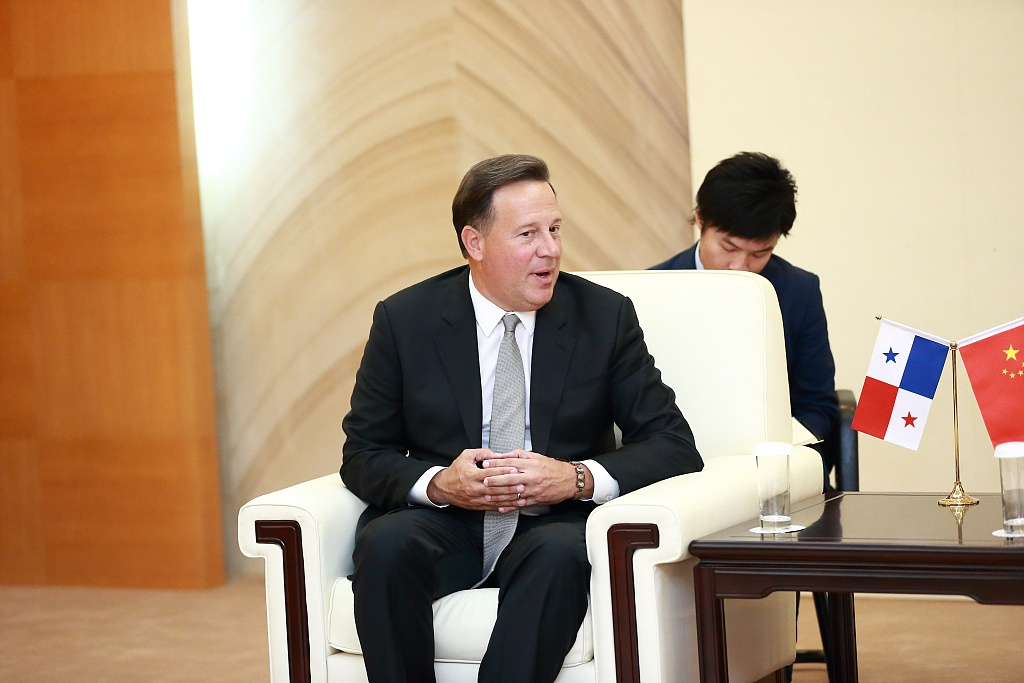 President of Panama Juan Carlos Varela paid a visit to China and gave a speech saying Panama will actively take part in the Belt and Road Initiative, November 18, 2017. /VCG Photo

President of Panama Juan Carlos Varela paid a visit to China and gave a speech saying Panama will actively take part in the Belt and Road Initiative, November 18, 2017. /VCG Photo

As defined by President Xi Jinping, China regards LAC as an indispensable and important participant in the construction of the Belt and Road. A number of cooperation projects have already gained early achievements in LAC, bringing tangible benefits to local people.
In 2016, Jamaica North-South Expressway fully opened to traffic, fulfilling the country's dream for nearly half a century. The Las Bambas copper mine project, with a total investment of more than 10 billion U.S. dollars, was built in one of Peru's poorest regions and will contribute more than 20 percent to the country's economic growth.
Coca Codo-Sinclair Hydropower Station in Ecuador has not only ended the country's history of power shortage but also made itself a source of foreign exchange. It has also created nearly 8,000 jobs. Belo Monte Electricity Transmission in Brazil is the first UHVDC project in the Americas. Currently, two phases of construction have been completed, meeting the annual electricity demand of 22 million people.
Before and after the second Belt and Road Forum for International Cooperation, China-LAC pragmatic cooperation has been yielding new fruits. Eight developmental financial institutions based in China and LAC such as Argentina, Mexico, Colombia established the first multilateral financial cooperation mechanism. Meanwhile, Barbados and Peru signed memorandums of understanding with China on the BRI, becoming the 19th and 20th LAC country to join the initiative.
Since the BRI was proposed six years ago, China-LAC exchanges have expanded in scope and depth and entered a new stage of all-round cooperation.
It seems that Latin American countries know clearly who is the unreasonable instigator and who is the true friend.
(If you want to contribute and have specific expertise, please contact us at opinions@cgtn.com.)