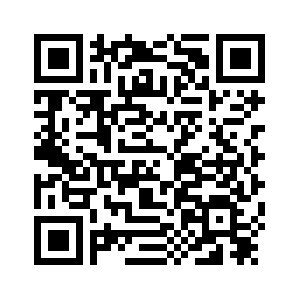 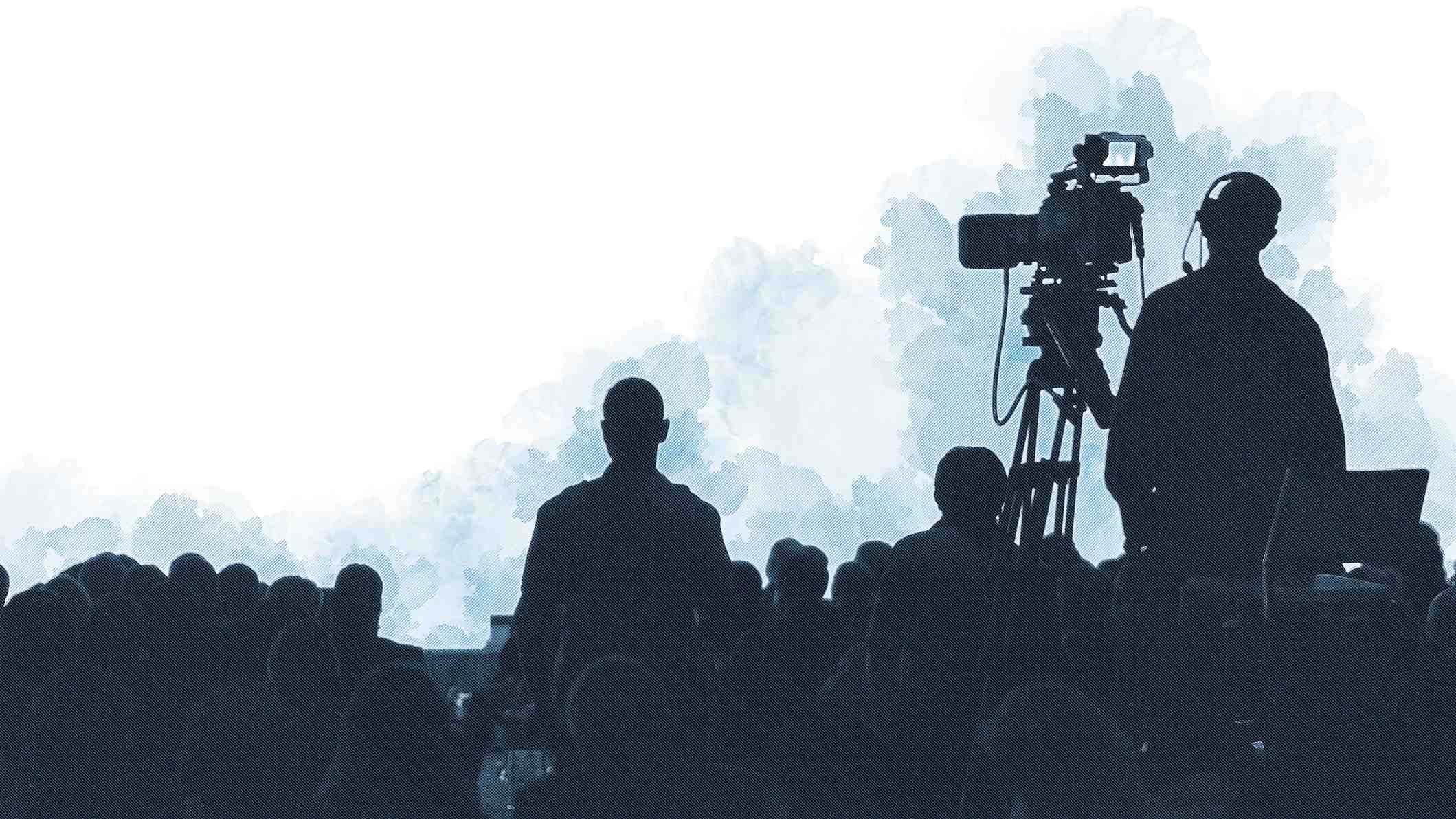 When we sit in a movie theater, eating our popcorn and preparing our tissues for another big hit, we dream together. In the dark, magic room with a big bright screen, the audience enjoys amazing acting, great storytelling and artistry that combine to create a unique form of joy only a cinephile can experience.
Yet, you may never know or think about the army of people involved behind the scenes protecting the intellectual properties of cinema. The movies can be considered a collective dream for a general public, but the piracy jeopardizing this booming industry is a real nightmare. 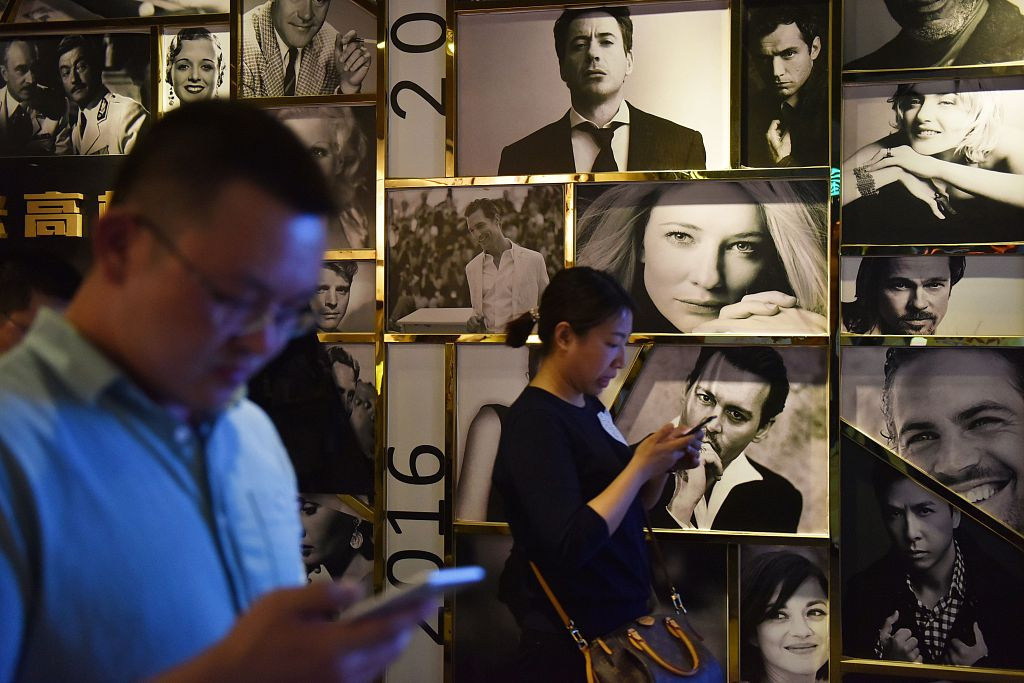 Movie-goers look at their mobile phones in front of a wall of photos of movie stars at the entrance to a theater in Beijing on May 23, 2018. /VCG Photo

Movie-goers look at their mobile phones in front of a wall of photos of movie stars at the entrance to a theater in Beijing on May 23, 2018. /VCG Photo

Over this Lunar New Year, Chinese police arrested 251 people who pirated dozens of movies, shut down 361 websites, closed 57 apps and seized seven servers engaged in the production of high-definition (HD) pirated films. The copyright administration deleted some 7,700 links to pirated movies during this period of time, which included eight major box office hits, such as the sci-fi blockbuster "The Wandering Earth" and the comedy, "Crazy Alien".
Mr. Fu, who is a foremost film distributor in China, told CGTN that there is a complete interest chain in the creation of pirated films that ranges from people bribing cinema staff to technicians who encrypted films and operate piracy servers. 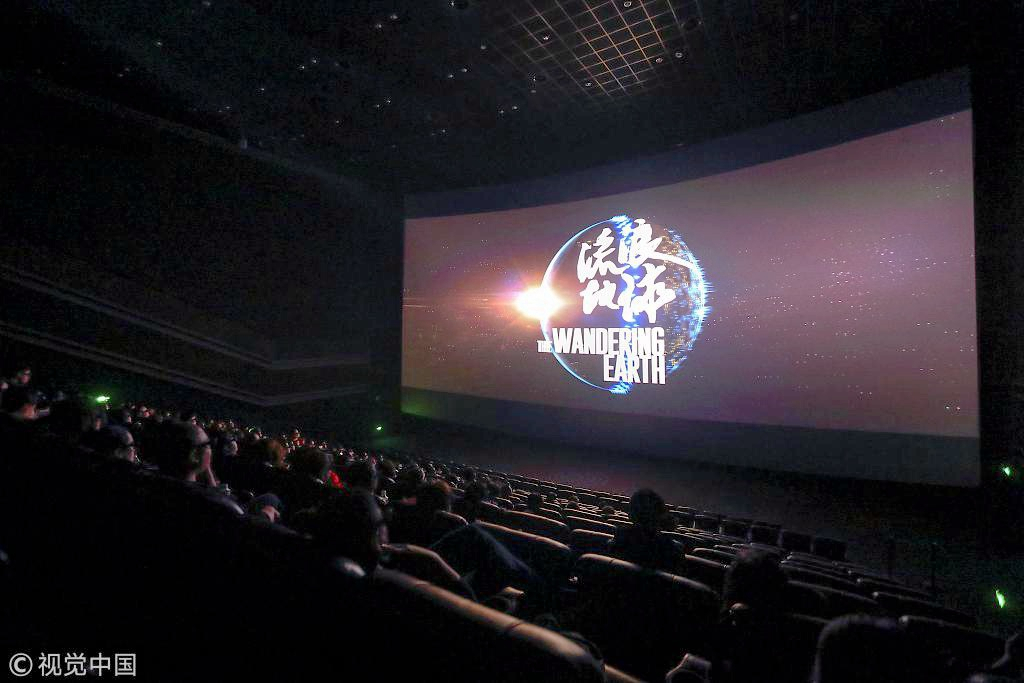 The fight against film piracy usually starts in the scripting stage. A good story needs certain IP protection to shoot. Scriptwriters get a legal contract to work on the writing, adapting, polishing or any other actions needed to complete the story, and the rights-purchase agreements help avoid unforeseen legal problems further down the road. Actors and directors' rights also fall to the producer, who decides what the final cut of the film should be. Distributors then deal with different market segments to release the films with secured IP rights.
"The digital era has brought both opportunities and challenges to Chinese film industry." Mr. Fu stressed, saying that IP rights protection is supposed to be a "closed loop", which means one little hole in legislation, law enforcement, film making, technologies, and public-awareness could crumble the system.

The streaming era has come

A decade ago, China was caught between two eras of copyright protection: It struggled to defeat traditional piracy (unauthorized copying and selling of CDs, DVDs, and etc.) while internet piracy grew to become a major issue in China.
Today, this struggle no longer exits.
In the latest fight against film piracy in China, rampant unlawful video websites get dragged under the spotlight because they are one of the major sources leaking pirated HD movies, even before films get official releases. On the other hand, consumer spending on streaming services has reached to 53.6 billion yuan in 2018 - only 7.3 billion yuan away from equalizing the theatrical market (box office) earnings.
The theatrical and home entertainment market environment survey by Motion Picture Association of America (MPAA) shows the number of subscriptions to online video services (613.3 million) such as Netflix and Amazon Prime increased by 27% between 2017 and 2018 globally. Home entertainment has had a 34% increase in streaming services year-on-year, while box office only had a 1% growth. Evidently, online video services are becoming a trend and changing the traditional market.

China is used to struggle to defeat traditional piracy (unauthorized copying and selling of CDs, DVDs, and etc. /Getty Image

China is used to struggle to defeat traditional piracy (unauthorized copying and selling of CDs, DVDs, and etc. /Getty Image

This big market though is not only stirring up filmmakers' hunger, those bootlegging websites are also becoming greedier. As many pirated movies are put on websites that use internationally-based servers and shared via private instant messaging tools, the battle against piracy requires clear strategies and advanced technologies targeting smartphone applications, WeChat, QQ, and other forms of social media.

2015 saw explosive growth in the Chinese box office. The market landscape has changed then due to the shift of national cultural policies and boom in content-making websites. In 2018, China became the second largest film market globally by producing 1,022 movies which together earned 60.98 billion yuan.
"Online video is an inevitable trend," Mr. Fu said in the interview, adding that China is actually running faster than other countries in terms of intellectual property co-branding and marketization. However, he expressed the same concern that most of film insiders have: That IP infringement is stealing both money and passion from the industry. 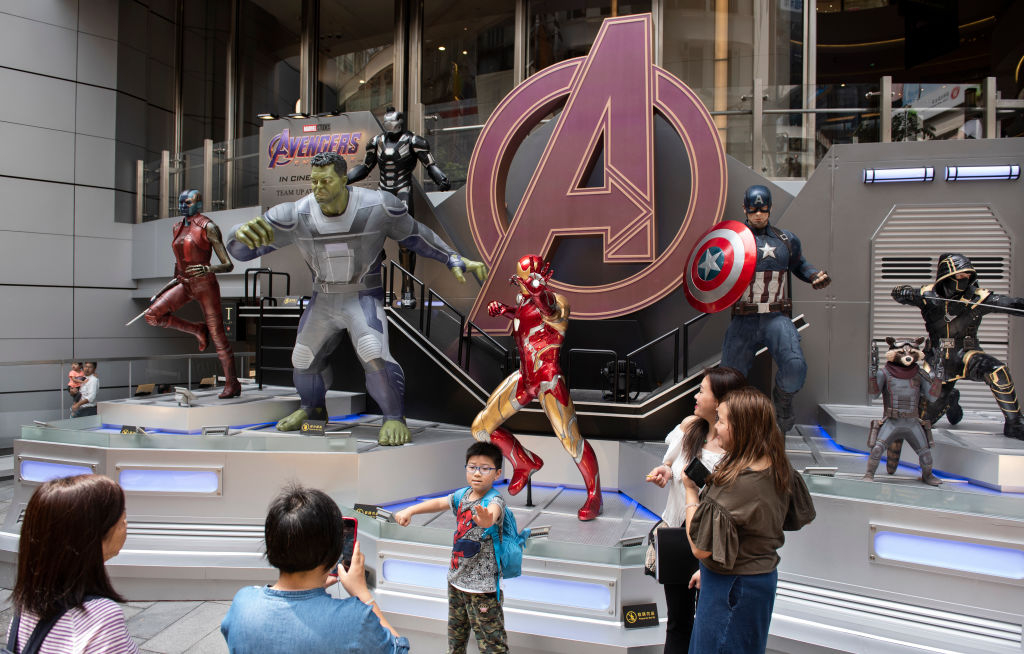 “The Chinese film market is going to be the largest one in a very short order. But feelings of sadness and helplessness in this fight against piracy should be gone for good as we are tackling the issues very effectively."
Chinese film and TV industries have the potential for global success, but for that to happen, these IP issues need to no longer be its Achilles' heel.
(Cover Photo from Getty Image)