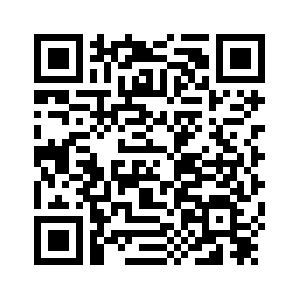 Editor's note: Mohan Guruswamy is the chairman and founder of the Centre for Policy Alternatives in India. The article reflects the author's opinion, and not necessarily the views of CGTN.
Indian Prime Minister Narendra Modi will be once again visiting Japan from October 28.
Many people on both sides hope this will further bring these two Asian giants closer, and to close ranks against the third and increasingly assertive Asian giant- China.
The Donglang crisis gave Japan a great opportunity to win goodwill in India and it seized the opportunity with both hands to get along with the US to become one of the two countries that openly supported India during the standoff.
Suddenly editorials and commentaries were waxing eloquent about a new strategic relationship to counter China. But little has moved since then because the geopolitics and geographies of the two countries are entirely different.
A deep sea separates Japan and China. Japan is also a treaty ally of the US and is protected by the US' great military presence.
India, on the other hand, shares a long contested border with China and has over a quarter of a million heavily armed troops and a huge and modern air force deployed against an equally powerful PLA.
At many places, the forces are eyeball to eyeball. War is a hair trigger away and this is not like the "Kabuki drama" Japan and China play. 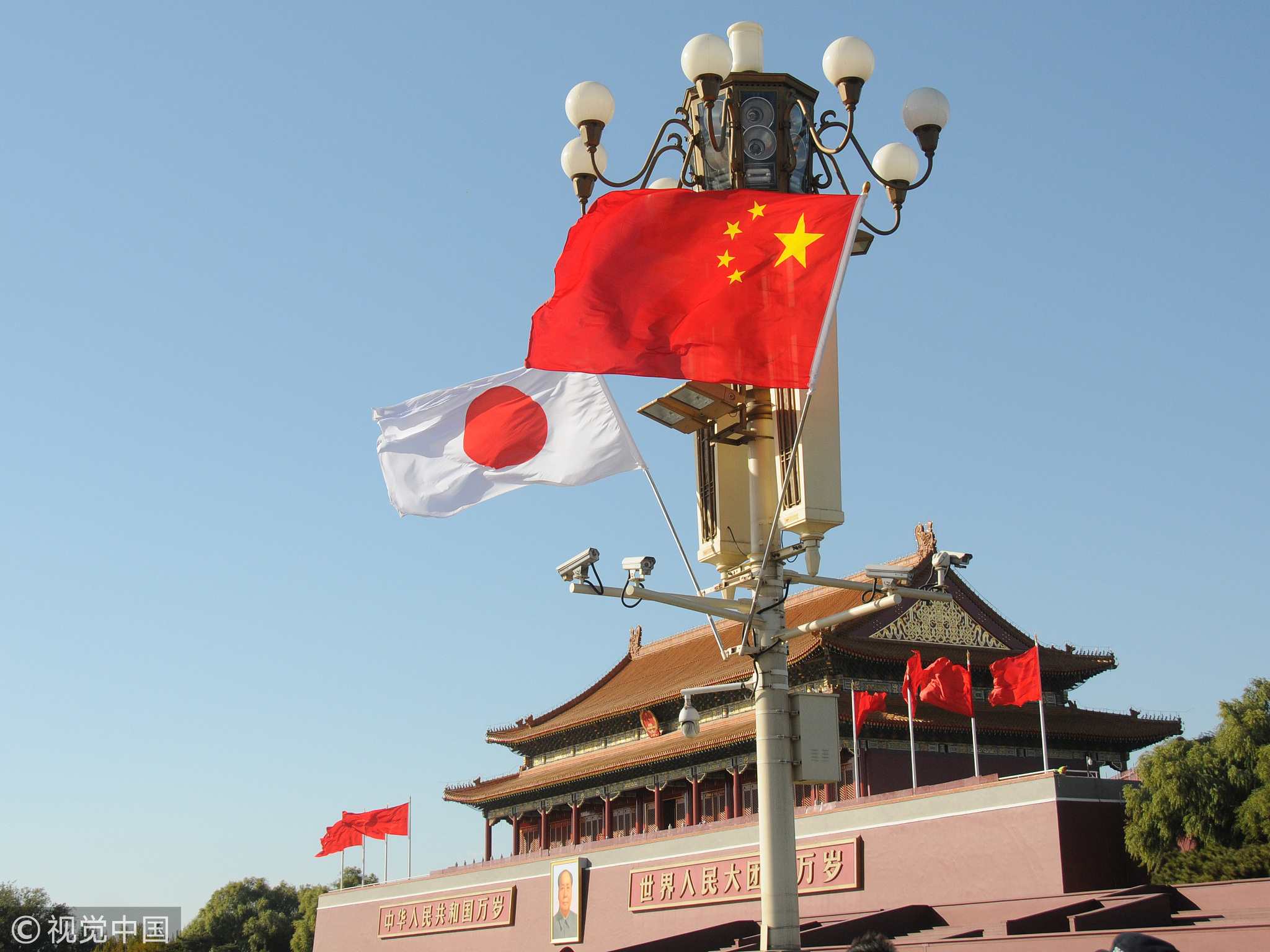 The scars that blight Japan and China relations are old and deep, and even their being close economic partners have not erased them. India will do well to skirt away from this conflict and focus on serving its own interest.
Japan and China do a lot of business together. Total trade between China and Japan is over 297 billion US dollars. In addition, 7 million Chinese visited Japan last year. By contrast, Indo-Japanese bilateral trade is a little under 13.5 billion US dollars.
China imports more from Japan than any other country and many of those goods are indispensable to China's economic advance — high-tech components to fuel its export machine and capital equipment for its expanding industries.
Since 2000, the total Japanese FDI in China was 122.4 billion US dollars.  During the same period, the total Japanese FDI in India was about 25.7 billion US dollars.
India has a propitious demographic window from now till about 2060 when it must transform itself into a modern and prosperous nation. After that, the demographic situation will start turning adverse with an aging population and an increasing dependency ratio. 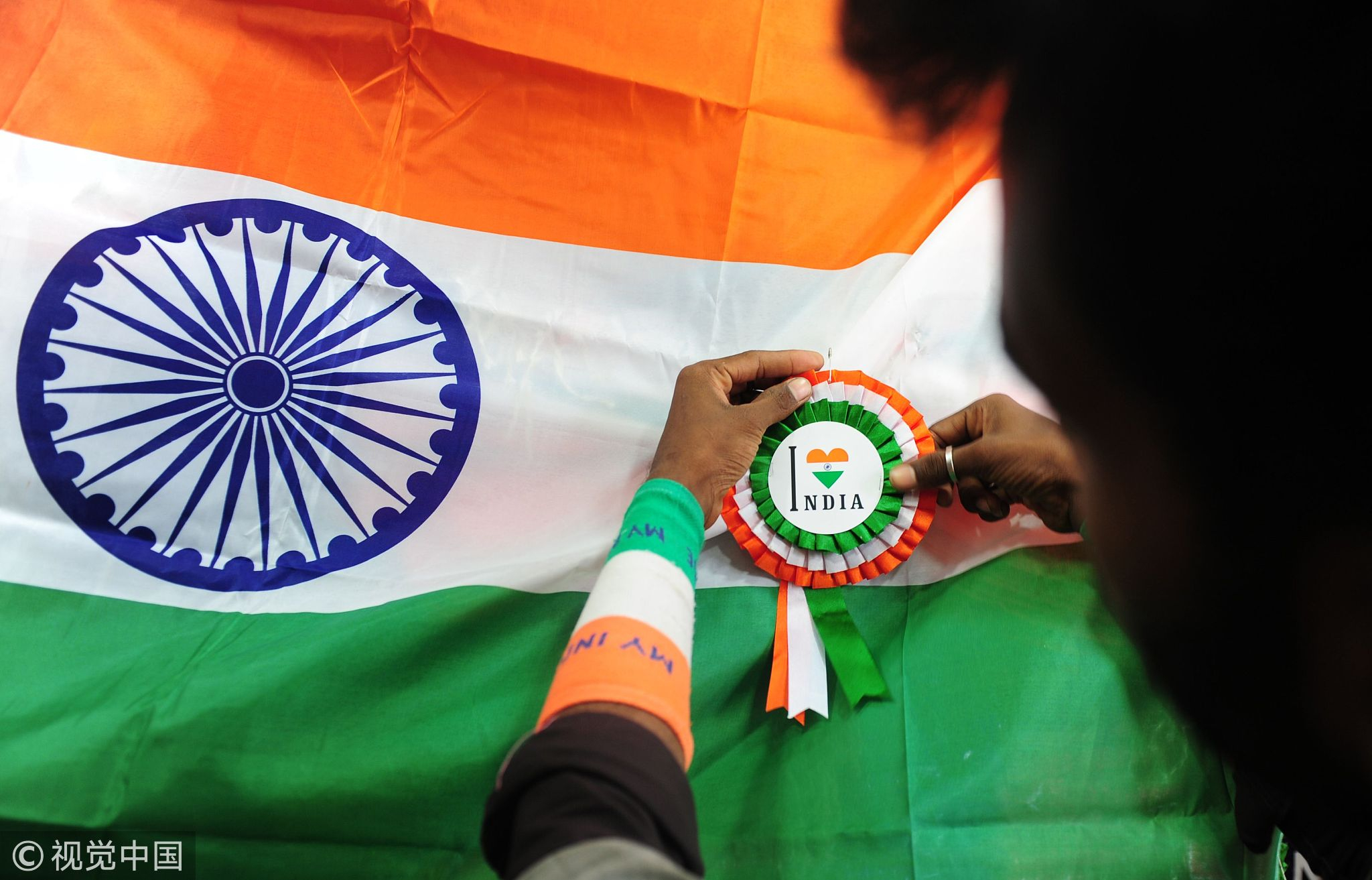 An Indian shopworker pins a badge that reads 'I Love India' onto an Indian national flag on display in Chennai, August 12, 2016. / VCG Photo

An Indian shopworker pins a badge that reads 'I Love India' onto an Indian national flag on display in Chennai, August 12, 2016. / VCG Photo

So not only is time money, but money is also time. But we need to look for foreign investment to build our nation.
Right now, the only countries that have cash reserves to be bankers to India's plans are China and Japan. China has reserves amounting almost 4 trillion US dollars and Japan has a little more than 1 trillion US dollars.
Only they have the sovereign funds that can realize many of our plans. India needs very long-term funds to build its infrastructure. The private sectors of the US and Europe are not capable of such long-term investments.
India, therefore, needs both the countries as economic partners. The kick-off of India's first high-speed railway, that links Indian cities of Mumbai and Ahmedabad, with Japanese technology and engineering, and fully financed by Japan at a low-interest rate of just 0.1 percent is a typical instance of Indian expectations. 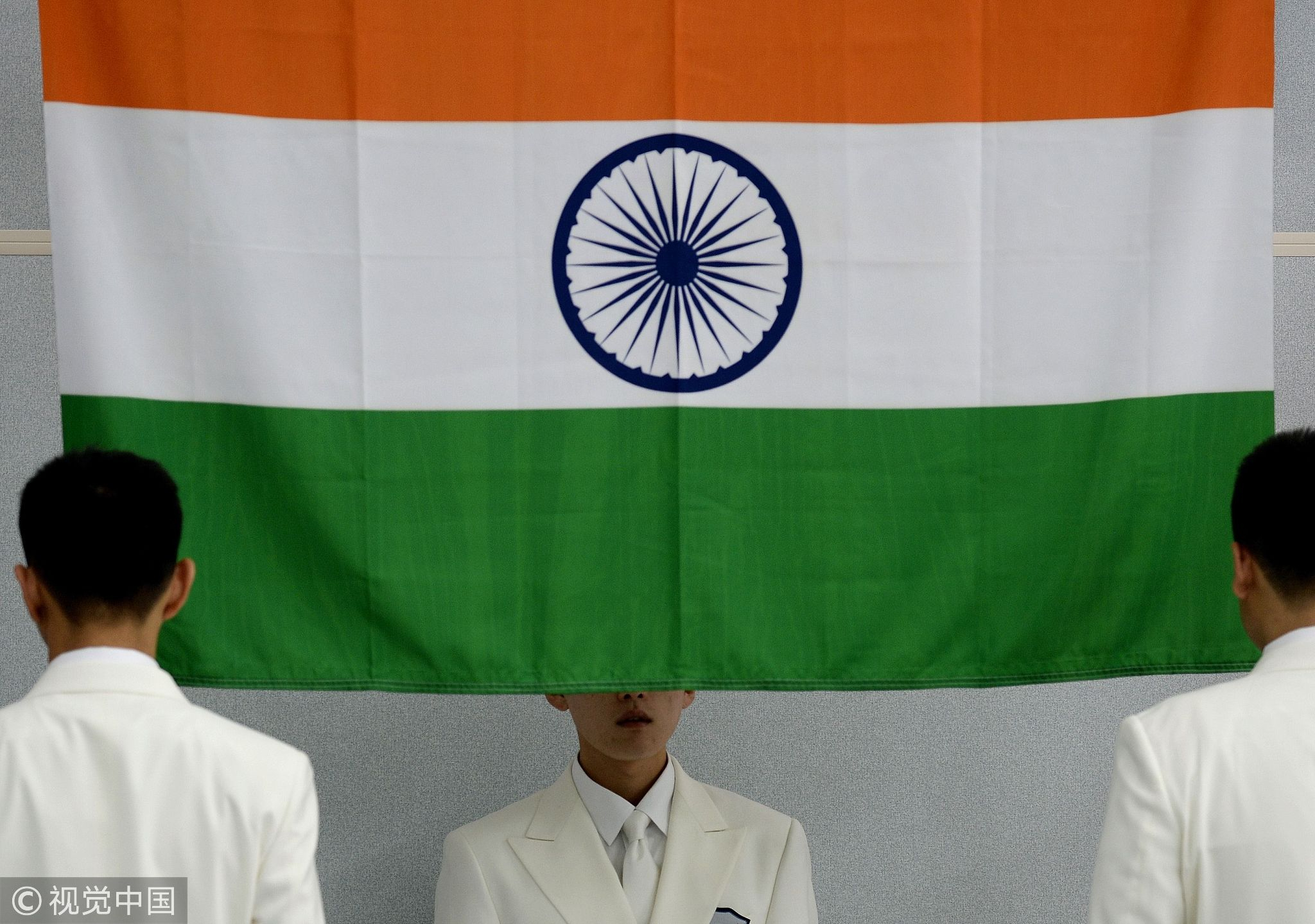 India, however, is not open to the kind of Chinese high-cost investments made in Sri Lanka and being planned in Pakistan. India will not pick up the tab for pump priming Chinese industry. India has far too much experience with foreign assistance.
Both, China and Japan, made it big by accessing the US market with their competitive advantage. They exported cheap and earned great wealth. India is hamstrung with archaic labor laws and a relatively unproductive labor ethos.
And it hobbles along as a high-cost producer. It cannot become an economy built by trade surpluses. It still needs huge infusions of capital to transform it into a middle-class society.
In the present scheme of things, the US is too broke to provide India with capital. It offers India a "partnership" high on rhetoric and low on substance. India needs partners who can put money where their mouths are. For now only China and Japan can provide the economic partnerships India needs.
We need not make a this-or-that choice.
(If you want to contribute and have specific expertise, contact us at opinions@cgtn.com.)