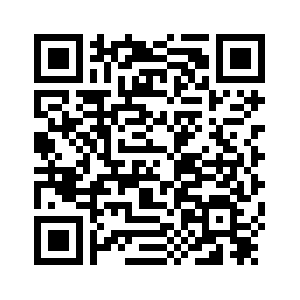 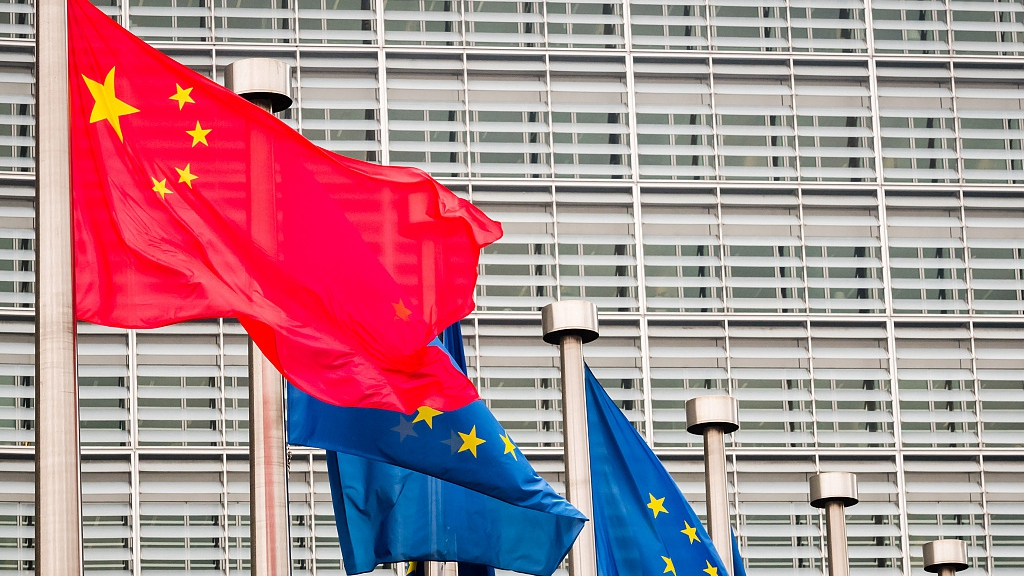 Editor's note: Bobby Naderi is a journalist, current affairs commentator, documentary filmmaker and member of the Writers Guild of Great Britain. The article reflects the author's opinion, and not necessarily the views of CGTN.
On April 9, Chinese Foreign Minister Wang Yi met with the High Representative of the European Union for Foreign Affairs and Security Policy Federica Mogherini on the sidelines of the China-EU leaders' meeting in Brussels.
After the meeting, the two sides issued a joint communique in which Mogherini said the EU is ready to work with China for broader ties. 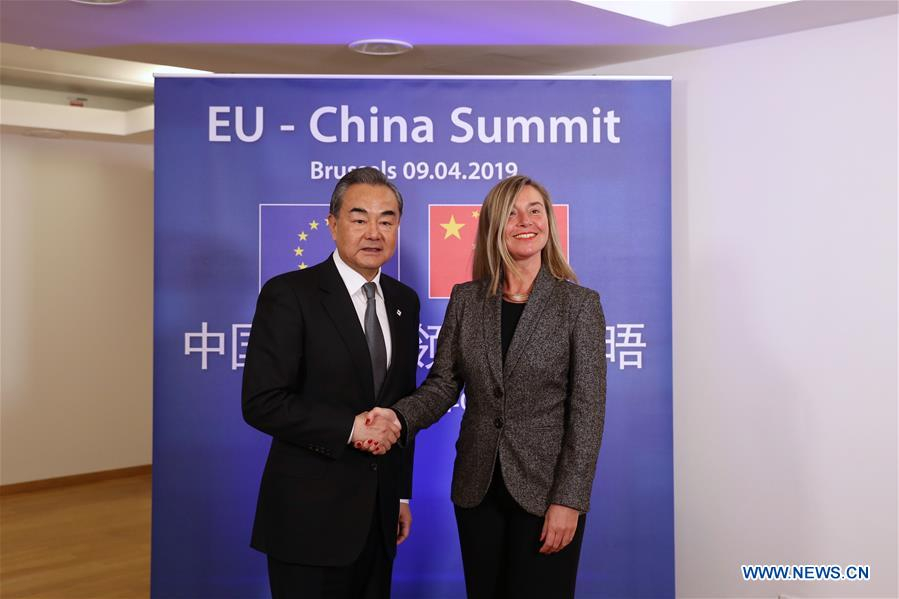 If Mogherini says the EU is ready to work with China for broader ties, that's because the EU foreign policy chief and many other European leaders don't view Beijing as a geopolitical rival and don't believe the existing trade relations are uneven.
It's a myth that there is a “strategic competition” between China and the EU. China has no ambitions to take control of Eurozone economies, and certainly its position as the second biggest economy in the world poses no challenge whatsoever to the EU.
Otherwise, Greece, Italy and the United Kingdom would have never signed bilateral cooperation agreements with Beijing under the Belt and Road Initiative (BRI) to improve regional cooperation and connectivity on a global scale.
As well, it's a myth that China is on the verge of eclipsing the United States in wealth and power, or “displacing it on the world stage,” or “seeking its place in the sun.”
It's ridiculous to claim that the Asian giant wants to transform itself into a high-tech police state, commit “commercial suicide,” and snoop on Western customers with Huawei and ZTE. It's a self-inflicted wound, unsuccessful in the end.
A proper diagnosis of China doesn't lead to any of the above categorizations. The reality is that many EU countries, despite intense U.S. pressure, haven't decided to ban Huawei equipment from their 5G network as they are not persuaded to believe that products made by the Chinese companies gather intelligence, conduct espionage, and plan and execute secret operations all over Europe. 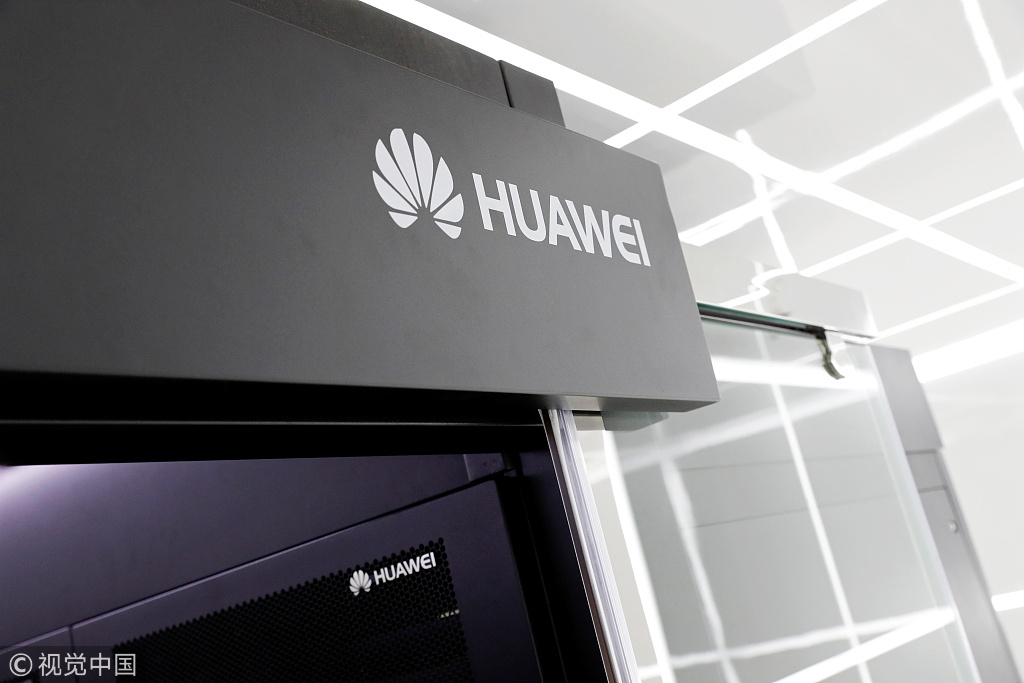 Logos of Huawei are seen on a device at its showroom in Shenzhen, Guangdong Province, China, March 29, 2019. /VCG Photo

Logos of Huawei are seen on a device at its showroom in Shenzhen, Guangdong Province, China, March 29, 2019. /VCG Photo

Here is a reminder: Vodafone Spain, a mobile telecommunications operator in Spain, has confirmed that Huawei will build the major part of its 5G network. Huawei also expects to win 5G network contracts in Germany – yet another vote of confidence from European telecom carriers.

It's a lie to claim that the BRI is global propaganda machinery.
The global infrastructure development project is not for making up for the absence of attractive political principles or ideologies. The predictable course is to facilitate global trade and connectivity by linking China with Europe.
The BRI, which incorporates many countries and international organizations, is for “global governance” and for making “indelible contributions to the progress of human civilization.”
The slowing global economy and growing political problems have panicked and weakened Western economies. If they want to make some gains and adjustments, they need to stop mistreating China with tariffs and security myths. They need to stop swaying their public opinion by appealing to prejudices and propaganda.

In a time of change, President Donald Trump is telling the world that his trade wars are not going anywhere. He says he will use the blunt instrument to challenge Washington's allies in Europe. He wrote on Twitter, that due to EU subsidies to planemaker Airbus, the U.S. "will now put tariffs on 11 billion U.S. dollars of EU products!" – from helicopters to Roquefort cheese. U.S. President Donald Trump during a press conference at the Rose Garden of the White House in Washington, DC, July 25, 2018. /VCG Photo

U.S. President Donald Trump during a press conference at the Rose Garden of the White House in Washington, DC, July 25, 2018. /VCG Photo

The ongoing World Trade Organization arbitration case also involves EU allegations of U.S. subsidies for Boeing. Brussels is preparing retaliatory measures because Trump will never settle back and consider the madness of it all.
Instead, he has helped make this reality all too visible: China and the EU could only deal with the uncertainty over Trump's assault on the global trading system through joint business investment and sentiment.
This strategic cooperation should seek new directions and question old assumptions and policies, to which most economists agree have resulted in substantial collateral damage to the global economy.
This is all to say that China and the EU should never take the Trump administration's route of pressuring each other to make reforms or deals using upstream and downstream tariffs, trade diversions, mutual claims and retaliation rights. The ideal way is to initiate dialogue on further strategic cooperation and joint investment projects.
This kind of “inter-regional cooperation mechanism” could happen through the United Nations and the BRI, and in the words of Chinese Premier Li Keqiang, under “the principles of equality and consultation, mutual benefits, openness and inclusiveness.”
(If you want to contribute and have specific expertise, please contact us at opinions@cgtn.com.)