Xi: Sino-Russian cooperation at highest level in the world
CGTN 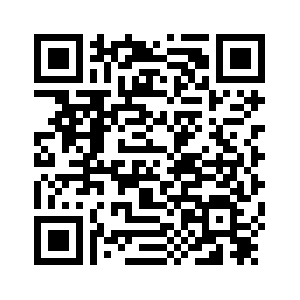 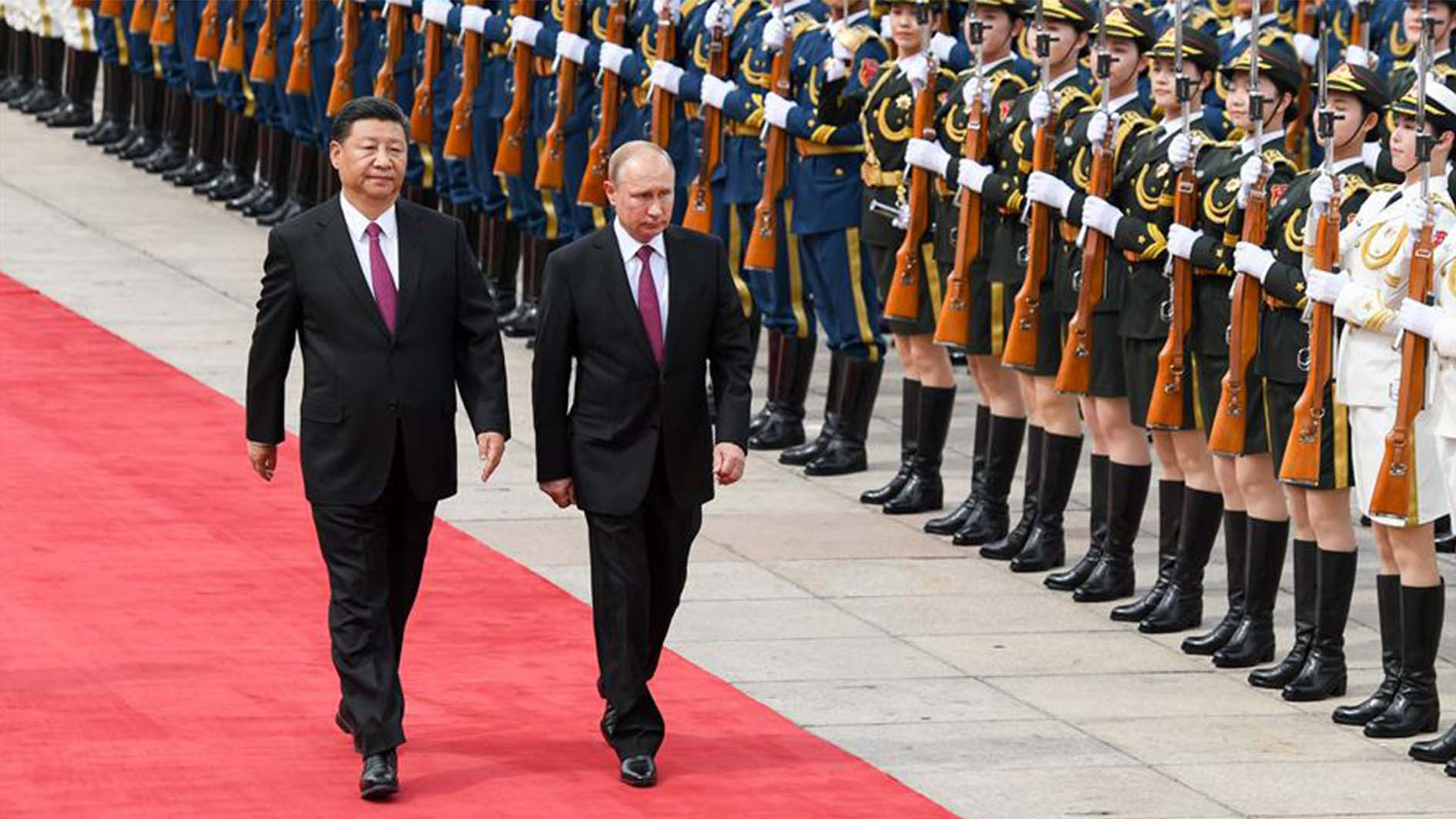 Chinese President Xi Jinping Friday stressed that cooperation between China and Russia is the highest in the world, relative to bilateral relationships among the world's major powers.
Xi made his remarks during a joint press conference with visiting Russian President Vladimir Putin in Beijing on Friday after bilateral talks.
The Chinese president said the strategic partnership is mature and stable and two leaders' first meeting this year is also a strong impetus in bilateral relations.
He pointed out that China and Russia are the world's most populous nation and largest country respectively. The two close neighbors have traditionally friendly ties and when deepening cooperation, they can achieve fruitful results. 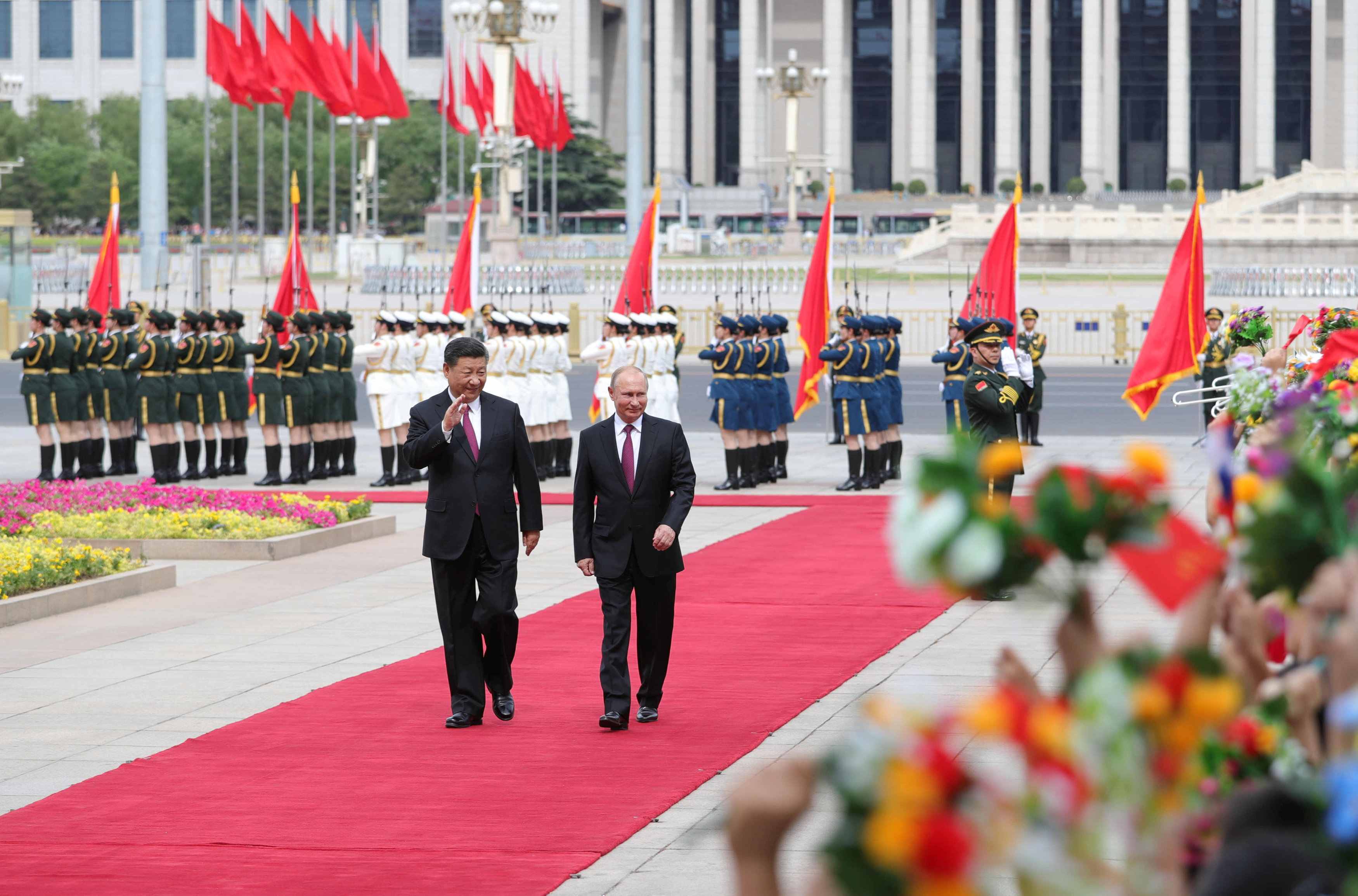 Economically, trade between the two countries reached 31.2 billion US dollars in the first four months of this year, an increase of 27.3 percent from the same period last year.
China is still Russia's largest trading partner and two sides' trade structure has been optimized, Xi added.
He noted that with the trend of trade protectionism, China and Russia have agreed that regional economic integration is an irresistible trend and they are speeding up the link between the China-proposed Belt and Road Initiative and Russia's Eurasian Economic Union (EEU) by signing a joint declaration on the connection of the Belt and Road Initiative with the EEU.
As 2018 and 2019 mark the years of China-Russia local cooperation and exchanges, Xi hoped the two sides could take this as an opportunity to enhance cooperation and friendship.
With Russia hosting this year's World Cup, and China hosting the 2022 Winter Olympics, Xi said he hoped that the two countries could support each other in international sporting events and exchange and cooperate more in the field of sports.
During talks with President Putin, President Xi said no matter how the international situation changes, China and Russia will support each other's core interests, and deepen cooperation and jointly participate in the global governance, and work together to establish a new-type of international relations and to build a community with a shared future for mankind.
Xi told Putin China is willing to take the Qingdao Shanghai Cooperation Organization (SCO) Summit as an opportunity to work with Russia and other member states to further carry out the principles of the Shanghai Spirit and to boost regional security and development.
Putin during the press conference said China and Russia are good neighbors of mutual trust and he has invited President Xi to attend the September Eastern Economic Forum in Russia. 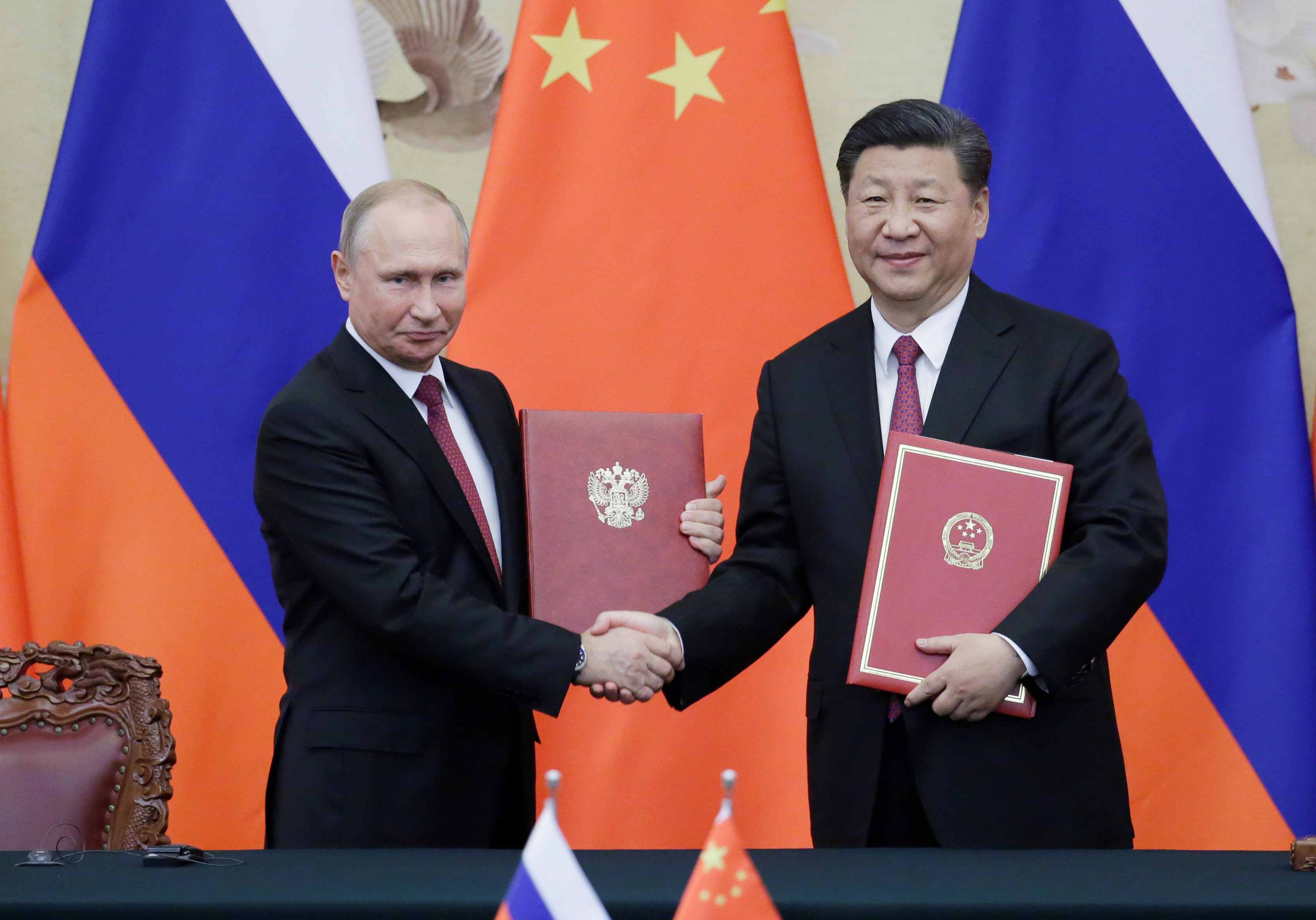 When talking to Xi, Putin said deepening the comprehensive strategic partnership of coordination between China and Russia is a priority for Russian diplomacy.
He expressed bilateral relations are at the highest point in history and are a model of state-to-state relations.
Putin told Xi, Russia is willing to deepen cooperation with China in the fields of trade and investment, energy, and infrastructure, and jointly work to achieve more results from the integration of China-proposed Belt and Road Initiative and the Eurasian Economic Union led by Russia.
He appreciated China's great efforts to promote cooperation among member states as the chairman of the SCO.
Putin also told reporters he assumed bilateral trade volume can arrive at 100 billion reaching a record high and hoped to continuously increase trade volume with China especially in oil industry.
He added two sides agreed that they are complementary in the field of energy cooperation and agreed to enhance technology cooperation, especially in aviation field.
The first-ever university jointly founded by Russia and China in South China's Shenzhen, is the result of bilateral cooperation in education field, Putin added.
Putin also mentioned Korean Peninsula issues during the press conference saying Korean Peninsula issues and the stable situation in Asia are China and Russia's common concern; both two countries are happy to see the inter-Korean summit.
He claimed Russia has recently contacted with the Democratic People's Republic of Korea (DPRK) and confirmed that the situation is moving forward in a right direction.
Chinese Premier Li Keqiang also met with Putin on Friday. He told Putin stable and healthy development of Sino-Russian relations is of great significance of both sides and world.
He said China is willing to expand the scale of bilateral trade with Russia, steadily promote energy cooperation projects like oil and gas and enhance cooperation in various fields including technology, aviation financial industry to promote Sino-Russian comprehensive strategic partnership of coordination to a new level.
Putin responded Russian side is also willing to strengthen its development strategy's connection with China to further promote practical cooperation in various fields and strengthen the cultural exchanges.
He hoped two sides could coordinate more under the SCO and other multilateral mechanisms to help two sides achieve more cooperative results.
00:40 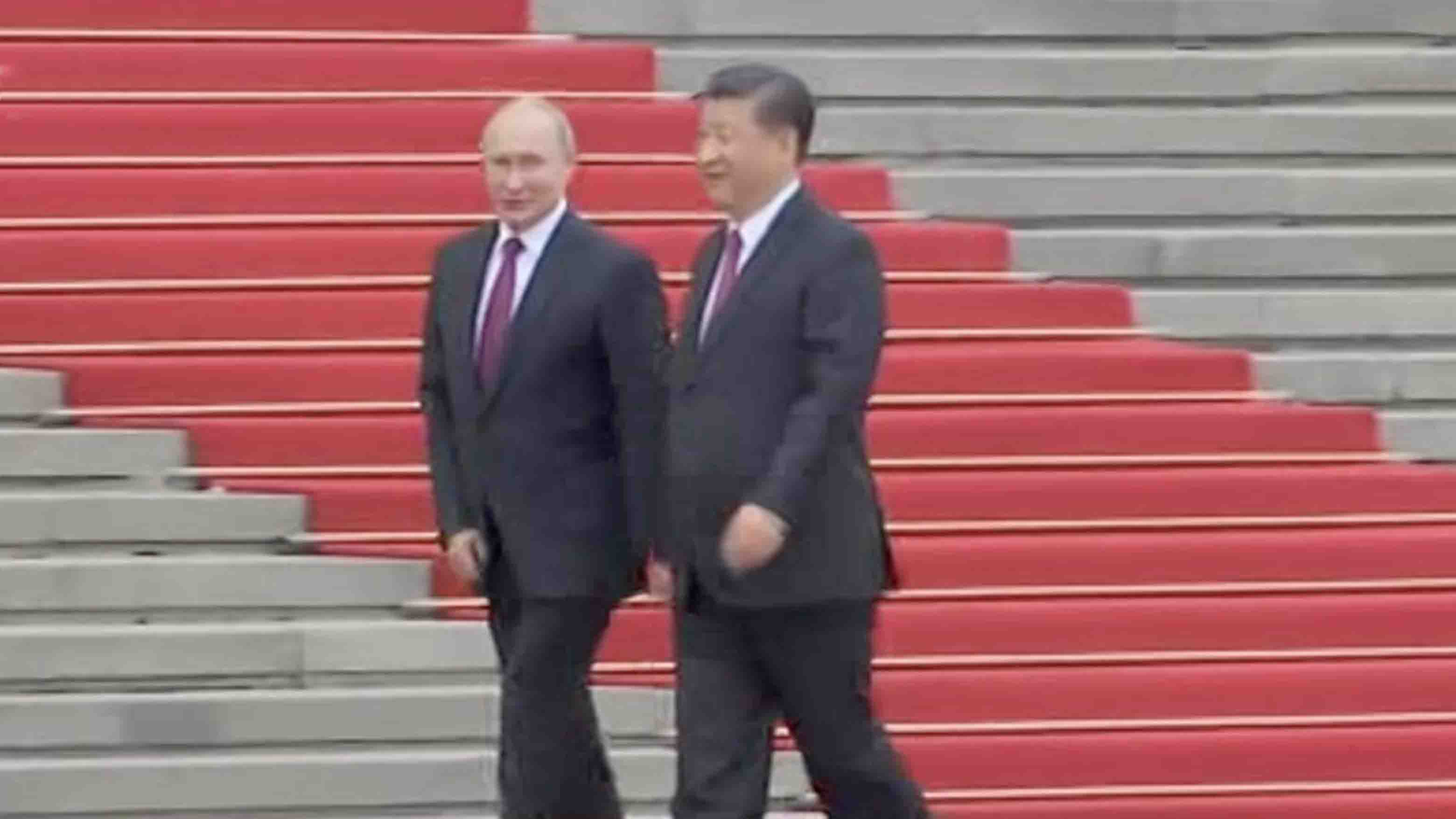 Earlier, Xi held a welcome ceremony for Putin. After the meeting, the two leaders also signed a joint communique and witnessed the signing ceremony of several cooperative deals.
The visit, from June 8 to 10, is Putin’s first trip to China after being re-elected as Russian president for a fourth term in office in March.
After his visit to Beijing, the Russian president will also visit Tianjin to attend cultural events and then attend the 18th SCO Summit in the coastal city of Qingdao, east China’s Shandong Province.
(CGTN's Su Yuting also contributed to the story.)