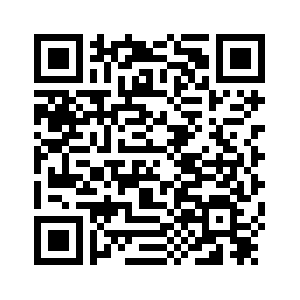 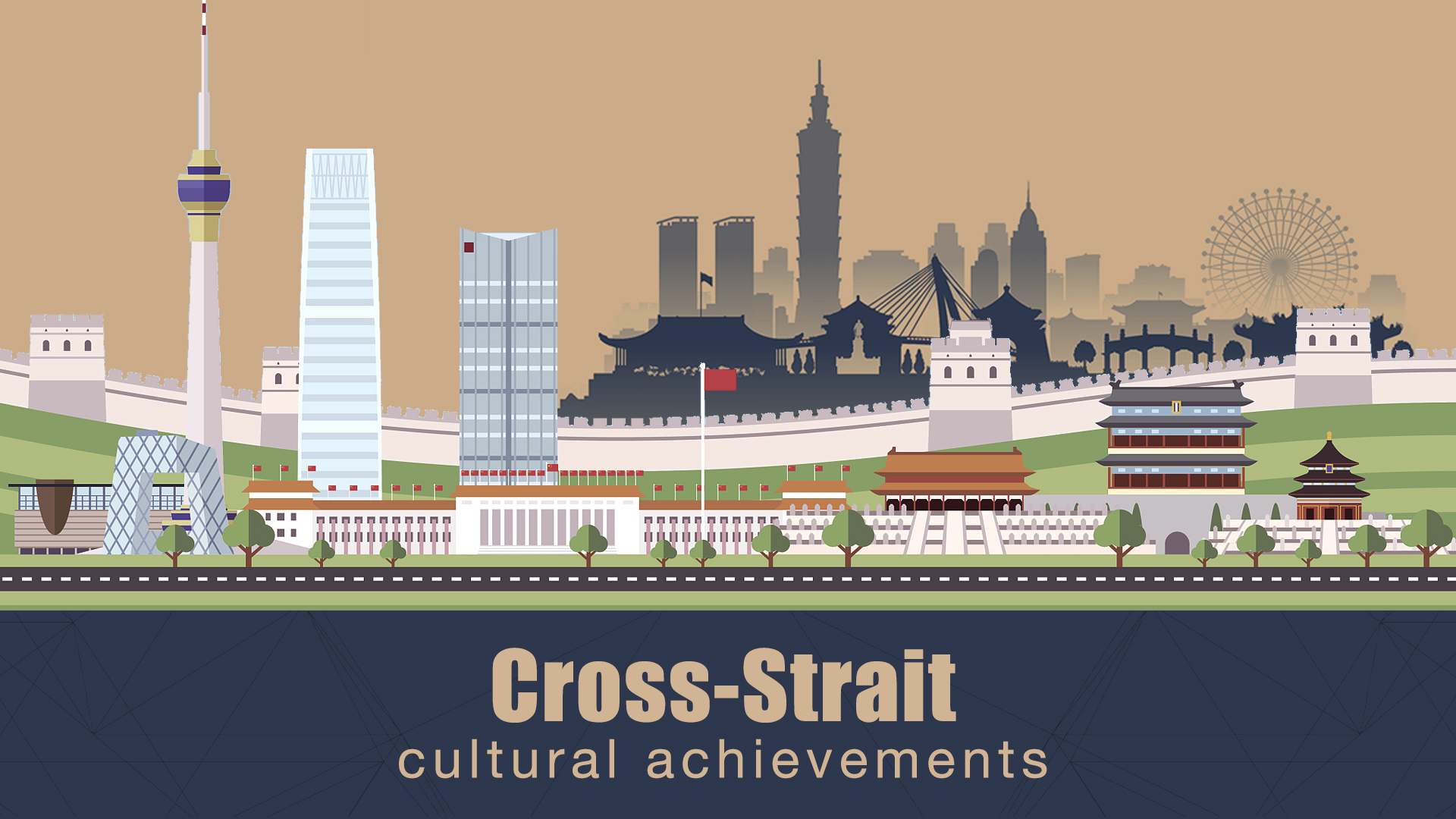 On New Year's Day 40 years ago, the Chinese mainland issued a heartfelt letter to compatriots in Taiwan, opening a new chapter in cross-Strait relations. In recent years, the mainland has continuously introduced preferential policies for Taiwan.
More and more people in Taiwan are benefiting from the Chinese mainland's inclusive policy. Some of them even went to the Chinese mainland to study or work and experienced its open policies regarding the economy and trade, education, film, and television.

In 1987, Taiwan opened the door for people on both sides of the straits to return home to visit relatives. In 1988, more than 437,000 people from Taiwan visited relatives on the Chinese mainland. The number has increased year-by-year. Since 2008, when Taiwan opened its doors to Chinese mainland tourists, the number of cross-Strait visits has doubled. 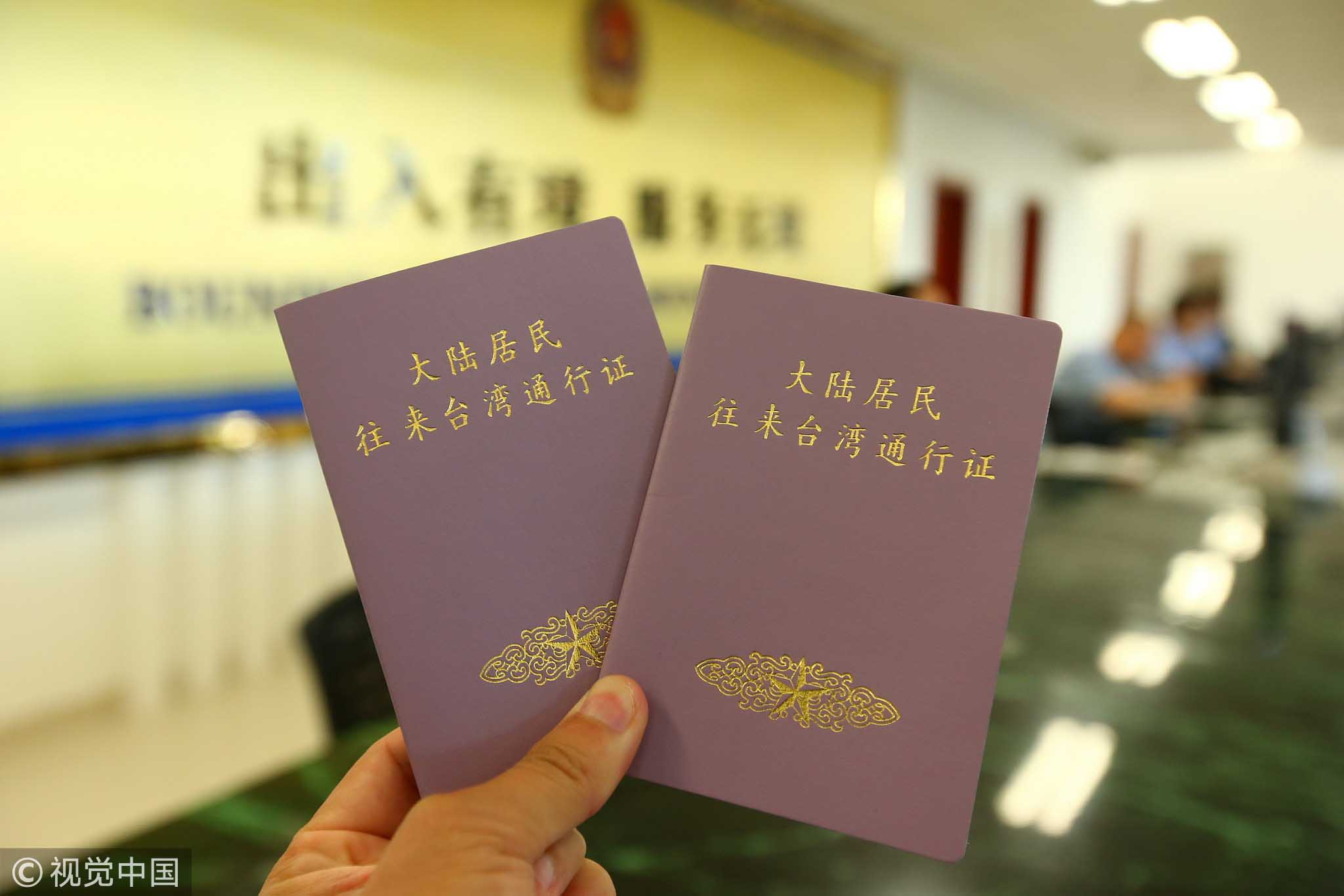 In addition to opening to tourists, the Chinese mainland's treasured giant panda also embarked on a journey to Taiwan.
In April 2005, the mainland decided to give Taiwan a pair of giant pandas as a gift. On the morning of December 23, 2008, giant panda "Tuan Tuan" and "Yuan Yuan," which means "reunion" in Mandarin, left Ya'an Bifengxia Panda Base and arrived in Taipei Zoo. 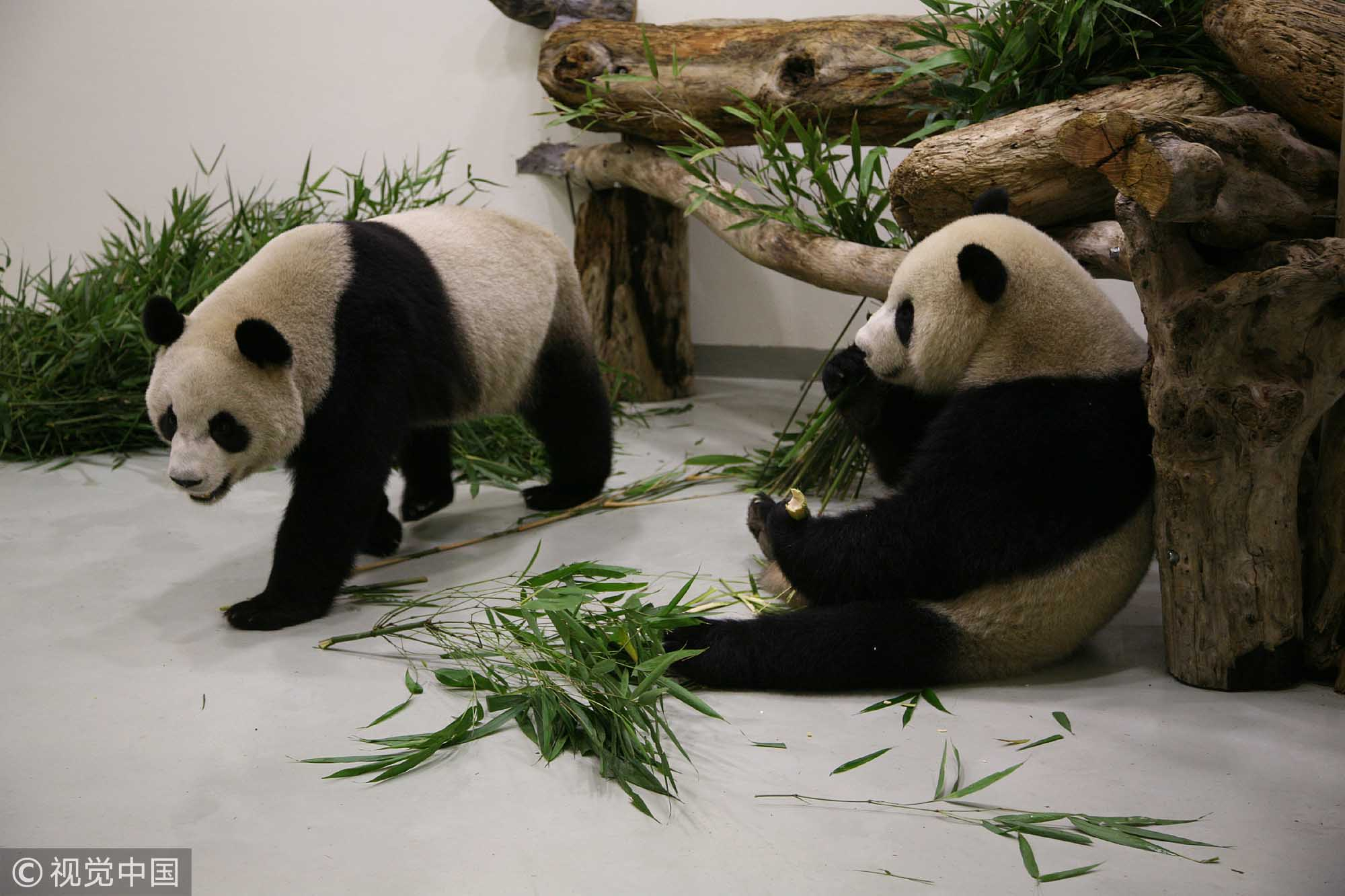 "Tuan Tuan" and "Yuan Yuan" first met the public of Taiwan in January 2009 at the Taipei Zoo. Tens of thousands of people rushed to see the cute pandas, sparking a panda craze in Taiwan. The zoo also took the opportunity to sell a large number of panda souvenirs, including T-shirts, dolls, and stationery.
According to the Taipei Zoo, many mainland tourists also visit the two pandas when they come to Taiwan. 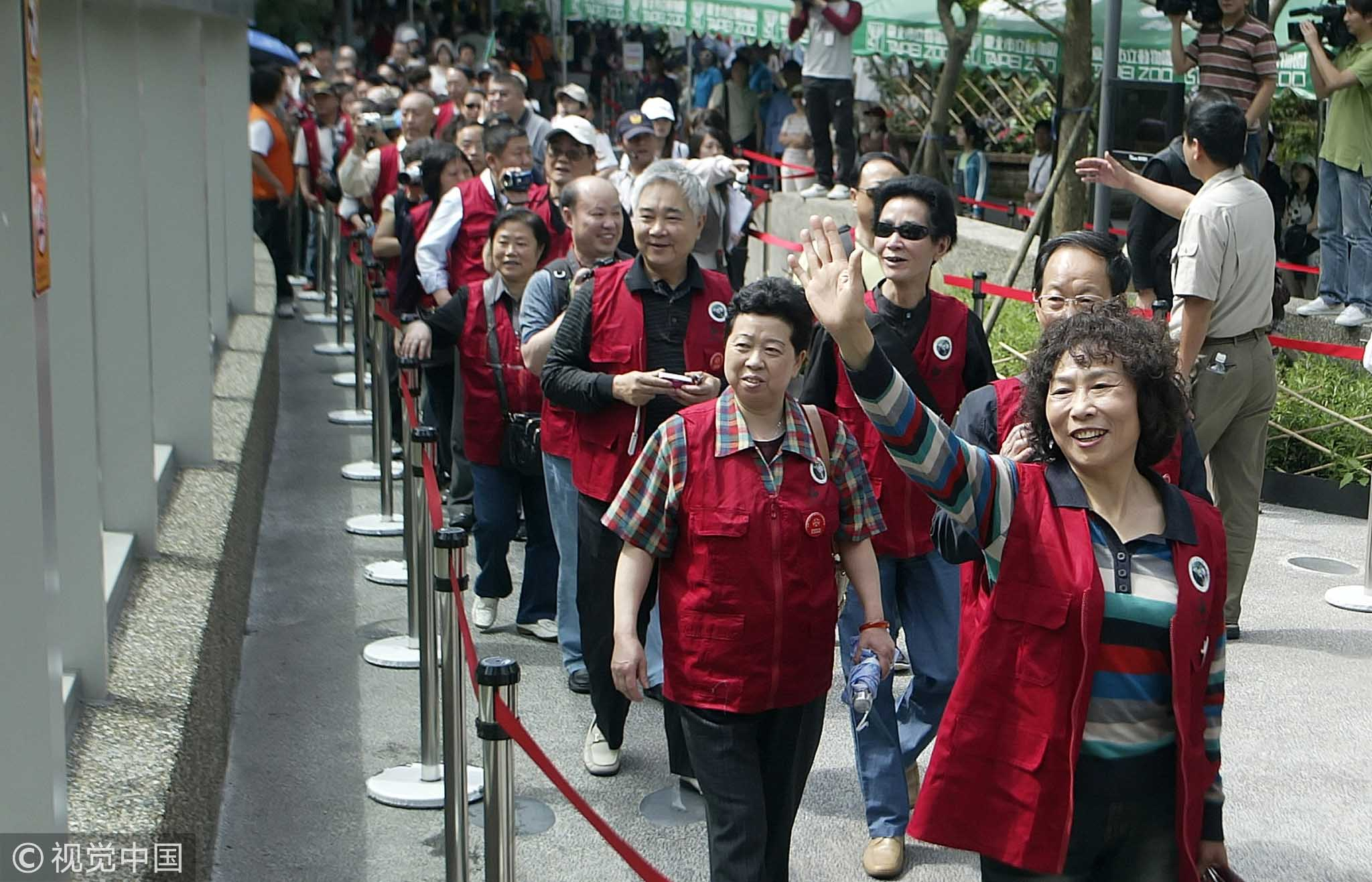 According to data from Taiwan.cn, between 2008 and 2016, more than 100 universities on both sides of the straits signed inter-university exchange and cooperation agreements, with thousands of students studying across the strait and tens of thousands of students from Taiwan visiting the Chinese mainland each year. Also, research institutions and organizations on both sides of the strait hold seminars on a regular basis.
Relevant cultural departments often jointly organize large-scale cultural exchange activities, such as performances by celebrities on both sides of the straits and co-production of films and television programs. Also, cross-Straits civil organizations often visit temples and hold cultural heritage exhibitions on the other side. 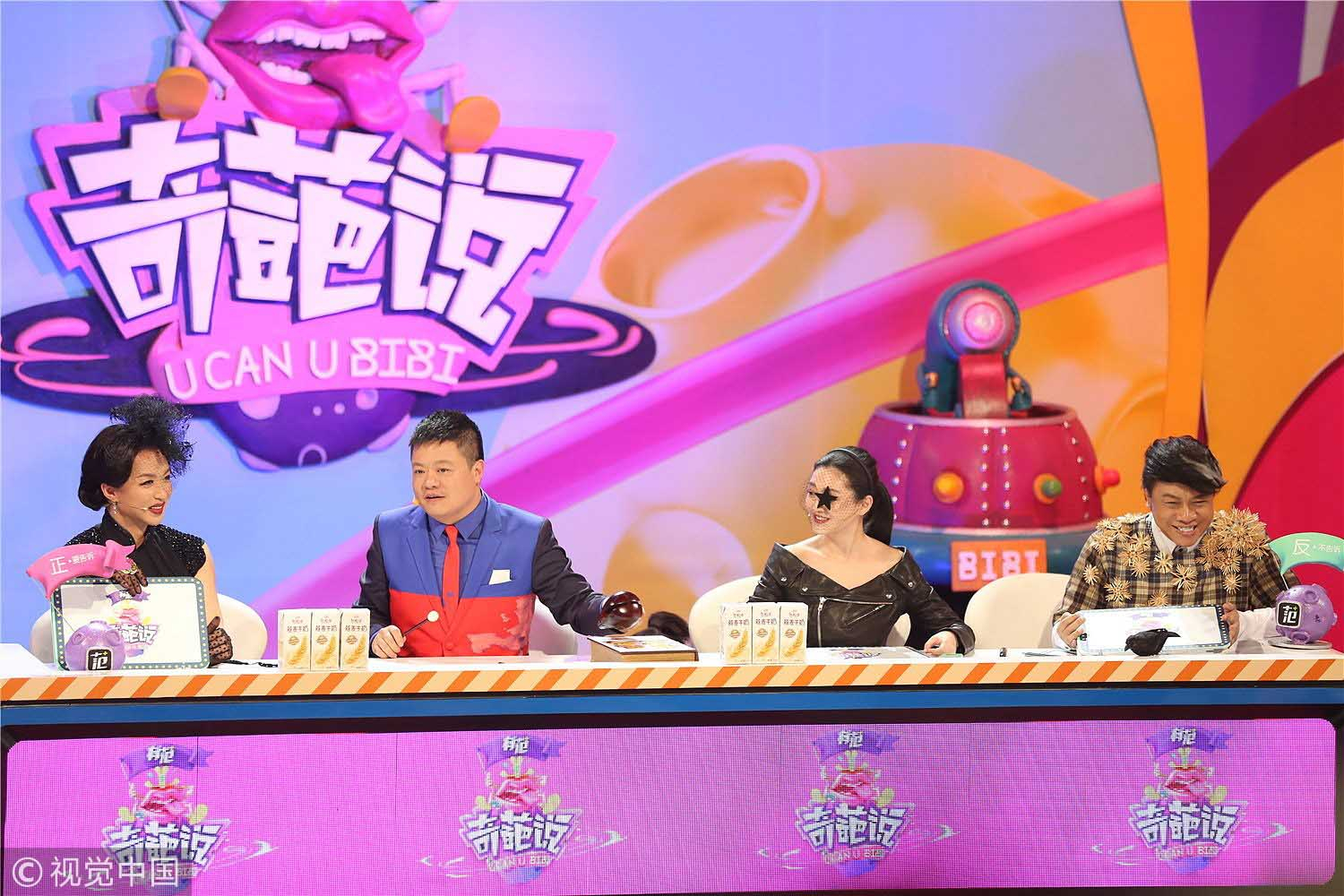 The 31 preferential policies released in February cover the fields of legal rights, education, culture and tourism, and are aimed at improving the lives of all Taiwan compatriots.
Some scholars pointed out that if such a comprehensive policy can be fully implemented, it will help consolidate the peaceful development of cross-Straits relations.
At the regular press conference held by the Taiwan Affairs Office of the State Council on December 26, a reporter asked what has been achieved since the promulgation and implementation of the "31 preferential policies benefiting Taiwan compatriots" nearly a year ago.
Ma Xiaoguang, a spokesperson for the Taiwan Affairs Office of the State Council, said that 60 local governments in 22 provincial-level regions on the Chinese mainland had taken tailored measures to implement preferential policies for Taiwan compatriots so far.
Also, these measures have yielded positive outcomes in expanding cross-Strait economic and cultural exchanges and cooperation, delivering tangible benefits to Taiwan compatriots who develop careers on the mainland, said Ma at a press conference.
A growing number of young people from Taiwan pursued studies, internships, and jobs on the Chinese mainland in 2018. In addition, five new cross-Strait exchange bases were approved to increase communication between people on both sides of the Taiwan Strait, including the Beijing-based Museum of the War of Chinese People's Resistance Against Japanese Aggression, Ma added.
Ma indicated that in the future, the mainland would continue to address issues of common concern to Taiwan compatriots and enterprises, introduce new measures in a timely manner to provide greater convenience and create better conditions for the development of Taiwan compatriots and enterprises on the Chinese mainland.
(Cover photo: Head image from Gao Hongmei)