The State of the Union could have been stronger
Jia Wenshan 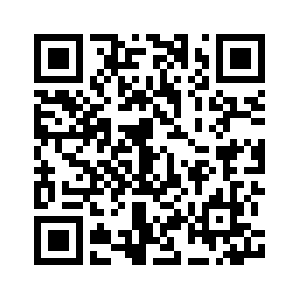 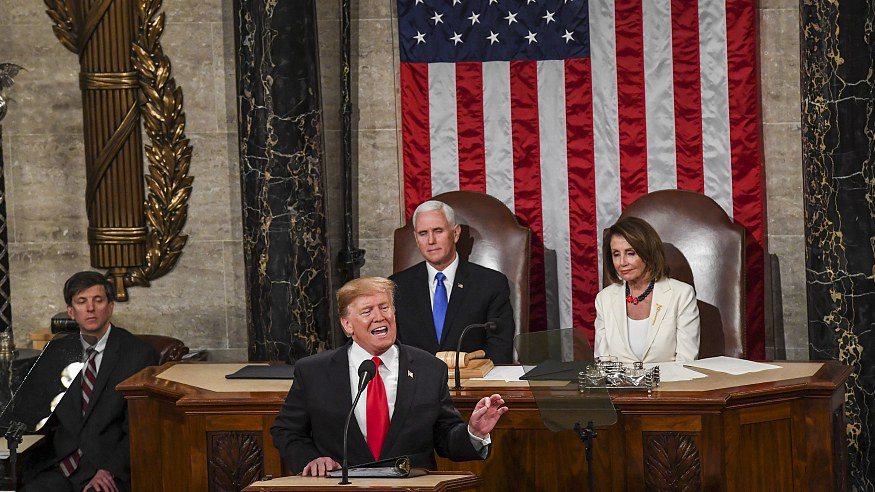 Editor's note: Wenshan Jia is a professor at the School of Communication, Chapman University and a research fellow at the National Academy for Development & Strategy, Renmin University of China. The article reflects the author's opinions, and not necessarily the views of CGTN.

'The State of the Union is strong' statement is refutable

Like all other presidents of the U.S. during the past 44 years, except President Gerald Ford in 1975, President Donald Trump declared in his second State of the Union address on February 5: "The State of the Union is strong."
As early as January 18, however, Susan B. Glasser, an editor of the New Yorker and former editor-in-chief of Foreign Policy magazine argued in her open letter column "Trump's Washington" in the New Yorker: "Regardless of whether Trump ends up making a speech on the Capitol Hill on January 29, the State of the Union is not strong, and everyone knows it." 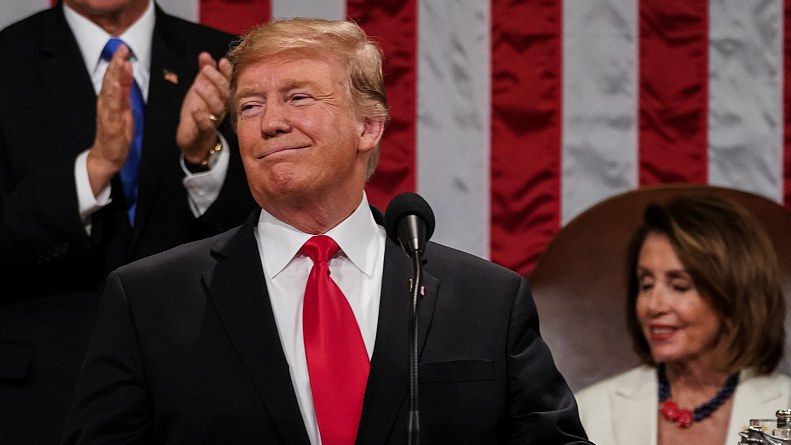 U.S. President Donald Trump delivers his State of the Union address at a joint session of the Congress in the U.S. Capitol, Washington, February 5, 2019. /VCG Photo

U.S. President Donald Trump delivers his State of the Union address at a joint session of the Congress in the U.S. Capitol, Washington, February 5, 2019. /VCG Photo

As reported by CNN, when Trump stated that "the State of the Union is strong," House Speaker Nancy Pelosi did not clap.
Washington Examiner also reported that Pelosi shook her head and not a single Democrat participated in the standing ovation staged by the Republicans when Trump made that statement.
However, regardless of the conditions in the country, the State of the Union is declared as "strong" by the sitting president, according to a study by Lisa Desjardins as reported by PBS News Hour.

The State of the Union is not strong

The State of the Union is not strong, grudgingly strong, or partially strong for the following reasons:
The U.S. economy is not as strong as Trump declared in his speech and it is not growing almost twice as fast today as when Trump took office.
Both the New York Times and CNN reported that economic growth rate during the past two years has been merely between 3.5 and four percent, similar to that in the Obama administration.
In fact, its growth slowed in the fourth quarter of 2018 and "slowed even further in the first month of 2019," according to the New York Times.
The job creation pace, again according to the New York Times, is comparable during some two-year periods in the Obama administration.
This is illustrated by the state of the economy of Orange County (OC), one of the richest counties in California and the United States.
According to a most recent report of Orange County Register, job positions with a six-figure annual income in OC have fallen from 55 to 44 percent.
The current high-income job creation rate is "miserable," said a Chapman University economist Raymond Sfeir.
As a result, sales of high-end homes have dropped 26 percent this year compared with last year in OC.
Trump's promise to invest 1.5 trillion dollars in infrastructure renewal when he took office still remains elusive today and he did not specify how the project would be executed in his speech.
Dow has been on a roller coaster ride since he took office and saw most of its early gains wiped out.
Politically, the State of the Union is volatile and unpredictable. 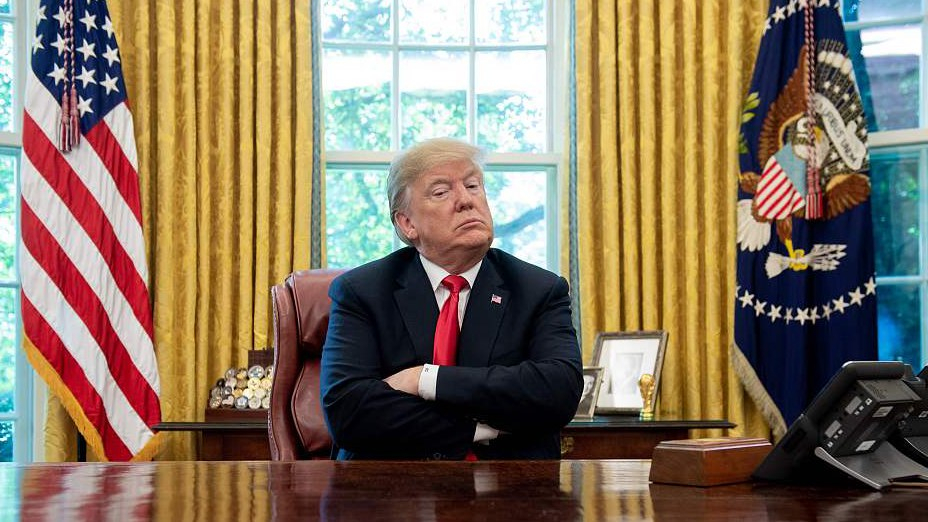 The ongoing federal investigation into alleged collusion with Russia for his presidential election, unusual and frequent change in his cabinet, White nationalist policy, polarized and radical anti-immigration policy, and national security policy have all contributed in the creation of a deep political divide which is shaking the political foundation of the U.S. and creating ripple effects around the world.
President Trump is to blame not only for galvanizing the American society but also pushing the future of the world into deep unpredictability.
Diplomatically, the U.S. is losing its credibility
The U.S. is viewed much less as "a shining city on the hill" around the world since Trump took office.
Trump's decision of withdrawing from multilateral accords and treaties such as the Paris Climate Agreement, the United Nation Human Rights Council, the United Nations Educational, Scientific and Cultural Organization, and the Intermediate-Range Nuclear Forces Treaty have caused the U.S. to lose its luster around the world.
Particularly, his high-handed and volatile handling of the US-China trade issue not only has been causing both U.S. and China to suffer from economic woes but also dimming the hope of the world community for a better economic future.

The State of the Union can be stronger if the populist, protectionist, unilateral policies are stopped

In his speech, Trump encouraged Americans to "choose greatness."
The State of the Union could have been stronger and his America First motto could have been better served if Trump stopped his populist, protectionist and unilateral policies.
To choose greatness, he is strongly advised not to make America First by pushing down the rise of emerging powers such as China, because a rising China is ultimately beneficial to the United States.
Instead, he is strongly advised to seek and establish cooperative relations or "cooperative competition" with emerging powers such as China and Russia.
Starting a new Cold War around the world, which he seems to have been doing, is not choosing greatness. 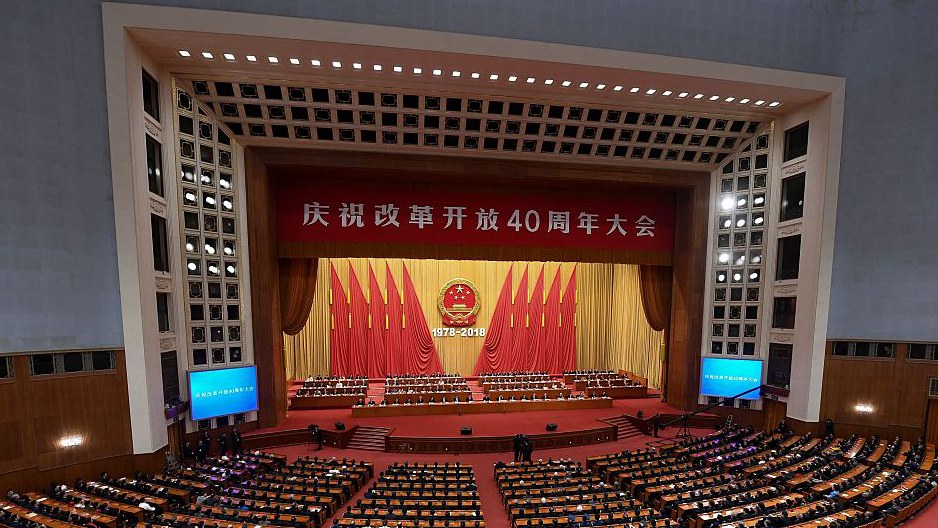 "China can't develop in isolation of the world, neither can the world prosper in the absence of China," said President Xi Jinping at the meeting marking the 40th anniversary of China's reform and opening- up policy at the Great Hall of the People, Beijing, December 18, 2018. /VCG Photo

"China can't develop in isolation of the world, neither can the world prosper in the absence of China," said President Xi Jinping at the meeting marking the 40th anniversary of China's reform and opening- up policy at the Great Hall of the People, Beijing, December 18, 2018. /VCG Photo

To choose greatness, Trump is advised to borrow the wisdom of his good friend Chinese President Xi Jinping who once said: "China will be in good condition only when the world is in good condition."
The same can be said about the United States. The U.S. will become better when the world becomes better.
For my second hometown, Orange County, to have more high-income jobs, Trump needs to embrace pro-globalization policies and win-win strategies.
(If you want to contribute and have specific expertise, please contact us at opinions@cgtn.com)