How low could the Turkish lira go?
Louise Greenwood 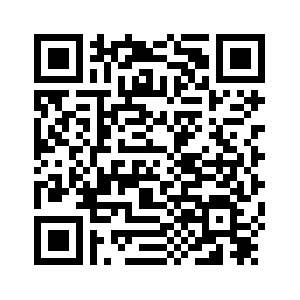 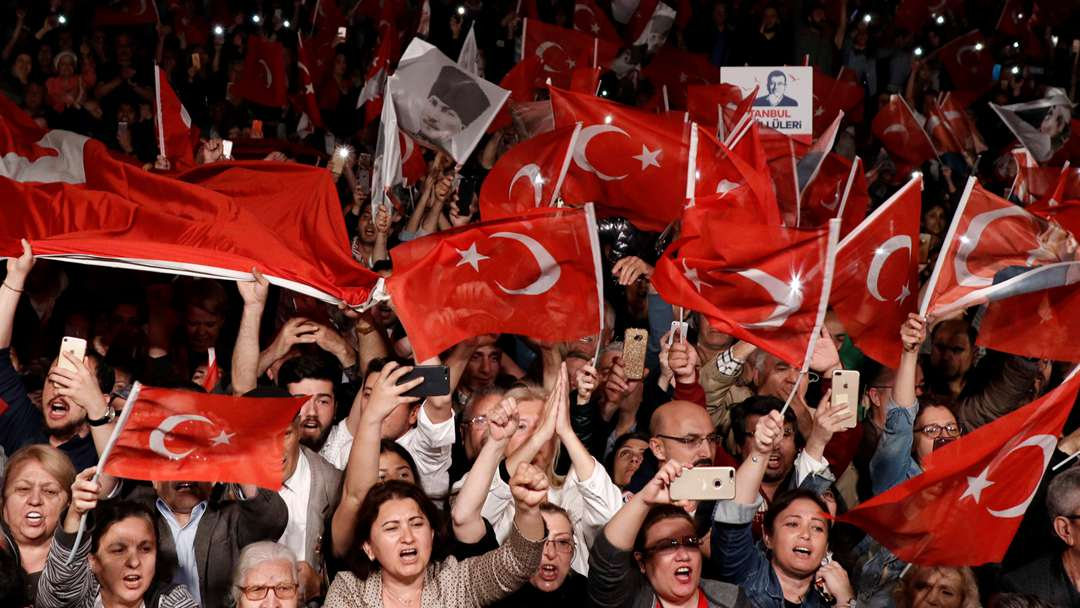 The value of the lira is set to plummet further after the announcement of a new mayoral election in Istanbul, currency experts are warning.

The lira slipped to a seven-month low of more than six to the dollar after Turkey's Supreme Electoral Council said it was upholding the bid by the ruling Adalet ve Kalkınma (AKP) party for a re-run of the vote in Istanbul, after losing control of the city to the opposition Republican People's Party (CHP).

With the threat of fresh U.S. sanctions if Turkey defies NATO and proceeds with plans to buy the new Russian S-400 anti-aircraft missile system, along with confusing policy signals from the country's central bank, experts are speculating the lira may fall to almost nine to the dollar as trading conditions become “dysfunctional.”

This could mean continued negative growth for the Turkish economy, which slipped into recession in the final quarter of 2018. 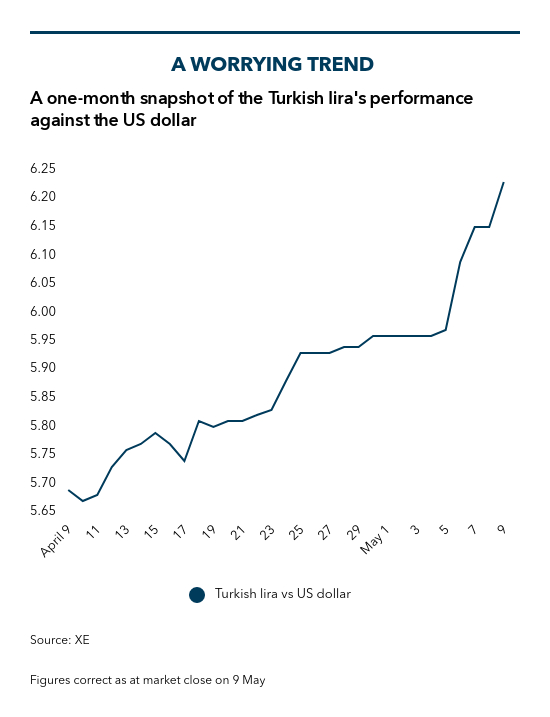 President Recep Tayyip Erdoğan claimed “organized crime” was involved in the Istanbul mayoral election on 31 March, in which former prime minister Binalı Yildirim, the AKP's candidate, lost to Ekrem İmamoğlu, standing for the CHP, on a margin of just 14,000 votes. 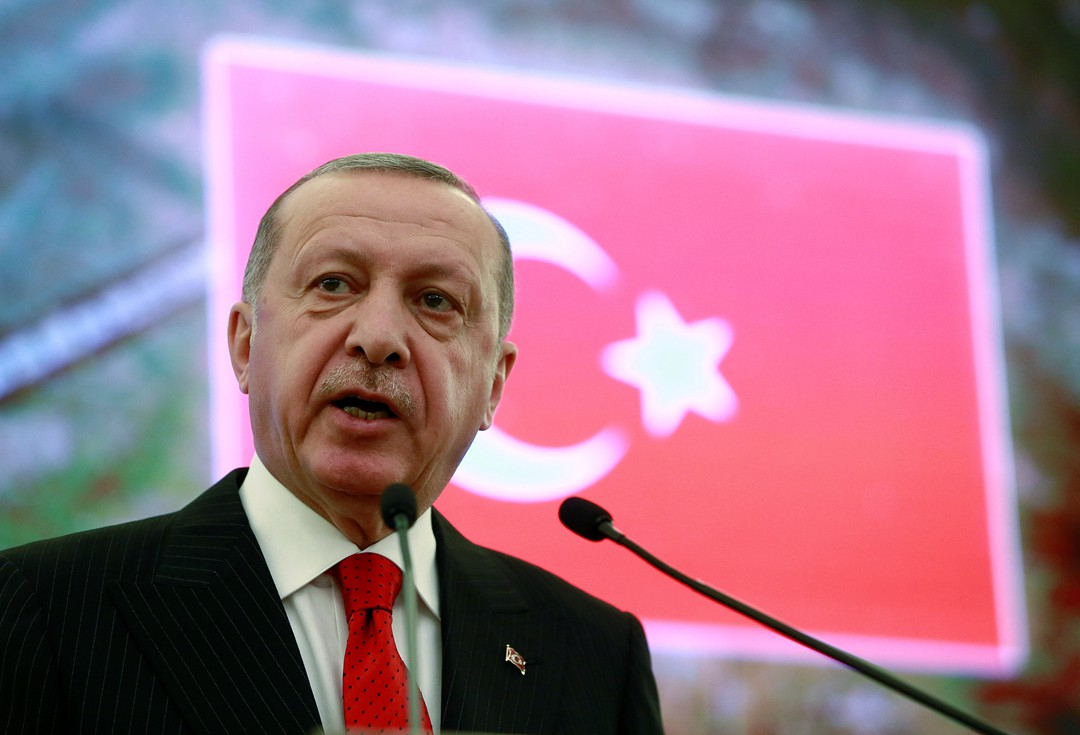 İmamoğlu, who ran on a center-ground ticket – attracting the support of right-wing conservatives along with Kurds and Left-wingers voting tactically – has been stripped of his new post and will be replaced with an interim candidate ahead of the new poll to be held on June 23. 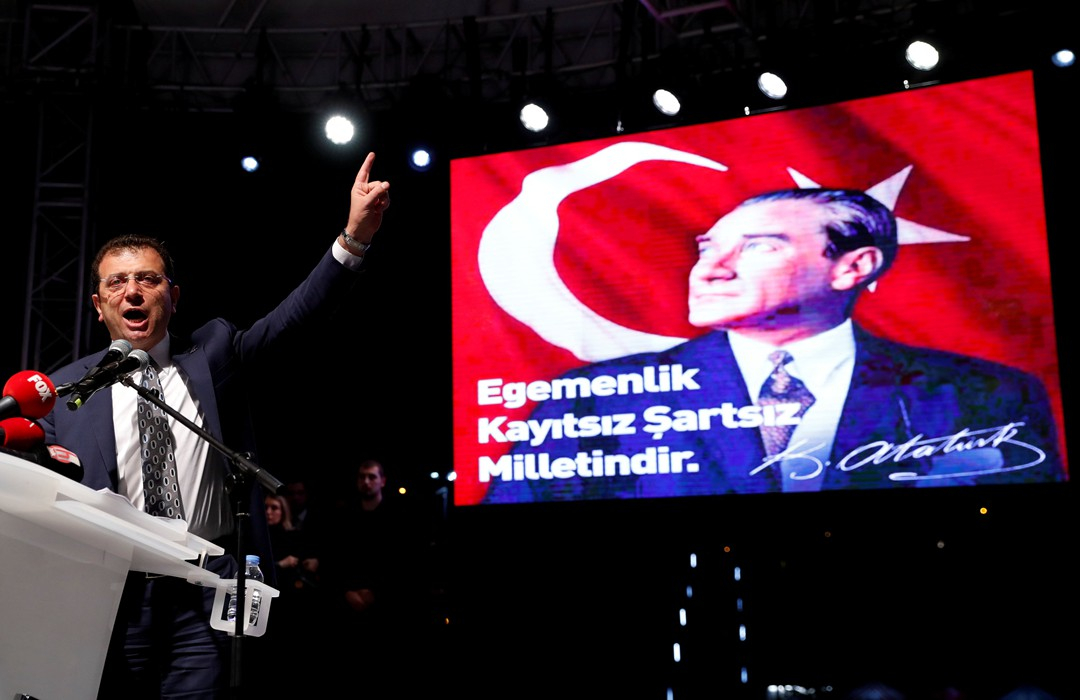 Polling power: Ekrem İmamoğlu was elected mayor of Istanbul but has since been stripped of the title. /Reuters Photo

Polling power: Ekrem İmamoğlu was elected mayor of Istanbul but has since been stripped of the title. /Reuters Photo

Istanbul, Turkey's business and economic hub, accounts for close to a third of the country's total GDP and had been under AKP control for a quarter of a century. Its loss in the March municipal election represented a major blow for the party.

Cristian Maggio, head of emerging market strategy at global financial services company TD Securities, believes the lira will fall another 30 percent by the end of the third quarter in the ongoing political unrest.

“Markets have reacted badly to the annulment of the Istanbul election,” he said. “This means weaker rule of law and democratic standards. I would say the market is still not entirely priced for the long-term consequences of this event. Most investors I talk to have either zeroed their [lira] exposure or moved it to underweight ... interest for being long is very low.”

Maggio expects the medium-term economic outlook to remain recessionary, with the current account deficit increasing further as the currency weakens.

Inan Demir, a Turkey specialist at global financial services group Nomura, also said a new election would prove problematic – adding that pressure on the lira is now largely coming from Turkish savers flocking to the perceived safe haven of foreign currencies. “Any populist measures ahead of the re-run could intensify concerns… this will increase dollarization pressures in the domestic market and weaken the lira further,” he noted.

These measures may include further manipulation of fiscal policy. Turkey's central bank recently confirmed it has been using short-term borrowing to prop up the ailing currency, which has halved in value over the past five years.

Responding to press reports, the bank has admitted it borrowed almost 9.6 billion U.S. dollars by the end of March, mostly through one-month hard-currency swaps with domestic lenders. While these costly deals have the effect of bolstering assets, the corresponding debt is kept off balance sheet, therefore failing to reflect the overall liquidity position. This has raised suspicions that bank officials were put under political pressure to maintain a cheap money supply and boost official figures on public finances in the run-up to voting.

This lack of transparency has rattled portfolio managers who had been cautiously returning to Turkish stocks following a separate sanctions debacle with the U.S. last summer, when the currency fell to around seven lira to the dollar.

Timothy Ash, an emerging markets strategist at global investment group BlueBay Asset Management, sees a credibility issue for the central bank. “Essentially there is no trust in macro policy management – 2018 was a disaster for Turkey given the meltdown in the lira … They were warned the economy was overheating, as reflected in large and widening current account deficits, but reacted too late,” he said.

The concern now is that, with reserves running low and the omission in a recent guidance note of the bank's previous commitment to raise the cost of borrowing if required, the economy may be ill-placed to defend itself in the event of a fresh currency crisis.

One emerging market currency expert, speaking to CGTN on the condition of anonymity, warned that Turkey remains vulnerable to external shocks beyond its control. “In the last three years, the oil price has pretty much halved from 2016 levels and Turkey's energy bill is about seven-eighths of its current account deficit. ... Oil could easily go back up to 100 dollars [per barrel], so we have a dual threat of a weakening currency and a stronger oil price – then Turkey could be in dire straits,” he said.

Political pressure is also growing over Turkey's relationship with Russia, as Demir explained. “Internationally if the S-400 missile purchase goes ahead … it's not clear how strong sanctions will be, but the experience from last year was unpleasant for the markets and any new sanctions could lead to a sell-off,” he said.

The AKP, which has been in power since 2002, has presided over an era of low-interest rates in Turkey, along with record inflows of cash from international investors. The result has been a ballooning in both business and household borrowing as policymakers have pursued a strategy of credit-fueled growth, with an emphasis on large, infrastructure-based developments – typified by the new 11-billion-dollar Istanbul Airport.

Some borrowers are now struggling under the burden of their dollar-denominated obligations. An estimated 177 billion dollars' worth of corporate debt is due for refinancing within the next 12-month window.

Although it has declined to comment publicly, Goldman Sachs is reported to be in negotiations to buy up to 6 billion dollars of distressed loans from Turkish banks and corporate entities seeking to secure their positions ahead of a possible rush of defaults and bankruptcies.

Last summer's lira crisis prompted the country's central bank to raise lending costs, offering some temporary relief to an economy in which inflation is running at 20 percent, four times the bank target.

However, President Erdogan remains ideologically opposed to higher rates, describing interest as “the mother of all evils,” arguing instead for fiscal loosening to promote a growth-based recovery.

The AKP has consistently opposed the option of an application to the International Monetary Fund, instead of promoting domestic reform to prevent any further economic deterioration.

Berat Albayrak, Turkey's finance minister, who is President Erdogan's son-in-law, met officials ahead of the IMF spring meeting in Washington, DC, in early April, and unveiled a package aimed at recapitalizing Turkey's banks along with new measures to lower corporate tax and combat Turkey's black economy.

However, currency experts noted that, unlike previous recessions, the sheer volume of bank debt means Turkey will not be able to lend its way out of the current slump and back into recovery this time around, and new options such as a “bad bank” to isolate toxic loans should now be considered.

But BlueBay Asset's Ash cautioned that “the market wants a more realistic approach to accepting the problem of non-performing loans ... and something more rigorous to resolve it. So far they [policymakers] are in denial mode.”

Bahadır Kaleağası, the chairman of TUSIAD, Turkey's biggest employers group, told Bloomberg: “We are losing time. We should focus on the reform agenda that Turkey desperately needs to implement as soon as possible… tight monetary policies, tight fiscal policies, they all go together.”

But TD Securities'  Maggio claims the options for recovery appear limited. “Turkey needs to go through a full macro rebalancing … this is not happening,” he said. “The lira has no other trajectory but to fall further from here with little chance of a sustained recovery. The allure of Turkish assets has completely evaporated … even locals have little trust in their own economy as they continue to convert to hard currencies. The ratio of foreign exchange deposits to lira is over 50 percent which means the economy is [effectively] dollarized.”

(Infographics made by Patrick O'Donnell)