Editor's note: Victor Gao is the former interpreter for Deng Xiaoping and Chairman of China Energy Security Institute. The article reflects the author's opinion, and not necessarily the views of CGTN.
When we mark the 40th anniversary of China's reform and opening-up to the outside world, the statistical data underpinning the profound transformation of all aspects of China can be overwhelming.
China today is the second largest economy in the world, the largest trading nation, the largest manufacturing nation, and the largest consumer market in the world. It is completely different from China 40 years ago, which was plagued with backwardness, poverty and lack of almost everything.
The "Big Bang" happened 40 years ago with the Third Plenary Session of the 11th Central Committee of the Communist Party of China, when Deng Xiaoping reoriented China from class struggle to the path of reform and opening to the outside world. I have called the China after the Big Bang “the New New China.” 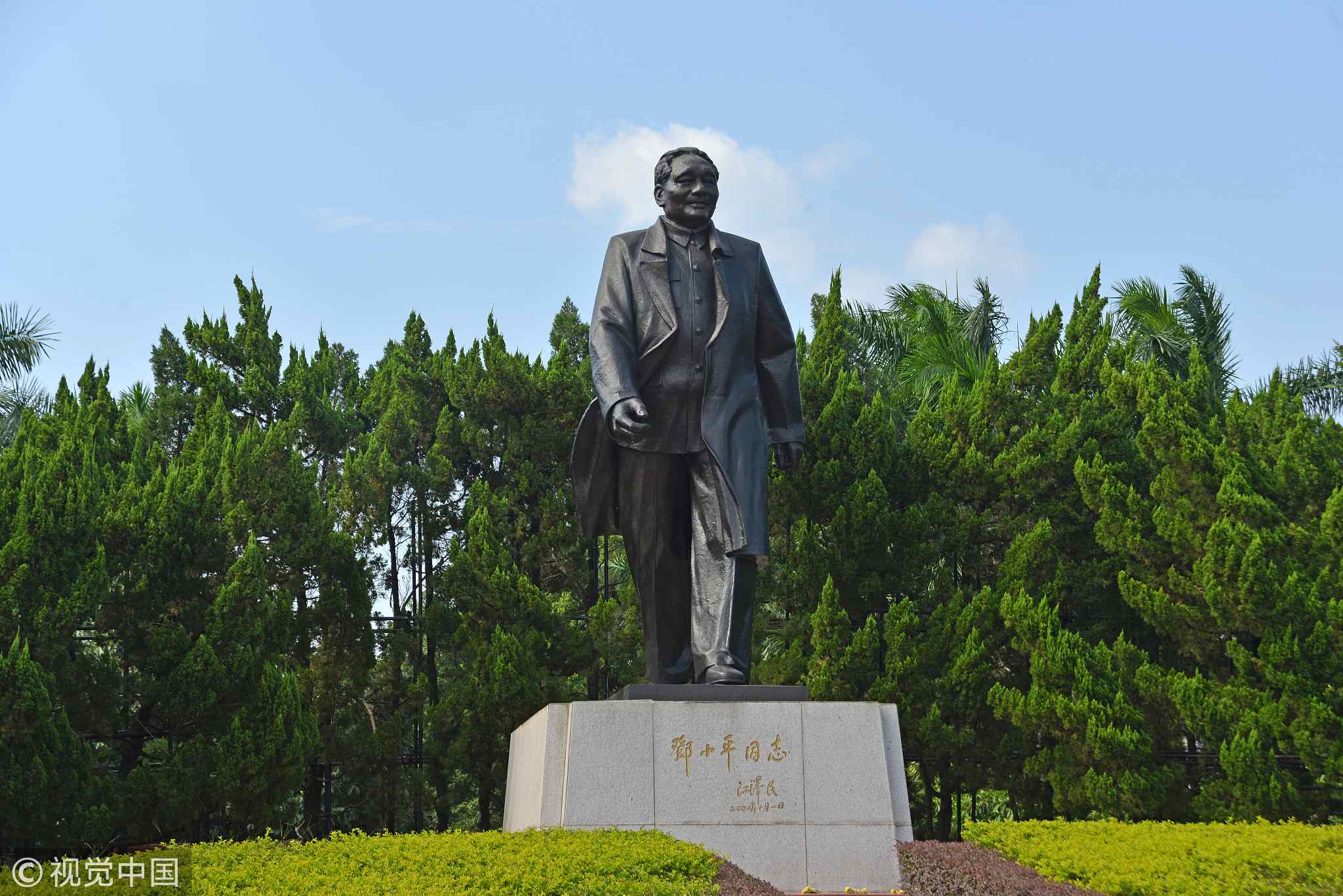 Many people are curious about how China has done it.  How has China pulled off what many other countries have failed? What are the reasons for China's complete transformation? Who has changed China for the better in such a profound way? There are even some people who claim that they "rebuilt" China and threaten that they can deprive the country of continued development if they choose to do so.
The truth is that 40 years ago, China was locked up in a huge ideological box and the Chinese nation was splitting the ideological hair into socialism vs. capitalism, condemning whatever they considered capitalist and committing total faith in whatever they considered socialist, treating socialism and capitalism as exclusively opposed to each other. Forty years ago, China managed to achieve probably the highest form of egalitarianism in human history, but it was an egalitarianism of poverty.
Deng Xiaoping brought China and the Chinese people back to the real world. Deng emphasized that socialism would not be the right political system if it could only generate poverty. However, refusing to accept that socialism equaled poverty, Deng emphasized that practice is the real test of the truth and what mattered for China was whether you can improve the living standards of the people by improving efficiency and productivity. 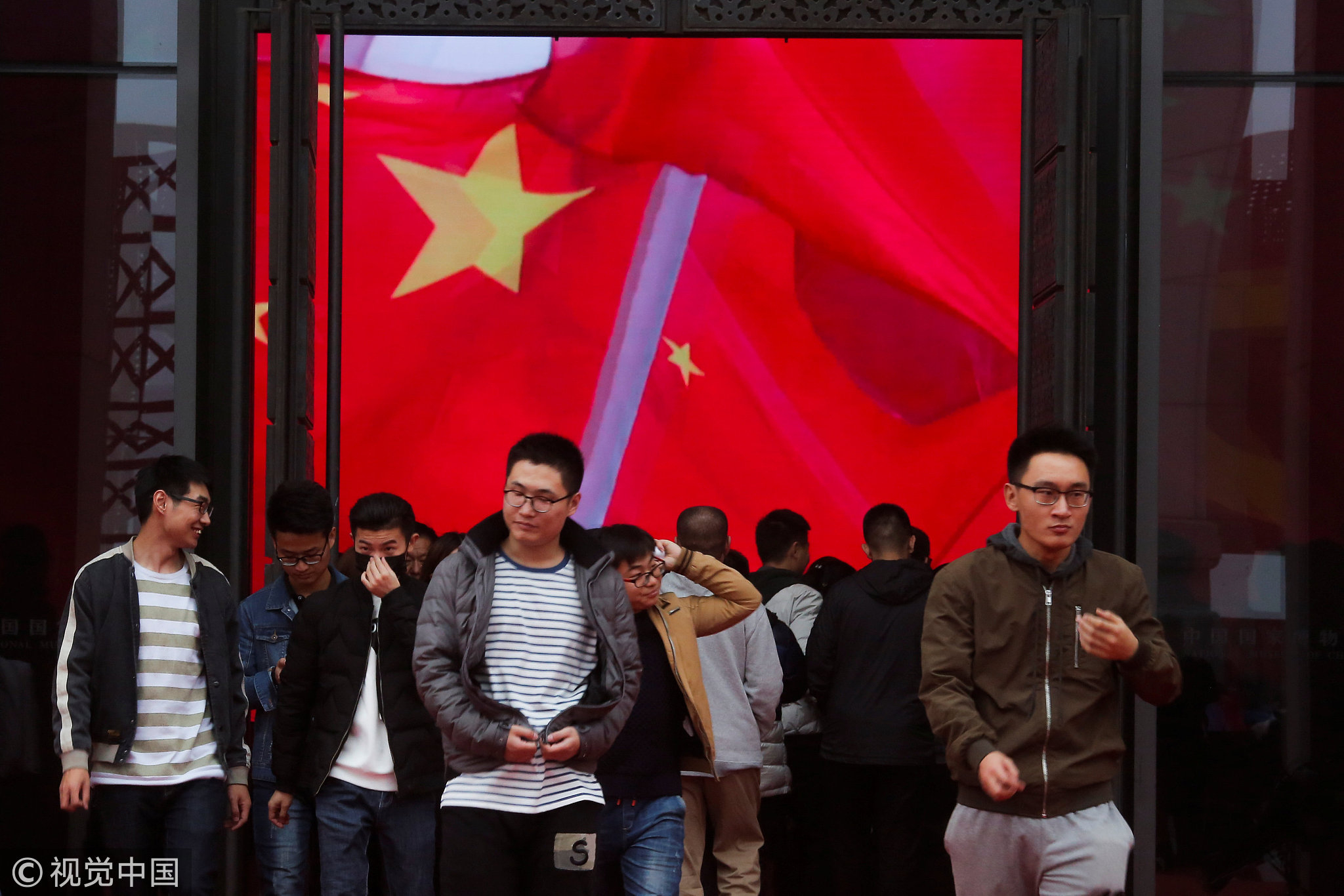 Visitors walk in front of a screen showing the Chinese national flag at an exhibition marking the 40th anniversary of China's reform and opening-up at the National Museum of China in Beijing, China, November 14, 2018. /VCG Photo

Visitors walk in front of a screen showing the Chinese national flag at an exhibition marking the 40th anniversary of China's reform and opening-up at the National Museum of China in Beijing, China, November 14, 2018. /VCG Photo

Calling the new system socialism with Chinese characteristics, Deng emphasized that China can adopt and absorb whatever helps improve the living standards of the Chinese people. Deng urged the Chinese nation to emancipate their minds and to liberate their world views, to seek truth from facts, and to refuse to be bogged down by ideological ossification and dogmatism.
Deng emphasized that development was the hard truth. He urged the Chinese nation to no longer waste time but to reform and open itself to the world. The total transformation of China over the past 40 years is both physical and spiritual.
Everyone with decency of mind and conscience can see the physical transformation of China. The spiritual transformation of China, however, is more difficult to see and understand. From the Chinese perspective, pragmatism, realism, constant reform and innovation, no complacency, no self-indulgence, a sense of urgency and a sense of crisis, perseverance and never giving-up -- all these are important qualities driving the Chinese nation forward over the past 40 years.
Today, when we celebrate the 40th anniversary of China's reform and opening-up to the outside world, the country is at a new and important crossroad. China faces new opportunities and challenges both at home and abroad. How can we continue to maintain stability at home and keep peace abroad? How can we continue to develop at a brisk pace while effectively dealing with climate change and environmental challenges? How can we continue to promote free trade and globalization while effectively mitigating and resolving some major trade disputes and conflicts with a certain large country in the world? How can we continue to improve the living standards of the Chinese people while also contributing to promoting the shared future of mankind? How can we work hard to make sure that the future of the world will be the future of peace and development, rather than war and destruction?
We have no time to lose. Our celebrations are intertwined with deliberations of these major strategic challenges.
(If you want to contribute and have specfic expertise, please contact us at opinions@cgtn.com)