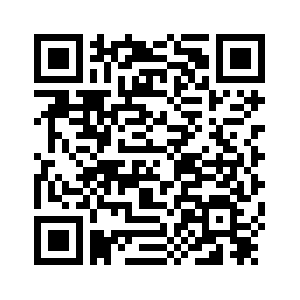 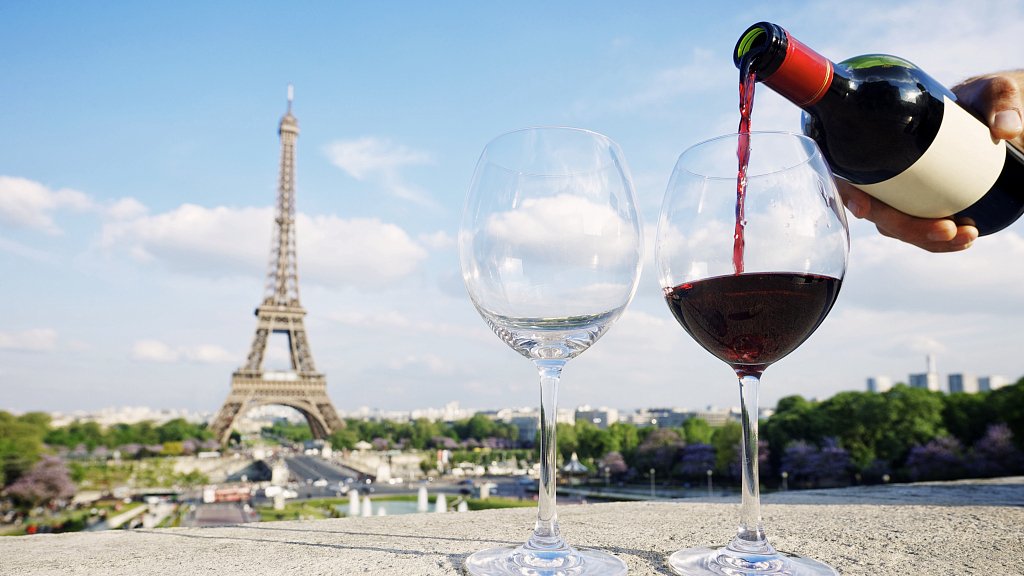 There are many reasons to visit France – people come for the French cuisine, fashion design or simply for a walk on the romantic Champs Elysees in Paris. Wine is also a definite reason attracting people to France as the range of wine regions, types and flavors there is as wide as the sky.
Having explored four major wine producing regions in France, CGTN is ready to take you on a wine tasting "Tour de France."

The Bordeaux wine region has its cultural center in Bordeaux, on the Garonne River in Southwest France. Bordeaux boasts the largest wine growing area in France with all vineyards combined adding up to over 120,000 hectares.

The Bordeaux region is naturally divided by the Gironde estuary into the Left Bank (southwest of Gironde River) including the Medoc and Graves regions and the Right Bank (northeast of Gironde River) including the Libournais, Bourg and Blaye regions.
The vast majority of wine produced in Bordeaux is red wine, but the region also makes sweet white wines, dry whites, rosé and sparkling wines. Average vintages produce over 700 million bottles of Bordeaux. 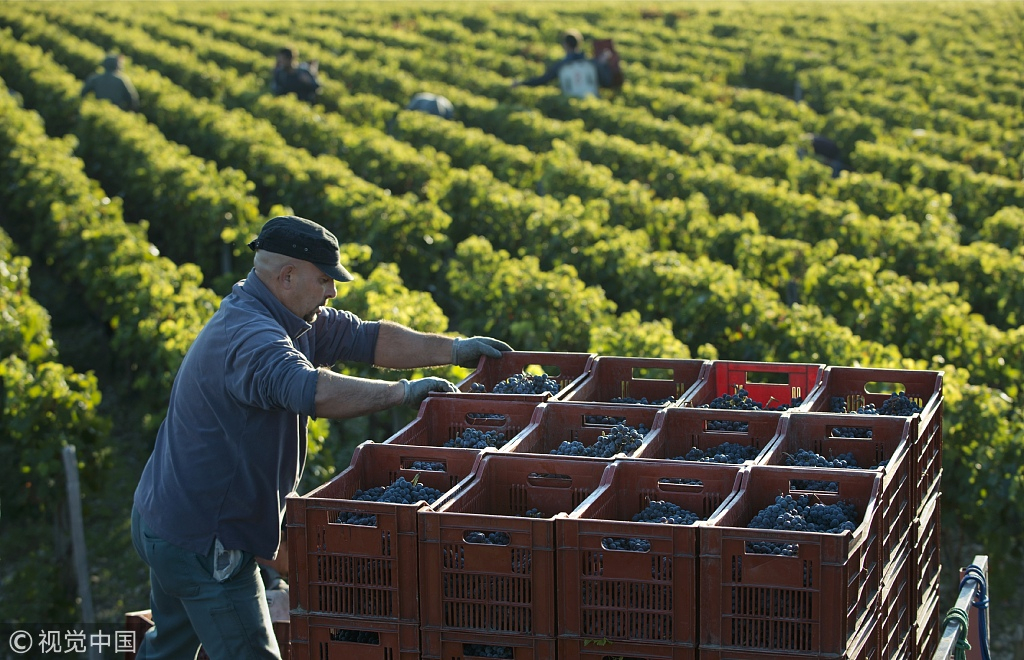 Tourists and wine lovers can either tour around Gironde Province, the most popular wine tourism destination in France, or they can choose to visit La Cité du Vin, an exhibition center of wine in Bordeaux that takes you on a journey through all the vineyards in the world.

The Alsace region locates in the Northeast of France with the Vosges Mountains in the west and the Rhine River in the east. The vineyards are allocated in a narrow strip running from the north to the south at an altitude of 175 to 420 meters.
Over 90 percent of the wines produced from Alsace are white wines, such as Riesling, Pinot Blanc, Gewurztraminer and the sparkling wine Crémant d'Alsace. Much of the white wines of Alsace are made from an aromatic grape, so most of the Alsace wines are full of aroma, floral and spicy. 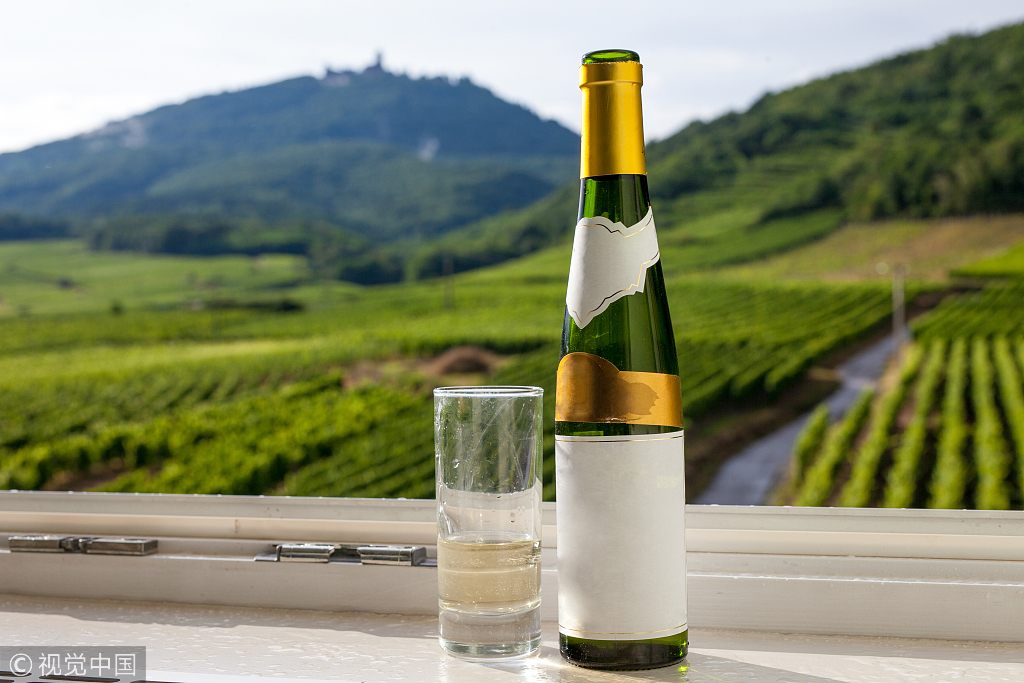 A bottle of white wine produced in the Alsace region, France, /VCG Photo

A bottle of white wine produced in the Alsace region, France, /VCG Photo

The renowned Alsace Wine Route, a 106-mile journey winding through over 100 wine villages, 19 of which host 26 Michelin-starred restaurants, is unmissable for wine lovers.
Every major village along the Alsace Wine Route will hold its own wine festival in late September or early October during the harvest season. Come and see the medieval castles and manor houses, flowering gardens, perfectly preserved streetscapes, and, of course, taste the wine produced by the surrounding vineyards. 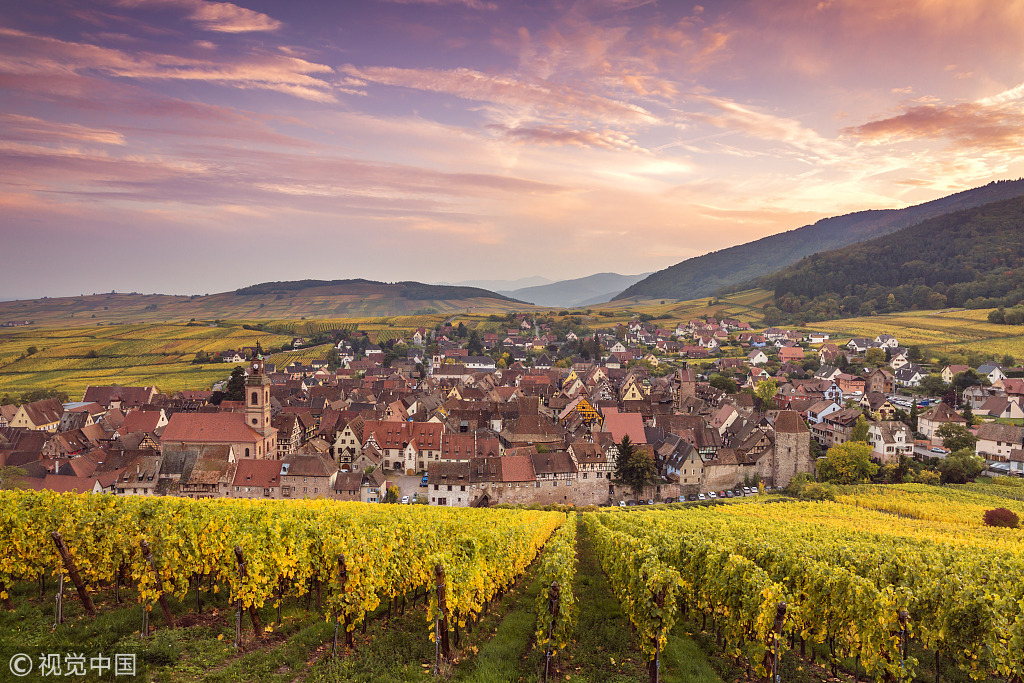 Burgundy is another great French wine region in Eastern France running from Auxerre in the north to Macon in the south. The wine-producing area expands to almost 300 kilometers.
The most famous wines produced there are dry red wines made from Pinot Noir grapes and white wines made from Chardonnay grapes. 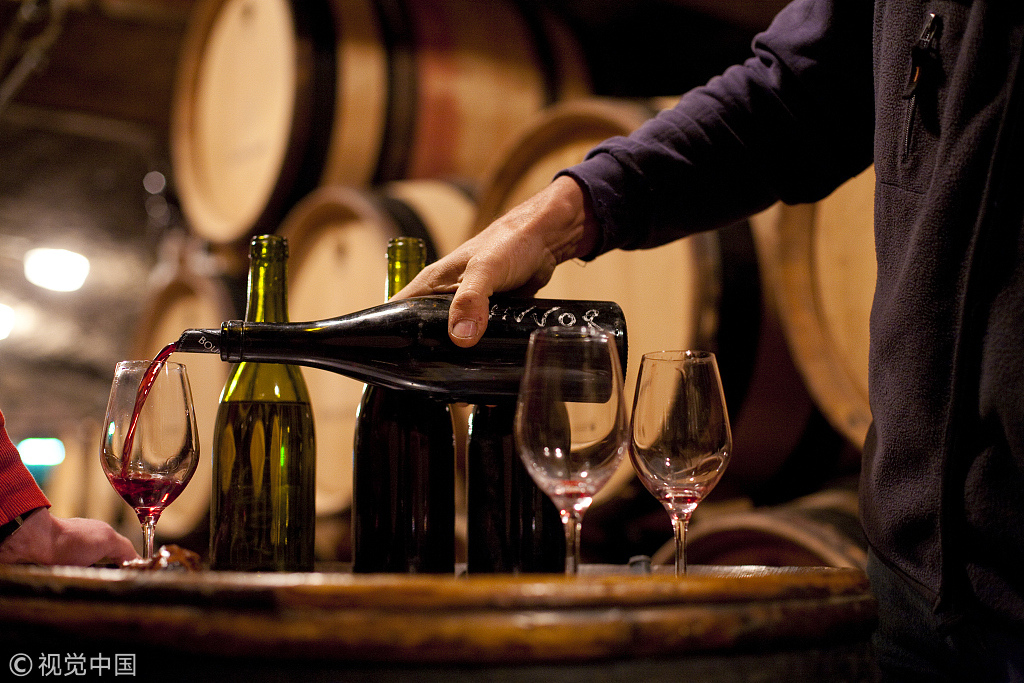 With a history of 1,000 years in wine-making, Burgundy has a higher number of Appellations d'Origine Contrôlée (AOC) than any other wine region, reaching 100.
If you're in Burgundy, do visit Beaune Town which has been at the heart of wine trade for centuries. There are wine cellars for you to explore and wine shops with a good range of Burgundies to try and buy. The Ecole des Vins (School of Wines) offers wine classes and itineraries through the vineyards.

The Champagne wine region is the northernmost wine region and also the coldest in France. The area produces both white and rosé Champagne and is best known for the production of the sparkling white wine that bears the region's name. 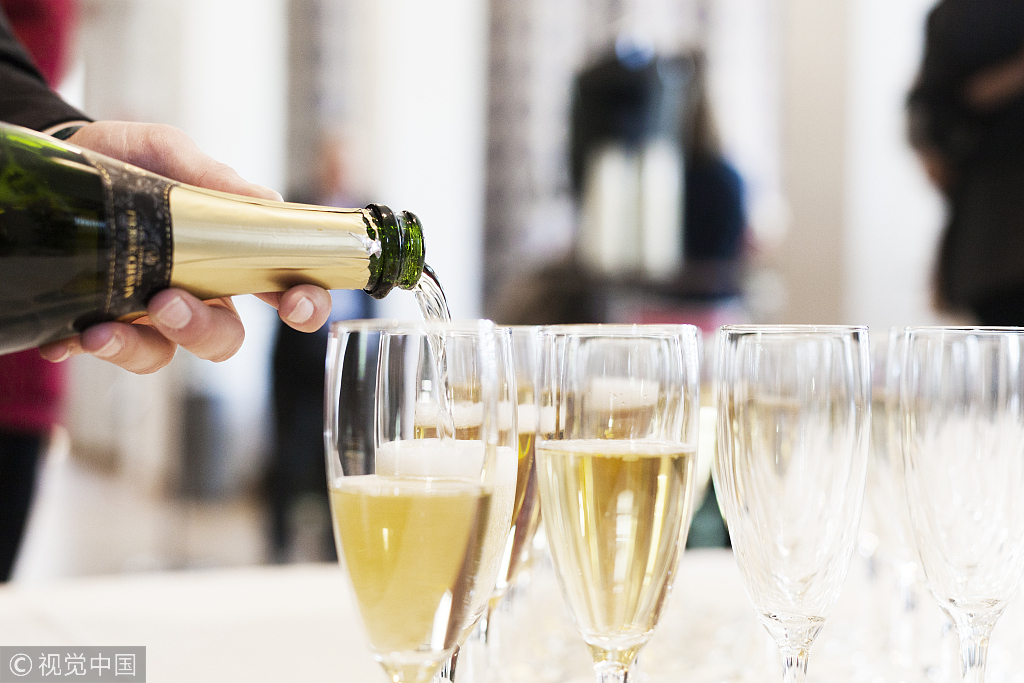 The Champagne region locates at a high altitude with an average temperature of 10 degrees Celsius, which creates a challenging environment for growing grapes. However, due to the protection of the surrounding forests that help stabilize the temperature, the grape acidity is perfect for sparkling wine, especially Champagne.
Reims, a city of the Champagne region, is often chosen as the first stop for a classic Champagne tour. Many of the Champagne houses are headquartered there, offering tastings and cellar tours. The magnificent cathedral of Reims, a UNESCO world heritage site, is the symbol of this city, where French kings once were crowned. 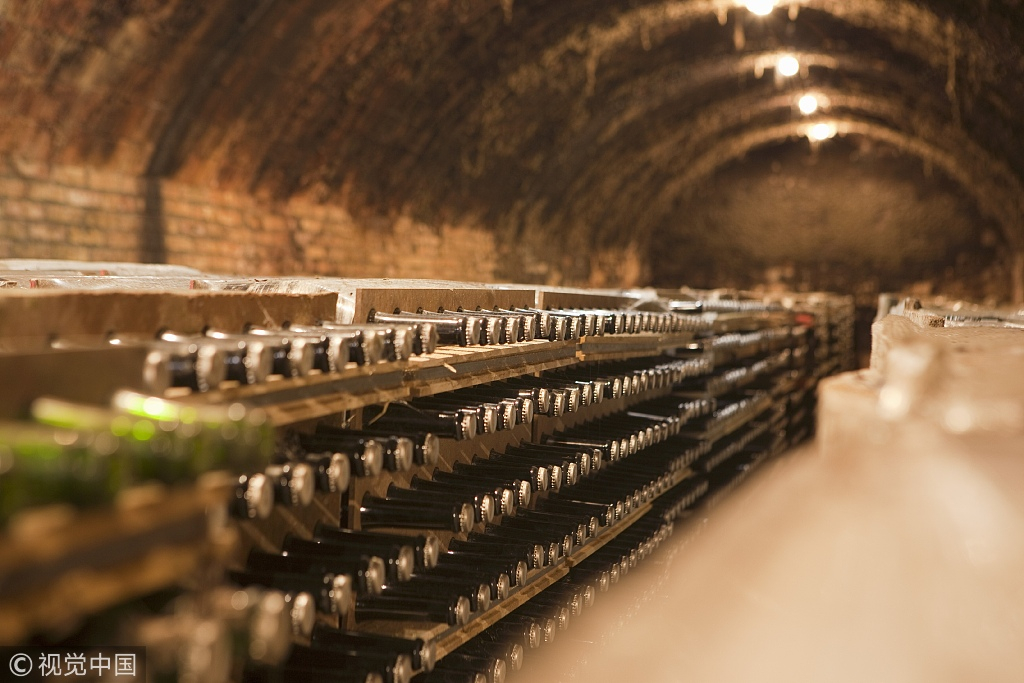 A wine cellar in the Champagne wine producing region in France. /VCG Photo

A wine cellar in the Champagne wine producing region in France. /VCG Photo

(Cover: Red wine poured into a glass at the Eiffel Tower in Paris, France. /VCG Photo)