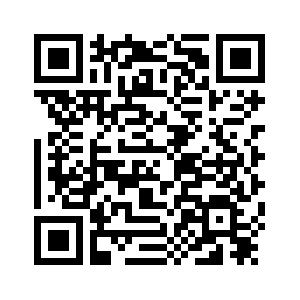 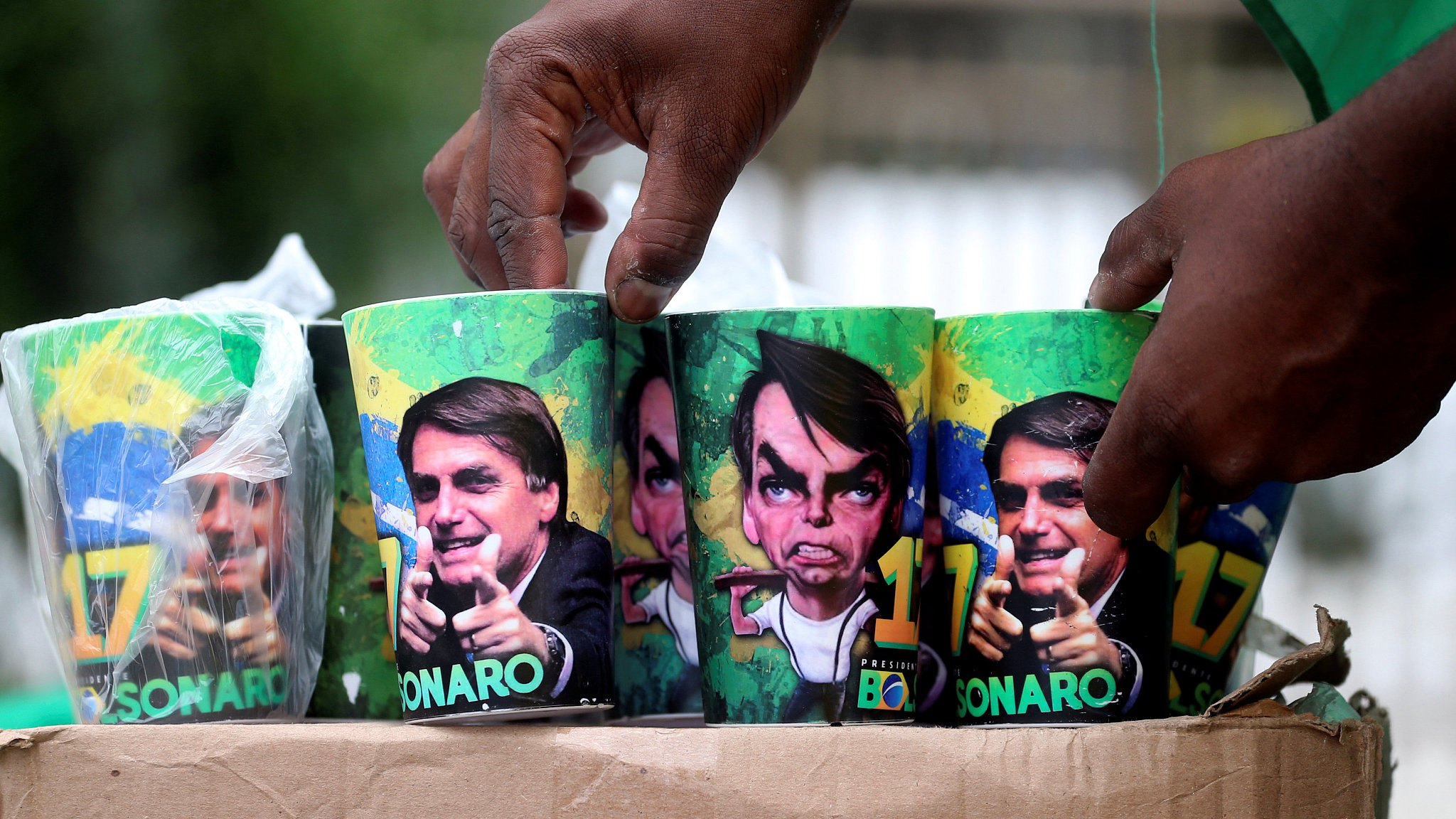 Editor's note: Susana Mangana is a professor at the Catholic University of Uruguay. The article reflects the expert's opinion, and not necessarily the views of CGTN.
While the Northern Hemisphere is suffering from a chilly winter, Brazilians are celebrating the coming New Year on the beach. The first sunshine of 2019 will not only magic 2018 away, but also mark the end of Brazil's 15 years of left-wing governments. Jair Bolsonaro, a right-wing politician bearing a striking resemblance to U.S. President Donald Trump, will takeover as Brazil's new president on January 1.
The new Brazilian government faces huge challenges. Bolsonaro has promised radical changes, starting with economy, which he will turn toward ultra liberalism. This has generated a mixed response among businessmen and investors who fear Bolsonaro's plans to privatize state companies in an effort to reduce deficit and attract foreign investment, may jeopardize national industries. 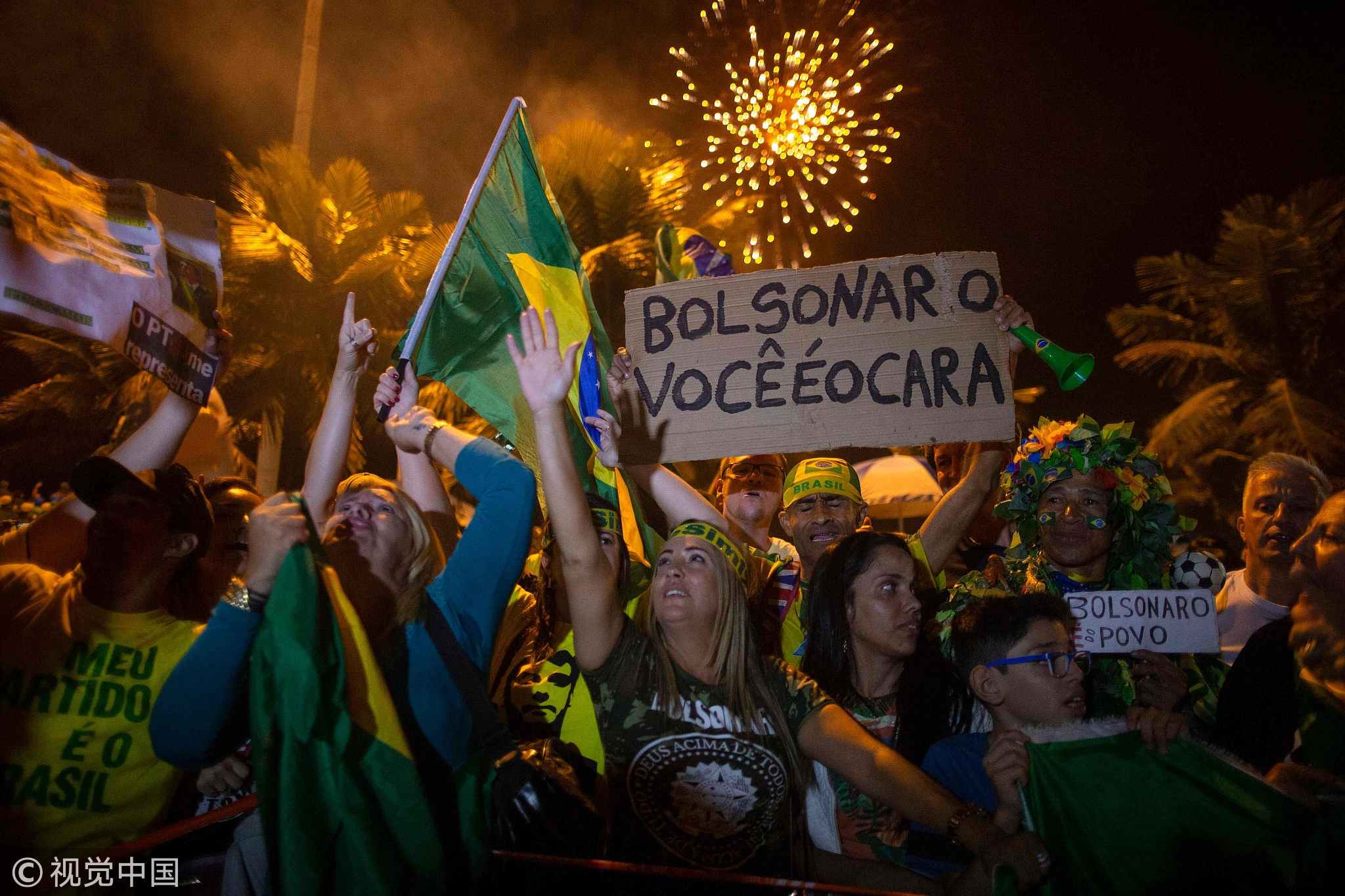 Business and trade interests are at the center of Bolsonaro's economic policies. The proof of the same remains his will to allow mining projects in the Amazonia instead of preserving natural reserves which belong to indigenous communities. The latter are currently scared and fear the worst. They feel Bolsonaro will institutionalize a genocide. This is a radical deviation from the course followed by Brazil for more than a quarter of a century, when the country hosted the pioneer Rio Summit in 1992.
Bolsonaro, who is heavily influenced by President Donald Trump's policies, has decided to withdraw from the Paris Climate Agreement and is ready to extend agricultural borders into the Amazonian tropical forests. Hence, totally disregarding basic environmental protection rules. There are well-based fears of uncontrolled exploitation and deforestation of the Amazon. Environmentalists fear that Bolsonaro's presidency will suppose an open bar in the Amazon for logging and illegal mining and fraudulent ranchers in Brazil, which houses 60 percent of the planet's tropical forest.
Bolsonaro has already shown visible signs of his will to align his government with the U.S. administration. For example, his policies regarding tightening control on migration and the introduction of laws that allow possession of arms. Such announcements raise concerns about the possibility of increasing the toll of violent deaths in a country that registered 63880 homicides in 2017. Half way between Trump and Duterte from the Philippines, Bolsonaro has promised to fight crime and drug trafficking and will allow the police to carry out its duties without much control. Brazil registers one the highest records in the continent of violent deaths at the hands of the police. The toll reached 5,500 last year.
Another controversial issue remains President Bolsonaro's decision to move the Brazilian embassy from Tel Aviv to Jerusalem. The presence of Israel Prime Minister Benjamin Netanyahu in Brasilia for Bolsonaro's presidential ceremony is a clear indicator of the future diplomatic relations that the Latin gigantic will follow. 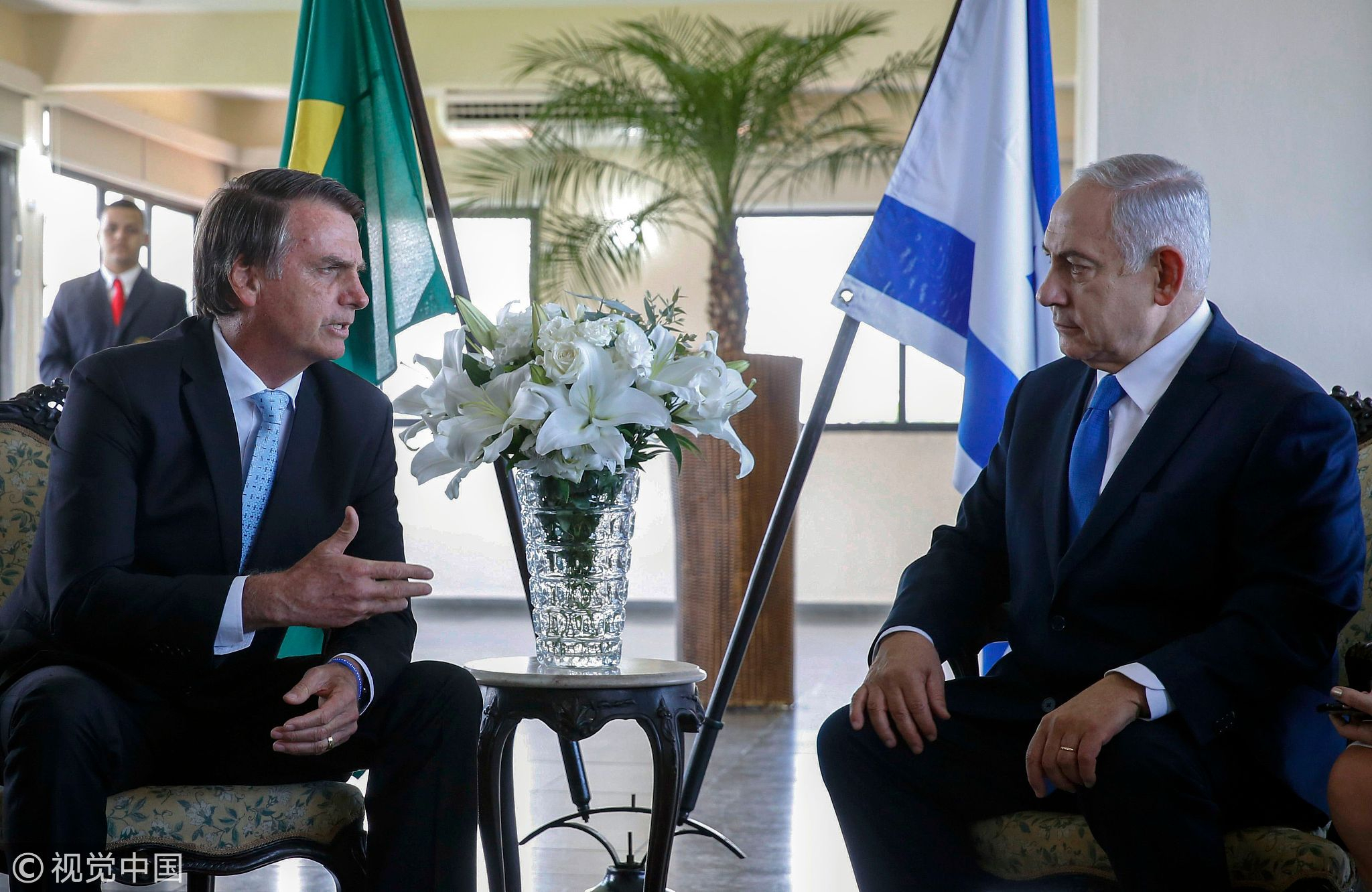 This implies a drastic change from the former position of Brazil as a mediator in the Palestinian-Israeli conflict. It is important to highlight that 44 percent of the Brazilian population is evangelical and applauds Bolsonaro's promises. Christian Zionist movements are on the rise in Latin America, especially in a country such as Brazil which exhibits the highest record of Roman Catholics in the region but also enjoys great religious syncretism.
It is, however, doubtful that President Trump will be impressed by Bolsonaro's infatuation toward him and act as an older brother. The U.S. is Brazil's second-largest trading partner after China, reaching a total of 24,000 U.S. dollars of exports in 2017. Brazil registered an increase in steel exports to the U.S. even after Trump's announcement to raise tariffs. Brazil was exempt from the 25 percent tariff imposed on steel imports this year. Brazil exports mainly agricultural and food products (soy, coffee, sugar, corn, meat), minerals, oil and air vehicles.
However, in his attempt to change the international image of Brazil, Bolsonaro forgot about social policies in his electoral campaign, although he did announce a basic universal rent. Political analysts in Brazil agree that despite his great popularity, Bolsonaro, a former military man, and his ministers are political amateurs and thus, face enormous challenges. Right now, the word that best describes the new Brazilian government is "uncertainty."
(If you want to contribute and have specific expertise, please contact us at opinions@cgtn.com.)