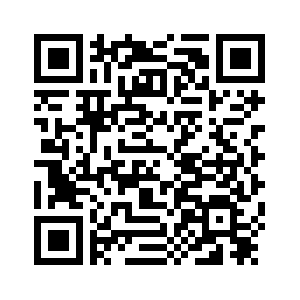 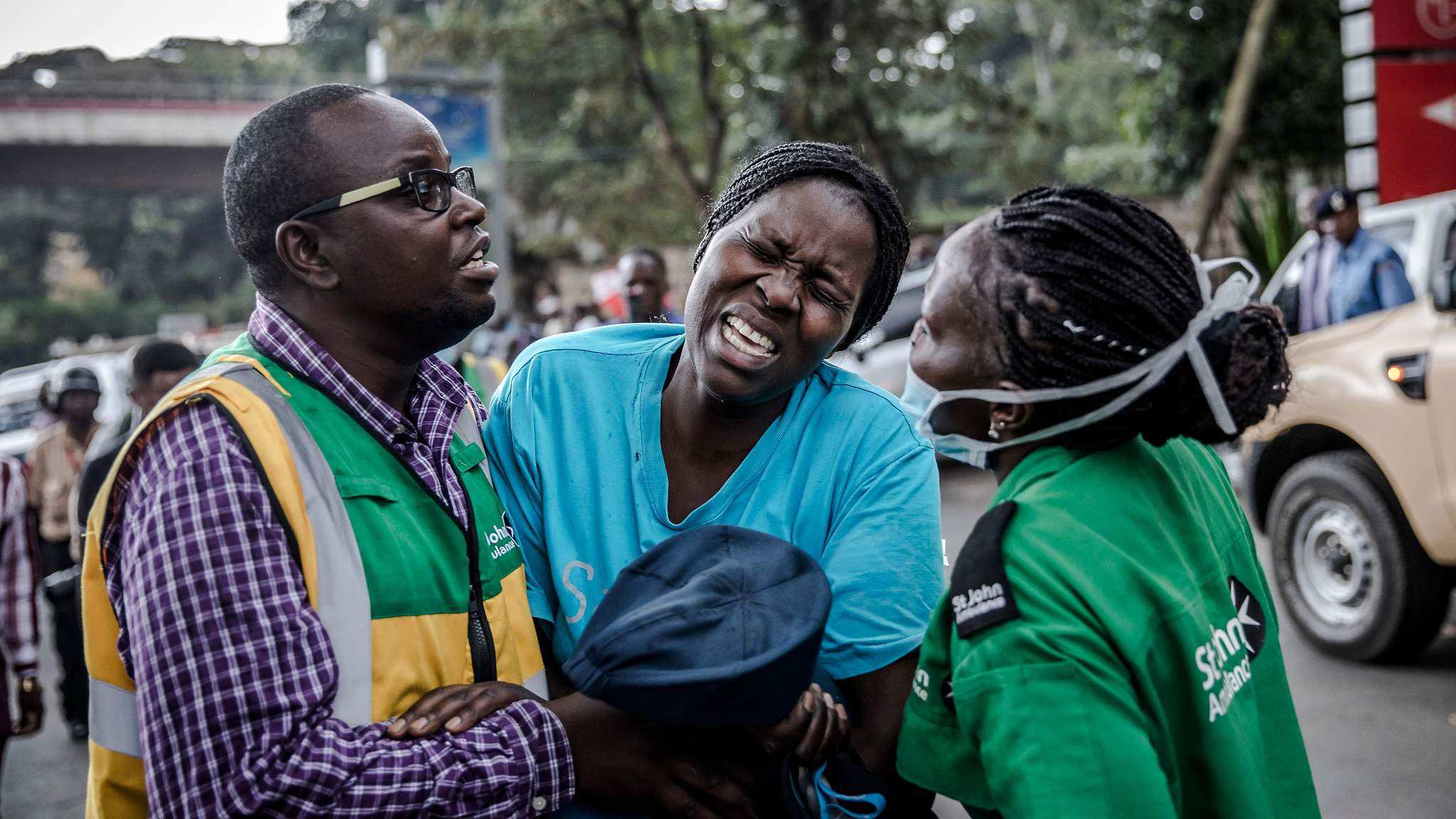 Editor's note: Shen Shiwei is a research fellow at Charhar Institute and former government relations and business consultant for Chinese enterprises in Africa. The article reflects the author's opinion, and not necessarily the views of CGTN.
The suspected terrorist attacks on commercial areas in Kenya's capital Nairobi have shocked the world.
The attack happened at the DusitD2 hotel complex near 14 Riverside in Nairobi's Westlands suburb. It is a place where luxury hotels, restaurants and office buildings housing international companies and embassies are located.
The attack definitely has a negative impact on Kenya's security situation and the country's tourism industry.
But what is behind this bloody attack? 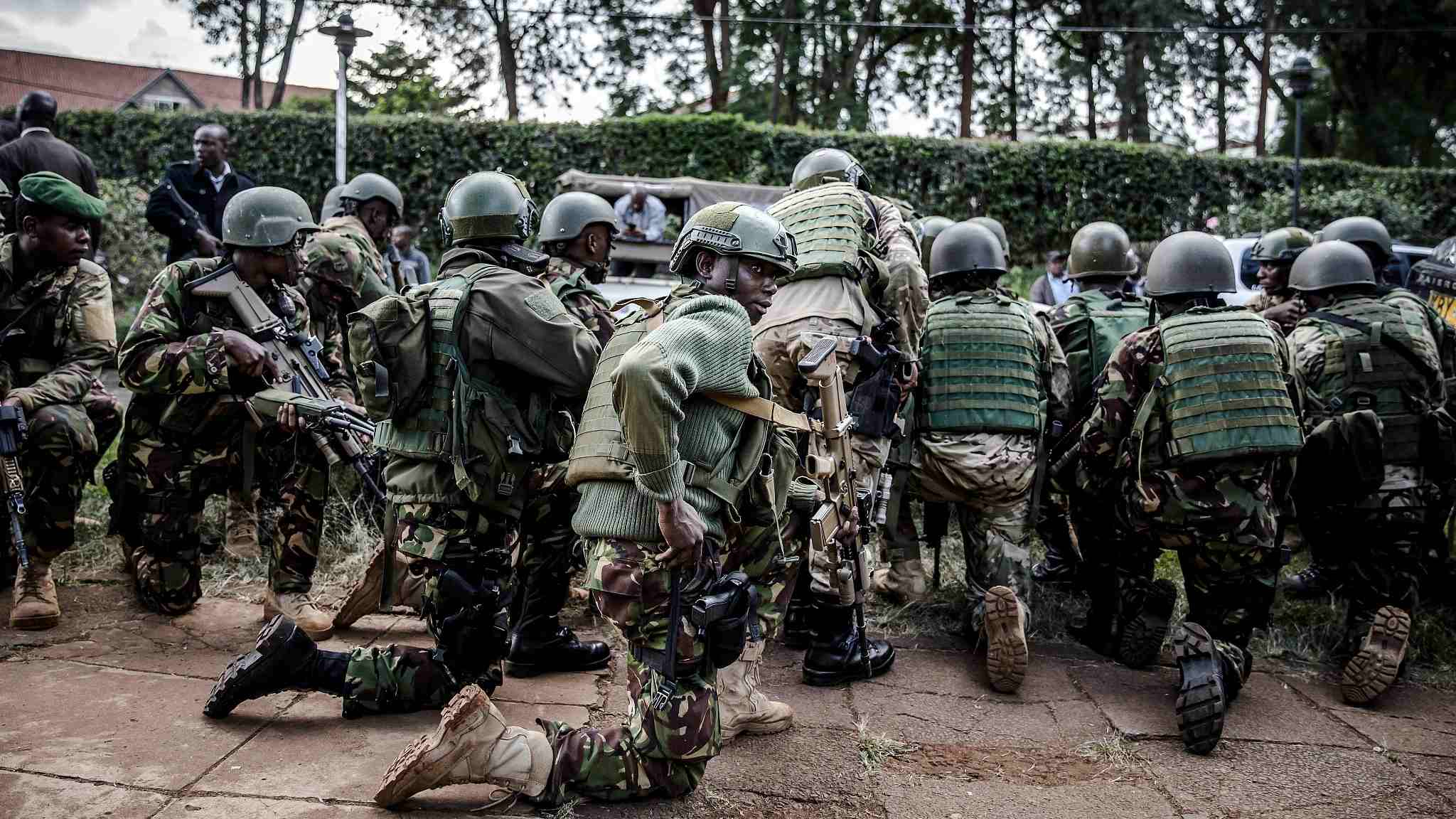 Terror suspects to be identified

The Kenyan police authority cautiously used the term "a group of armed assailants" instead of "terrorist attack" in describing the gunshots and explosion that stormed the DusitD2 hotel complex.
The attack happened about a mile away from the Westgate shopping mall, where the war-torn Somalia-based terrorist group al-Shabaab carried out a days-long siege in 2013, killing 67 people.
A few days ago, the three remaining suspects in the Westgate shopping mall attack were shown at the court trial.
The al-Qaida-linked al-Shabaab claimed that its mujahideen snipers are in operation in Nairobi via its radio body, Andalus.
If confirmed by Kenyan police, the attack would be seen as another major retaliation by Al-Shabaab against Kenya for sending troops to Somalia and joining the African Union mission in Somalia (AMISOM) in 2011.
Three years ago, on January 15, 2016, Al-Shabaab struck the Kenyan army under AMISOM based at El Adde, Somalia, inflicting large casualties in what was Kenya's biggest military defeat since the country won independence in 1963.
Bordering with Somalia, Kenya has been suffering from terrorist threats for years, especially its northeast region where thousands of refugees escaped from Somalia inhabits. The region is also home to Kenyan-ethnic Somalian groups.
In April 2015, the Al-Shabaab militant group stormed the Garissa University College, killing 148 people and wounding many others. 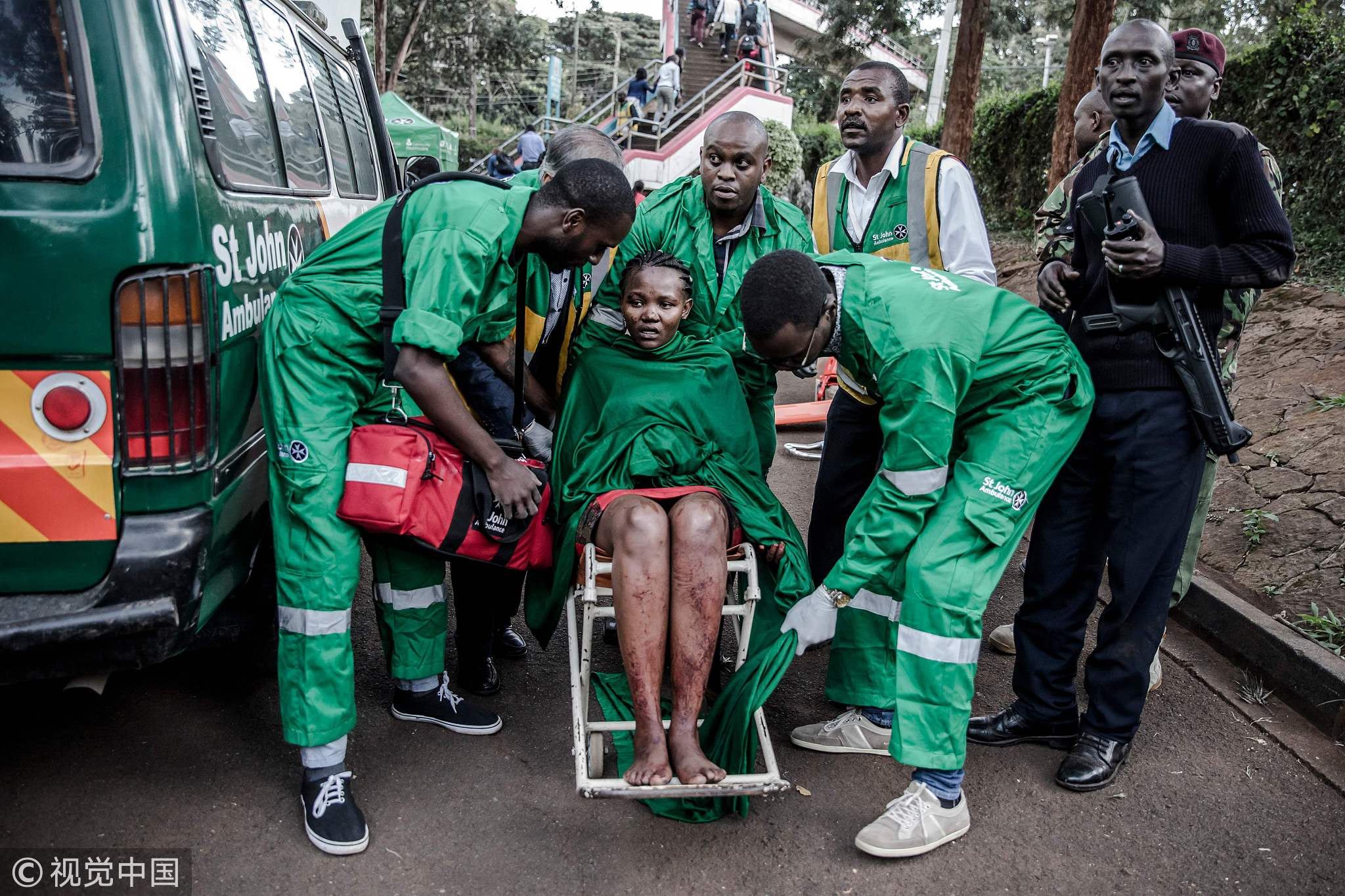 An injured woman is evacuated from the scene of an explosion in Nairobi, Kenya, January 15, 2019. /VCG Photo

An injured woman is evacuated from the scene of an explosion in Nairobi, Kenya, January 15, 2019. /VCG Photo

Kenya won't get its final peace without stability in war-torn nation Somalia. But the authorities in Nairobi do need to strengthen deterrence in the fight against terrorism.

The attack serves to alarm Kenya yet again after Kenyan police cracked a major terrorist plot last February. Details then showed that Al-Shabaab planned to launch a car bomb strike at Nairobi.
The suspected terrorist attack proves that Kenya still has a long way to go in the anti-terrorism war. Security loopholes, downward economic pressures and longstanding social tensions still exist. Also, the Kenya government and relevant authorities need to be more alert, especially toward early warnings coming from reliable sources.
Previously, some Kenyan authorities haven't shown enough attention to terrorist threats reported by western intelligence agencies and other sources and captured from terrorist groups-linked local radios.
With terrorist attacks becoming increasingly equipped with high-tech and spreading to neighboring regions, Kenya also needs to upgrade its anti-terrorism technology – the use of drones, for example – and strengthen its international counterterrorism efforts. 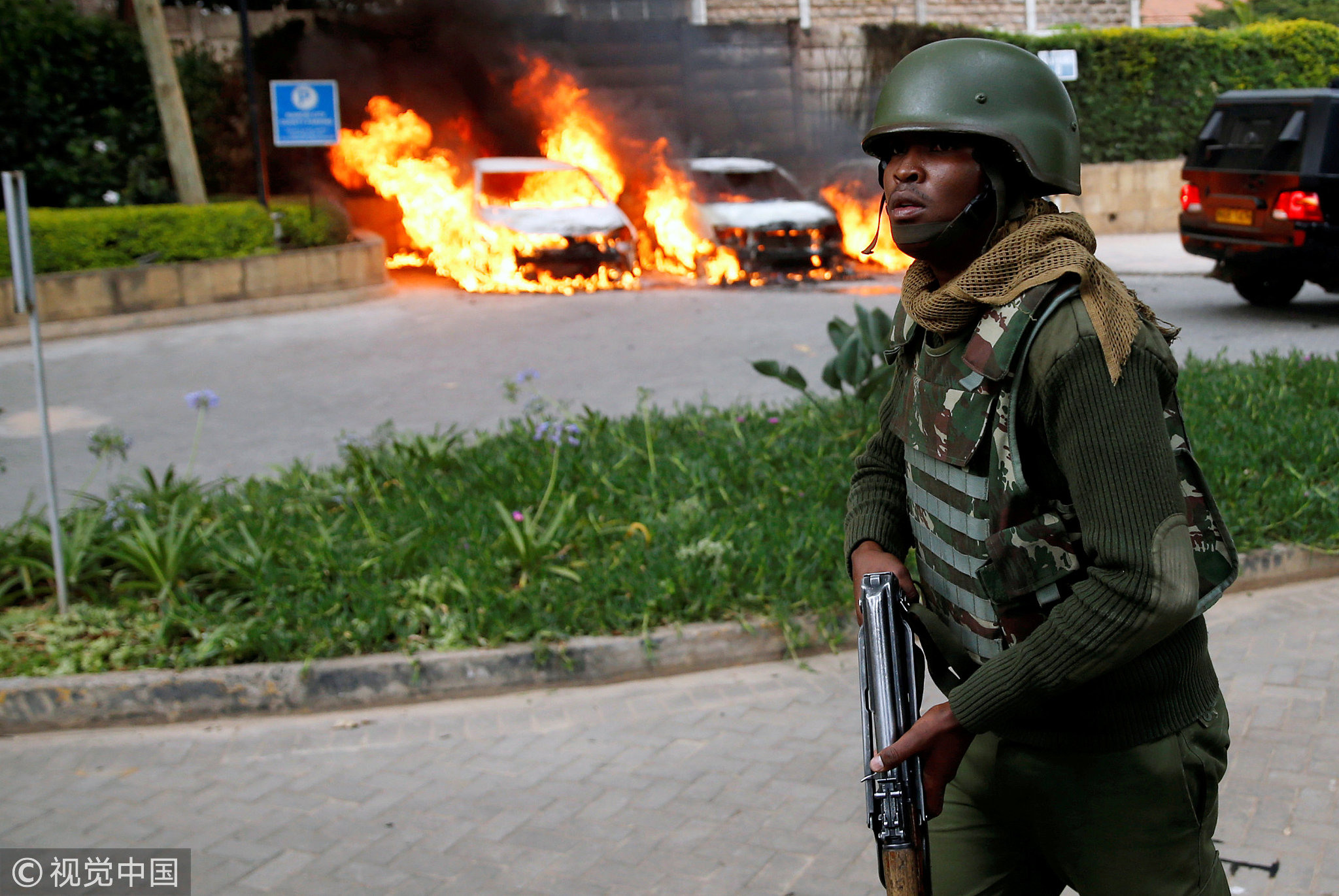 We still have a long way to go before rooting out terrorism.
More importantly, Kenya's government needs to make sound economic decisions and reduce unemployment among the young, increase the budget allocation for education and counter the spread of extremism.
Information from recent cases cracked by Kenyan police reveals that some young people from Kenya's poor regions have been seduced and brainwashed by Al-Shabaab. This not a good sign. The Kenya government and society urgently need to protect their kids from extremism.
(Cover photo: A woman wails after leaving a hotel following an explosion in Nairobi, Kenya, January 15, 2019. /VCG Photo)
(If you want to contribute and have specific expertise, please message opinions@cgtn.com.)