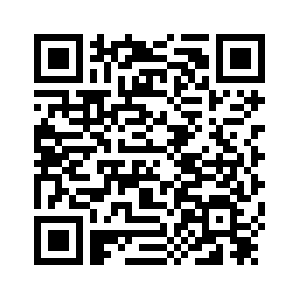 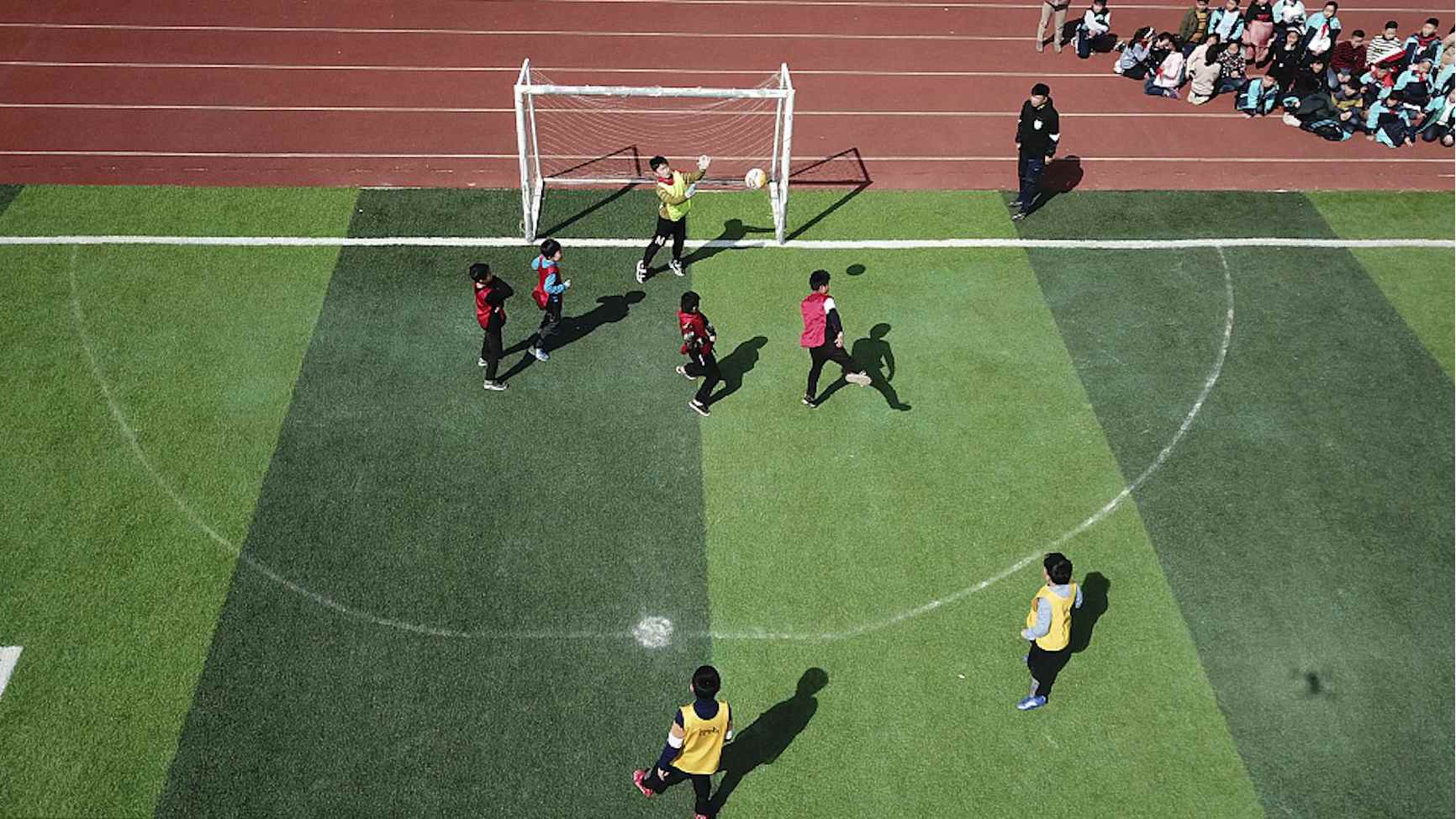 "Chinese soccer has been languishing for years and we have become increasingly agitated. It goes without saying that we have not done a good job." So declared Gou Zhongwen, director of China's General Administration of Sport, last Friday during a Q&A event of the "Two Sessions" – the annual pow-wow of the national legislature and the top political advisory body.
It's not lost on seasoned observers of Chinese politics that the country's top bureaucrats have come a long way in demonstrating a willingness to take on hard issues and powerful interests, yet Gou's unvarnished candor in his public display of self-criticism caught many spry journalists, who had intended to unleash all their pent-up frustrations with a run of scathing condemnations of the domestic soccer bureaucracy, a little bit off guard.

China's obsession with soccer is legendary and its people desperately want their team to add gloss to their lofty status as a global economic powerhouse. However, it's extremely difficult to overstate how abysmally Team Dragon punched well below their weight over the last few decades.
Last time they made it into the World Cup was 17 years ago when Bora Milutinovic's team marked their much-anticipated debut on the international stage with three straight losses without scoring a single goal. Disillusioned Chinese fans were so numbed by the national team's humiliating failures that their latest disappointment – a limp exit from January's Asian Cup at the quarterfinal stage – was greeted with a shrug of stoic resignation. 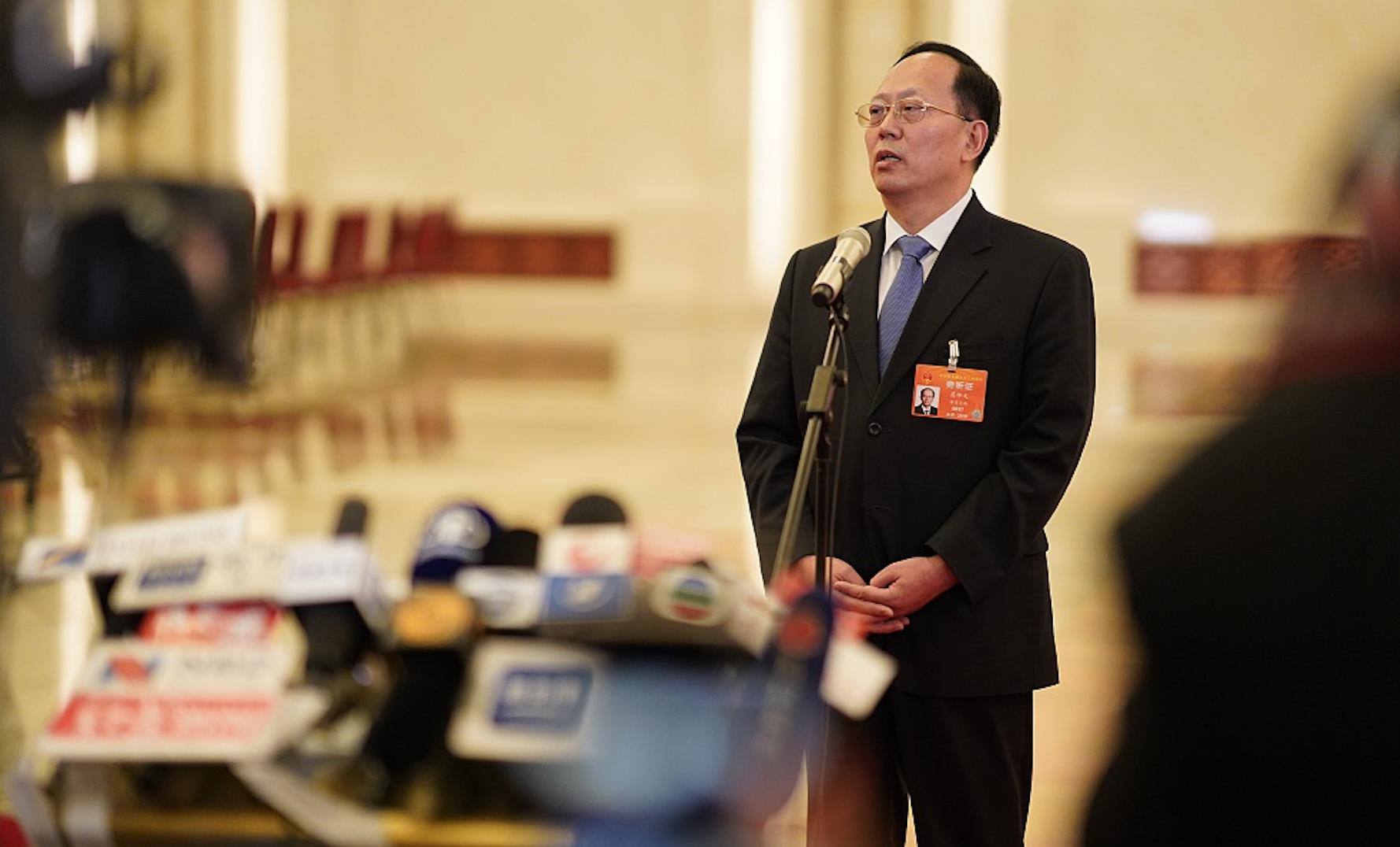 Gou Zhongwen delivers a scathing assessment of Chinese soccer during the "Two Sessions" at the Great Hall of the People in Beijing, March 8, 2019. /VCG Photo

Gou Zhongwen delivers a scathing assessment of Chinese soccer during the "Two Sessions" at the Great Hall of the People in Beijing, March 8, 2019. /VCG Photo

The World Cup-winning Italian Marcello Lippi's subsequent voluntary departure after a tumultuous 27-month reign as China coach only further deepens the sense of despair and alienation among supporters.
"Obviously China has a very experienced coach who is a world champion, but he was not the world champion with China," observed Kyrgyzstan boss Aleksander Krestinin when asked about Lippi's considerable prestige at the Asian Cup. To add insult to injury, a ruthless Krestinin snapped: "We don't remember China winning anything in recent years."
Neither do the Chinese. Since Klaus Schlappner became the first foreign coach to take over at Team Dragon in 1992, seven highly-regarded and well-paid outsiders have passed through China's managerial revolving door, each inevitably falling short with the sole exception of Milutinovic.
This constant chopping and changing of coaches has done a disservice to China's style of play and youth development. Even the footballing gods cannot make bricks without straw if the talent pool is limited, and there is genuine fear for an even longer fallow period ahead. 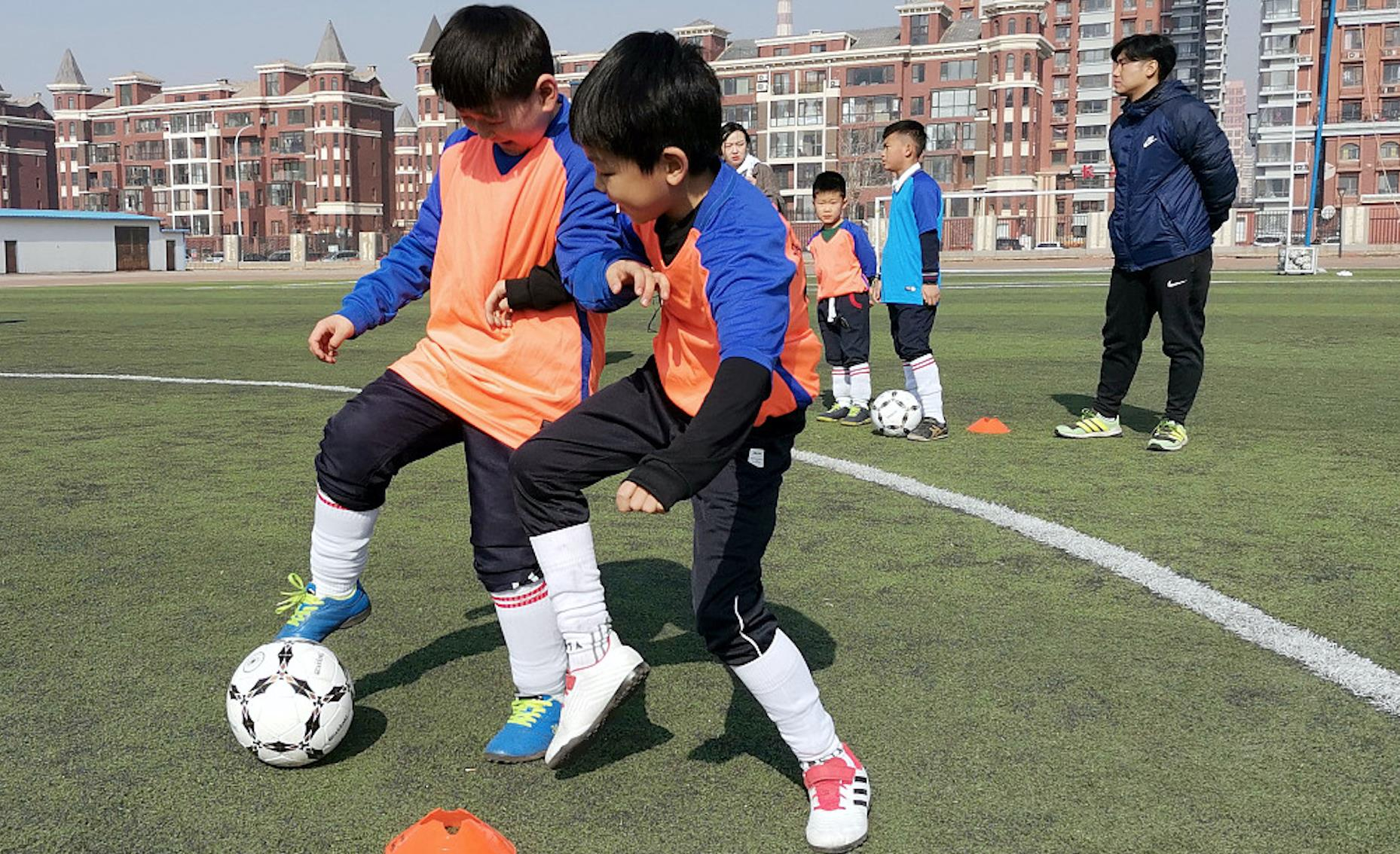 China aims to nurture a new generation of footballers by adding tens of thousands of soccer pitches for kids to play on. /VCG Photo

China aims to nurture a new generation of footballers by adding tens of thousands of soccer pitches for kids to play on. /VCG Photo

The Chinese government has never been one to sit idle. Keen to fix the embarrassing state of soccer, China's State Council unveiled an ambitious reform plan in 2015, which outlines a meticulous endeavor that includes creating at least 20,000 soccer schools and 70,000 pitches across the country by 2020. It aims to get 50 million Chinese regularly playing soccer by the end of this decade, thus becoming a “world football superpower” by 2050.
China's high-profile attempts to boost the fortunes of the beautiful game in the Middle Kingdom have prompted an explosion of interest in domestic soccer and massive investment by Chinese Super League clubs, which flexed their financial muscle over the past few seasons to scoop a host of big names from Europe's top outfits.
However, as the Asian Cup shows, there's no quick fix for China's chronic soccer malaise and the country's footballing authority's struggle to ensure local compliance with a national roadmap has hindered meaningful progress.
"The [2015] reform plan perfectly illustrates what we should do right now and in the future, but there is a vast enforcement gap at the local level where we see instances of grandstanding and rushing for quick success," blasted Gou, who held nothing back in his brutal assessment of Chinese soccer's reality check during the "Two Sessions."
"Everyone is unsatisfied with the current state of affairs." 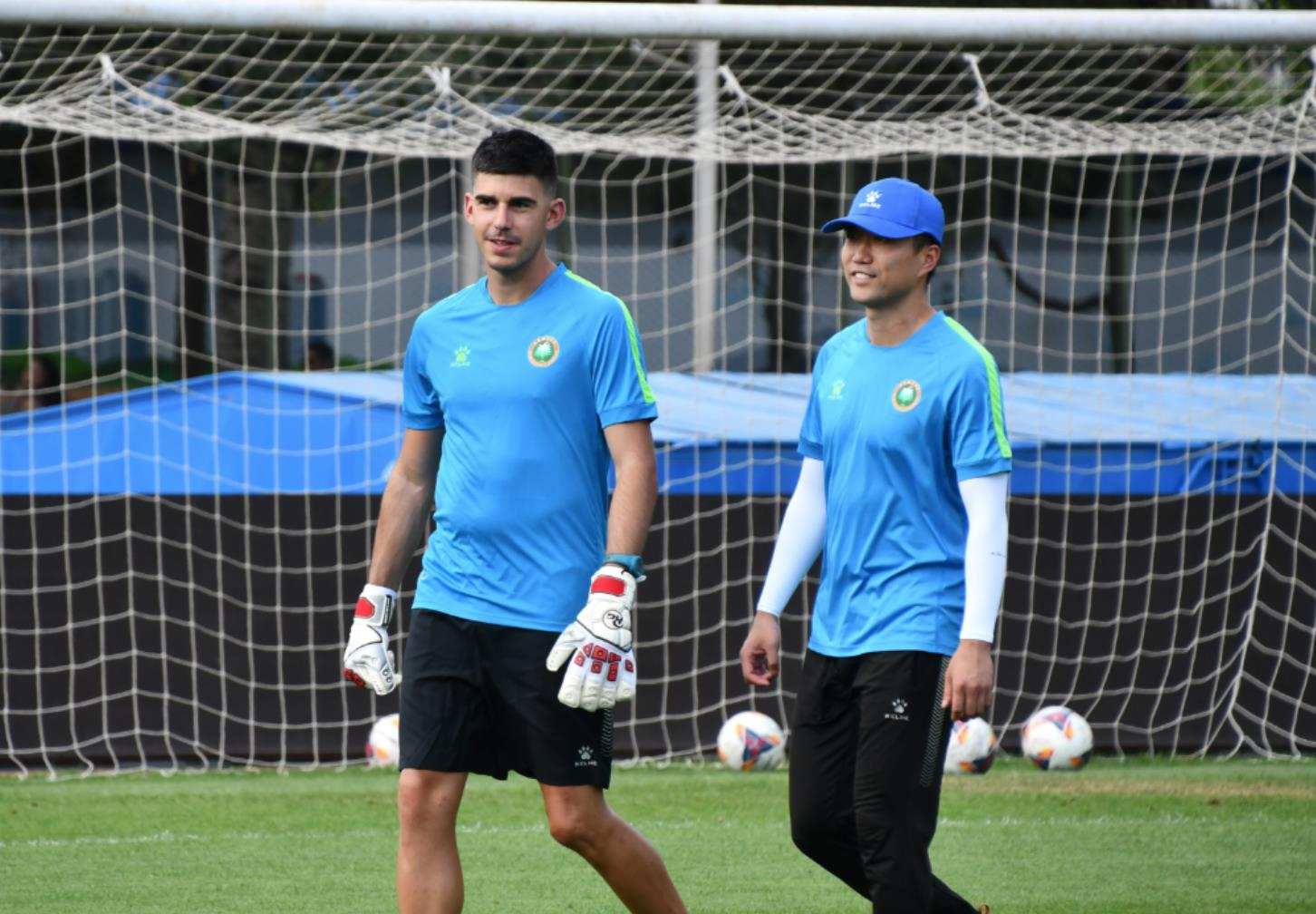 Wang Tan (R) chats with a Spanish goalkeeper coach after a youth training session in Beijing in 2018. /CGTN

Wang Tan (R) chats with a Spanish goalkeeper coach after a youth training session in Beijing in 2018. /CGTN

As the gloomy retrospective look at the troubled Chinese soccer betrayed the predictable ills, a more alarming diagnosis came to the fore.
"Across China, soccer schools and training centers are struggling to meet the growing demand for highly qualified teachers and coaches," assessed Wang Tan, Director of Competition at the government-backed China Football College.
"With intensive recruiting and drilling, many facilities are still being staffed by instructors who are not good at their jobs," Wang told CGTN. "Even an uptick in coach education enrollments is nowhere near enough to solve the issue." 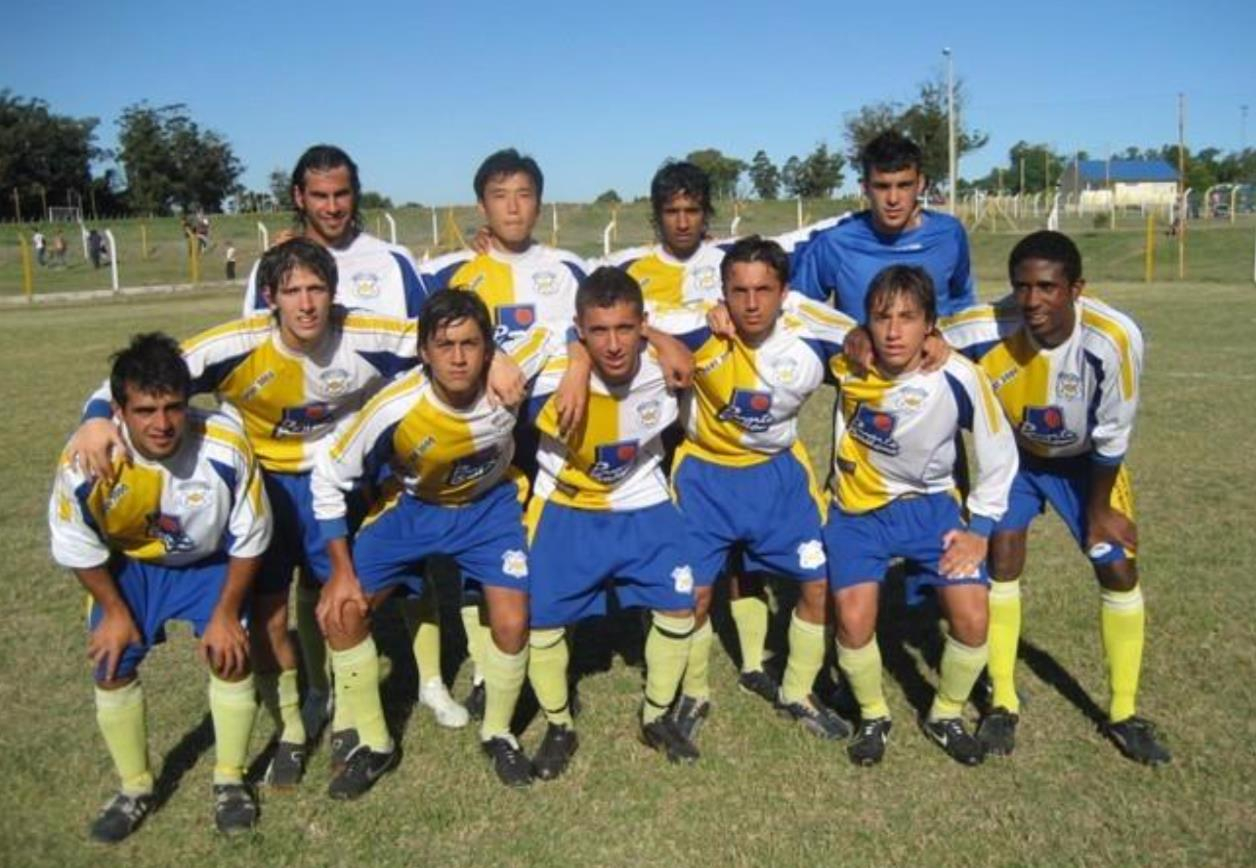 A retired professional footballer, Wang's playing career featured a 6-year stint with multiple Uruguayan clubs, during which the midfielder made rapid progress on and off the pitch.
"I really enjoyed my time in Uruguay, where locals constantly boast about their formidable soccer prowess. I still remember they declared that they have more than 3 million soccer coaches just because they have a population of over 3 million people. "
"Jokes aside, it's not a stretch to say that almost every Uruguayan has a deep understanding of soccer. And they do have a good number of great coaches who are able to coax the best out of the impressionable young players."
This was a sentiment echoed by Xiao Bojie, an Asian Football Confederation (AFC) "A" license coach and a Chinese Football Association (CFA) lecturer in youth soccer management. 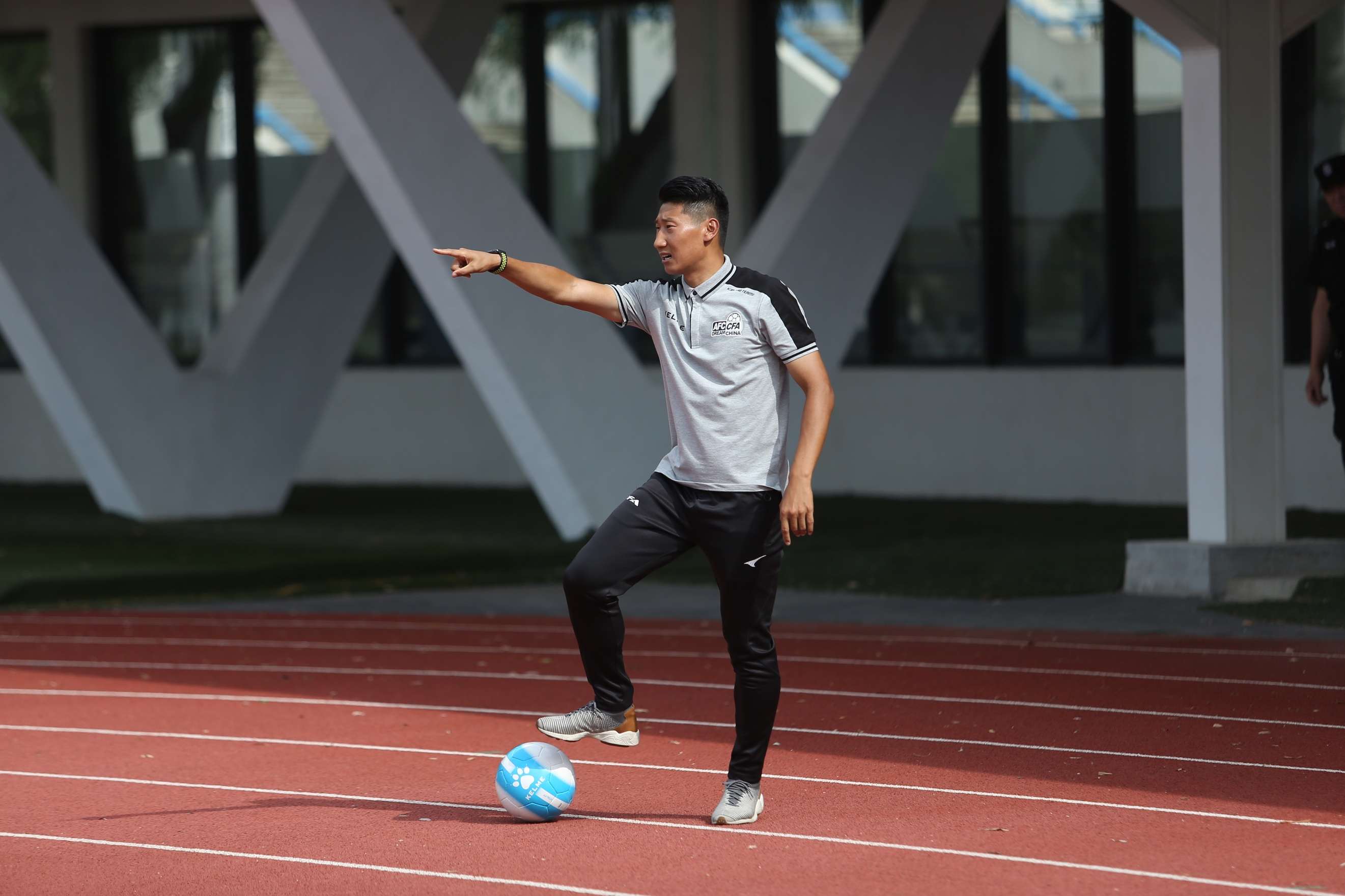 Xiao Bojie barks orders from the touchline during a professional coaching session in Beijing in 2018. /CGTN

Xiao Bojie barks orders from the touchline during a professional coaching session in Beijing in 2018. /CGTN

"For kids to love soccer and thrive, we need competent coaches, and we won't have enough of them if low pay leaves them unable to cover the costs of basic necessities," said Xiao, who is no stranger to the thankless job of coaching at the grassroots level.
"The authorities have to get to grips with the situation. These economic dynamics have profound consequences and would do damage to Chinese soccer. It is urgent and somehow we have to come up with a solution."

A Glimpse of Hope

For all the inevitable roadblocks and bumps that come with the soccer development, China is listening to all suggestions and resiliently keeps on going. Emerging evidence indicates that the country is on the right path.
"We've now got consistency in terms of our recruiting method, coaching program, tactical system and style of play, which is immensely important for young players to grow and develop," beamed Wang who oversees various age groups at his college's state of art facilities in Qinhuangdao, north China's Hebei Province. 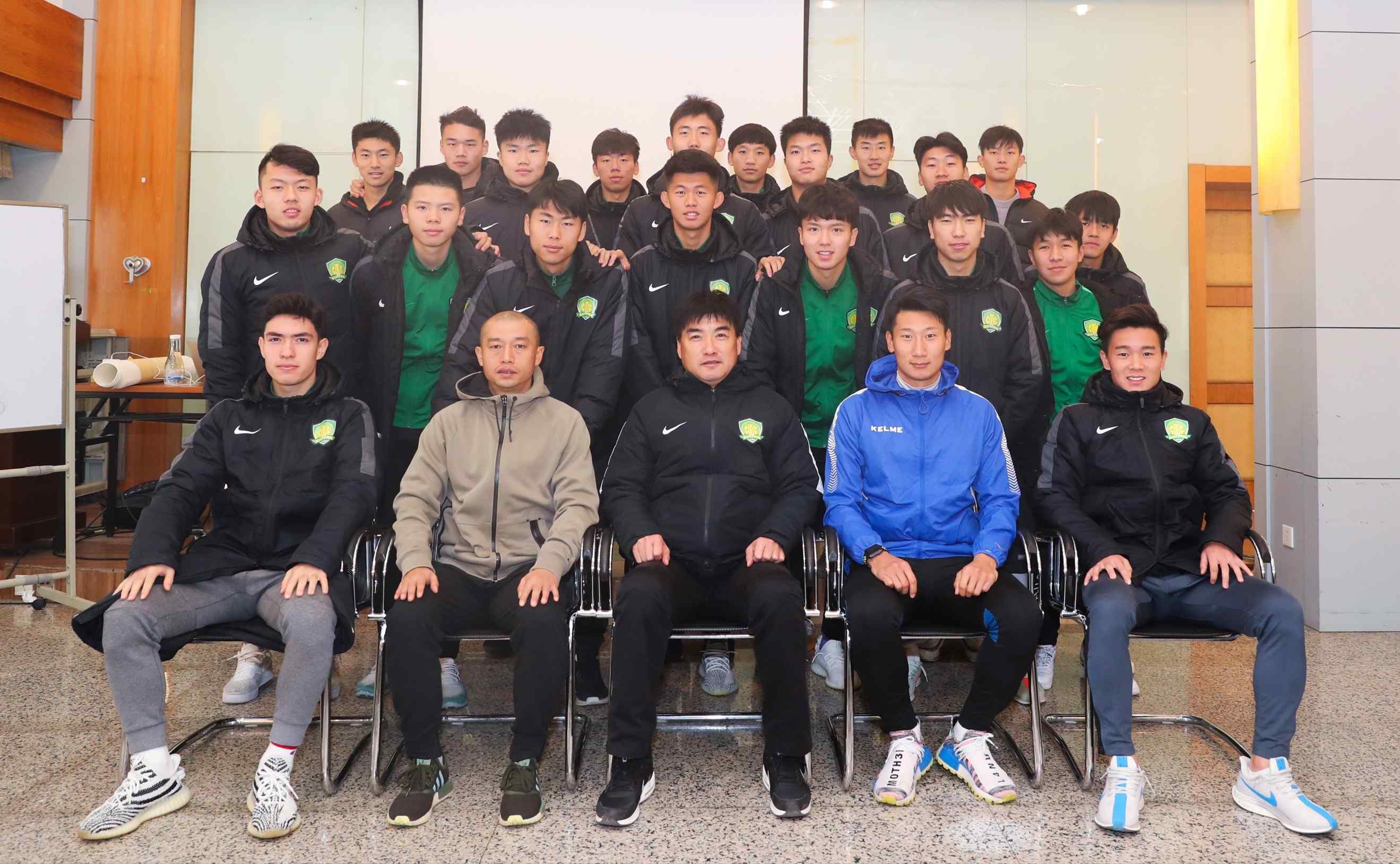 Xiao Bojie (first Row, right two) poses for a group photo after heading a coaching session for Beijing Guoan's Under-19 players in 2018. /Courtesy to Beijing Guoan

Xiao Bojie (first Row, right two) poses for a group photo after heading a coaching session for Beijing Guoan's Under-19 players in 2018. /Courtesy to Beijing Guoan

According to Wang, more kids were sent to learn soccer at a young age as Chinese parents, who have long put a high priority on academics at the expense of sports, finally jump on the bandwagon. The move to make soccer an essential part of the national curriculum apparently played a major role in their collective change of heart.
Xiao, from what he observed in his job as Director of Coaching at a Beijing-based soccer academy weighed in on a flow of promising prospects that could trigger an upturn in fortunes for Chinese soccer.
"Without a doubt, the talent is there, it is just about being given an opportunity," maintained the 34-year-old Xiao, who plied his trade in China League One well over a decade ago. "In my circle, everyone is committed to making sure that young talents manage to find the best possible environment for their development, which is unimaginable to any previous generation." 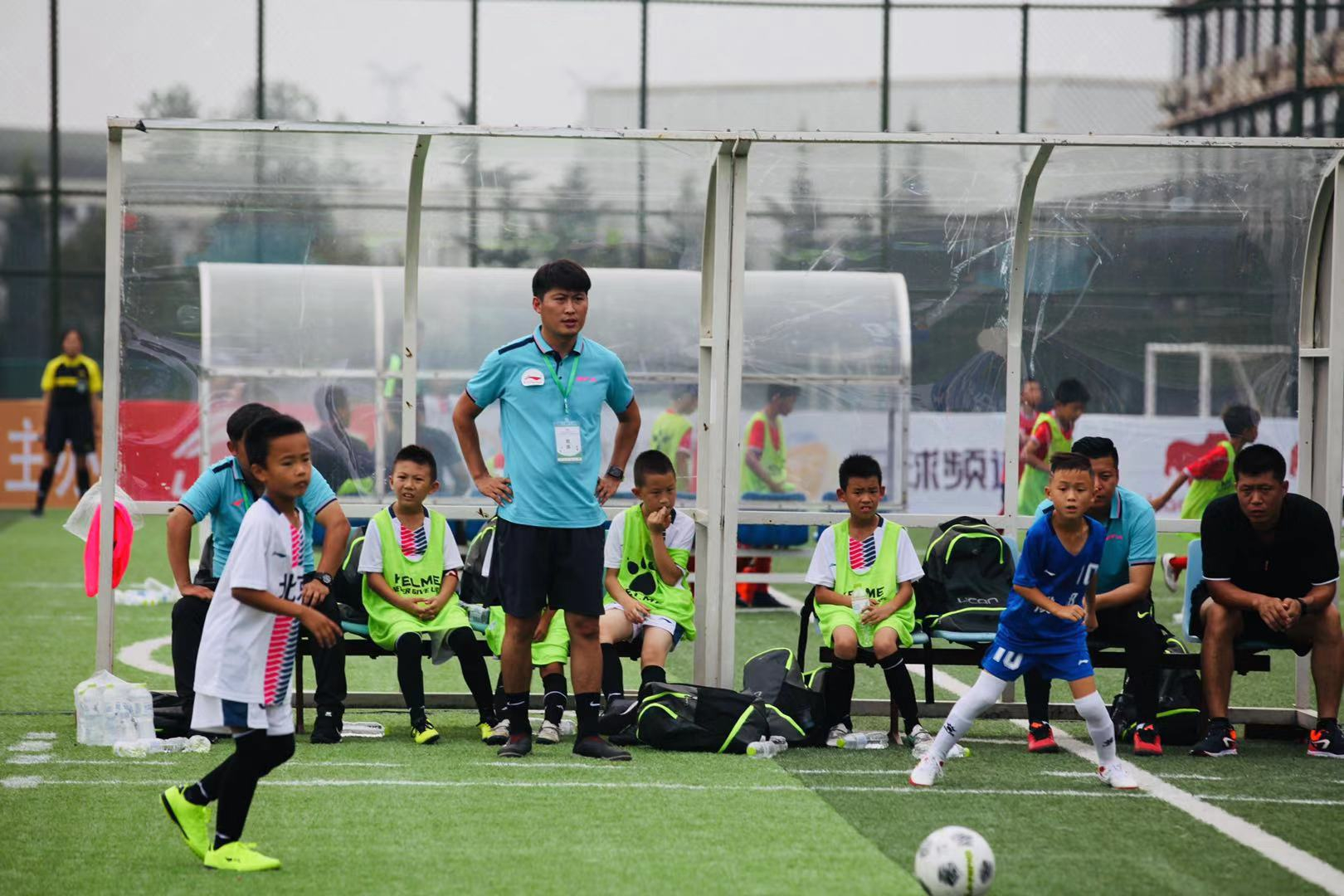 Wang Dongdong oversees his team on the sidelines during a youth competition in Chengdu in 2018. /CGTN

Wang Dongdong oversees his team on the sidelines during a youth competition in Chengdu in 2018. /CGTN

Wang Dongdong, a senior youth coach, also noted that China has started getting into its stride by creating increasingly positive learning environments for the budding players.
"Since the reform plan kicked in, countless new soccer competitions have cropped up along the way," mused the seasoned tactician, who guided his Under-8 side to the National Children's Soccer League title last year.
"It leads to more playing time and more meaningful minutes in games for kids to experience and learn, which ultimately helps them to put their potential on full display."
"I always tell the kids you should learn to enjoy the process and stop worrying about the results.  Just focus on the technical skills and tactical discipline that you learn in training in order to get to where you need to be. Success can be achieved through unrelenting effort."
"Chinese soccer is not as hopeless as it might seem. It just takes more time."