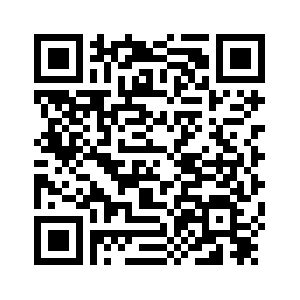 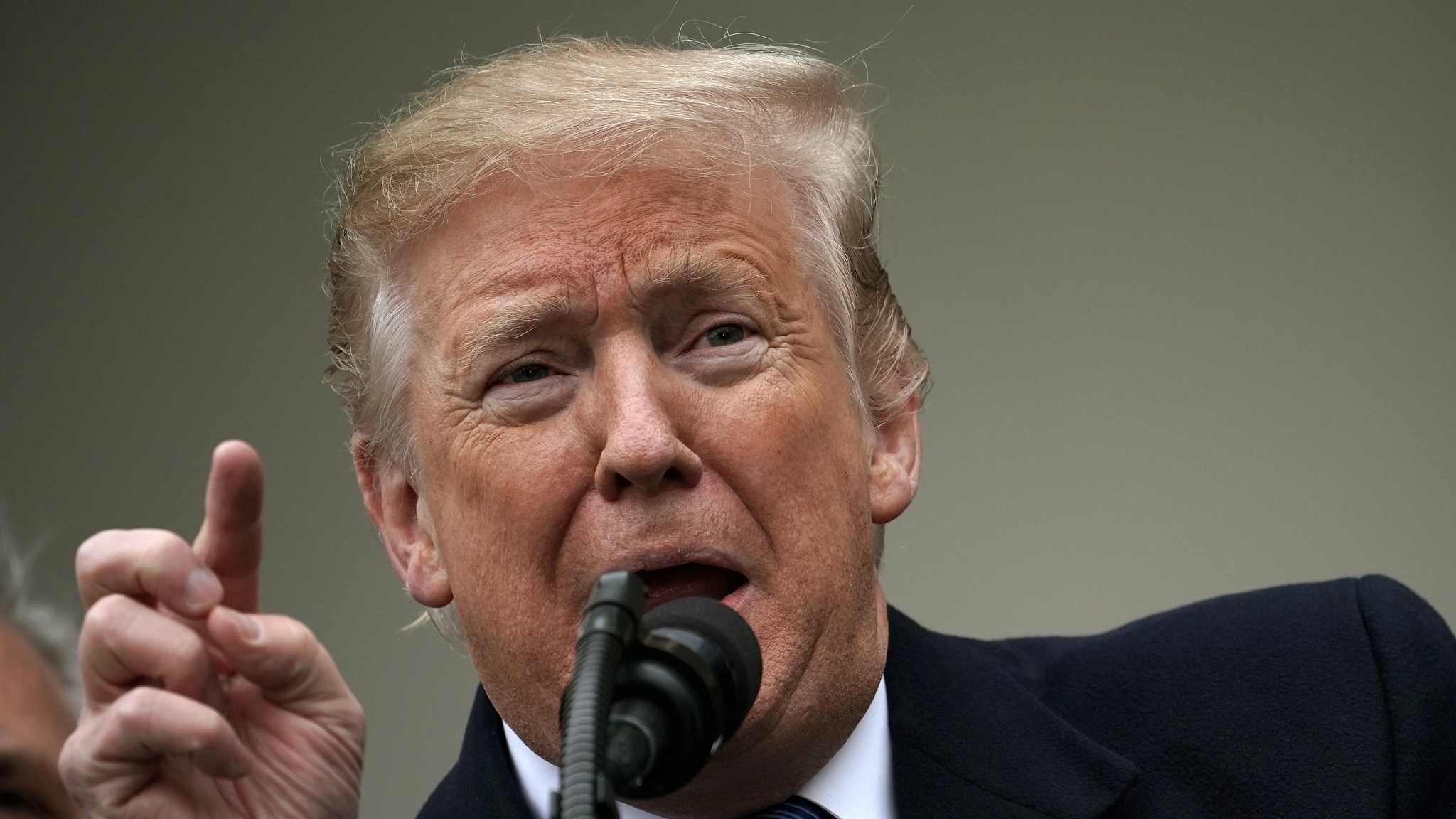 U.S. President Donald Trump said Friday he was prepared to keep the U.S. government shut down for as long as it takes – months or even years – to secure funding from Congress for a border wall with Mexico.
"This is national security we're talking about," Trump said following another round of talks at the White House with Democratic leaders on ending the two-week government shutdown.
"The southern border is a dangerous, horrible disaster," he said, decrying illegal immigration, drug smuggling and human trafficking.
"We have to get a structure built," Trump said, calling on Congress to approve his 5.6 billion U.S. dollars request for a "major powerful barrier" made of concrete or steel.
Describing the situation as a "national emergency," the president said he was also looking into ways to build the wall without congressional approval. "I am allowed to do that," he said.
Chuck Schumer, the Senate minority leader, said Democrats had urged Trump during what he called a "sometimes contentious" meeting to reopen the federal government, which has been partially shut down since December 22. 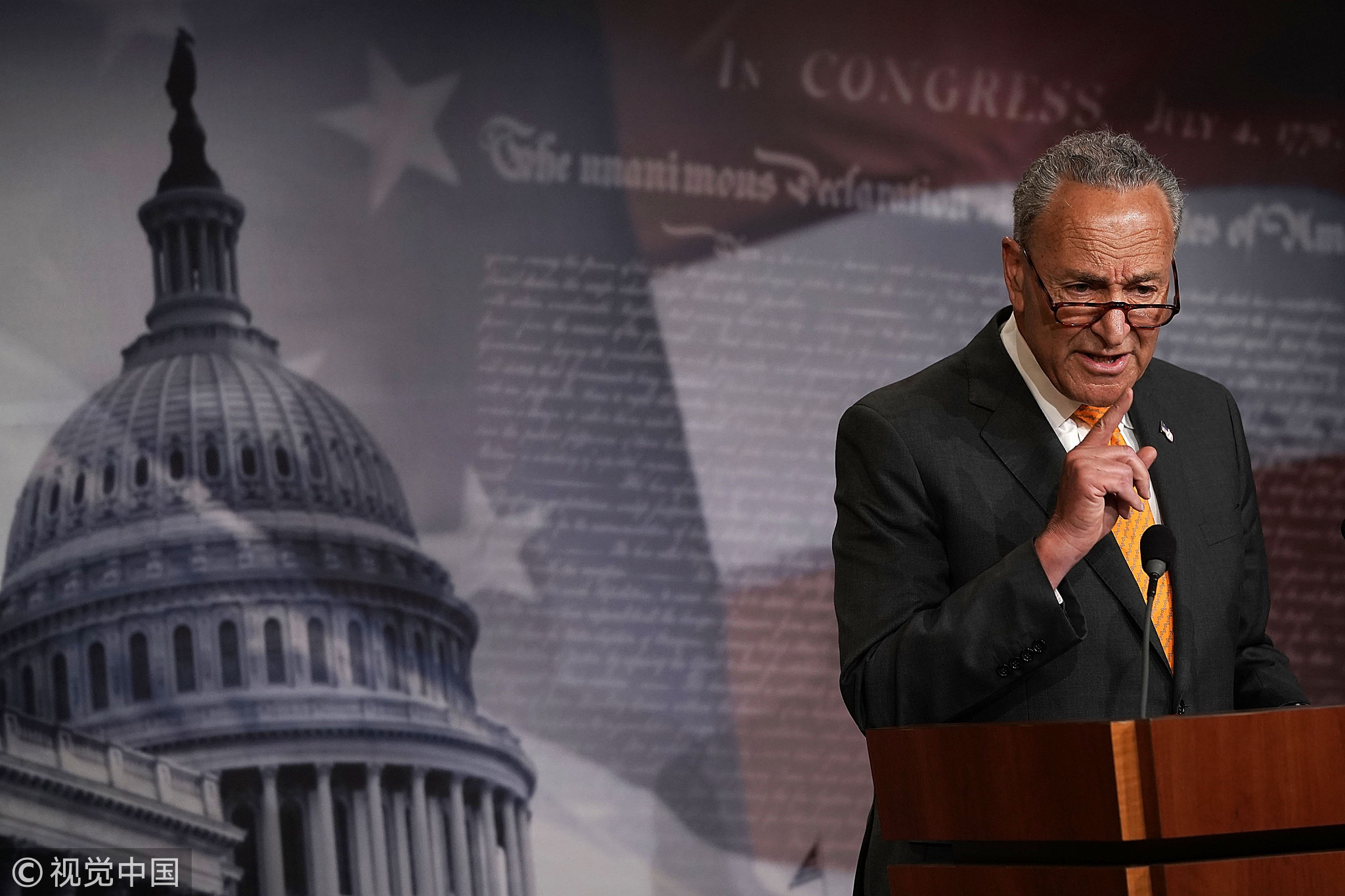 "We told the president we needed the government open," Schumer said. "He resisted. In fact, he said he'd keep the government closed for a very long period of time. Months or even years."
Asked by reporters whether this was true, Trump said it was although he added that he hoped the shutdown "doesn't go on even beyond a few more days."
"I will do whatever we have to do," Trump said. "If we have to stay out for a very long period of time we will do that."

Talks over the weekend

White House officials and House and Senate staff members will meet at 11 a.m. EST (160GMT) on Saturday in a bid to end the partial U.S. governmentshutdown, White House spokesman Hogan Gidley said on Friday.
A quick end to the stalemate does not appear to be in sight, however, as Democrats, who now control the House of Representatives, seem in no mood to make concessions.
"We are committed to keeping our borders safe," Nancy Pelosi, who took over as speaker of the House on Thursday, told reporters following the meeting with the president.
But, Pelosi added, "we recognize on the Democratic side that we really cannot resolve this until we open up government.
"And we made that very clear to the president," she said. "Services are being withheld from the American people. Paychecks are being withheld."
Both Democrats and Republicans have attempted to pin the blame for the shutdown on the other side.
Pelosi on Thursday described the border wall as an "immorality" and once again flatly rejected Trump's insistence on money for the barrier.
"It's an old way of thinking," she said.
"It isn't cost effective," Pelosi added, arguing that money would be better spent on border security technology such as drones and cameras, and on hiring more border patrol agents.
Shortly after the new Congress was sworn in on Thursday, the House approved two measures to provide short-term funding for the government. 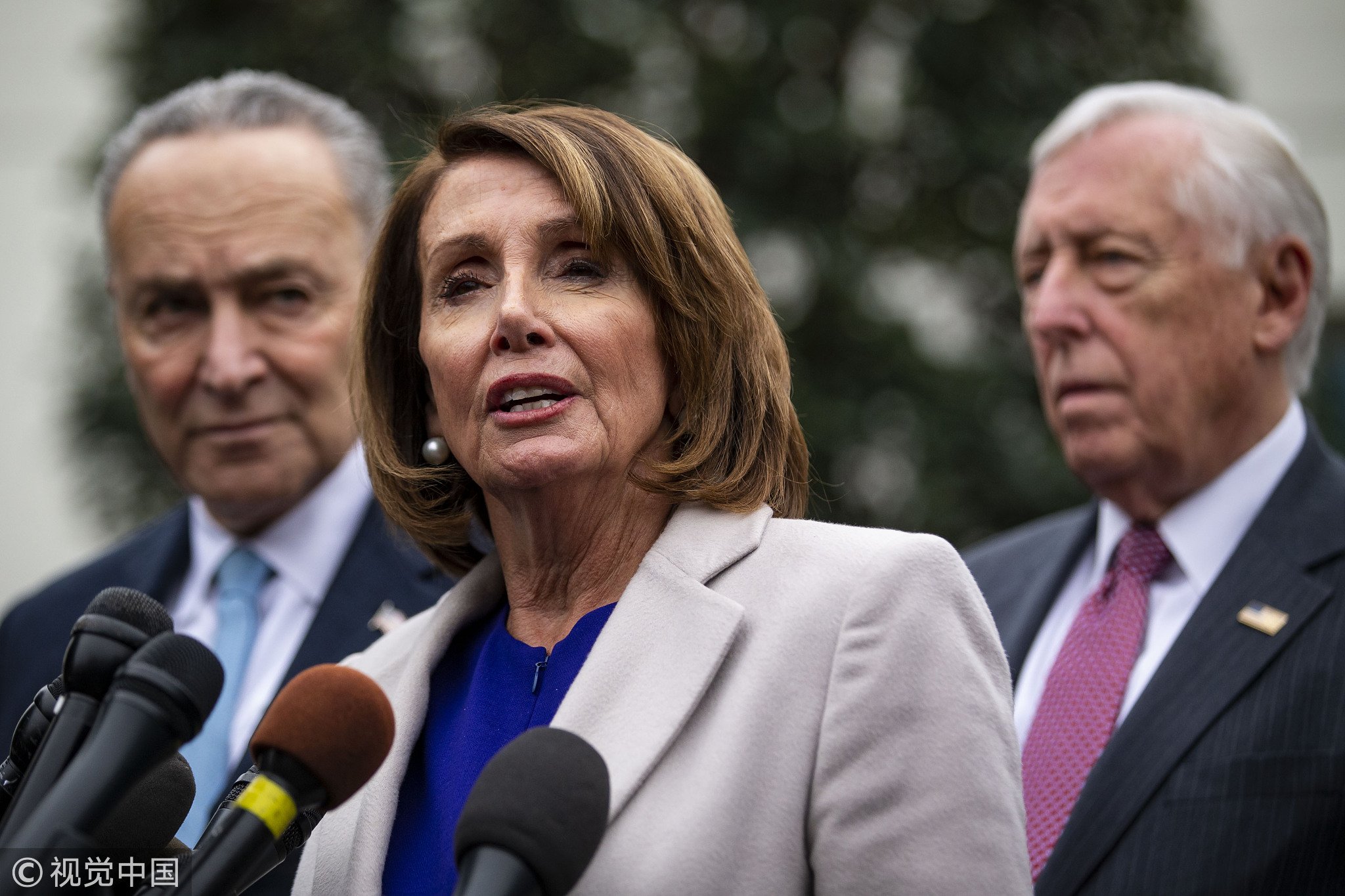 The legislation would fund homeland security operations until February 8 and several other agencies through September.
Trump has said he would veto any bill, however, that does not include funding for the wall and the Republican-run Senate has said it would not consider any legislation that does not pass muster with the president.
The fight over the wall is setting the stage for what could be a tumultuous final two years in office for Trump faced with a hostile Democratic-controlled House equipped with investigative powers.
Some newly seated Democrats have even called for impeachment proceedings against the Republican president but Pelosi has distanced herself from those appeals.
"We shouldn't be impeaching for a political reason, and we shouldn't avoid impeachment for a political reason," she told NBC's Today show. "So we'll just have to see how it comes."
Trump lashed out on Friday at the mention of impeachment. 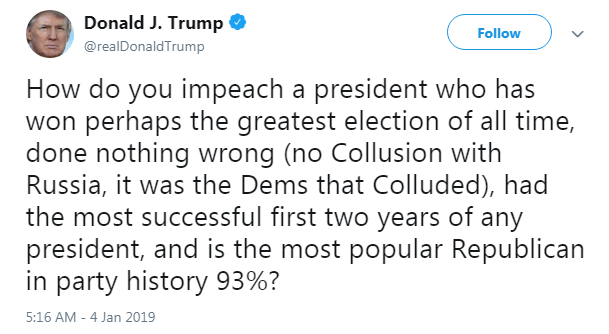 "How do you impeach a president who has won perhaps the greatest election of all time, done nothing wrong," he said on Twitter, throwing in a claim that he has had "the most successful first two years of any president."
(Top image: U.S. President Donald Trump speaks in the Rose Garden of the White House in Washington, D.C., U.S., January 4, 2019. /VCG Photo)
Source(s): AFP ,Reuters