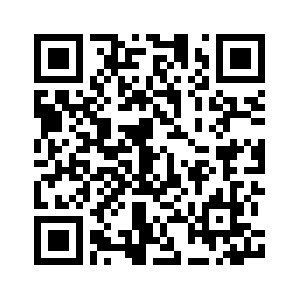 Very soon, the "person" cleaning your office or the shopping mall may not be human. Or you might run into a robot patrolling Gardens by the Bay on your next visit.
In labor-strapped Singapore, robots and automation are being seen as a key solution to meet manpower needs. Backed by the government, robots are being tested to perform a wide array of functions ranging from security, hospitality to manufacturing and cleaning.
While most businesses are keen to adopt robots, some smaller enterprises remain hesitant, primarily due to the cost of purchase and maintenance.
With that in mind, Singapore-based firm Lionsbot International Pte Ltd. has decided that instead of selling their cleaning models, they will be renting them out to cleaning companies on a monthly basis.
CEO and co-founder Dylan Terntzer, said that "robots-as-a-service" "means that you don't have to have the capital outlay and spend a lot of money on getting robots to do your cleaning."
He added that, cleaning requires different types of models working together and that could make it very expensive for one cleaning company. Through "robot-as-a-service" "we could actually incorporate a team of cleaning robots that is suitable for the cleaner or the job site."
Co-founder and Assistant Professor Mohan Rajesh Elara from the Singapore University of Technology and Design, likened the robots to velociraptors who work in teams to complete their mission.
"With our robots we can put together a team to work in a facility. So they can divide the task among them in terms of which regions to cover." 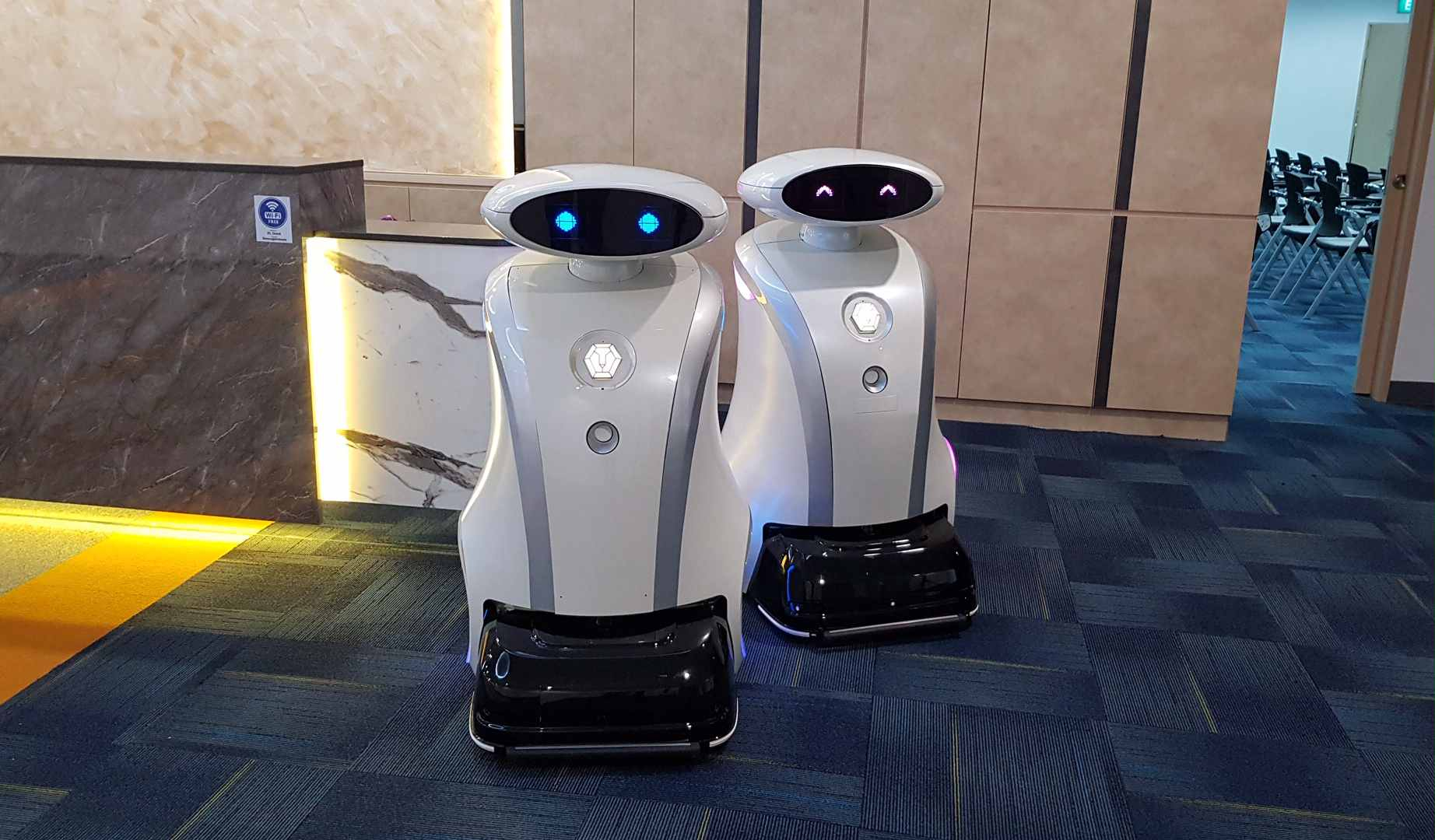 First 100 Leobots will be deployed to cleaning contractors in Singapore by April 2019. /CGTN Photo

First 100 Leobots will be deployed to cleaning contractors in Singapore by April 2019. /CGTN Photo

Lionsbot's first model is the Leobot Scrub. It is part of a team of robots being developed to perform different types of cleaning processes. With the height of a regular six-year-old child and a diameter of just 73 centimeters, it is meant to be nimble, compact, and has the ability to get through small office doors. It also has a zero turning radius, which means it can turn where it stands.
But the most unique part is that these robots have been given a personality and are capable of human interaction in a social setting. It comes as no surprise that, several customers have also approached Lionsbot to use the robot to clean their homes.
Another industry facing severe manpower crunch is security. To help tackle this crisis, Ademco Security Group has also decided to follow the "robots-as-a-service" model and rent their security robots.
Toby Koh, group managing director of Ademco, highlighted that the "traditional security manpower concept is very outdated and creates an undesirable job resulting in very high turnover and thus inconsistent service quality."
"Ademco's rental model provides end-to-end hassle free security while reducing the long-term running cost," he added.
Known as the VerifSuite-Robo, it has a total of seven cameras to get a complete 360-degree view of its surroundings. Its sensors can detect, inspect and report on security breaches and other abnormalities such as fire, smoke, unknown noises and unattended bags.
As opposed to humans, robots can patrol for hours without getting tired or needing a break. With robots performing time-consuming and tedious tasks, human beings are free to perform more knowledge-based functions, thereby increasing their productivity.
Singapore has been very active in encouraging companies to automate processes. To encourage adoption, it announced plans in 2016 to spend 450 million Singapore dollars over three years to fund robot development and deployment. 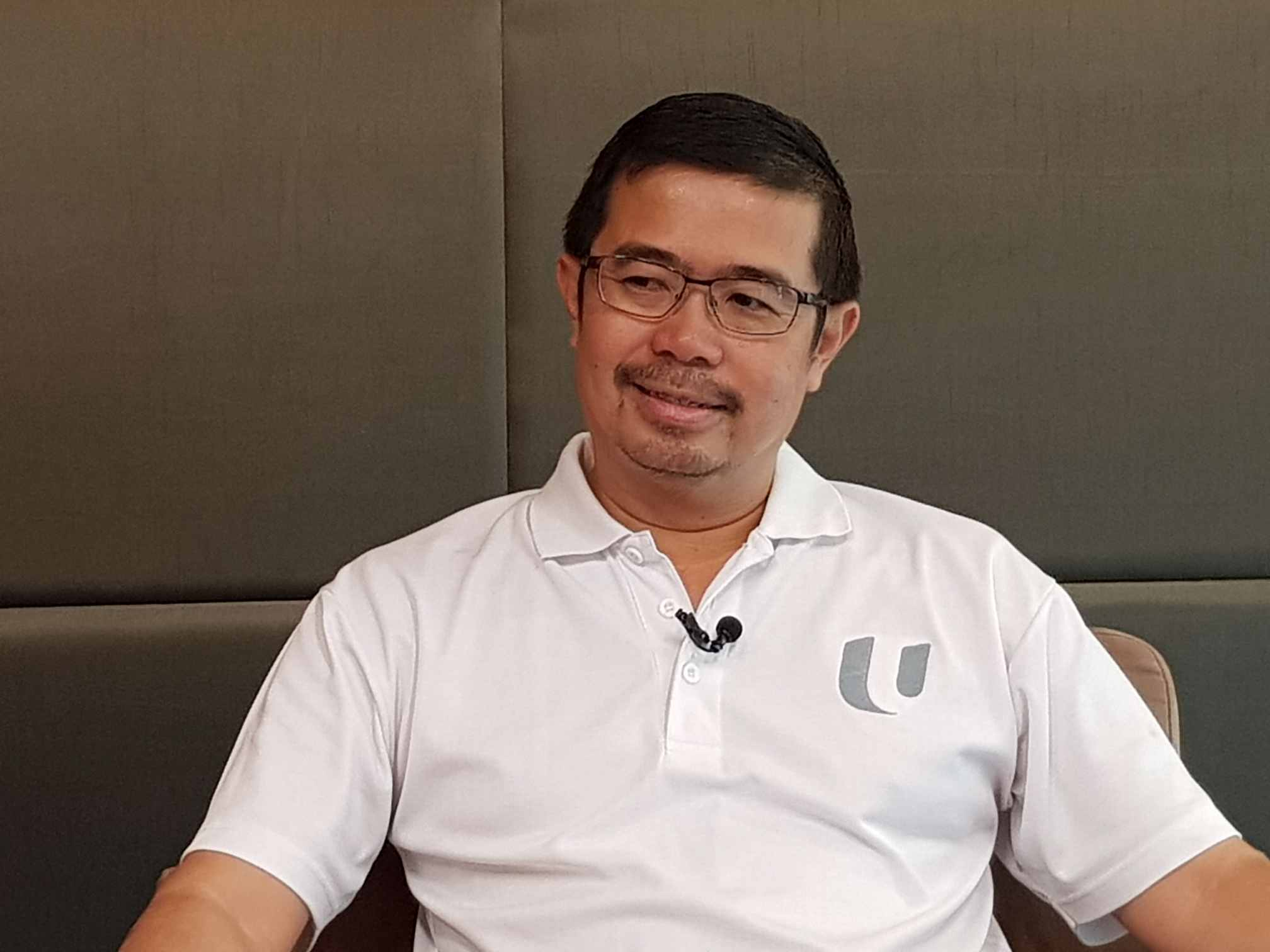 National Trades Union Congress (NTUC) represents workers within Singapore. Assistant secretary-general, Zainal Supari highlighted the importance of exploring new technology given the manpower crunch.
"It will boost workers' productivity, make their work easier, given the profile of some of the workers in the cleaning industry where many of them are actually elderly workers."
Can robots help remove stigma?
In most sectors, like cleaning and security, it is the stigma attached to the job that discourages the younger generation to choose them as career options.
Dylan believes that if robots take over some of the mundane and tedious tasks, it may generate interest among youngsters and encourage them to opt for such roles.
Zainal Supari feels that it is the mindset that needs to change before anything else. "In the cleaning industry while there can be robots, while there can be a greater automation, with service bias of these services, we need to change their mindset."