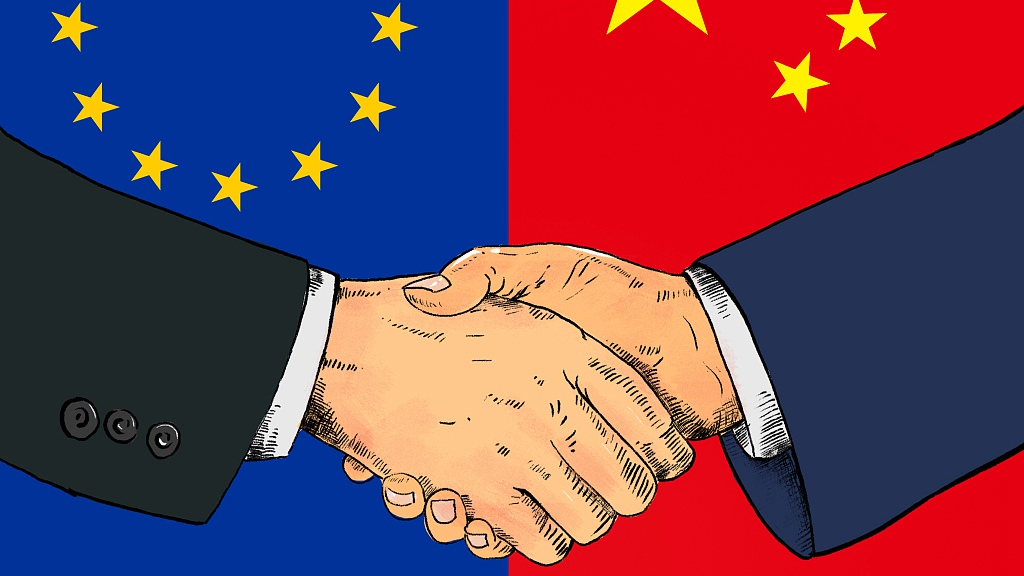 Editor's note: Bobby Naderi is a journalist, a current affairs commentator, a documentary filmmaker and a member of the Writers Guild of Great Britain. The article reflects the author's opinion, and not necessarily the views of CGTN.
On March 19, Chinese State Councilor and Foreign Minister Wang Yi and European Union High Representative for Foreign Affairs and Security Policy Federica Mogherini held a news conference after the 9th meeting of the China-EU High-Level Strategic Dialogue in Brussels.
During the meeting, the two sides highlighted the “strategic partnership” between China and the EU, the importance of support for multilateralism, the United Nations and the World Trade Organization, as well as broader cooperation in tackling global challenges, promoting the 2030 Agenda for Sustainable Development, and fighting terrorism in all shapes and forms.
It goes without saying that to follow through on all these global commitments and as per the 2030 Agenda for Sustainable Development, China and the EU should support international efforts to rebuild postwar Syria. 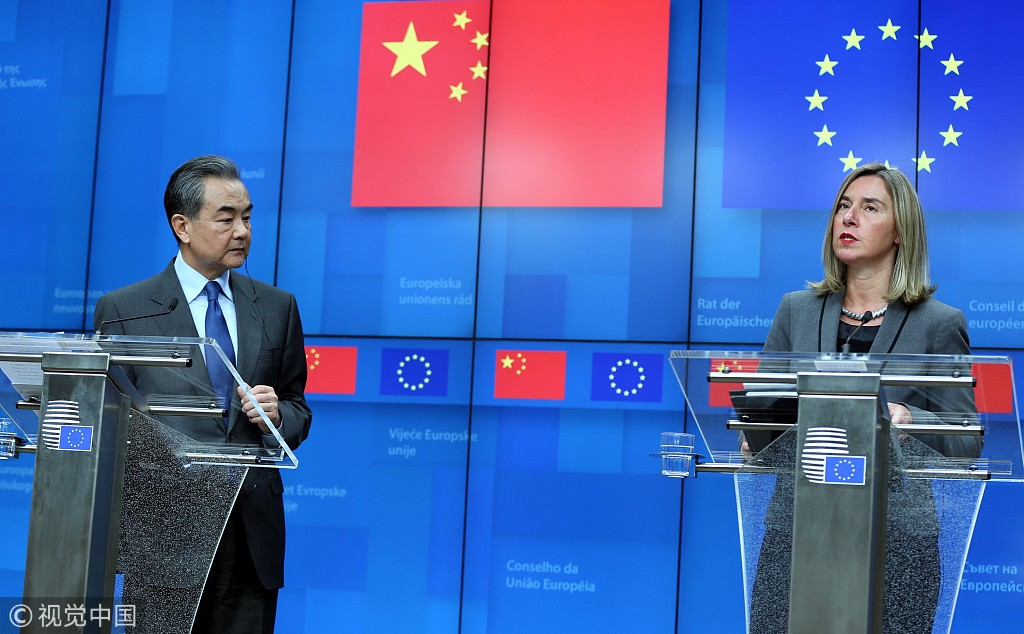 Here, of course, the classic "pottery store rule" doesn't apply to China. It wasn't China's military intervention, “humanitarian” bombs or “democracy” and proxy militant forces that shattered the Arab country and left quite a mess behind – with earth-shattering consequences for everyone.
In addition, it comes as no surprise that those who turned Syria into a physically shattered and broken nation refuse to take responsibility for the tragic consequences. They have nothing of value to say when it comes to Syria's recovery.
Instead, they trash UN institutions and protocols, violate international agreements and treaties, and threaten member states who dare to disagree with them. More so, Syria accuses the United States of “sabotaging relations with the Arab states” that could be key to rebuilding the war-shattered country after eight years of carnage.
It is evident, therefore, that ending the conflict and helping Syria to restore ties with the Arab states, including Saudi Arabia and the United Arab Emirates, is a necessary condition for reducing chaos in the region. No doubt the “strategic partnership” between China and the EU could do well in this respect. They have no intention to foment the Syrian warfare and certainly no globalist policies to bring the Middle East into a state of open warfare with itself and others.
More of the same, postwar Syria needs international trade and business – not the generals with their risky, destructive, unpredictable, infinite endeavors and repetitive failures – to restore its economy and generate revenues to pay back its debts after recovery. 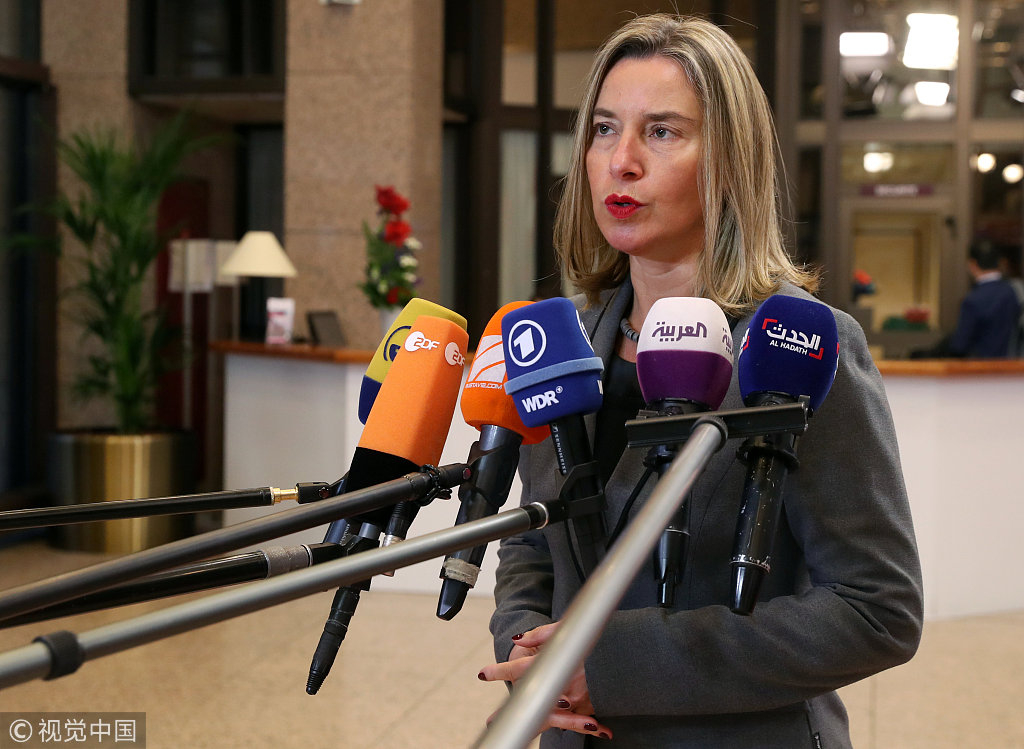 Beyond the tragedy of destruction and despair, Syria is in the midst of a natural gas power play. Iran, Iraq, and Syria are determined to build a pipeline from Iran's South Pars field that it shares with Qatar in the Persian Gulf to export natural gas to the region and Europe that will traverse Iraq and Syria. Iran and Iraq have also signed an agreement to build a railway network linking the Persian Gulf to Syria and the Mediterranean Sea.
That's far from given if Syria is not rebuilt and if China, the EU, and Syria's Arab neighbors are not on board. The key point here is that postwar Syria is important as an energy and trade crossroads, and Iran and Qatar need China, the EU and also Turkey to fulfill their energy strategies out of the Eastern Mediterranean, also known as the “Four Seas Policy,” an energy network linking the Caspian, the Black Sea, the Mediterranean, and the Persian Gulf.
This qualifies more than ever the importance of greater “strategic partnership” between the world's second-biggest economy (China, which has the technology and capital), and the world's largest growth market for gas (the EU, which needs an end to the ruinous conflict to ensure its own security) to push for a political process and facilitate regional-international efforts toward reconstruction, stabilization, and humanitarian assistance.
On balance, according to the United Nations and the World Bank, between 200 to 400 billion U.S. dollars are needed to rebuild Syria. These sums are far beyond the capacity of Syria and its allies Russia and Iran. The burden of reconstruction, therefore, falls to a great part on the United Nations, the World Bank, and other international institutions and actors.
In this case, there should be no right or left, and certainly no middle. China, the EU and the rest of the world community need a pragmatic rebuilding program that seizes every opportunity to build bridges and restore normalcy in Syria. Without one, the eight years of bloodletting, refugee crisis, humanitarian catastrophe, regional instability, and global terrorism threat won't go away. 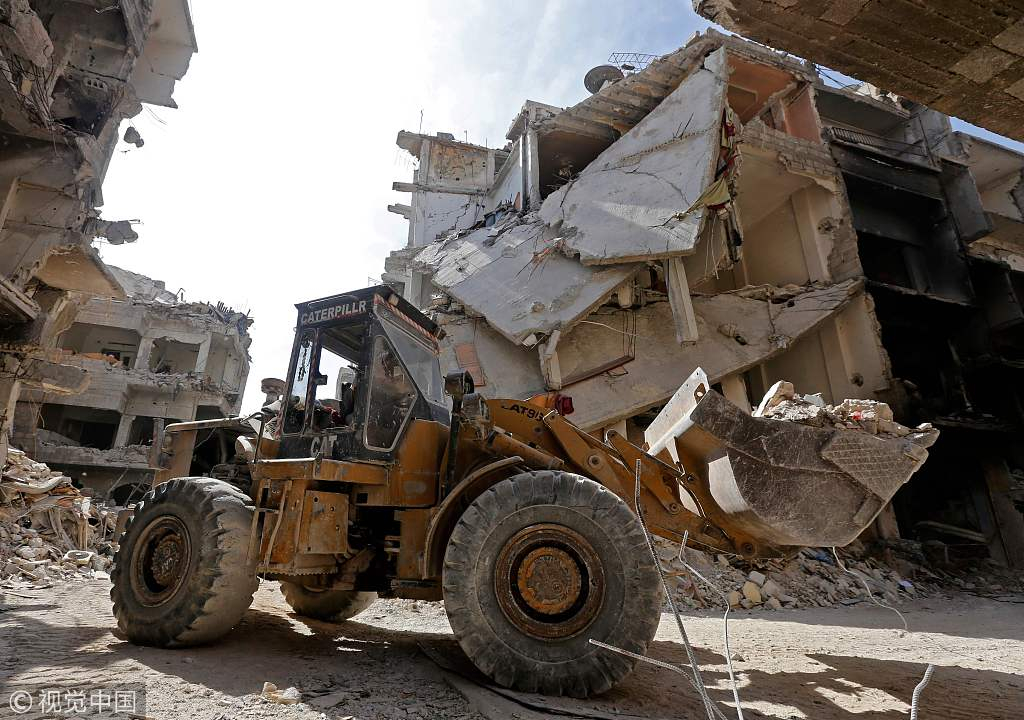 The evidence before our eyes suggests that the March 19 meeting between Chinese Foreign Minister Wang and EU Foreign Policy Chief Mogherini has already provided that much-needed opportunity. This has to be – and should be – the first real fireworks in the celebration of a new Syria-in-the-making, particularly now that Chinese President Xi Jinping is visiting Italy, France and Monaco this week. His historic three-day visit could be a game-changer for broadening the cordial relations between China and the EU in general and supporting intercontinental efforts to rebuild Syria in particular.
As far as the 2030 Agenda for Sustainable Development is concerned, what's not to like at the moment? China and the EU have proven that under their fundamental principles there is a result-oriented alternative to the American unilateralist model of exceptionalism and demoralizing defeats for nations aiming to be successful and part of a multilateral world – at peace with themselves and their neighbors.
To that end, China and the EU should build new alliances under the Belt and Road Initiative; with all those host nations and economies, and all those massive railways, highways, pipelines, ports, and fiber optic networks across huge parts of Eurasia, Middle East, Europe, and Africa.
Under the fundamental norms of international law, international humanitarian law, and the Charter of the United Nations, not only China and the EU, but every responsible member of the international civil society is duty-bound to walk the “strategic” talk in Syria, support the Syrian dialogue, prevent further regional conflict and strife, and help the Belt and Road Initiative to reach all the way to the war-torn country.
It's the only way to remake Syria, to transform lives, and to offer hope for the physically shattered and broken nation in areas of critical importance for humanity and the planet.
As the United Nations, peace activists, international aid agencies, and human rights groups would like to suggest, “the alternative is too awful to contemplate.”
(If you want to contribute and have specific expertise, please contact us at opinions@cgtn.com.)