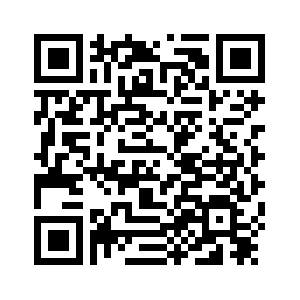 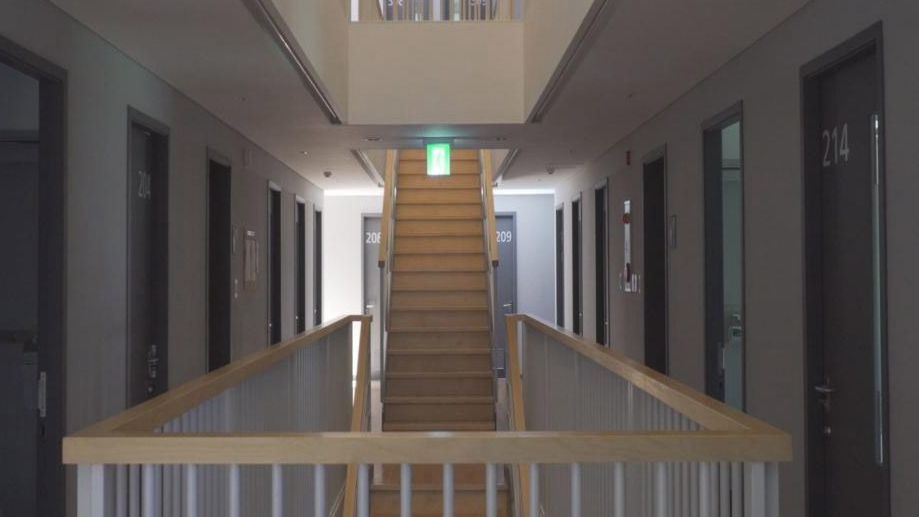 I went to prison, but I wasn't convicted of any crime. Crazy as it sounds, I isolated myself from the outside world voluntarily for 24 hours.
The "Prison Inside Me" facility in Hongcheon, South Korea, is located about a two-hour drive east of the capital Seoul.
Upon arrival, I'm greeted by the co-founder of the facility, Kwon Yong-seok. He is a former prosecutor, who used to work 100-hour weeks.
Kwon tells me that the physical and mental toll he endured at his former job was unbearable. It was so painful he would think to himself how great it would be to be locked away for a week.
That's where the idea sprung up, and in 2008, Kwon and his wife opened the retreat center. Since then, hundreds of people have come to the quiet, serene getaway to find peace and self-reflect. 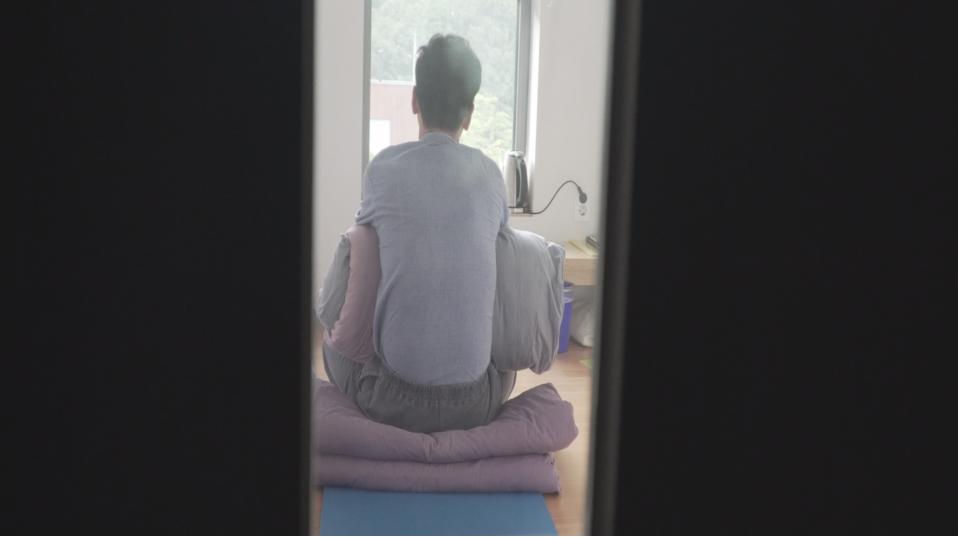 An "inmate" looks out the window of his room at the "Prison Inside Me" facility in Hongcheon, South Korea. /CGTN Photo

An "inmate" looks out the window of his room at the "Prison Inside Me" facility in Hongcheon, South Korea. /CGTN Photo

I'll be spending the weekend with 19 others "inmates."
We are given outfits to change into and an orientation session goes over the rules of the facility. No mobile phones. No books. No human interaction.
After a modest lunch and a stroll around the prison grounds, we make our way into our cells. I've been designated cell number 212.
The first thing I notice when I enter the room is how small it is. At five square-meters, I can touch both walls with my arms spread out.
I scan the room and see a small table with some writing instruments, a kettle and tea set, a yoga mat, a sink tucked in the corner of the room, and a toilet hidden behind a shower curtain. There's also a panic button to call prison staff in case of emergency.
At 2 p.m. the door to my cell is locked from the outside. I stare out the window and see the sprawling mountains and some clouds lining the bright blue sky. I spread out the yoga mat and doze off. 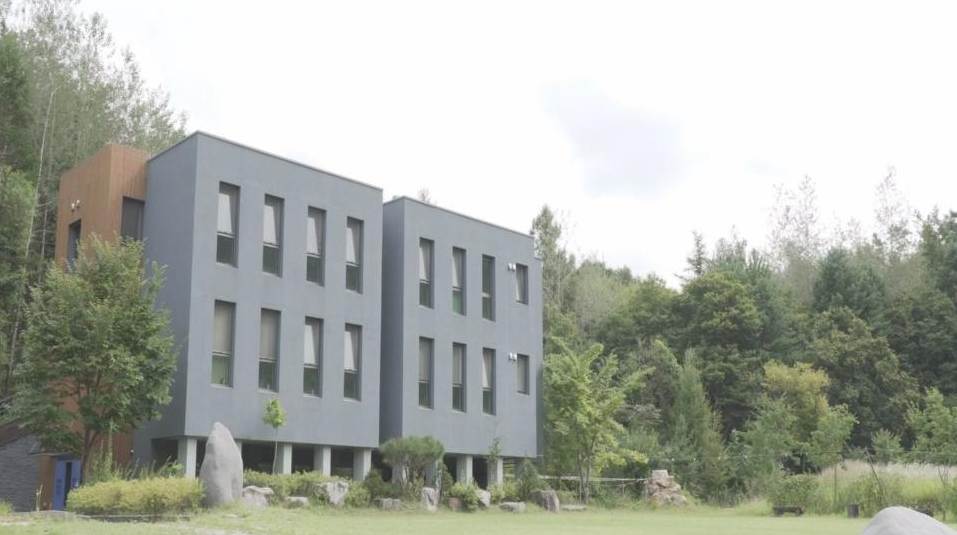 The "Prison Inside Me" complex in Hongcheon, South Korea, can house up to 28 people at one time. /CGTN Photo

The "Prison Inside Me" complex in Hongcheon, South Korea, can house up to 28 people at one time. /CGTN Photo

At 6 p.m., dinner is pushed through a cubby hole in the door. On the menu is a baked sweet potato and some pieces of fruit.
Silence resonates throughout the room. But the millions of thoughts racing through my head are deafening.
That's when I decide to try meditation. Emptying my mind of useless thoughts takes effort and concentration. But after about 30 minutes, I begin accepting my current state. Confined in solitude, there is nothing I can do about what's happening outside my room.
I can't reply to work emails, accept phone calls, or respond to instant messages. I can't see the latest on my social media feeds. I don't know if there's breaking news happening in some place halfway around the world.
Statistics by the Organization for Economic Cooperation and Development shows South Koreans work some of the longest hours. I soon realize why some would go to such extreme measures to escape the stress of work.
When it's time for my release at 10 a.m., the next day, I've had the best sleep I've had in months and I feel an inexplicable inner peace and comfort.
I arrived at the prison with countless worries, but I leave realizing that the real prison lies within me.