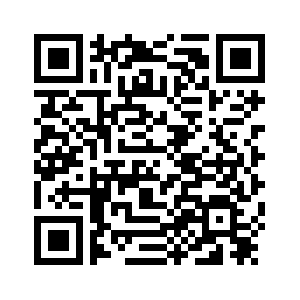 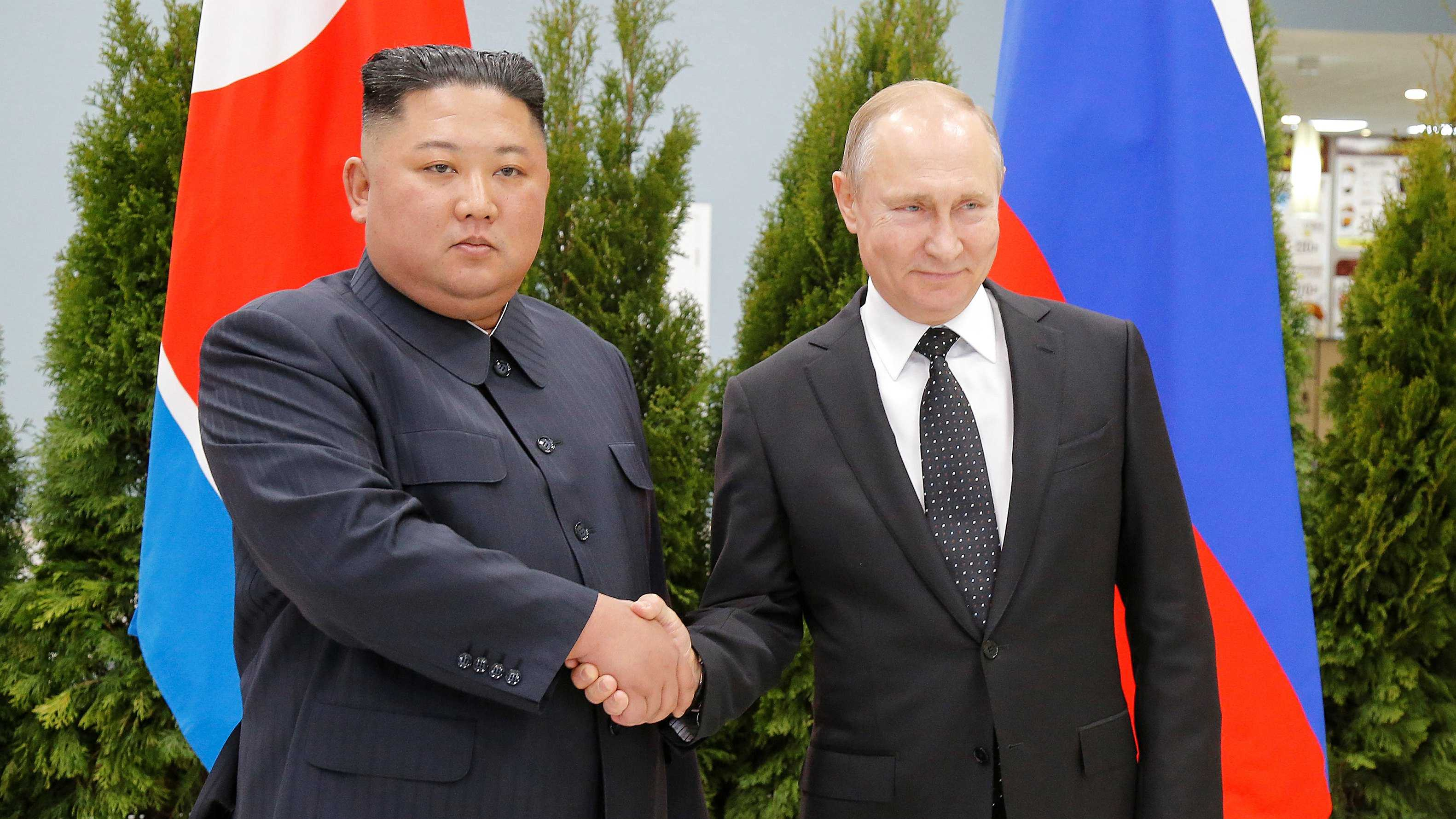 Editor's note: Xu Fangqing is a senior editor at China News Week and an observer of Northeastern Asia and China's neighboring countries. The article reflects the author's opinion, and not necessarily the views of CGTN.
Some critics take Democratic People's Republic of Korea (DPRK) leader Kim Jong Un's debut visit to Russia as a failure because the leader ended his traveling “ahead of schedule” to express his grievance over the “snub” he received in Vladivostok where he met with his Russian counterpart Vladimir Putin.
However, the assumptions for the disrespect sound unreasonable at all for me. The location of the meeting, Vladivostok, a coastal city far away from Moscow, the capital city of the European-based world power, was regarded as one evidence that Russia didn't value this too much. Actually, the speculation is baseless as Kremlin has already stated the arrangement was under the Pyongyang's requirement.
And that clarification makes sense according to the traveling tradition of the Peninsula state. We have got used to the “green train” as “Rail Force One” just like Kim's recent Hanoi Summit with U.S. President Donald Trump. DPRK leader would rather spend over 70 hours on the one-way journey by railway than the 10- hour flight considering the security factor as we all know. In other words, Vladivostok, the nearest big city of Russia in Northeastern Asia from Pyongyang is a better choice than Moscow. And this can facilitate President Putin's visit to Beijing for the second Belt and Road Forum.
As a matter of fact, Vladivostok is not a “low-tier” place to hold such an unofficial summit since the city has welcomed dozens of world leaders and hosted the Eastern Economic Forum for four times.
To say the least, Putin made a “drop-by” and Kim chose a “near city” to meet him, which seems a balanced arrangement and no one would feel disrespected. In essence, the meeting just lives up to the expectations of both sides from my perspective. 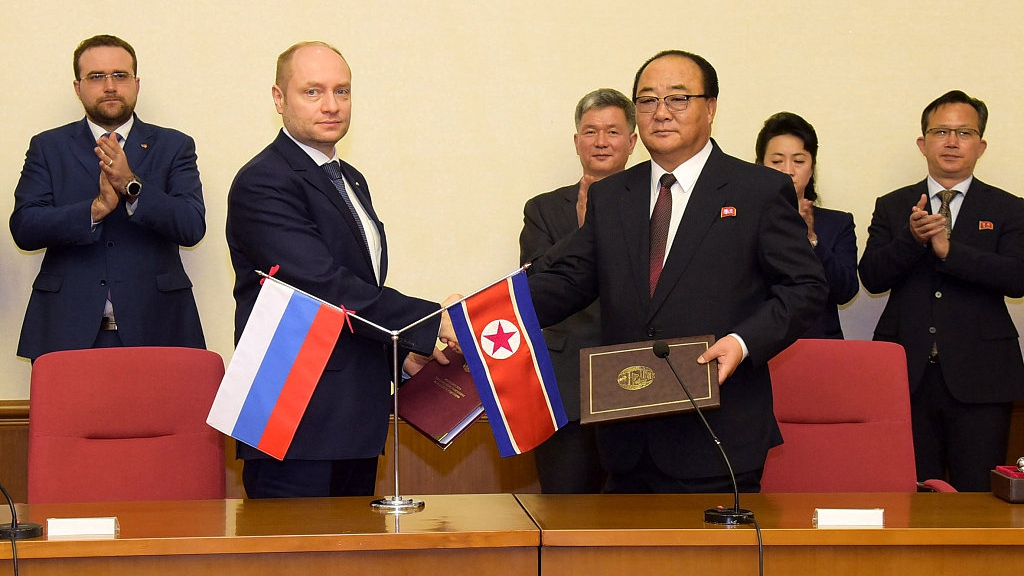 Officials attend the 8th meeting of the DPRK-Russia Intergovernmental Committee for Cooperation in Trade, Economy, Science and Technology at the People's Palace of Culture, Pyongyang, DPRK, March 22, 2018. /VCG Photo

Officials attend the 8th meeting of the DPRK-Russia Intergovernmental Committee for Cooperation in Trade, Economy, Science and Technology at the People's Palace of Culture, Pyongyang, DPRK, March 22, 2018. /VCG Photo

Moreover, it's said DPRK leader left the port city earlier than planned which was taken as evidence that Kim met “cold shoulder” in the Russia city. The truth is neither Russia nor the DPRK had ever released the agenda of Kim during the visit. The so-called “schedule” was just out of presumption based on the strengthening security safeguard or closing-door. It's normal for Kim to skip those visiting places as we have seen that happen during his Vietnam visit. A group of DPRK officials instead of Kim himself went to visit some factories.
Comparing the above rumors which only tabloids concern, we should pay more attention to the assessment of this summit. For some, this meeting is useless since the two leaders did not sign any agreement or joint statement but only expressed their understanding and hopes. It won't break the deadlock over the Peninsula peace progress and won't make any difference to the regional situation.
While for others, it's taken as a huge success because the Kim-Putin summit could pose grave pressure against the U.S. and thus the DPRK and Russia could take advantaged positions during the future negotiations with the U.S.
Obviously, this perspective is too upbeat to assess the influence of this summit. It won't play a decisive role over the Pyongyang-Washington talks not to mention it would turn the table in the regional peace progress. 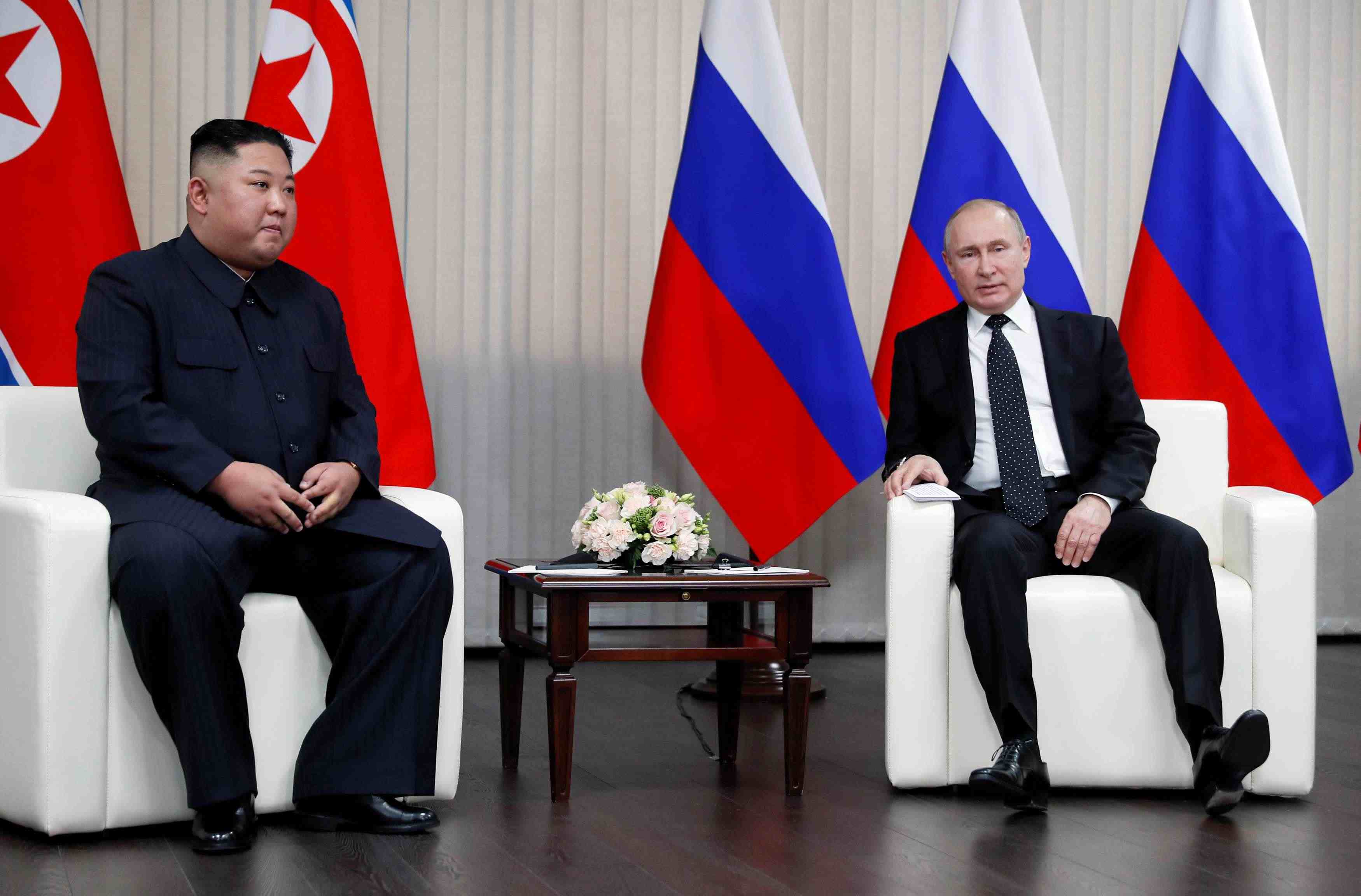 Precisely, it's a win-win meeting for the two leaders as both of them fulfilled their targets respectively as they planned. The tone was set before this summit as the two sides made it clear there would be no agreement or joint statement. Therefore, the meeting itself means the success of this summit. Kim and Putin would not expect more than that which could also explain the location and the timing of the face-to-face talks.
It's hard to say this meeting is a great success or a failure but it's satisfactory for the two participants. In other words, the two leaders have “great chemistry" as they could cover their counterpart and get what they want from the other.
For Kim, he could show people of the DPRK that they have another big supporter apart from China and thus invigorate their morale when facing some demands of the U.S.
In the eyes of President Putin, the talks declared to the international community that Russia is an inevitable player over the Korean nuclear issue and the regional peace cause.
The tacit understanding between the DPRK and Russia indicates the summit lives up to their expectations and the Kim-Putin summit, the first such meeting since 2011, could play a positive impact over the final settlement of the nuclear issue in the region.
Fundamentally, the U.S. and DPRK are two key players but the participation of multilateral forces including Russia will contribute to safeguarding the fulfillment of the peace solution in the Peninsula region.
(If you want to contribute and have specific expertise, please contact us at opinions@cgtn.com.)