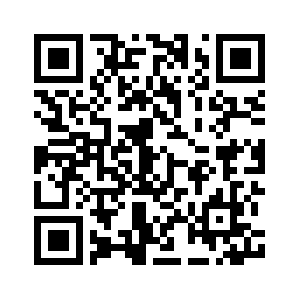 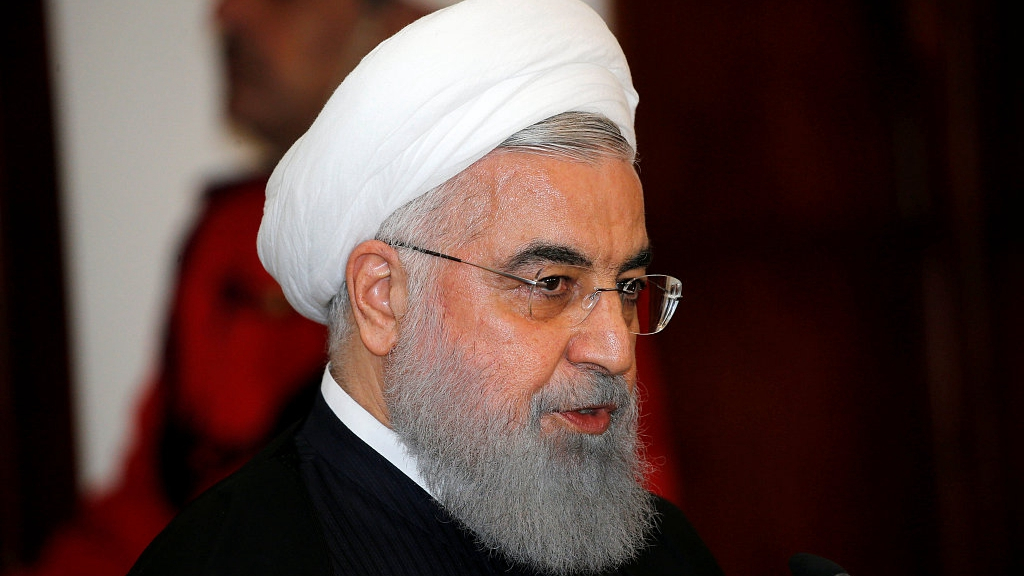 China called on all relevant parties to exercise restraint after Iran decided to suspend some of its commitments under its 2015 nuclear deal on Wednesday, the Chinese foreign ministry said.
Maintaining and implementing a comprehensive agreement is the shared responsibility of all parties, said Spokesperson Geng Shuang for the ministry.
"We call on all relevant parties to exercise restraint, strengthen dialogue and avoid escalating tensions," Geng told reporters.
The Chinese side will maintain communication with all relevant parties, continue to make efforts to maintain and implement comprehensive agreements, and will also firmly safeguard the legitimate rights and interests of domestic enterprises, Geng added.
On Wednesday, Iran said it decided to suspend some of its commitments under a landmark 2015 nuclear deal with major powers abandoned by Washington last year.
President Hassan Rouhani informed other major powers still committed to the deal of the decision, without specifying which commitments Iran would stop implementing.
"The decision of the high security council to 'stop acting on some of the Islamic Republic of Iran's commitments under the (nuclear deal)' was communicated to the heads of state of the countries" still party to the deal – Britain, China, France, Germany and Russia, the ministry said.
Deputy Foreign Minister Seyed Abbas Araghchi had handed the decision to the ambassadors of Britain, China, France, Germany and Russia in a meeting, according to the country's foreign ministry. 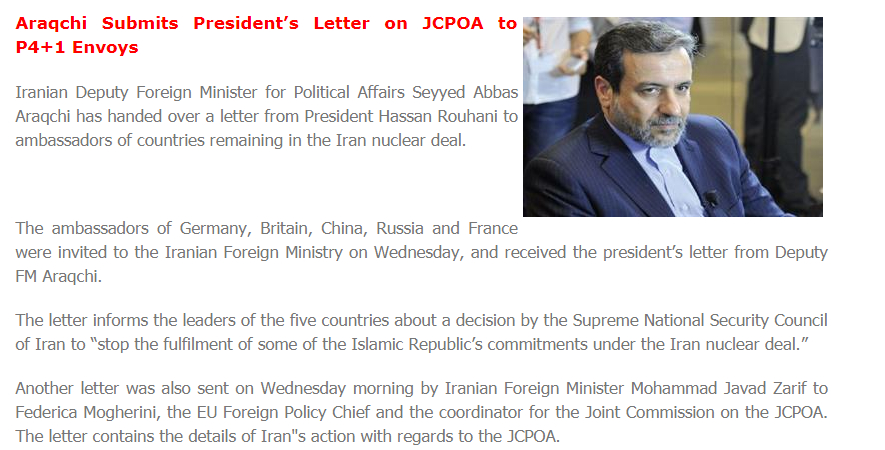 The announcement followed a surprise visit to Iraq by U.S. Secretary of State Mike Pompeo, where he accused Iran of planning "imminent" attacks.
Read more:
Iran's Zarif says Tehran not pulling out of nuclear deal
Pompeo briefs Iraqi leaders on U.S. security concerns over Iran
Pompeo abruptly cancelled talks in Germany and made a lengthy detour from a European tour to spend four hours in Iraq, where he met both President Barham Salih and Prime Minister Adil Abdul-Mahdi.
"We talked to them about the importance of Iraq ensuring that it's able to adequately protect Americans in their country," Pompeo told reporters after the meetings. 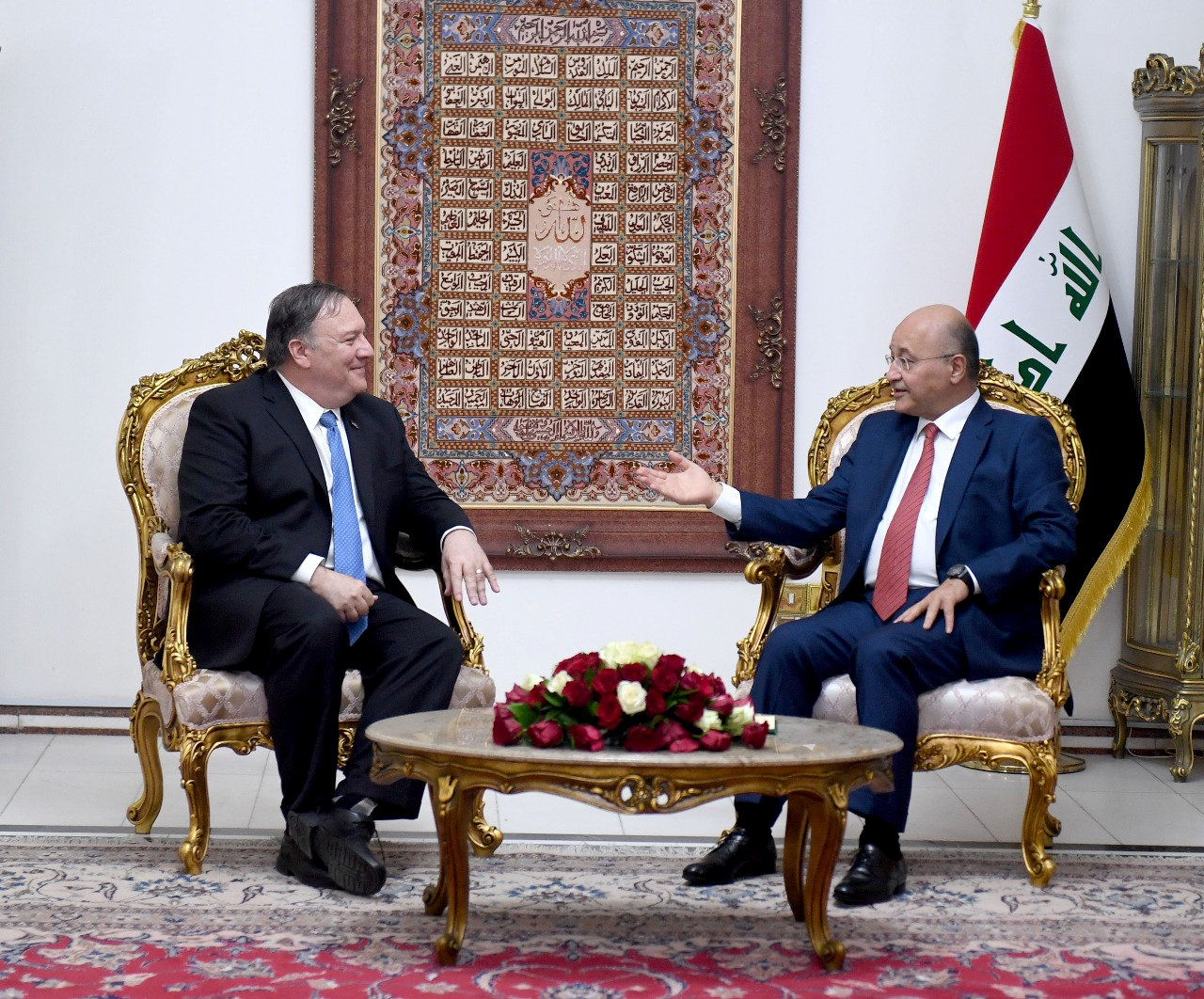 "They both provided assurances that they understood that was their responsibility," he said.
In the latest U.S. move, the Pentagon said it was sending several massive, nuclear-capable B-52 bombers to the region.
The deployment was in response to "recent and clear indications that Iranian and Iranian proxy forces were making preparations to possibly attack U.S. forces," the Pentagon said.
On Sunday, Washington announced it was dispatching an aircraft carrier strike group to the Middle East as national security adviser John Bolton warned Iran that Washington would respond with "unrelenting force" to any attack by Tehran or by its regional allies.
Iranian media has suggested that Iran's President Hassan Rouhani will announce retaliatory measures today to mark the anniversary of President Trump's pullout from a 2015 international nuclear accord.

Iran will no longer respect limits it agreed on its enriched uranium and heavy water stocks under a 2015 nuclear deal with major powers, officials said on Wednesday.
Iran's Supreme National Security Council said the measure was necessary to "secure its rights and bring back balance" after Washington's abandonment of the agreement exactly one year ago on May 8, 2018. 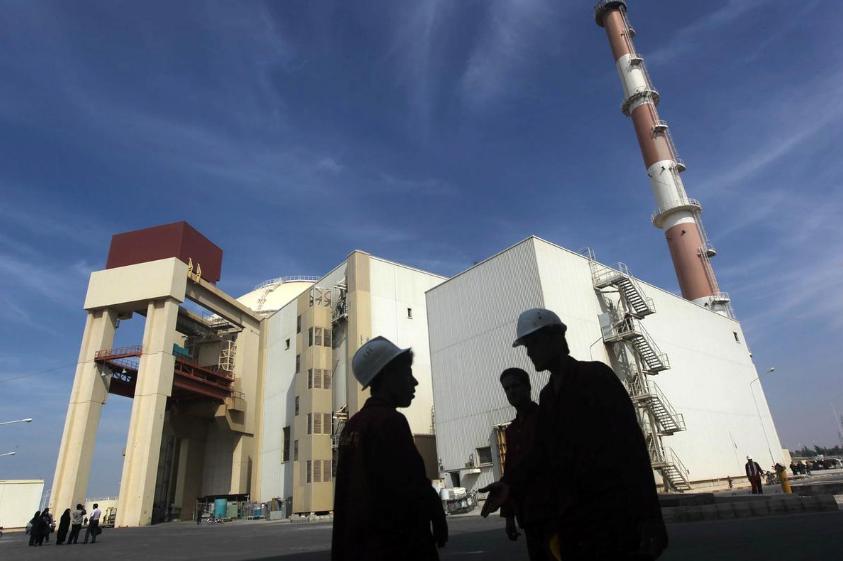 "The Islamic Republic of Iran does not at the current stage consider itself committed to observing restrictions regarding storing enriched uranium stocks and heavy water stocks," the council said.
"The remaining parties to the (deal) are given 60 days to implement their commitments, in particular in the fields of banking and oil," it added. It was referring to the commitment made by Britain, China, France, Germany and Russia to lift sanctions on Iran in return for it curbing its nuclear activities.
(With inputs from AFP)