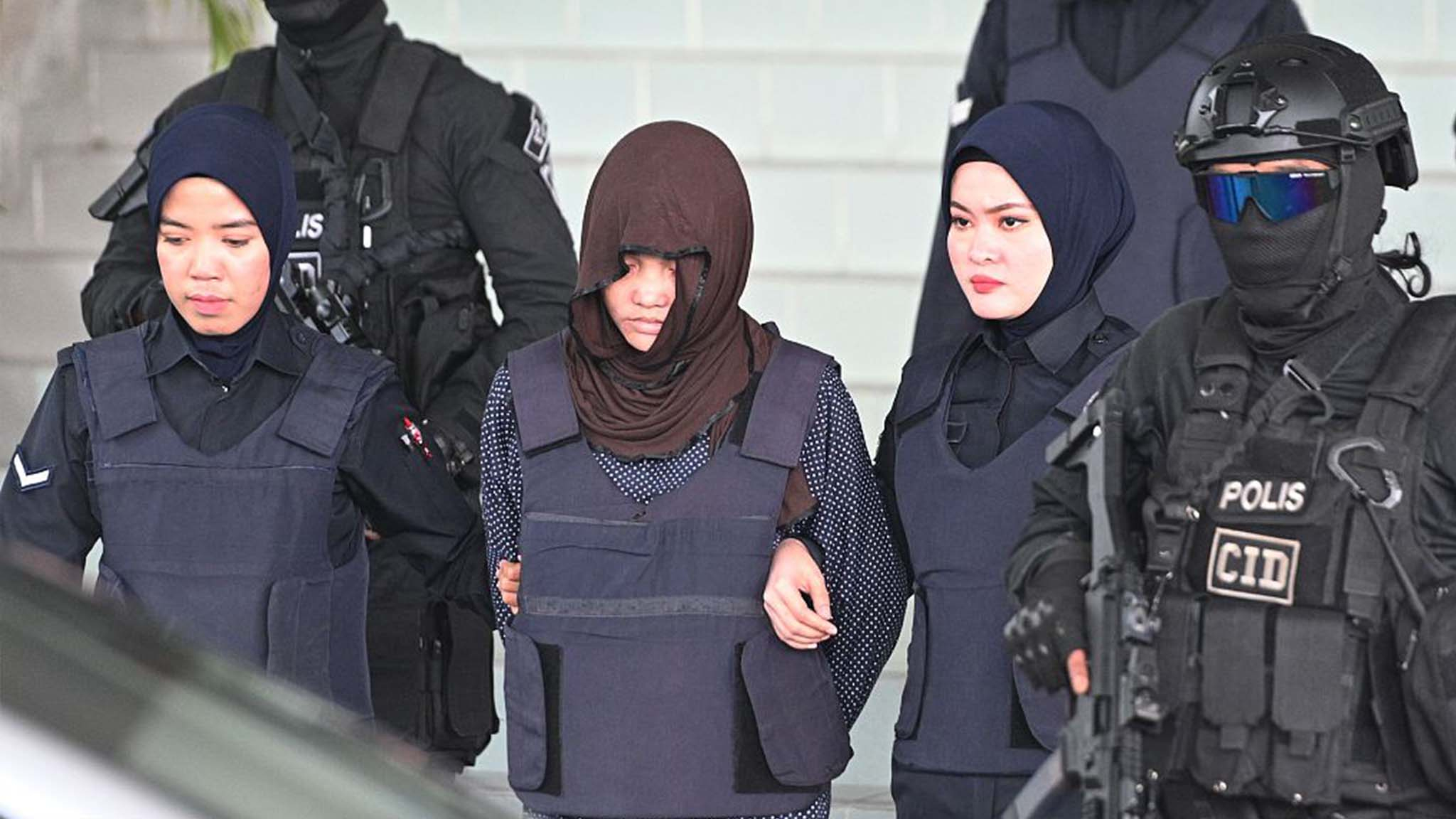 A Vietnamese woman suspected of assassinating a man from the Democratic People's Republic of Korea (DPRK) lost her bid for immediate release Thursday as Malaysian authorities refused to drop a murder charge, days after her Indonesian co-accused was freed.
Vietnamese Doan Thi Huong, 30, and Indonesian Siti Aisyah, 27, were accused in the sensational murder at the Kuala Lumpur International Airport in February 2017 that shocked the world.
Doan broke down in tears as a prosecutor announced the attorney-general had rejected a request to free her and her trial would continue. She has been on trial for a year and a half over the assassination.
On Monday a murder charge was unexpectedly withdrawn against the Indonesian woman, sparking calls from Vietnam for Doan to be freed and prompting her lawyers to apply for her release. 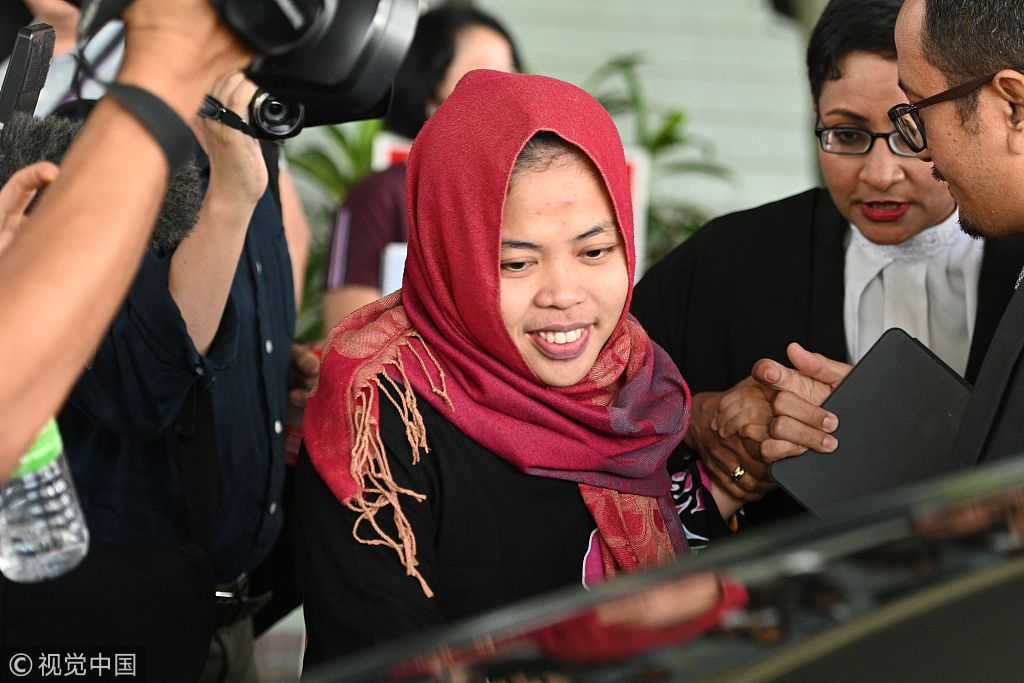 The Vietnamese defendant, who had to be helped out of court by two police officers following the shock announcement, tearfully told reporters: "I am depressed. I am innocent... I want my family to pray for me.”
Doan's lawyer said he would make a second bid to get the charge against her dropped, and criticized the failure to free her following the release of the Indonesian.
"She is a scapegoat, her case is completely the same as Siti Aisyah, no differences," said Hisyam Teh Poh Teik.
The pair had always denied murder, saying they were doing video pranks for a reality TV show.

The prosecutor did not give any reason why charges were not being dropped for Doan, who is now the sole defendant on trial for the murder and could face death by hanging if convicted.
Indonesia had mounted a sustained diplomatic offensive to free Aisyah, while Vietnam had only stepped up pressure since the Indonesian woman's release this week.
During the trial, the court saw airport surveillance footage showing Doan approaching the victim, placing her hands on his face and then running away. Aisyah was seen as a blurred figure fleeing the scene of the crime. 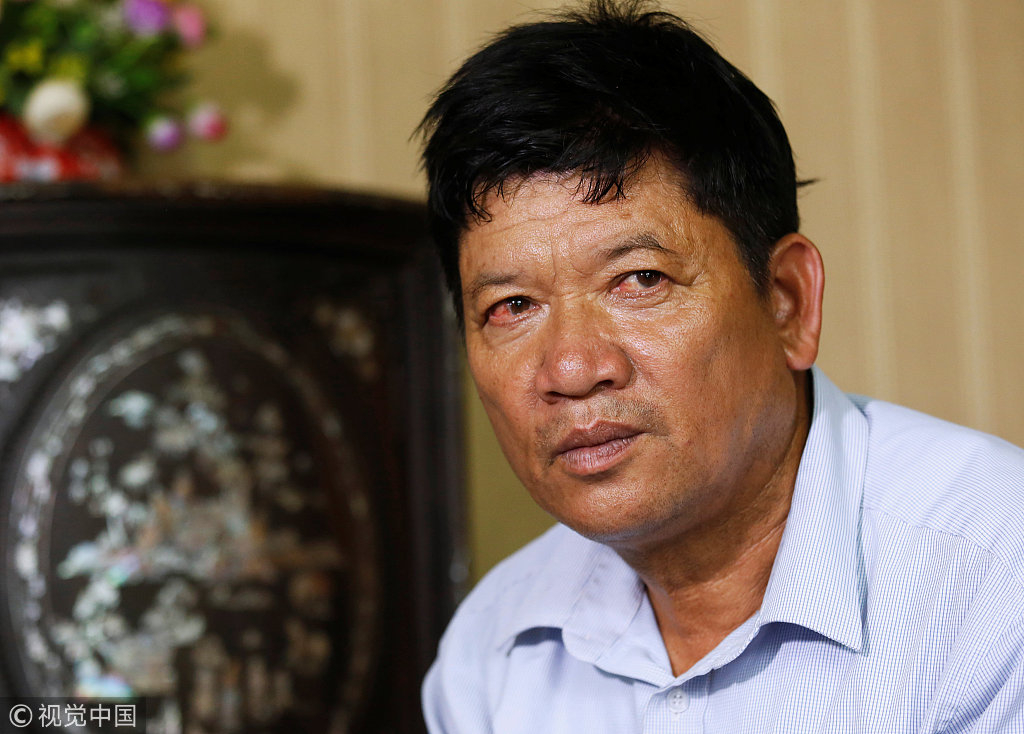 The trial began in October 2017 but there had been no hearings since August last year when the prosecution finished presenting its case.
Proceedings were scheduled to resume Monday with Doan testifying, but the unexpected release of Aisyah led to the trial being adjourned so the Vietnamese suspect could also seek her freedom.
But on Thursday, lead prosecutor Muhammad Iskandar Ahmad told the High Court in Shah Alam, outside Kuala Lumpur, that the attorney-general had ordered the case against Doan to proceed.
As Doan broke down in the dock, the judge said she was not in a fit state to testify and ordered that the trial be adjourned until April 1.
A murder conviction carries a mandatory penalty of death by hanging in Malaysia. The government vowed last year to scrap capital punishment but has indicated this week it would backtrack.
(With input from AFP)
(Cover: Vietnamese national Doan Thi Huong (C) is escorted by Malaysian police after a hearing at the Shah Alam High Court, outside Kuala Lumpur on March 11, 2019. /VCG Photo)