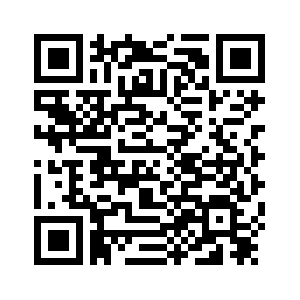 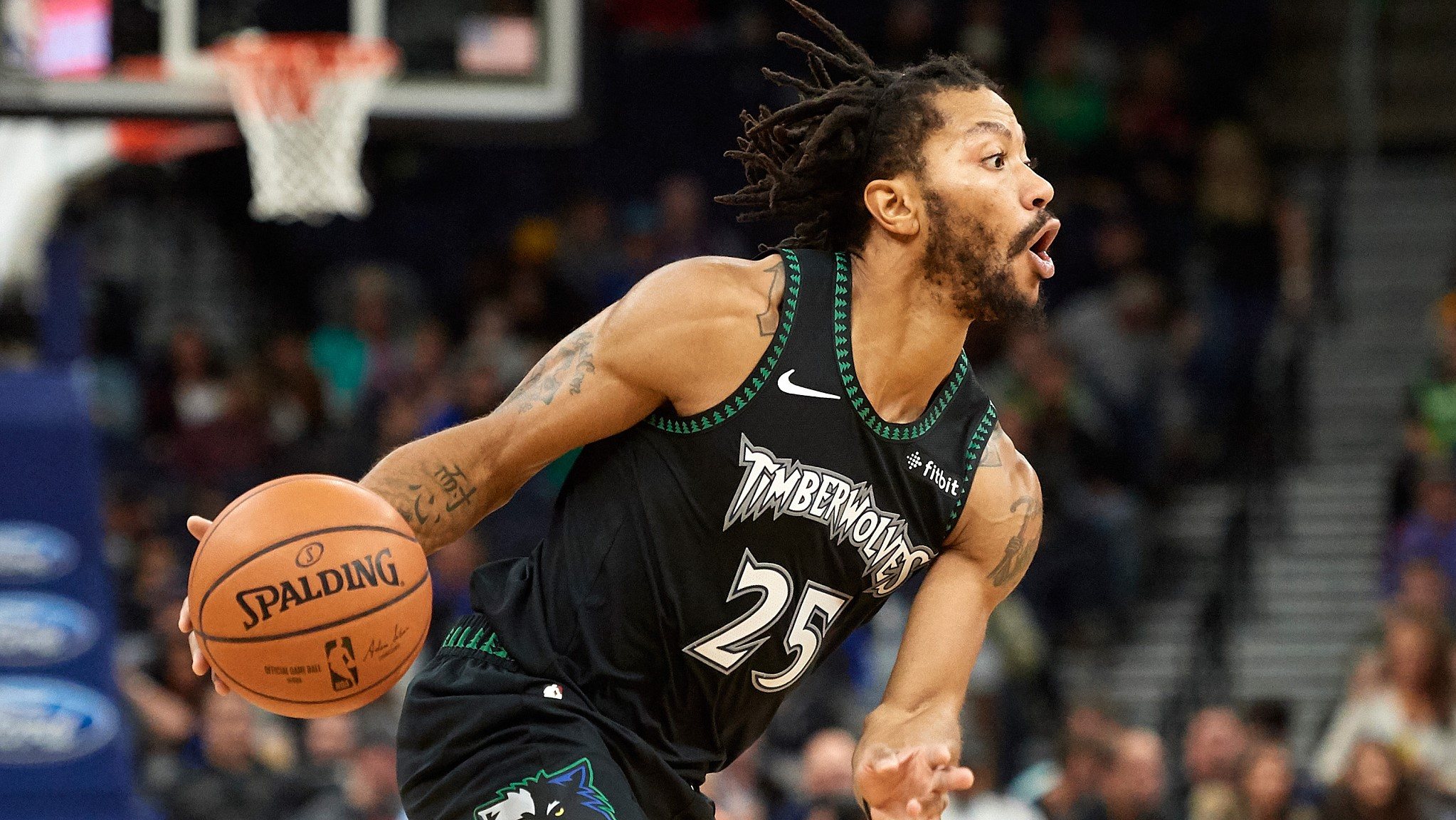 Minnesota's Derrick Rose had the best night of his career on Wednesday, lighting up the scoreboard for a career-high 50 points as the Timberwolves defeated the Utah Jazz 128-125 at the Target Center. 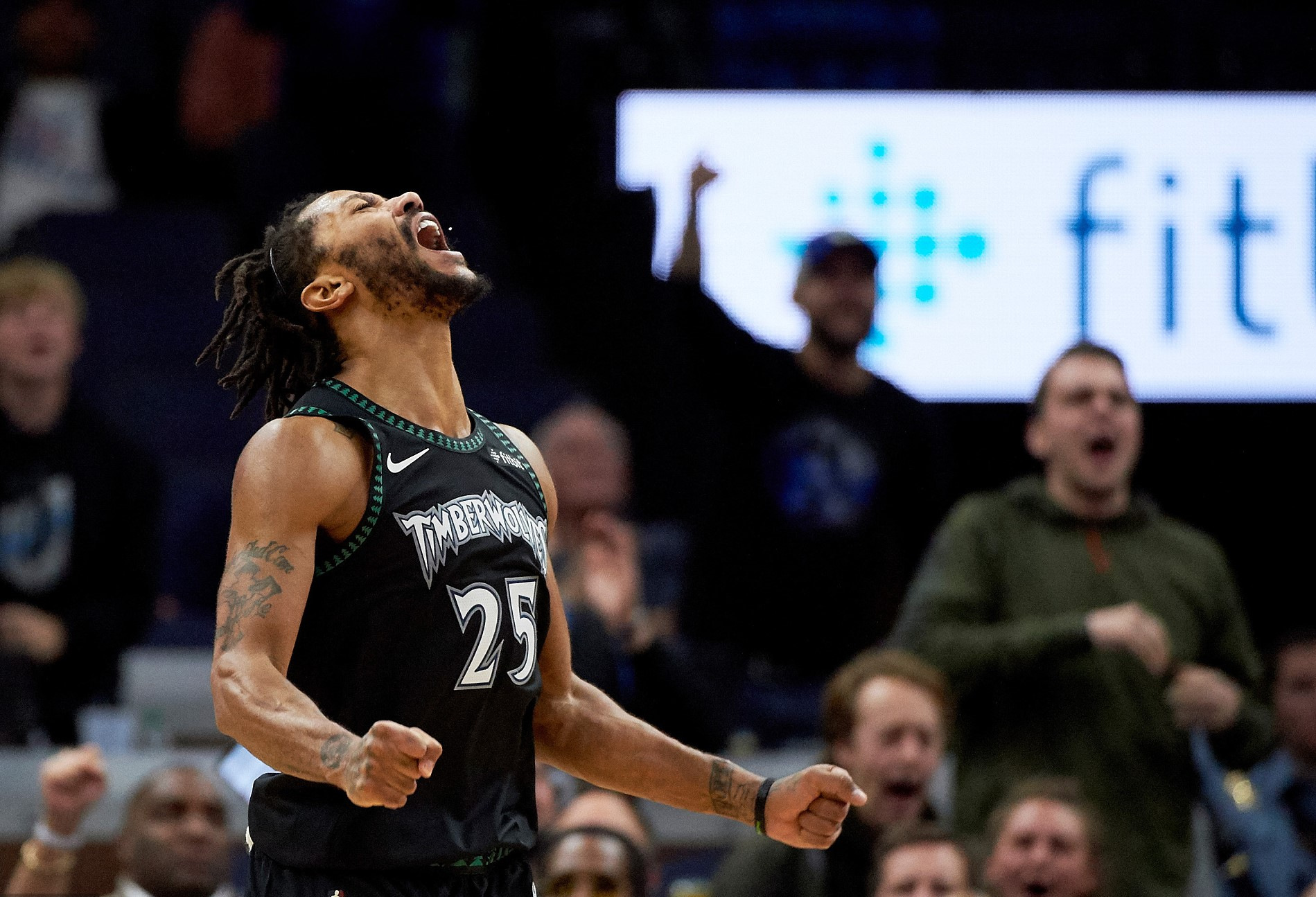 The Timberwolves deserved the victory as five of their players scored double digits, including 28 points, 16 rebounds, four assists, two steals and two blocks for their promising center Karl-Anthony Towns. The Jazz played equally well as Rudy Gobert put down 22 points, 13 rebounds, three assists and three blocks while his teammate, second-year player Donovan Mitchell, scored 26 points. However, this game was all about Rose.
Having replaced Jeff Teague in the first team, Rose went on fire from the beginning by scoring 13 points in the first quarter to help the Timberwolves lead 32-25. As Utah launched a counter-strike in the second half, Rose again defended his team's lead with another 19 points in the third quarter. 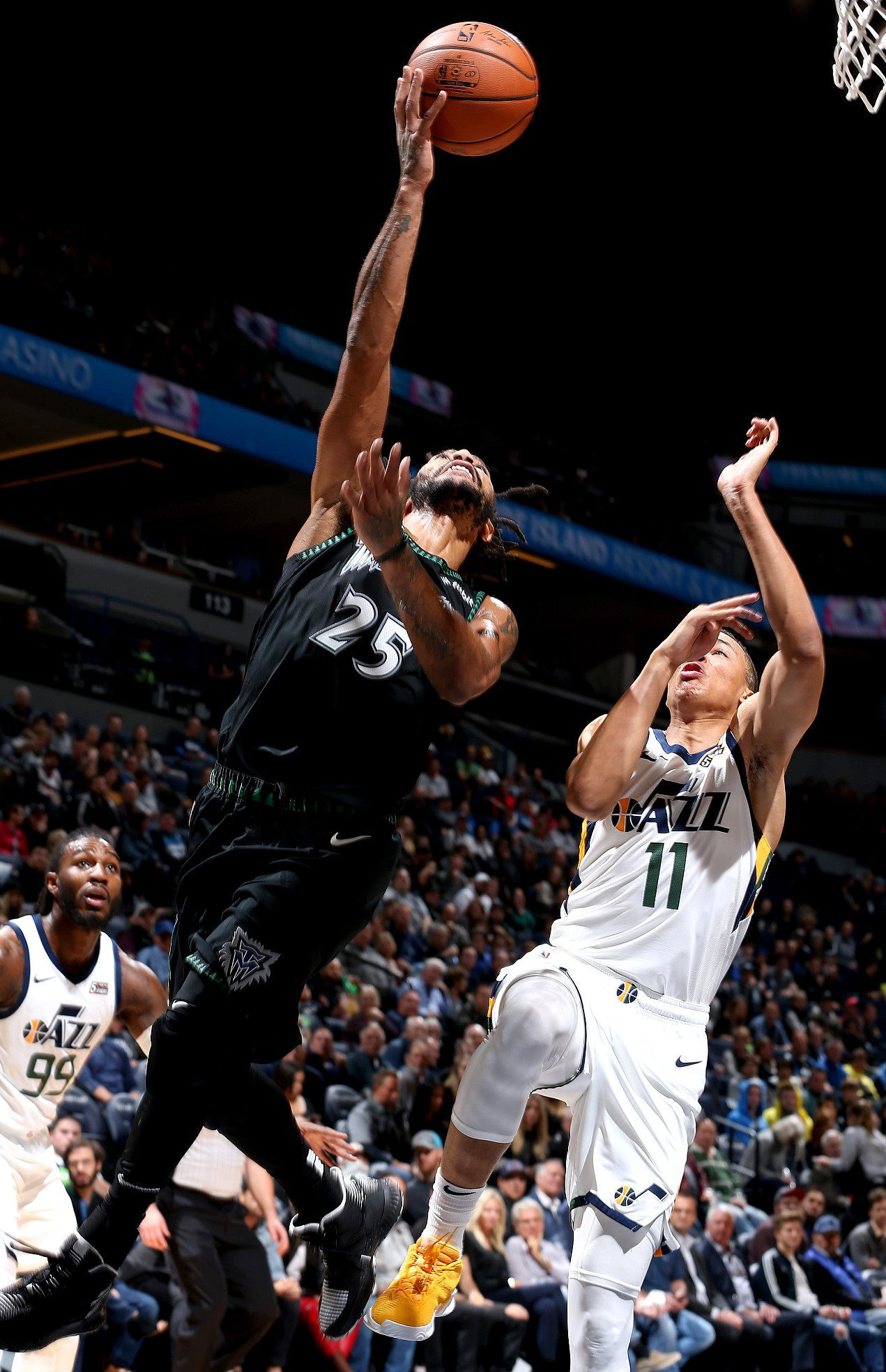 As the game went into the last five minutes, Dante Exum made two free throws as the Jazz led 119-116. Then Rose, who had already scored 41 points, put in a three-pointer to not only tie the score, but also surpass his career-high in scoring (42 points) for a single game. In the last minute, Rose added another four points as he attacked the rim twice before making his last two free throws to seal the victory for the Timberwolves.
Tears dropped from Rose's cheeks after scoring the 50th point. As the referee announced the end of the game, the 30-year-old point guard wrapped his face in a towel while everyone in the stadium cheered for him, just like they did back in 2011, the year he became the youngest MVP in NBA history. 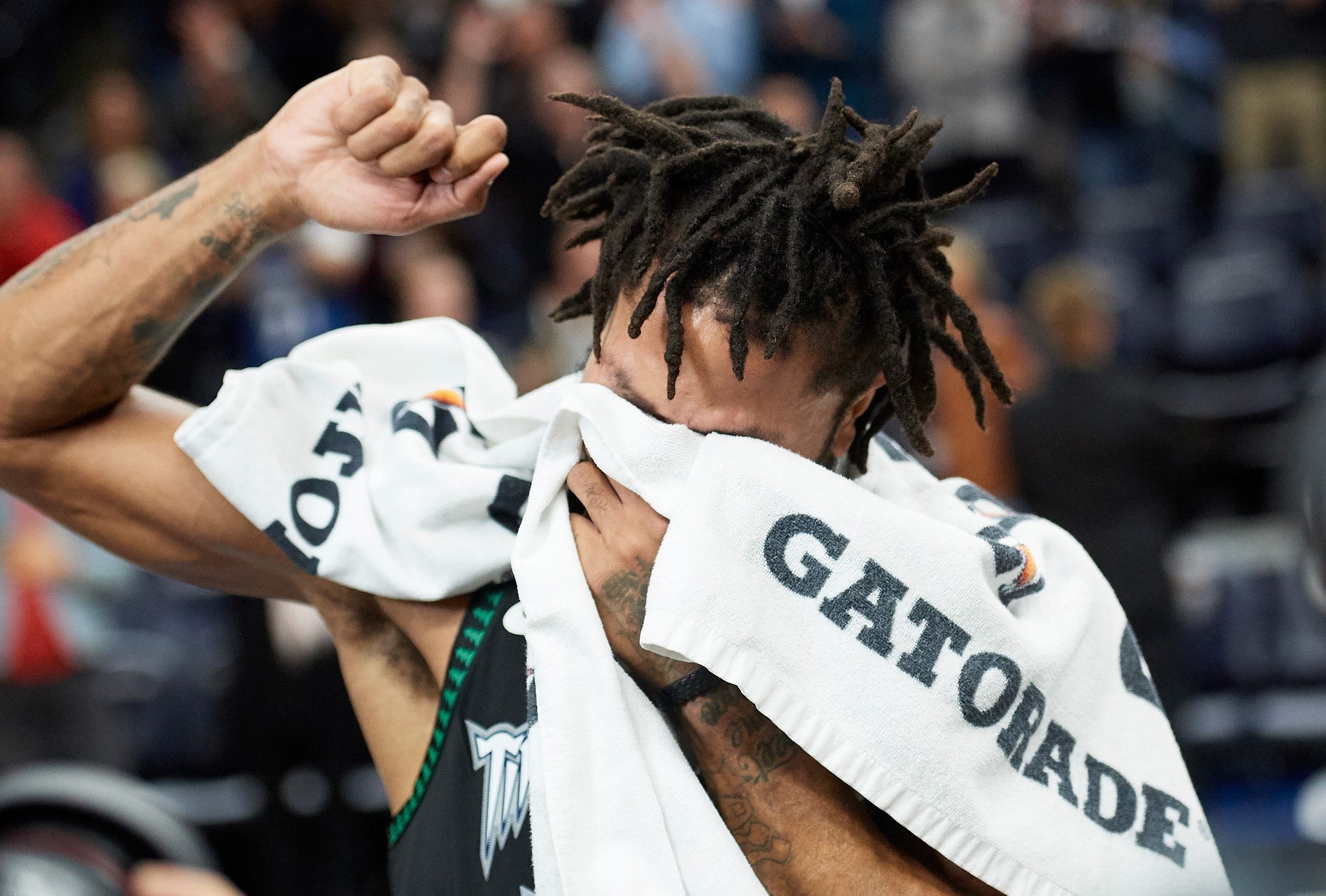 Rose wipes his tears with a towel after the game. /VCG Photo

Rose wipes his tears with a towel after the game. /VCG Photo

In his postgame interview, Rose still could not hold back his tears: "I worked my a** off. I did this for the franchise, the fans, the organization. I'm doing everything just to win, and tonight was a hell of a night." When asked what the performance meant for him, Rose used the word "everything."
Having become the season's fourth player to score 50+ points after Blake Griffin, Stephen Curry and Klay Thompson, Rose, unlike the other three, receives a salary of 2.4 million US dollars, which would have been unimaginable seven years ago when he accepted the MVP trophy from Commissioner David Stern. 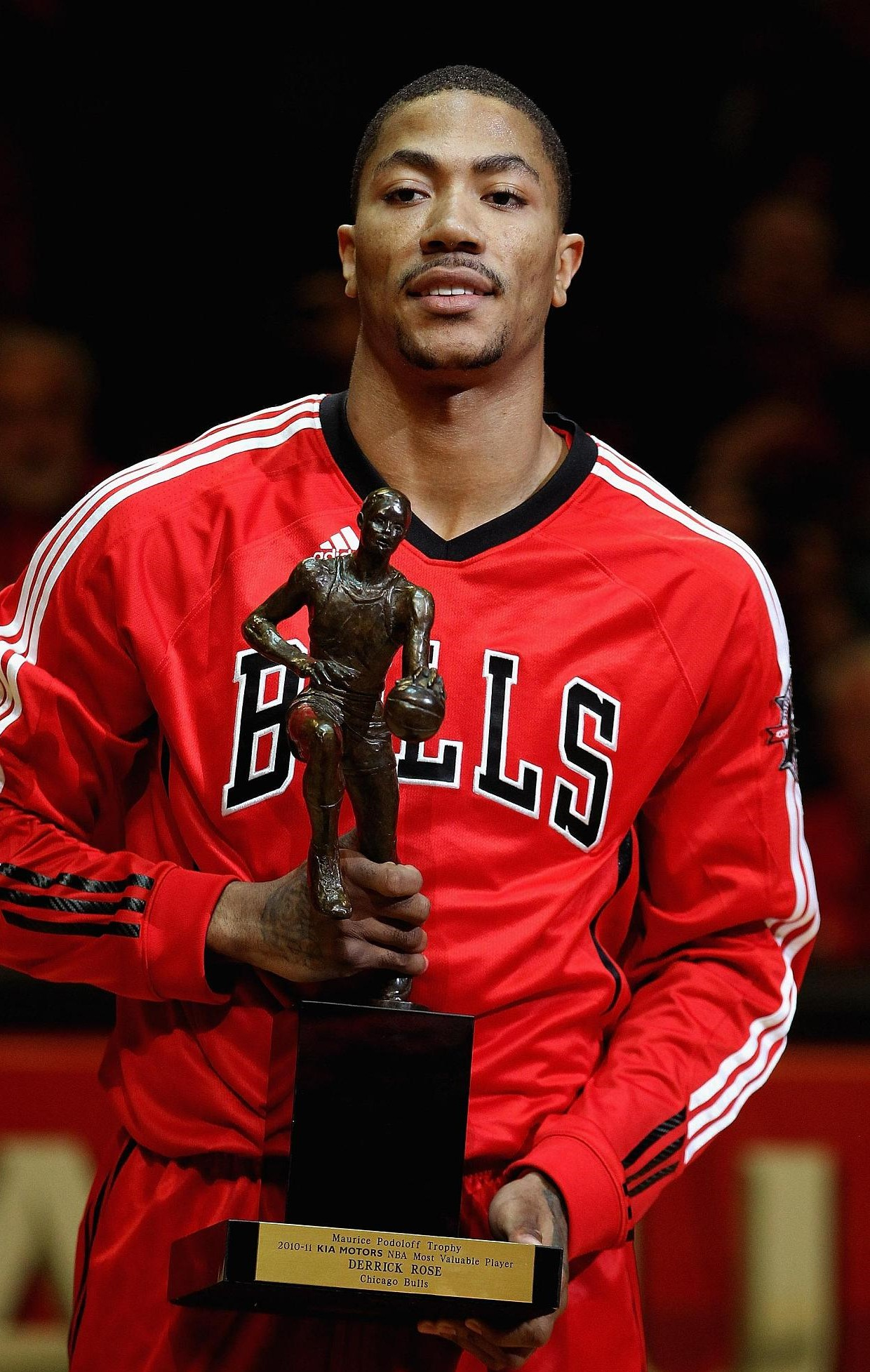 Multiple players showed their excitement after Rose's big night. Dwyane Wade wrote on Twitter: "Every Basketball fan in the world should feel good for DRose. Tonite [sic] was an example of never giving up on yourself and when others believe in you. Amazing things can happen. I'm smiling like i [I] scored 50! Congrts [sic] to a good dude!"
"D-Rose!!! Incredible. He's overcome so much. I couldn't be happier to see him ballin [balling]," tweeted Scottie Pippen. Vince Carter posted: "That's unbelievable D-Rose 50, wow keep ballin'..." Kyle Lowry wrote: "D rose!!! One of the greatest dudes out there!! He deserves all the praise he's getting right now!! Congrats homie!!" 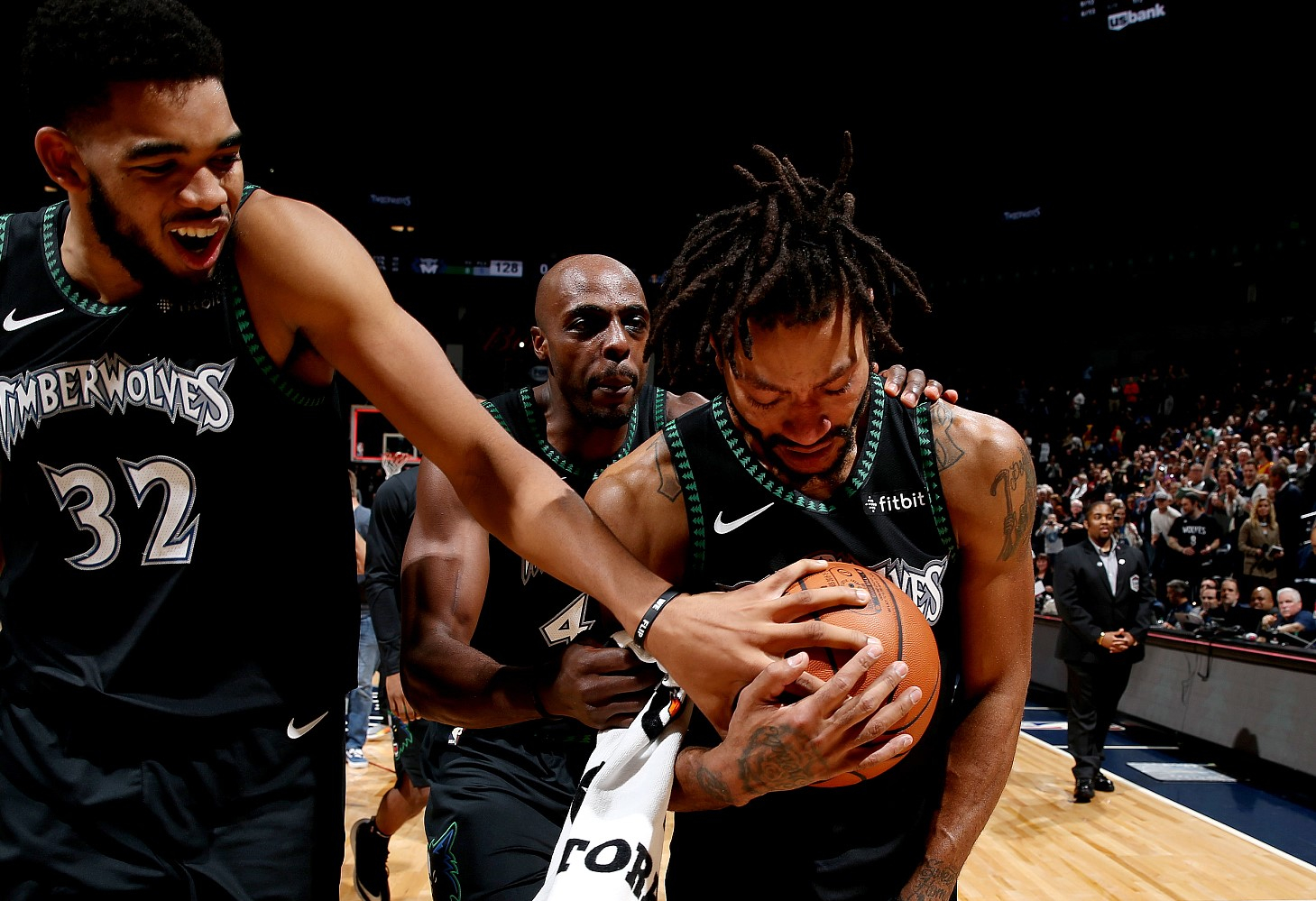 Tom Thibodeau, current Minnesota head coach and coach of the Chicago Bulls when Rose was with the franchise, said: "He has courage, he has humility and he has character. He's been through a lot of adversity. He's maybe one of the most mentally tough people I've ever come across."
Rose's performance also won praise from his opponents. "He was feeling great, and when you start feeling great, you get some extra energy, you get some extra adrenaline and you make amazing plays. And that's what he did the whole game," said Utah center Rudy Gobert. 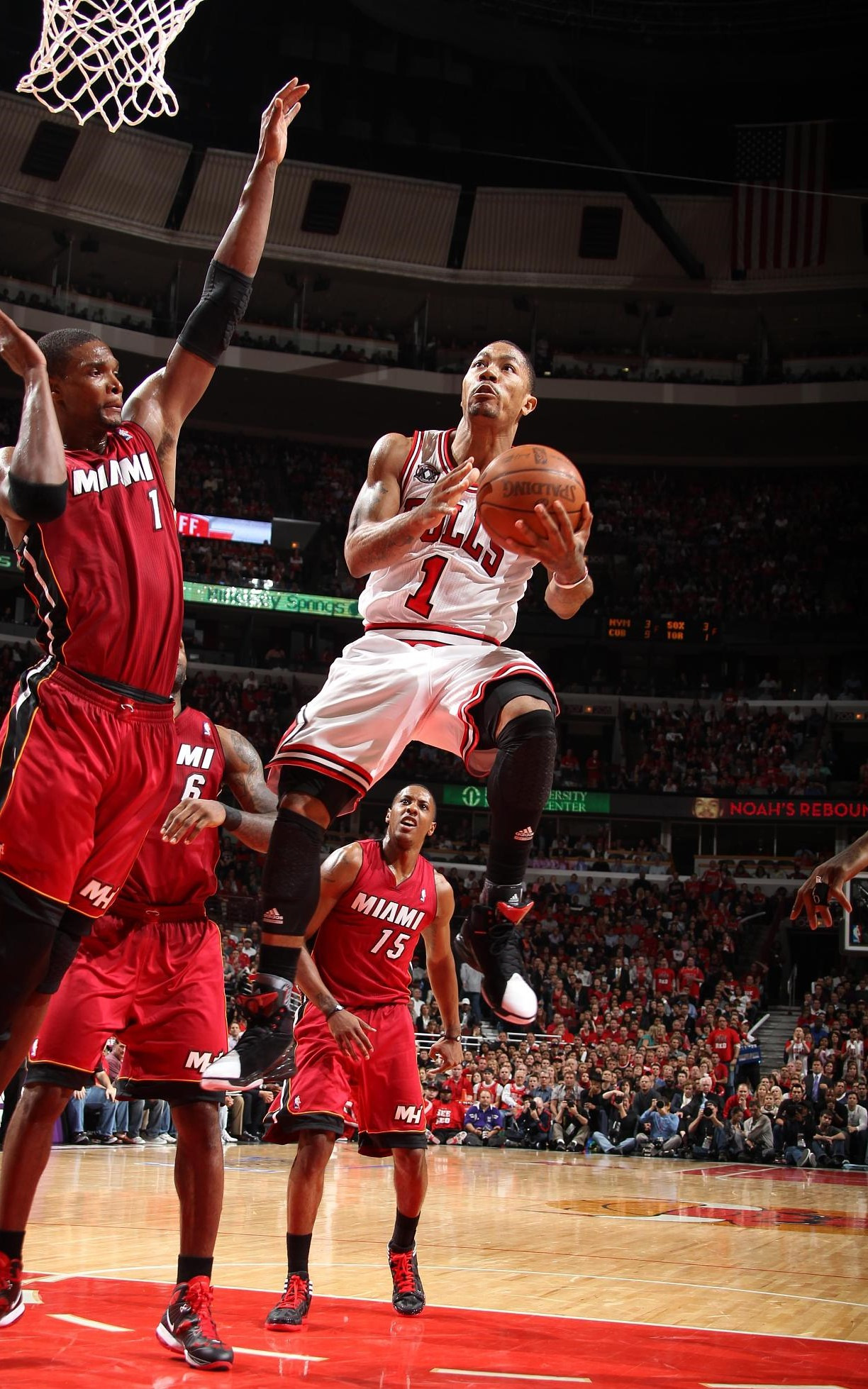 Rose (#1) drives against Miami's Chris Bosh in 2011, his best year with the Chicago Bulls. /VCG Photo

Rose (#1) drives against Miami's Chris Bosh in 2011, his best year with the Chicago Bulls. /VCG Photo

Seven years ago, no one would have been surprised by Rose's performance Wednesday night. He became the youngest MVP in NBA history at the age of 23 as a third-year point guard, which is rare, considering ball handlers usually take a little longer to reach MVP level. Magic Johnson received his first MVP award after eight seasons. LeBron James and Stephen Curry both waited six seasons for their first MVP awards.
Rose's fate took a big turn in 2012, when knee injuries first began to slow his career growth. He would be plagued by injuries over the next few years, leading him to end multiple seasons early. From a man expected to dominate the NBA to an unfortunate genius, and then to a player that almost no team wanted, Rose experienced how ironic and malicious life could be but he did not give up. "It still didn't even hit me yet. Words can't explain how I feel right now. It's been a while," Rose said. 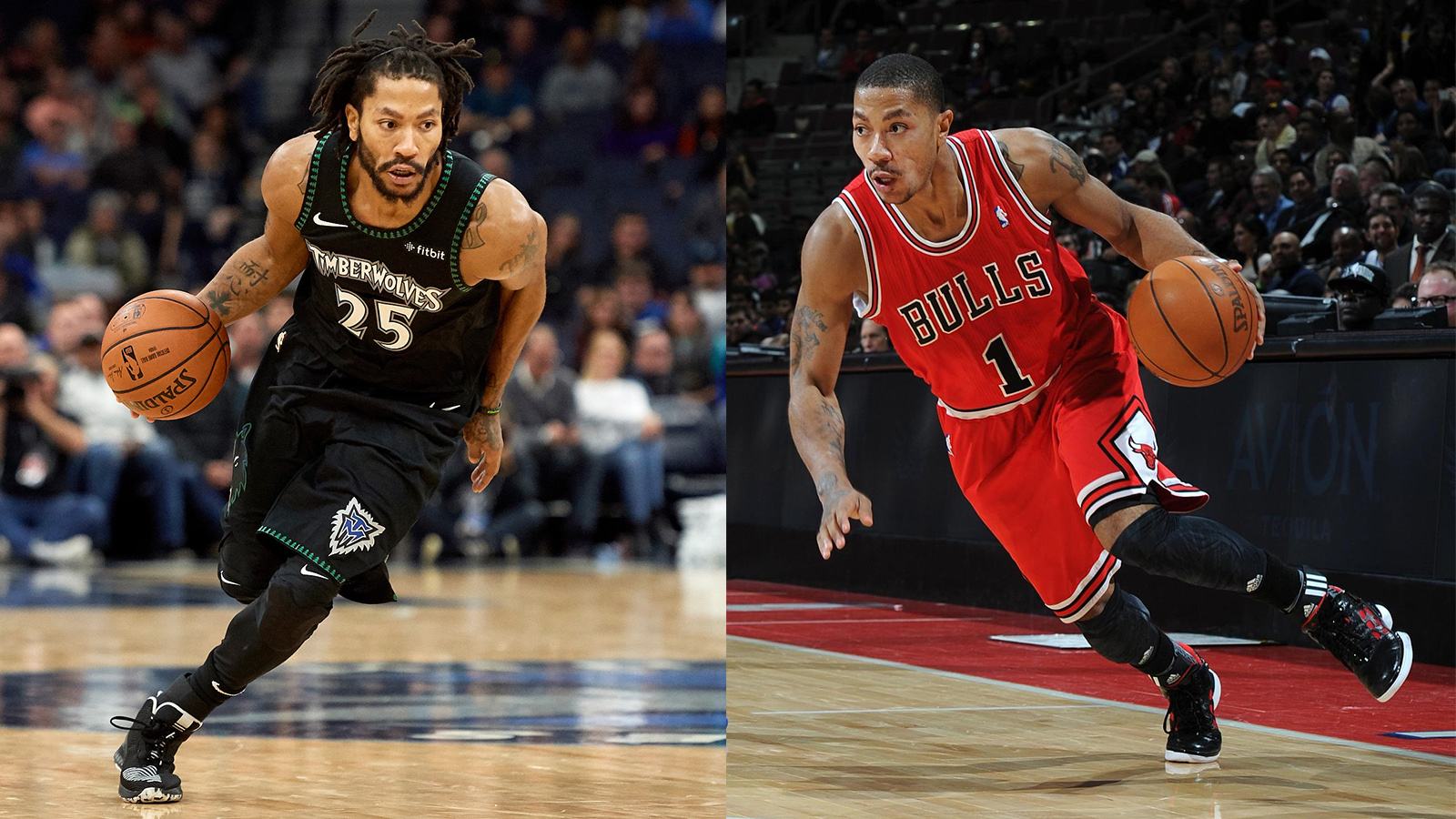 Rose has gone through a lot in the past eight years. /VCG Photo

Rose has gone through a lot in the past eight years. /VCG Photo