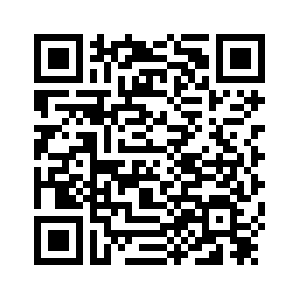 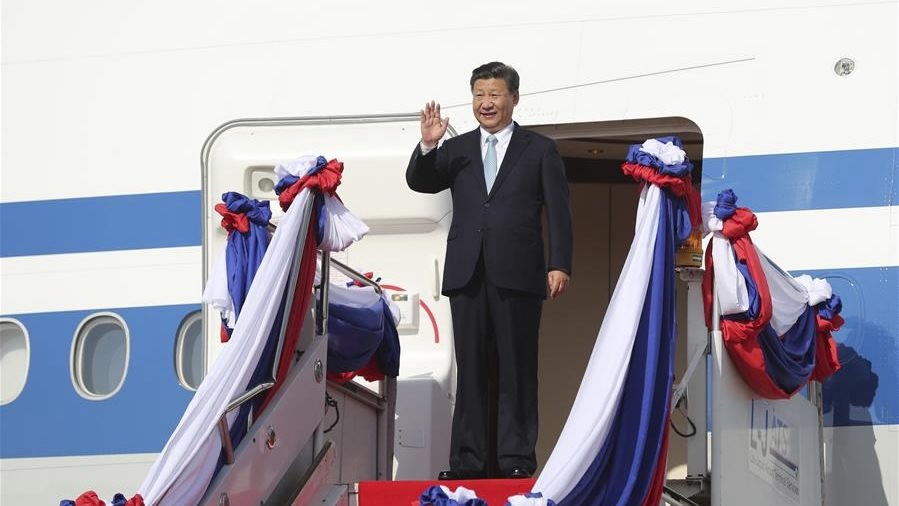 Editor's note: Wang Li is a professor at the Jilin University, northeast China. The article reflects the author's opinion, and not necessarily the views of CGTN.
In today's world that witnesses the vicissitudes that remained unseen over the past century, China as a rising power must pursue major-country diplomacy with Chinese features to fully demonstrate our distinctive vision, style and way of conducting diplomacy. And this is what Chinese President Xi Jinping has said and done during his three-nation Europe tour.
During March 21-26, Xi made historic state visits to Italy, Monaco and France, two of which are G-7 members and key players of the European Union (EU).
Given China and the EU are on the top among the world's largest economies, it is understandable for the world to eagerly grasp the strategic caliber and wisdom of the Chinese leader.
Now with the state visit wrapped up, it is necessary to review the remarkable achievements made during Xi's Europe tour.
Xi made all efforts to deepen China's bilateral cooperation with Italy and France, as both countries are China's comprehensive strategic partners.
As a result, Italy officially became the first G-7 country to join the Belt and Road Initiative (BRI).
France also reiterated that since Europe-Asia connectivity is in line with the BRI, Paris will support the BRI to connect the EU through strategic dialogue with China.
This can be seen as the first significant breakthrough in China's diplomacy in 2019.
Besides, President Xi revealed his statesmanlike vision in promoting the Sino-French comprehensive strategic partnership to a more solid, stable and vibrant level. 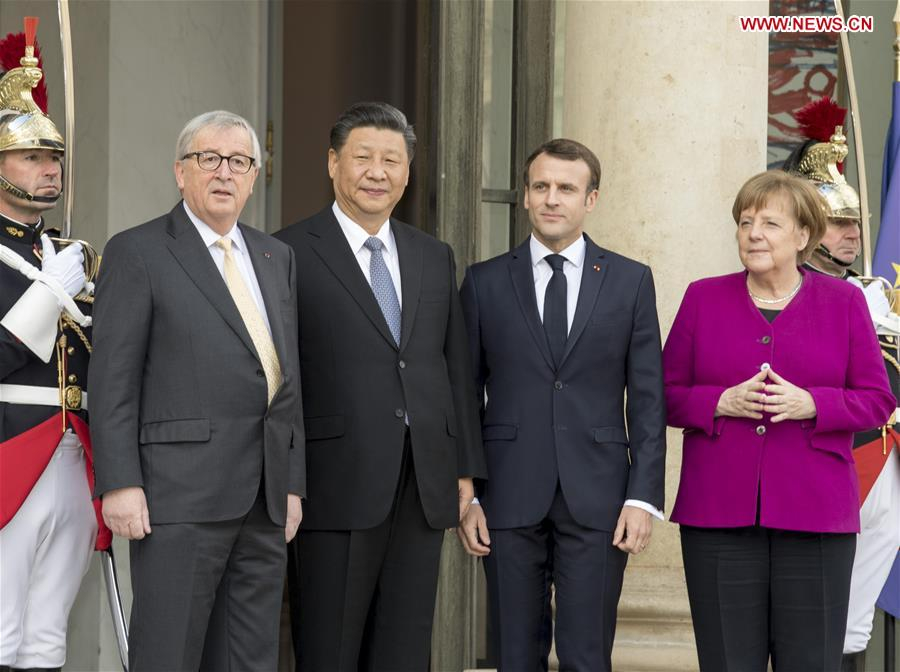 Since the world has high expectations of cooperation between Beijing and Paris in service of peace and development, the two powers agreed to align Frances's Industry of Future Initiative with Made in China 2025 and promote BRI-related demonstration projects in third-party markets.
Also, as the largest developing country, China has lost no time to reiterate its long-term goal of peaceful rise. On March 26, President Xi stated that cooperation is the defining feature in the relationship between China and the EU, even though there are differences or competition to some extent.
Yet, there is no zero-sum game between the two sides as China's rise will not be a challenge to the status quo.
Moreover, one of the most striking features of Xi's Europe tour is that the leaders of China, France, Germany and the EU had an in-depth discussion on major international issues such as multilateralism and improving global governance. This is the first time for a Chinese leader to join the leaders of the EU to discuss global governance.
President Xi demonstrated his political wisdom and pragmatic approach to global issues. He thus stressed that the global governance system needs fairness and equality in line with the concept of trust, peace and development.
For example, as Xi puts it, "For today's China-EU relationship, cooperation far outweighs competition and we cannot let mutual suspicion to take away the better of us." 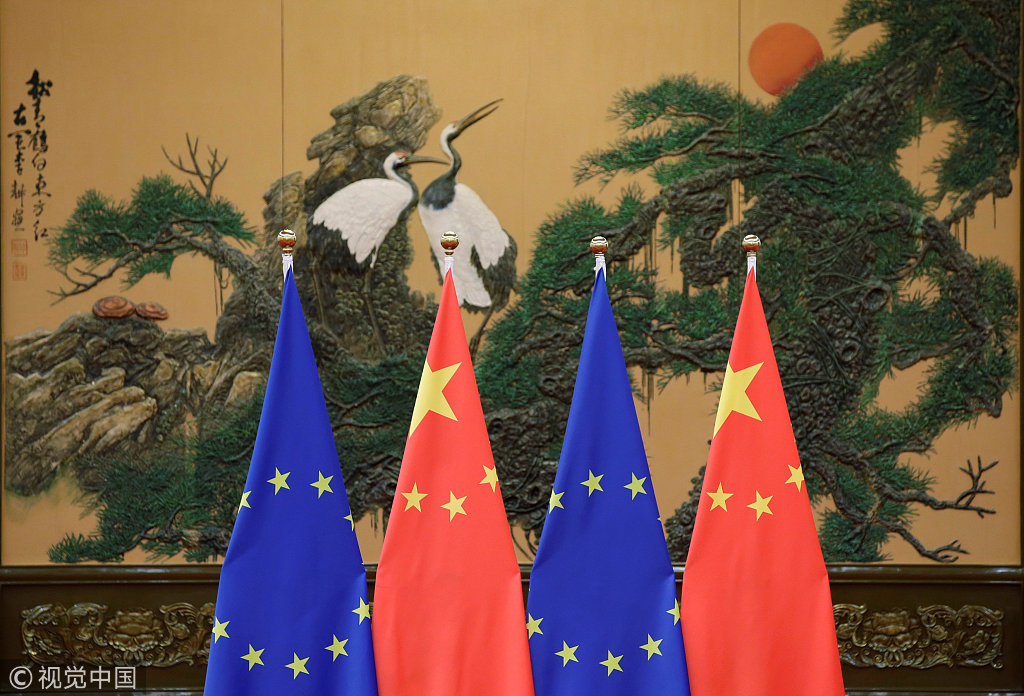 National flags of China and the flag of EU at the Great Hall of the People in Beijing, China, July 12, 2016. /VCG Photo

National flags of China and the flag of EU at the Great Hall of the People in Beijing, China, July 12, 2016. /VCG Photo

Last but not the least, Xi delivered a strong message to the world that China is determined to act responsibly in international affairs.
As he announced that China along with the EU and other countries will remain committed to the UN which is the symbol of multilateralism, and give full play to the role of WTO, IMF, World Bank, G-20, the EU along with other global and regional multilateral systems, and work together toward the community with shared future for mankind.
Now, we can say that President Xi's grand Europe tour has exhibited the wisdom and caliber of the Chinese people led by him, and China's frank and inclusive approach to global issues. Learning lessons from the past, Xi argued is essential for mutual respect and trust.
Thus, all nations work together to seek common ground and understanding while defusing differences.
It is evident from the candid dialogue that the leaders of China, France, Germany and the EU reached a close agreement on March 26 that the BRI is a win-win project for all parties rather than a so-called geopolitical or financial trap.
European Commission President Jean-Claude Juncker said since Europe and China are important strategic partners, they should maintain dialogue on the basis of equality and maintain coordination on major international issues such as WTO reforms and defending multilateralism.
(If you want to contribute and have specific expertise, please contact us at opinions@cgtn.com.)