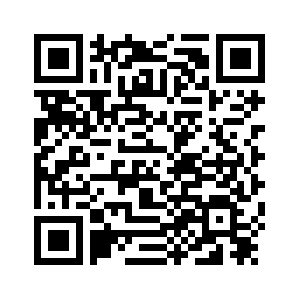 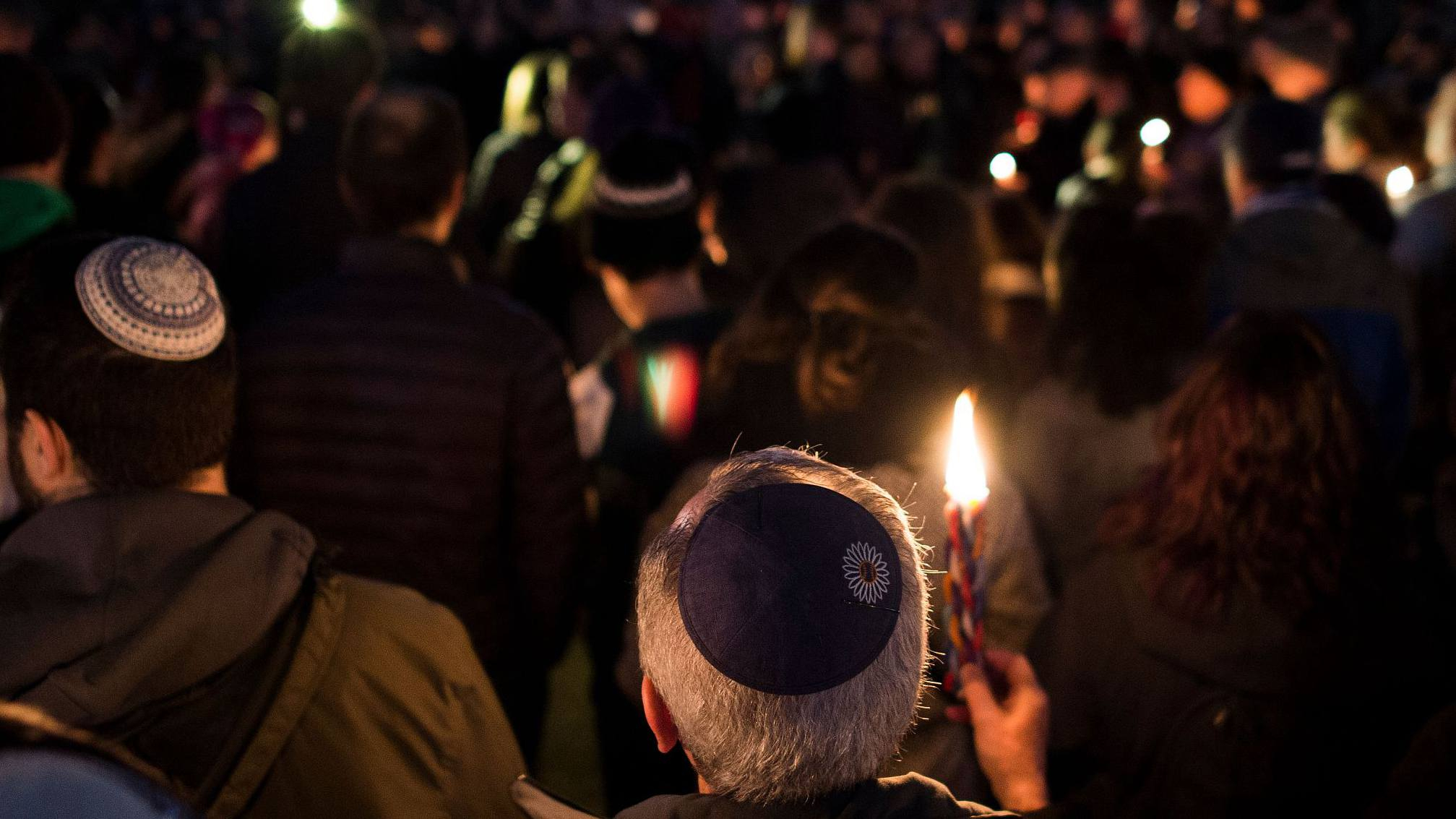 Editor's note: Harvey Dzodin is a senior research fellow at the Center for China and Globalization, and a former legal adviser in the Carter administration. The article reflects the author's opinion, and not necessarily the view of CGTN.
When we were growing up, we were taught the old adage that "sticks and stones may break my bones but words will never harm me." As we got older and more worldly, most of us learned that this saying is false wisdom reserved for those oblivious souls living in a fool's paradise.
Apparently, Donald Trump never figured out that words can have deadly consequences but the ghoulish events of October 2018 should be a wake-up call to the rest of us.
First came the butchering of Saudi Arabian journalist Jamal Khashoggi on October 2 by Saudi government agents. His crime: critical words apparently not appreciated by his government.
Then in rapid succession in the last week came a spate of pipe bombs posted by a Trump supporter to 13 Democratic and liberal leaders on Trump's enemies list. Their crime: words and thoughts incompatible with the warped selfish America First, world last agenda of Trump and his acolytes, followed closely by this weekend's deadly shooting in a formerly idyllic peaceful Pittsburgh neighborhood by an anti-Semitic right-wing nut job armed with handguns and an assault rifle. 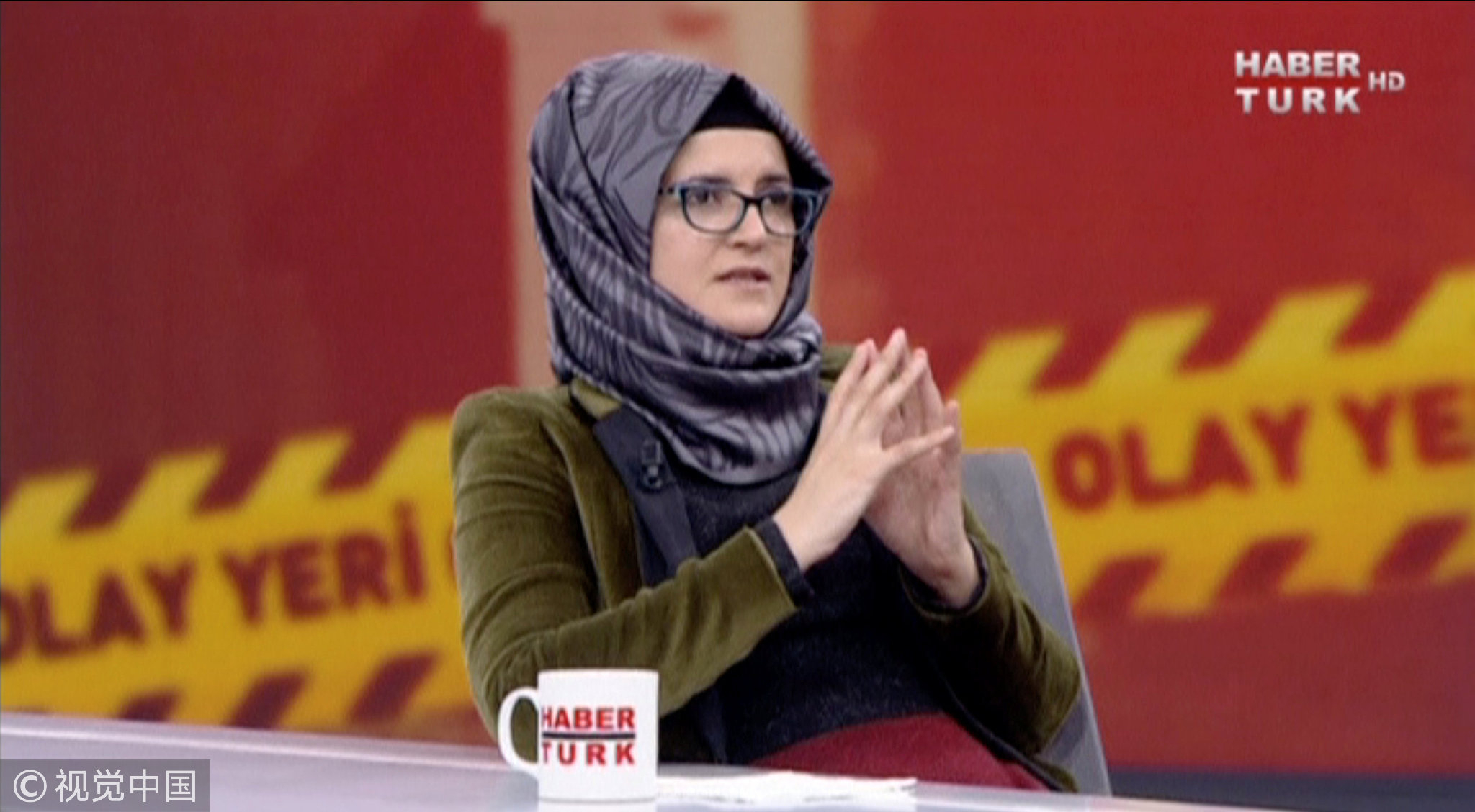 The shooter detested Trump for having Jewish members in his family (Jared Kushner, Ivanka Trump and their children). He targeted a specific synagogue in the Squirrel Hill neighborhood for having helped immigrants to come to the United States and was reported to have said that "all Jews must die" immediately before opening fire. Those murdered and maimed bear testimony to the fact that words can be lethal.
The synagogue murders seem to be a corollary of the well-established phenomenon of copy-cat violence, where one such act brings on others like it in quick succession. The synagogue shooter could have been upset that the pipe bombs failed to go off and kill or maim. This may have triggered in him a desire to metaphorically finish the job, especially when the Jewish billionaire George Soros, backer of liberal causes, was unhurt.
Because my brother lived there, I know Squirrel Hill well. I can attest that it was a special place where people of different races, religions, and countries of origin lived side-by-side in as much harmony as could be expected by any diverse group of neighbors. Perhaps the shooter couldn't accept that this melting pot symbolized what America is all about — or at least was all about before the Age of Trump. 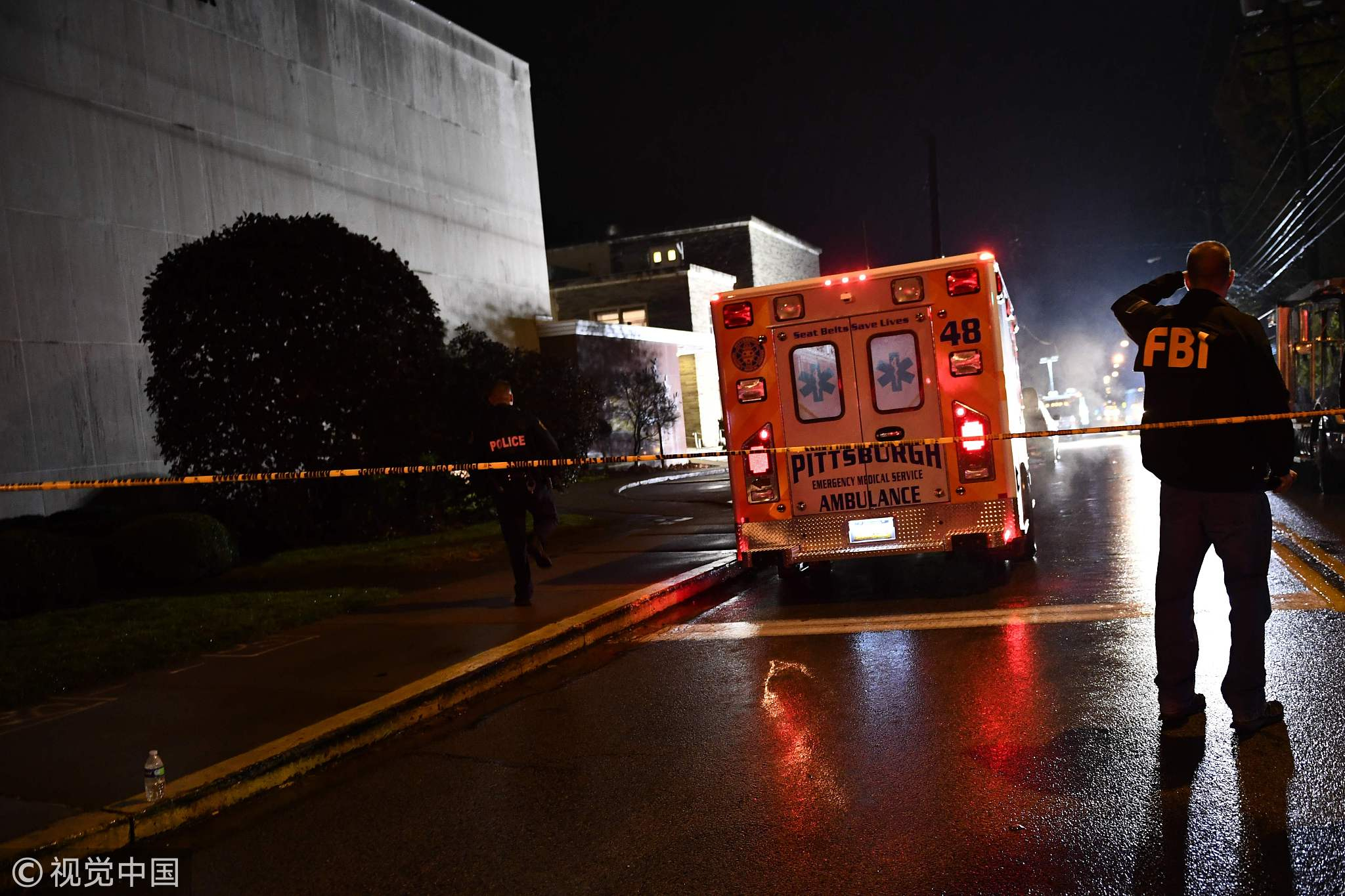 An FBI agent stands behind a police cordon and an ambulance outside the Tree of Life Synagogue (L) after a shooting there left 11 people dead in the Squirrel Hill neighborhood of Pittsburgh on October 27, 2018. /VCG Photo

An FBI agent stands behind a police cordon and an ambulance outside the Tree of Life Synagogue (L) after a shooting there left 11 people dead in the Squirrel Hill neighborhood of Pittsburgh on October 27, 2018. /VCG Photo

While I am quite certain that Khashoggi's murder did not influence the bombs mailed and bullets fired this week, I am more certain that the capture of the bomber one day and the shootings the next are no macabre Halloween weekend coincidence.
They are both attributable to Trump's recent vastly ramped-up attempts to fire up his base with hatred, anger and fear in order to minimize or eliminate a Democratic Party victory in the House of Representatives. I hope that there will be no more word-inspired violence in the week until the election. If the worst happens, Trump will have even more blood on his hands.
This is par for the course for the man for whom lying is a way of life and who has lied hundreds of times as president. Trump is an intellectually-challenged small-minded bully who won the support of the racist Ku Klux Klan, neo-Nazis and other alt-right groups for saying that there were good people on both sides of demonstrations in Charlottesville, Virginia, last year where a white power supporter drove into a crowd, killing one and injuring others.
You'd think that Trump would take some responsibility, but he hasn't done so here. In fact, he never does; he only takes credit. It's always someone else who caused the problem.
So for the shooting, even though the synagogue consulted with the FBI and Department of Homeland Security and followed their recommendations, the house of worship here, the victims, were in Trump's mind negligent in not having armed guards posted at entrances? Is this what America has come to? 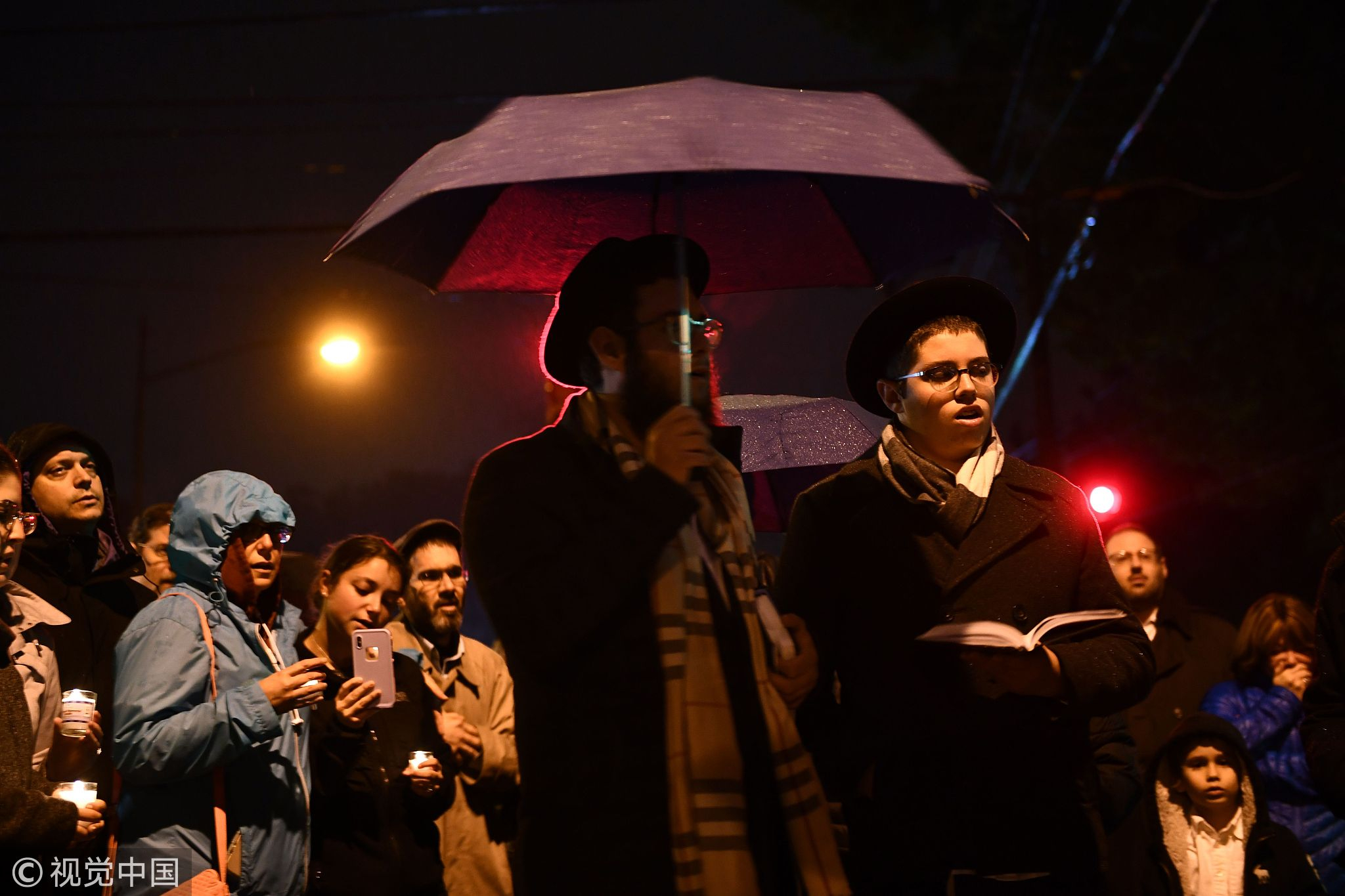 People hold candles as they gather outside the Tree of Life Synagogue after a shooting there left 11 people dead in the Squirrel Hill neighborhood of Pittsburgh on October 27, 2018. /VCG Photo

People hold candles as they gather outside the Tree of Life Synagogue after a shooting there left 11 people dead in the Squirrel Hill neighborhood of Pittsburgh on October 27, 2018. /VCG Photo

Trump has completely swallowed the National Rifle Association (NRA)'s simplistic and unworkable solution that the answer is to have good guys with guns protecting against bad guys with guns like the AR-15, whose sale and use the NRA has fought to promote. That's a bizarre slant on freedom of religion, isn't it?
Is the Trump-NRA solution realistic? Hardly. In the US, there are roughly 400,000 Christian houses of worship, approximately 4,000 synagogues and Jewish Community Centers and 2,100 mosques. While there are exceptions, most houses of worship are not exactly rich. So let's say that on average each needs two armed guardians. Good guys with guns, unlikely to be volunteers, don't come cheap and we're talking about more than 800,000 of them.
I have a funny feeling that the NRA won't have any funds left over after spending millions on lobbying for assault rifles and the like. I don't expect that their arms manufacturer allies will pitch in either. Trump? He doesn't like to spend money, except for the richest one percent.
The tragedy is that the president of the United States is supposed to be a moral compass, not an immoral one. The tragedy is that the president is supposed to unite the nation, not to divide it. The tragedy is that the president is supposed to make people safe, yet he has created and nurtured the toxic tragedy we all mourn today.
(Cover Photo: Members and supporters of the Jewish community come together for a candlelight vigil, in remembrance of those who died earlier in the day during a shooting at the Tree of Life Synagogue in the Squirrel Hill neighborhood of Pittsburgh, in front of the White House in Washington, DC, on October 27, 2018. /VCG Photo)
(If you want to contribute and have specific expertise, contact us at opinions@cgtn.com.)