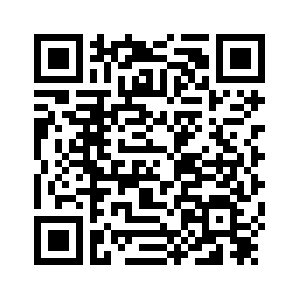 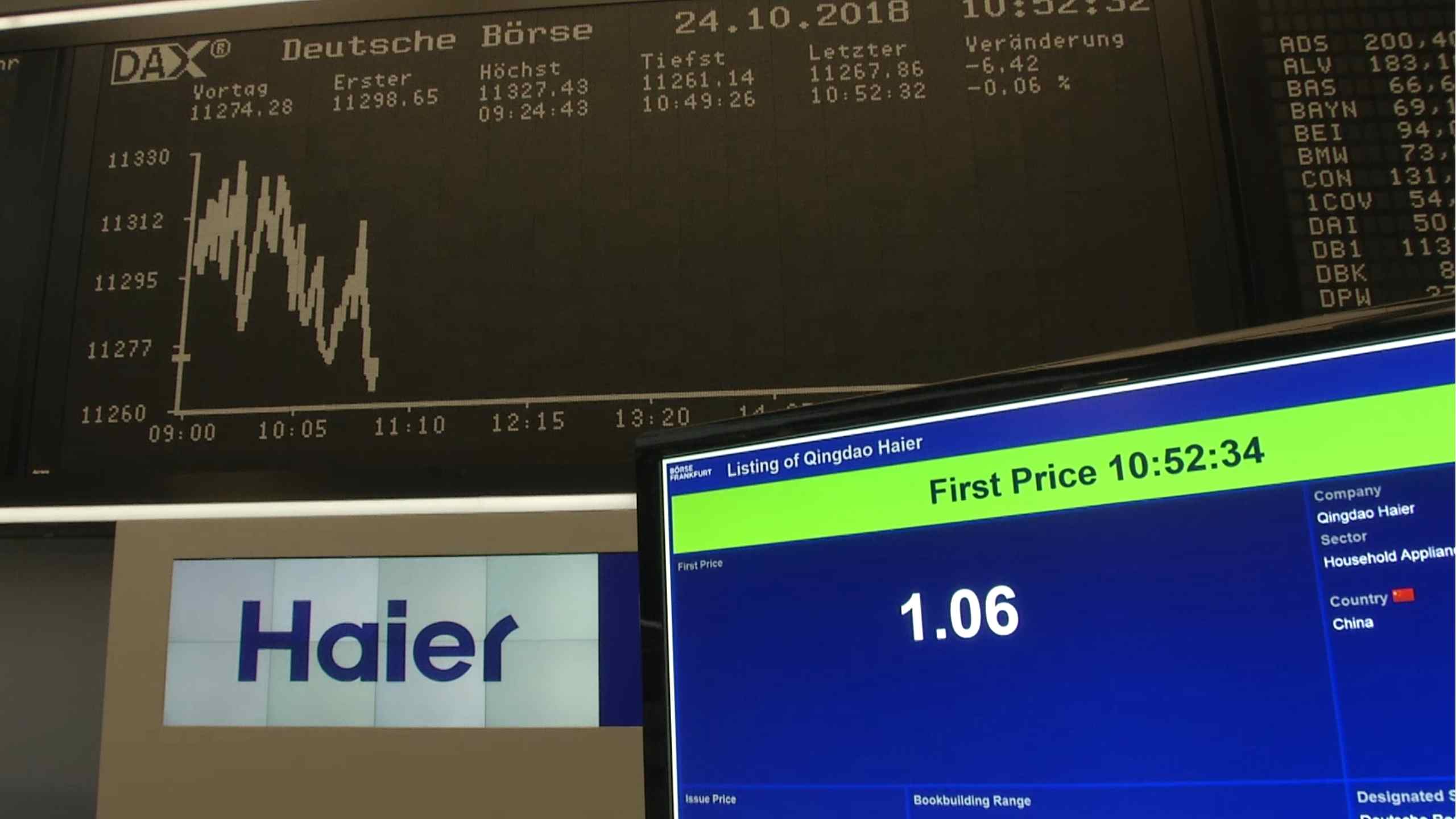 Qingdao Haier, the world's largest household appliance manufacturer, became the first Chinese company to list in D Shares ("D" for Germany) on Wednesday.
The white goods manufacturing giant has gone public in Europe offering 305 million D-shares on the China Europe International Exchange (CEINEX), a new program founded three years ago to connect Chinese issuers with European liquidity. It was also the debut listing for CEINEX.
Chinese companies inviting foreign investment list H shares in the Hong Kong Special Economic Zone, S shares in Singapore, N shares in New York and now D-shares on CEINEX in Frankfurt.
During the bell-ringing ceremony at the Frankfurt stock exchange, Li Pan, Haier's vice president in charge of overseas market, told CGTN that Europe was one of their major focuses so D-Shares were "one step forward towards that strategy." 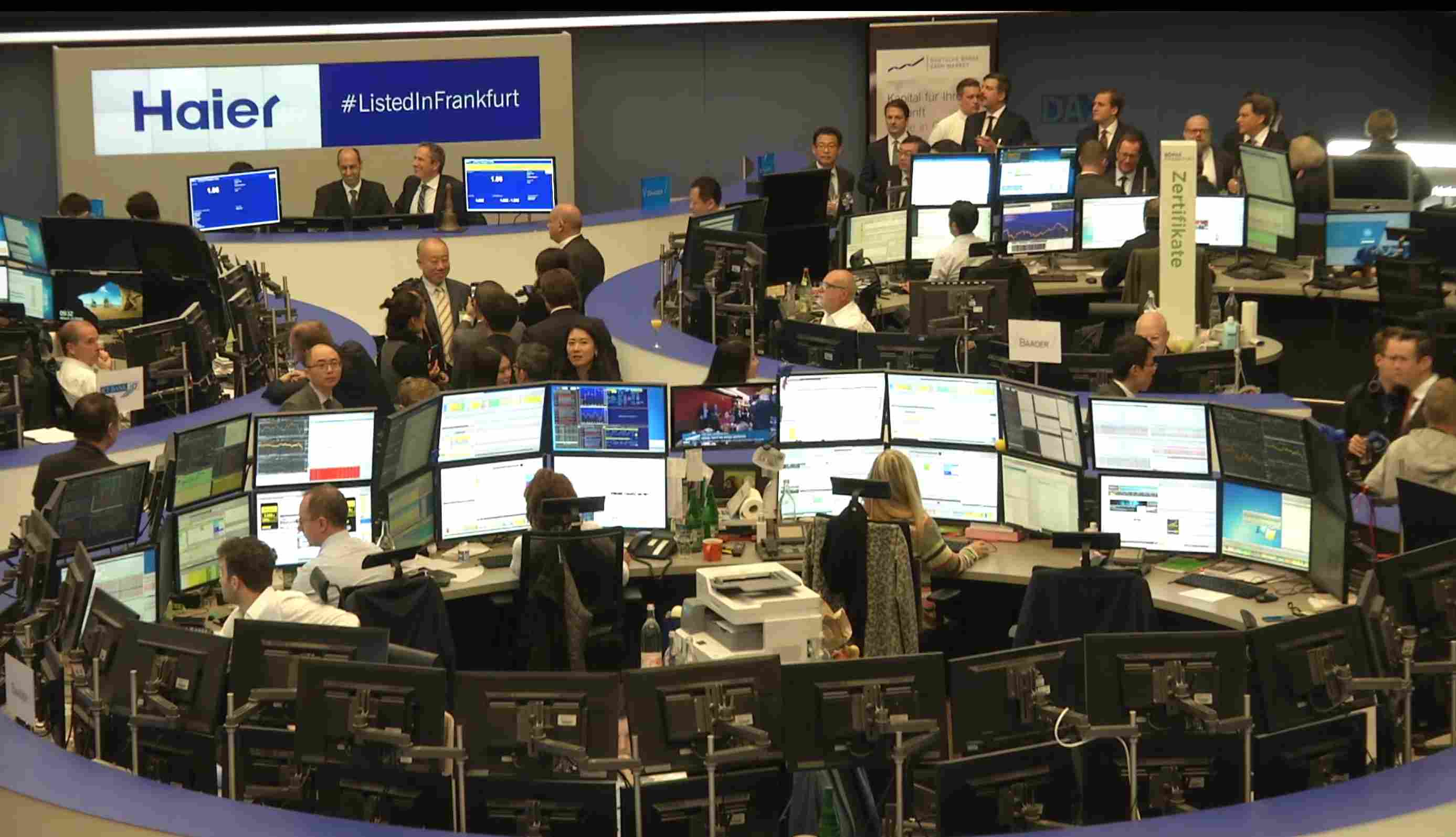 Haier has been doing very well in other markets, having acquired Japanese giant Sanyo Electric's white goods business in parts of Asia and GE Appliances from the American General Electric Company in 2016.
In 2017, the company held a 13.3-percent global share of the so-called "white goods" market. This decision to go public in Germany and on CEINEX was exactly what the company needed to advance in the European market, said Yannick Fierling, CEO of Haier Europe.
"We are all very excited about this. It's a great journey. We started to invest in this region significantly in 2010. We are very proud of our organic growth but certainly, we want to accelerate that. We want to get to one of the leading positions in the coming years and I think being here is a great starting point." 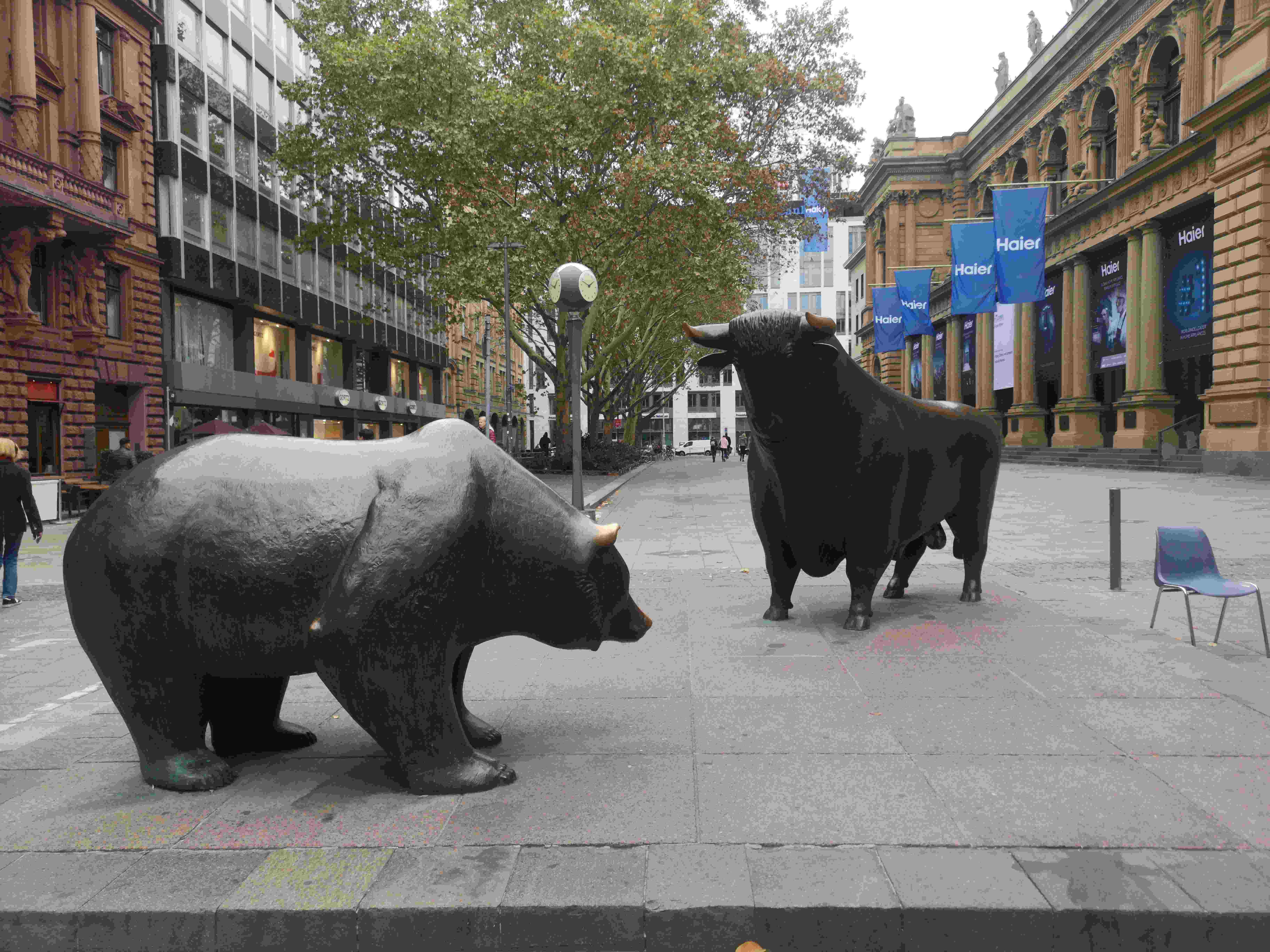 That "starting point" was 1.06 euro per share (around 1.20 US dollar), one cent above the final placement price of 1.05 euro. The IPO has generated total gross proceeds of approximately 278 million euros for the company, plus an additional 42-million-euro under the Greenshoe option, it is a provision that grants the investment bank the right to sell investors more shares than originally planned by the issuer.
According to Fierling, reinvesting these proceeds into marketing is one of Haier's main objectives in Europe. "The biggest handicap we do have is brand awareness so I think we will be investing in brand awareness. We have a very detailed plan for the coming years in order to get to the same level as most of our competitors."
The IPO will also help Haier finance their recently announced 475-million-euro-acquisition of Italy's home appliance maker, Candy, increasing their European market presence.
Haier's share prices rose to around two euro throughout its first day of trading, but optimism is high that more awareness of D-Shares will push their stock price much higher.