A look at vocational education and training programs in Xinjiang
Cui Hui'ao, You Siyuan 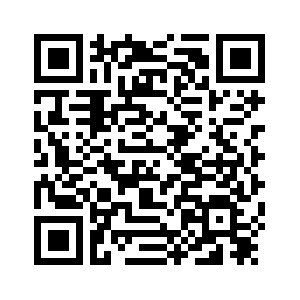 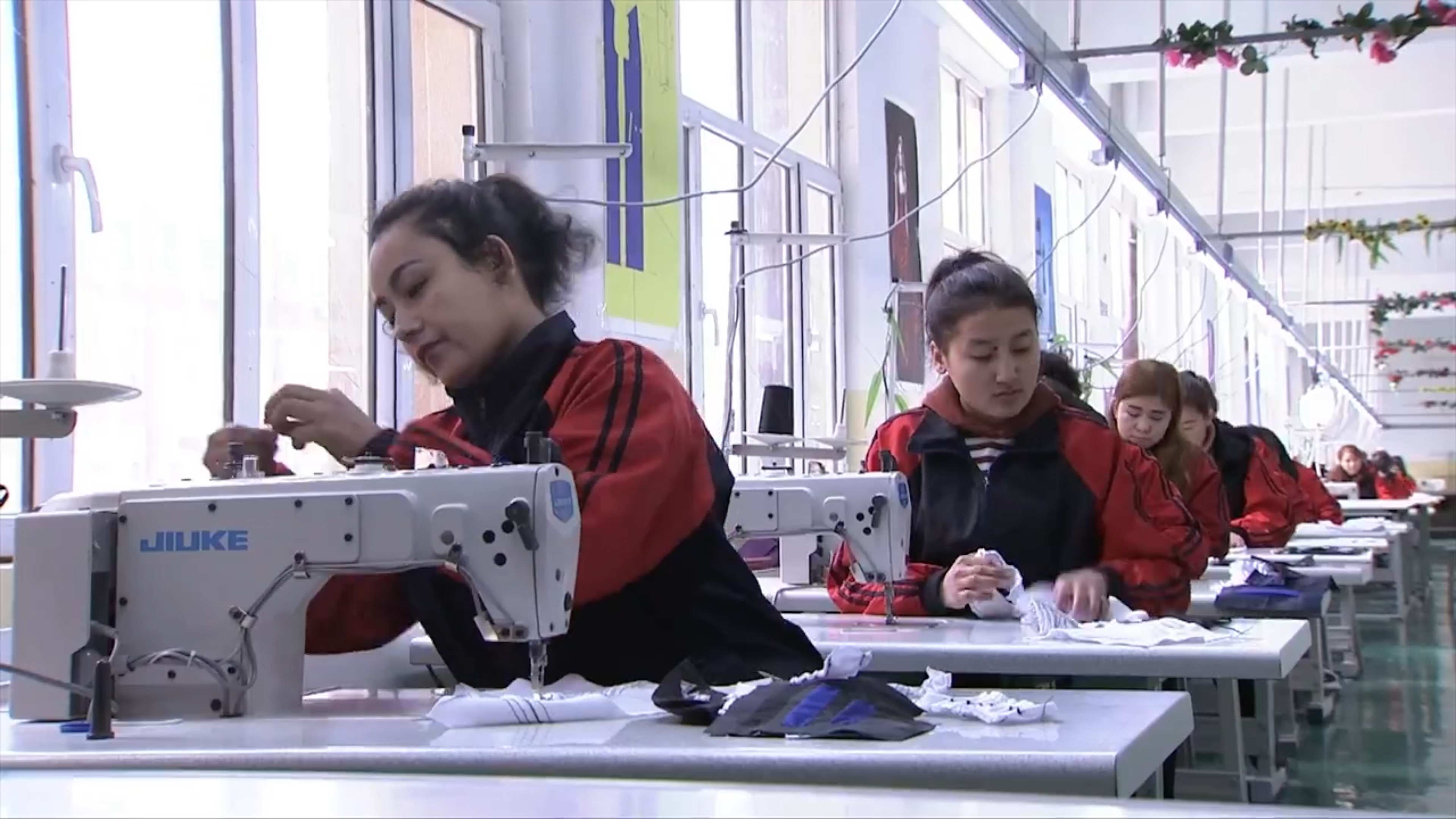 Northwest China's Xinjiang Uygur Autonomous Region has long been faced with the threat of imminent terror attacks, but the region has taken measures to prevent and combat violent terrorist crimes in accordance with the law. The vocational education and training programs are one such measure.
In 2015, like most high school graduates, Dilireba Alimu attended the national college entrance exam and was admitted to Shenzhen University. Instead of starting her college life, Dilireba was influenced by her friend Adila from high school and flew to Turkey to attend classes there.
She was taught the Quran at first, but then something else. 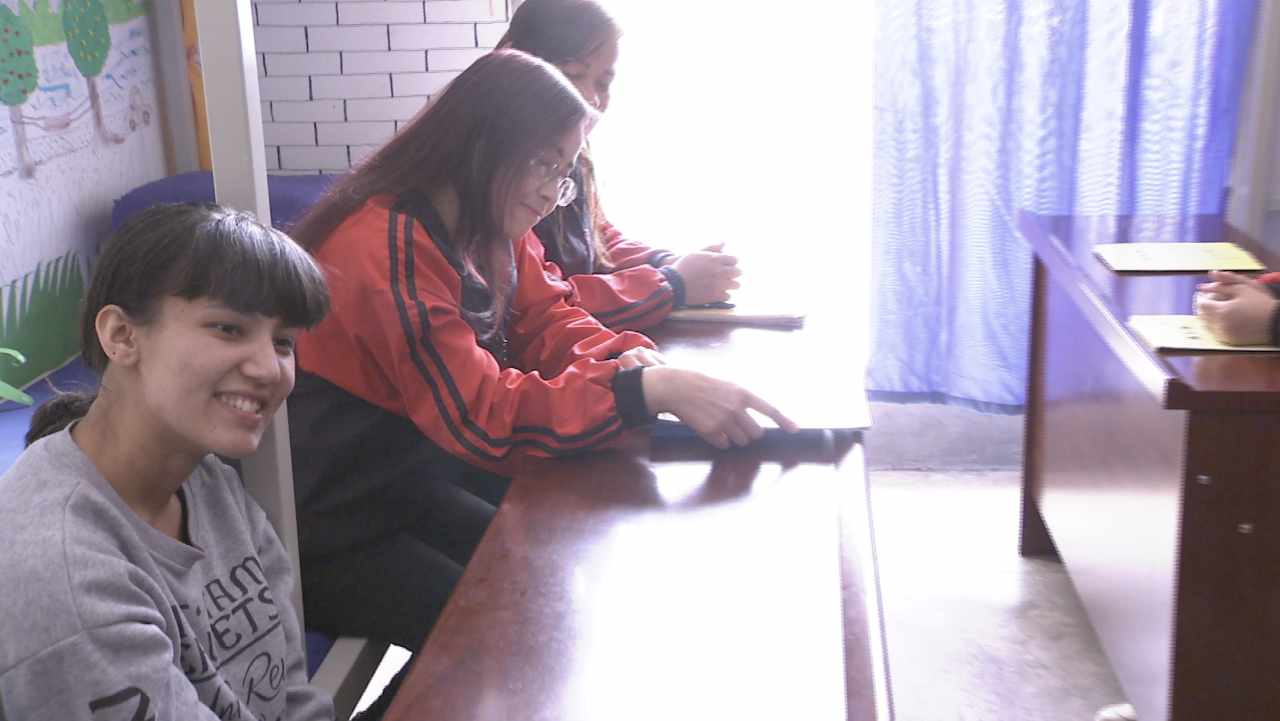 Dilireba Alimu at her dormitory with other roommates./ CGTN Photo

Dilireba Alimu at her dormitory with other roommates./ CGTN Photo

"That class always taught us that heretics are taking our land and natural resources. Heretics are our enemy. We (Uygur people) must fight for what belongs to us and battle for Muslims. They also told us there was a (terrorist) group that was hiring and providing free training for Muslims to become jihadists," said Dilireba.
Two years later, Dilireba returned to Kashi to attend her brother's funeral. It was then that she heard one of her classmates Hali Del had carried out a terrorist attack in Istanbul. Dilireba said she was terrified when she heard about the assault because she never thought she was this close to being a part of a terrorist group.
Meanwhile, all of her friends from high school were busy with college.
"They are studying in college, in different places, including Shanghai and Beijing's Peking University. I see they are doing well in their lives. My mother was disappointed with me. She persuaded me to study here (Kashi Vocational Education and Training Center) and change my mindset," said Dilireba.
As a part of China's counter-terrorism and extremism measures, Xinjiang launched the vocational education and training program. Most of the attendees are influenced by terrorism and extremist thoughts. 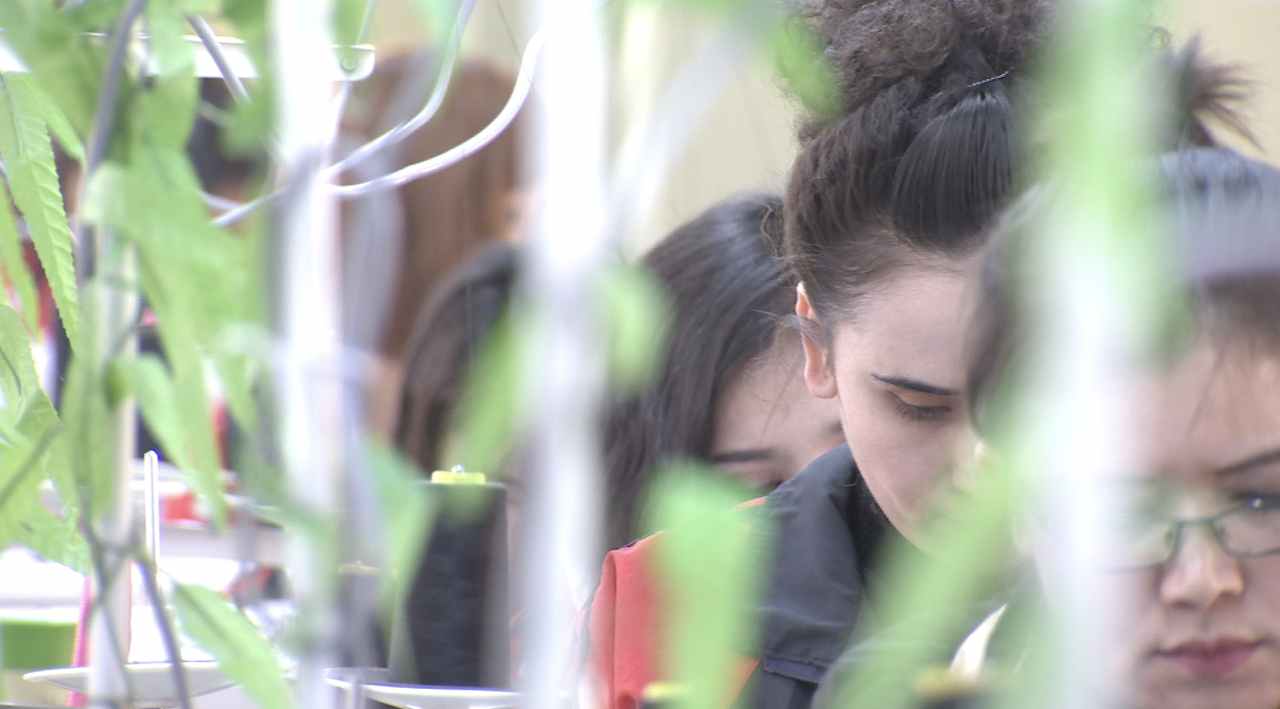 The director of Kashi Vocational Education and Training Center, Mijiti Maihemoti, told CGTN that some of the students are suspected of minor criminal offenses, but they do not have to be subject to penalties or criminal punishment. The purpose of establishing the institution is to save and educate them. 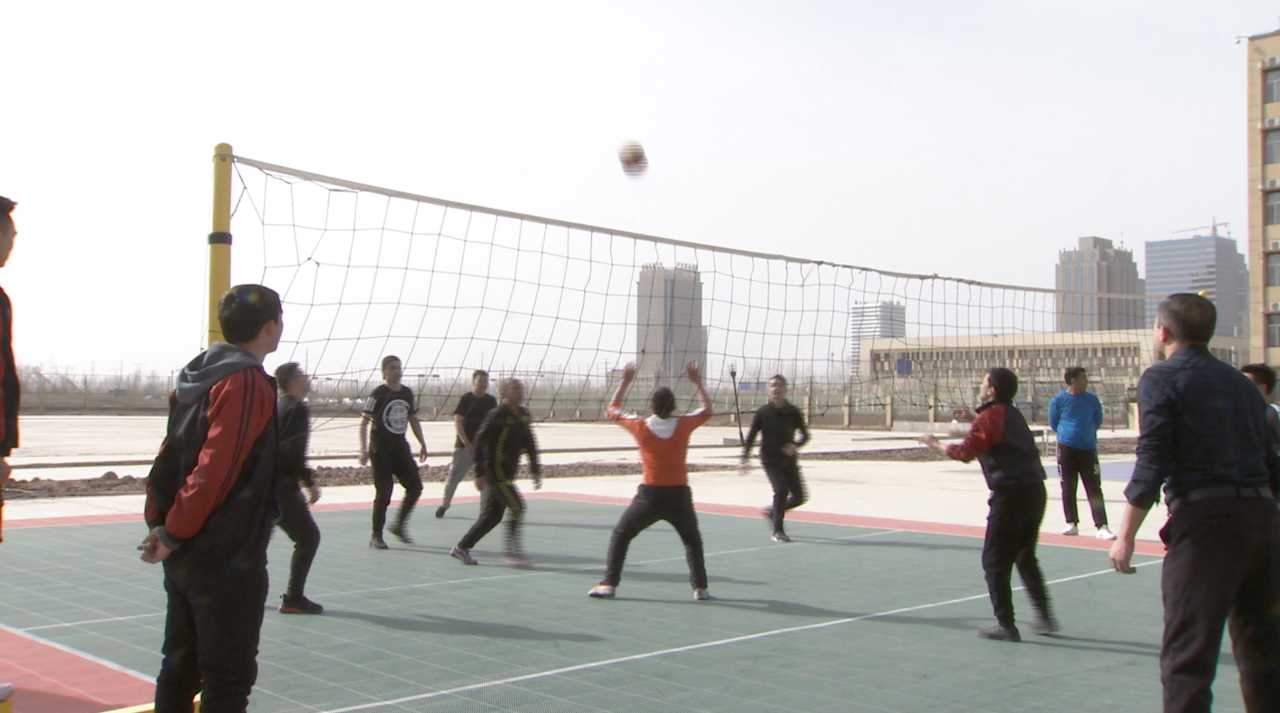 The program is designed to improve students' abilities in commanding Mandarin, acquiring legal knowledge and vocational skills. Like most boarding schools, students here go to class, play sports, and they go home once a week. 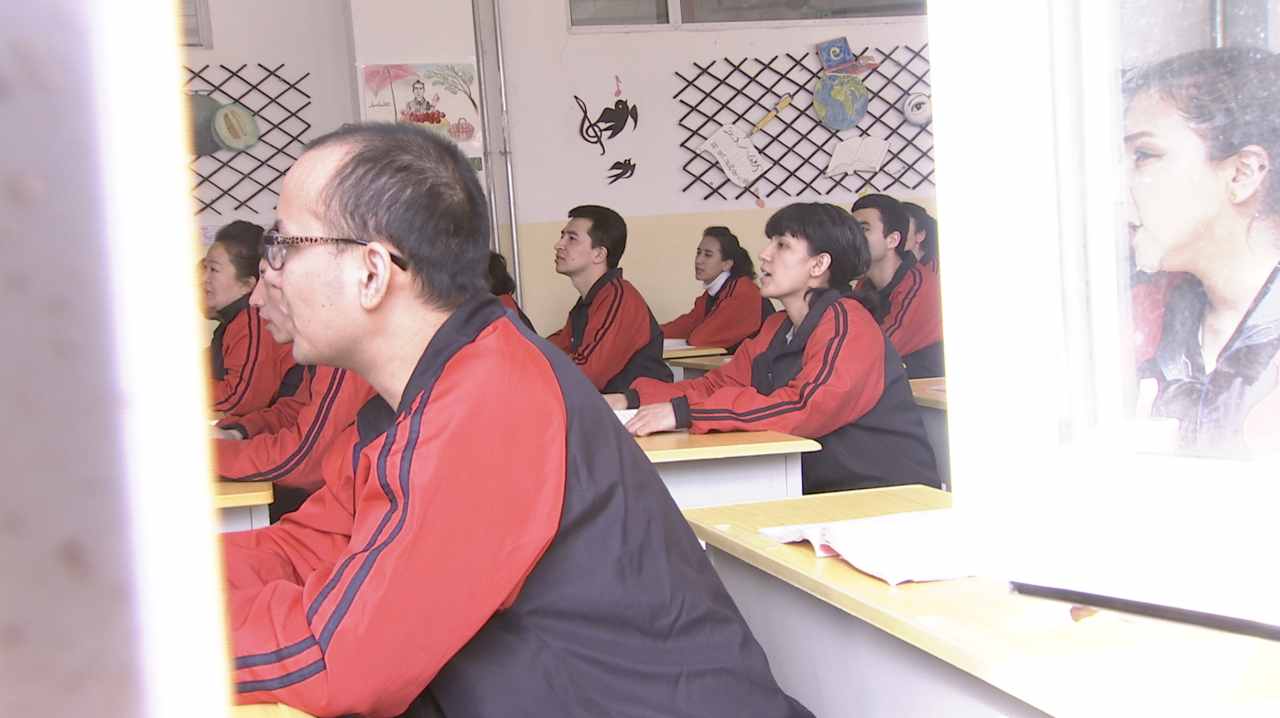 Mijiti said the purpose of the program is to get rid of the reasons that breed terrorism and religious extremism and stop violent terrorist activities from happening.
Dilireba told CGTN that she used to love dancing in middle school, but extremist thoughts taught her that dancing is not allowed because it's non-Muslim. Now, besides studying at the center, she is learning dancing again.
"As a Uygur, I feel ashamed that I don't even know our folk dance. Recently, I have become interested in hip-hop, and I feel my life is so good. Like I have found back my childhood passion." 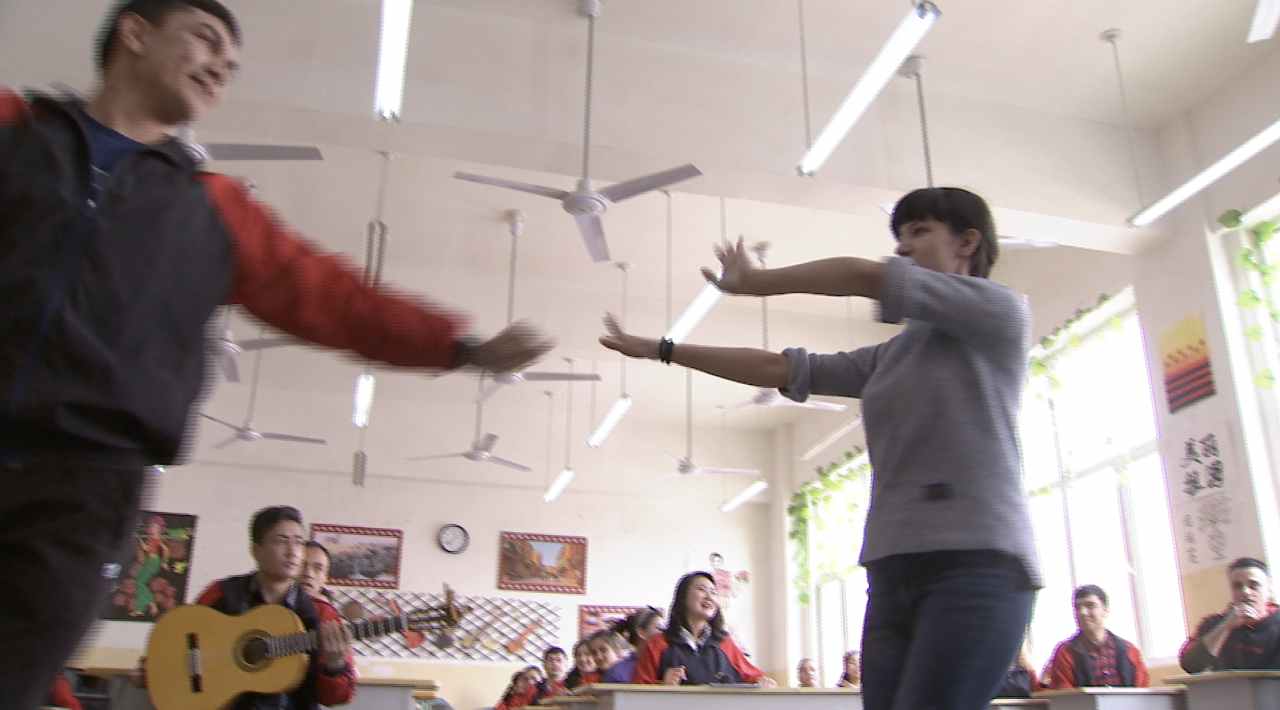 Dilireba said her goal is to sit the college entrance exam again. The teachers at the center are helping her with everything she needs. And this time, she hopes she can study management, a trajectory she said will steer her life back on the right track.
"I want to perfect myself and try to learn English well. My dream is to start my own business, a clothing brand hopefully," said Dilireba.