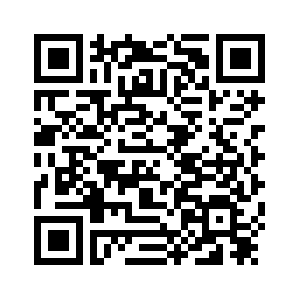 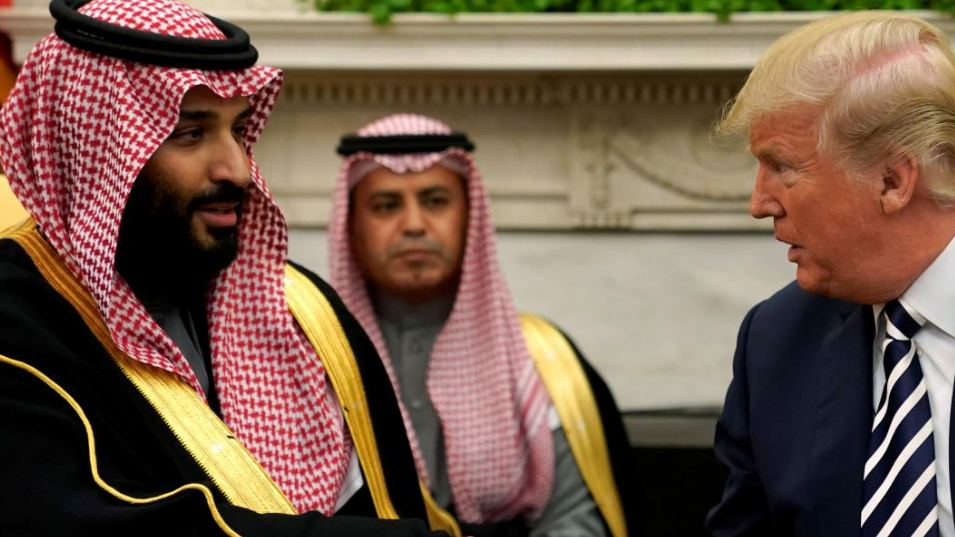 U.S. President Donald Trump vowed on Tuesday to remain a "steadfast partner" of Saudi Arabia despite saying that Saudi Crown Prince Mohammed bin Salman may have known about the plan to murder dissident journalist Jamal Khashoggi last month.
Defying intense pressure from U.S. lawmakers to impose tougher sanctions on Saudi Arabia, Trump also said he would not cancel military contracts with the kingdom, claiming it would be a "foolish" move that would only benefit Russia and China.
Trump said U.S. intelligence agencies were still studying the evidence around Khashoggi's murder inside the Saudi consulate in Istanbul on October 2 and who planned it.
Since the murder, Trump has taken varying positions on how to react, including possible sanctions.
"It could very well be that the Crown Prince had knowledge of this tragic event – maybe he did and maybe he didn't!" Trump said in a statement issued by the White House.
His comments contradicted the Central Intelligence Agency (CIA), which expressed belief that Khashoggi's death was ordered directly by the crown prince, who is widely known by his initials MbS.
Trump was quickly accused by Democratic lawmakers of undermining his own intelligence agencies and failing to confront Saudi Arabia over a human rights atrocity. 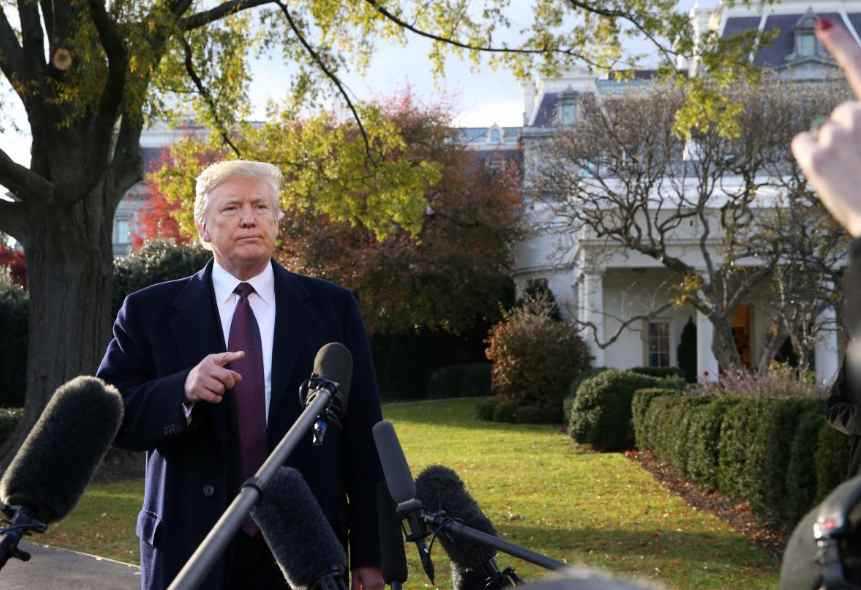 U.S. President Donald Trump speaks to members of the media before boarding Marine One on the South Lawn of the White House in Washington, D.C., U.S., November 20, 2018. /Reuters Photo

U.S. President Donald Trump speaks to members of the media before boarding Marine One on the South Lawn of the White House in Washington, D.C., U.S., November 20, 2018. /Reuters Photo

"Human rights is more than just a phrase; it has to mean something. And that means standing up and condemning a brazen murder by a foreign government. Everyone who played a role in this killing must be held accountable," Senator Dianne Feinstein said.
Even one of Trump's most reliable Senate supporters Senator Lindsey Graham tweeted his disappointment that "when we lose our moral voice, we lose our strongest asset."
Democratic and Republican lawmakers have urged Trump to drop his support for the Saudi prince over the Khashoggi case, but the president has been reluctant.
Trump said on Tuesday that both Saudi Arabia's King Salman and MbS "vigorously deny any knowledge of the planning or execution of the murder," and that the truth may never be known.
He also stressed that Saudi Arabia, a major oil producer, is an important business partner and a "great ally" in the fight against Iran's influence to the Middle East.
"The U.S. intends to remain a steadfast partner of Saudi Arabia to ensure the interests of our country, Israel and all other partners in the region," Trump said.
On Twitter, Iranian Foreign Minister Mohammad Javad Zarif said of the statement, "Mr. Trump bizarrely devotes the FIRST paragraph of his shameful statement on Saudi atrocities to accuse IRAN of every sort of malfeasance he can think of." 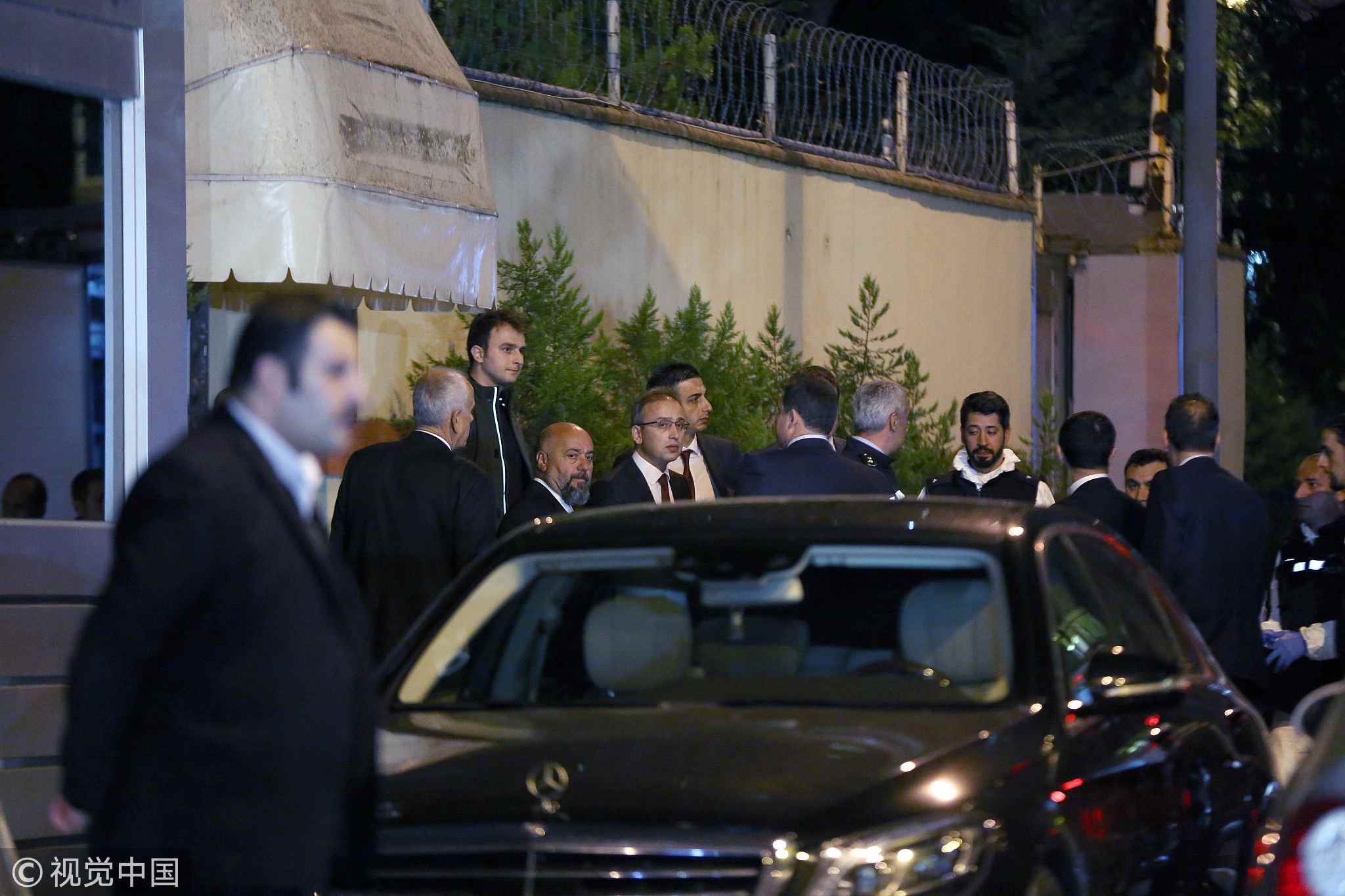 Congressman Adam Schiff, who is expected to become leader of the House of Representatives' Intelligence Committee in January, said the United States should immediately end support for Saudi Arabia in the Yemen war, suspend arms sales to the kingdom, and reduce its reliance on Riyadh in the Middle East.
"The president adds to his track record of ignoring his own intelligence agencies, and undermining American values at home and abroad, by giving Saudi Arabia a pass for the brutal and premeditated murder of a U.S. resident and journalist. Outrageous," Democratic Senator Dick Durbin said.
Some of Trump's fellow Republicans have also vowed to break with him and push for firmer U.S. action against Saudi Arabia.
Representative Francis Rooney, a Republican on the House Foreign Affairs Committee, said Washington should apply the so-called Magnitsky Act to those responsible for Khashoggi's death.
The legislation hits human rights violators with freezes on U.S. assets, U.S. travel bans, and prohibitions on Americans doing business with them.
Trump has placed the alliance with Saudi Arabia at the heart of his Middle East policy, and it was the first country he visited after becoming president in 2017.
Trump's son-in-law, Jared Kushner, has developed a close relationship with MbS, and both he and Trump have tried to maintain the alliance. 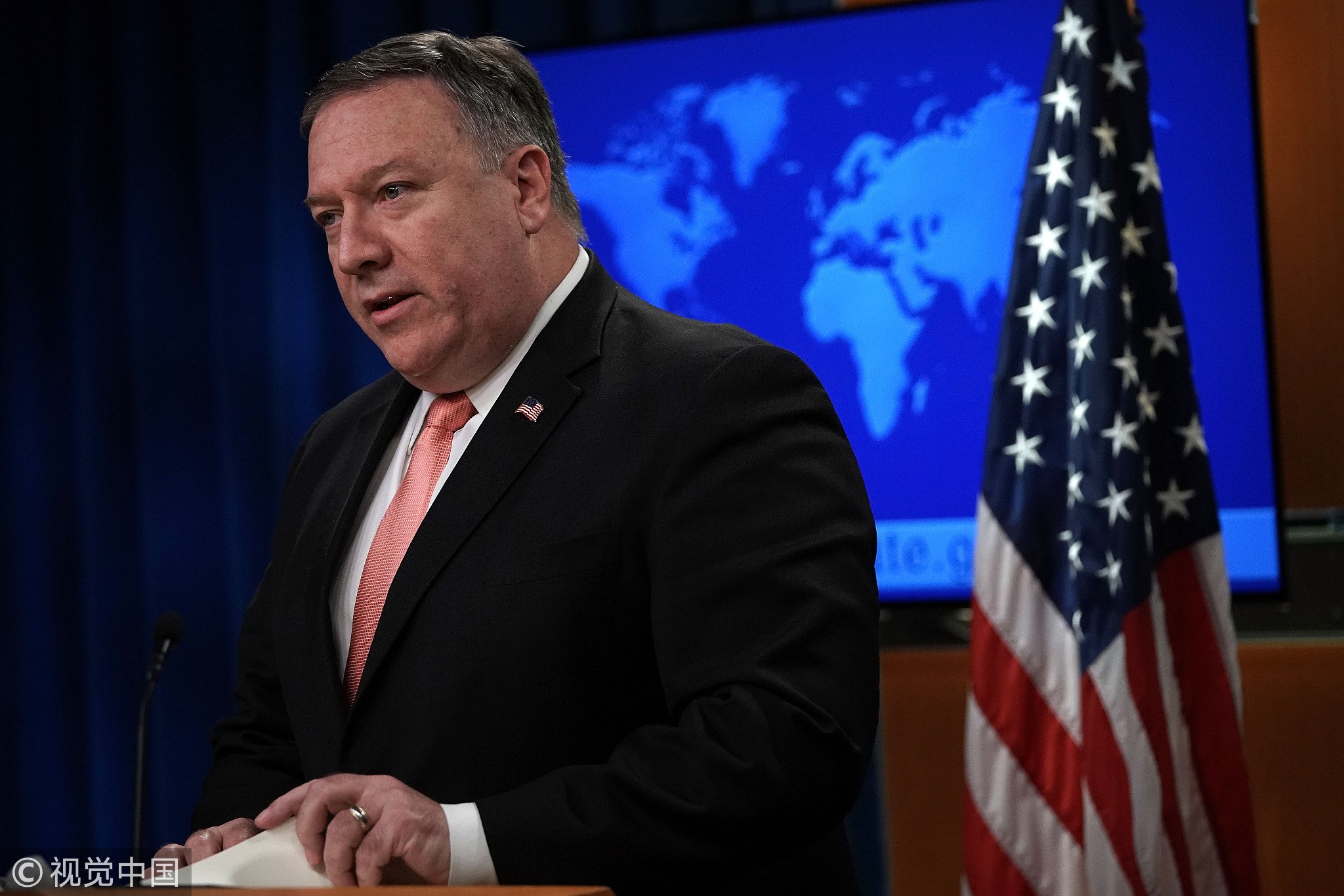 U.S. Secretary of State Mike Pompeo speaks to members of the media in the briefing room of the State Department in Washington, D.C., October 23, 2018. /VCG Photo

U.S. Secretary of State Mike Pompeo speaks to members of the media in the briefing room of the State Department in Washington, D.C., October 23, 2018. /VCG Photo

Trump said on Tuesday he would not suspend arms sales to Riyadh.
"If we foolishly cancel these contracts, Russia and China would be the enormous beneficiaries - and very happy to acquire all of this newfound business. It would be a wonderful gift to them directly from the United States!" Trump said.
U.S. Secretary of State Mike Pompeo defended Trump's support for Saudi Arabia. The U.S. was obligated to adopt policies that furthered U.S. national security interests, Pompeo told a news conference following a meeting with Turkish Foreign Minister Mevlut Cavusoglu in Washington.
Cavusoglu said Turkey is not entirely satisfied with the level of cooperation it is receiving from Saudi Arabia over Khashoggi's murder, and may seek a formal United Nations inquiry.
(Top Photo: U.S. President Donald Trump shakes hands with Saudi Arabia's Crown Prince Mohammed bin Salman in the Oval Office at the White House in Washington D.C., U.S., March 20, 2018. /Reuters Photo)
(Ma Ke also contributed to the story)
Source(s): Reuters