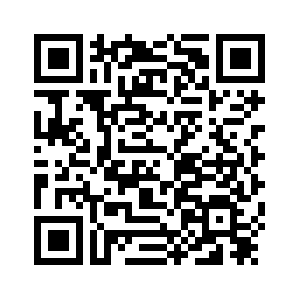 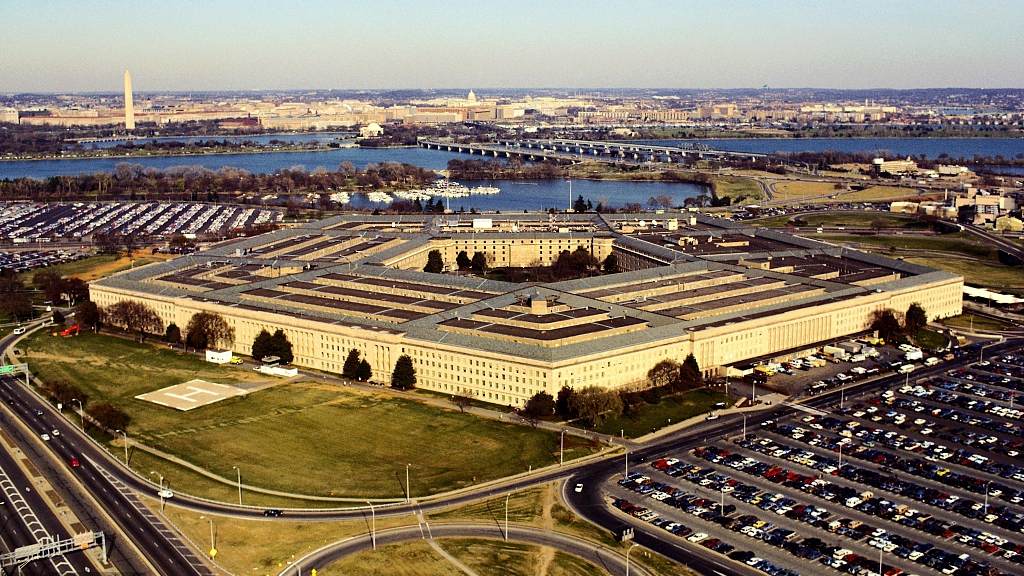 Editor's Note: Bobby Naderi is a journalist, a current affairs commentator, a documentary filmmaker and a member of the Writers Guild of Great Britain. The article reflects the author's opinion, and not necessarily the views of CGTN.
Until March 18, the cult of the air war and regime-change visionaries in the Pentagon, Arlington County, Virginia, couldn't wait to "bomb, bomb, bomb" Iran back to the Stone Age.
Now, the same visionaries are at it again. Yes, they really are. This time, though, they have inked a new fiction. They figure out that their new science fiction "China Threat" could hit the bestseller list on the Capitol Hill in an increasingly degraded and bankrupt Pentagon world they have inherited from retired generals.
In an age of American bankruptcy in militarism and unilateralism, the Pentagon planners and accountants have shaped their 2020 military budget proposal by "new national security threats" that acting Defense Secretary Patrick Shanahan would very much like to claim could come from "China, China, China."
We rate Shanahan's claim half true: Upping his lies, the man is so desperate to justify a rising U.S. military budget, to manufacture a new convenient enemy in the name of 'China, China, China,' and to take sole credit for creating a brand new national security economy for the United States in the Asia Pacific.
The acting defense chief imagines this could happen if only he could go the extra mile on the Capitol Hill and roll out a manufactured threat for the region: “We've been ignoring the problem for too long.” 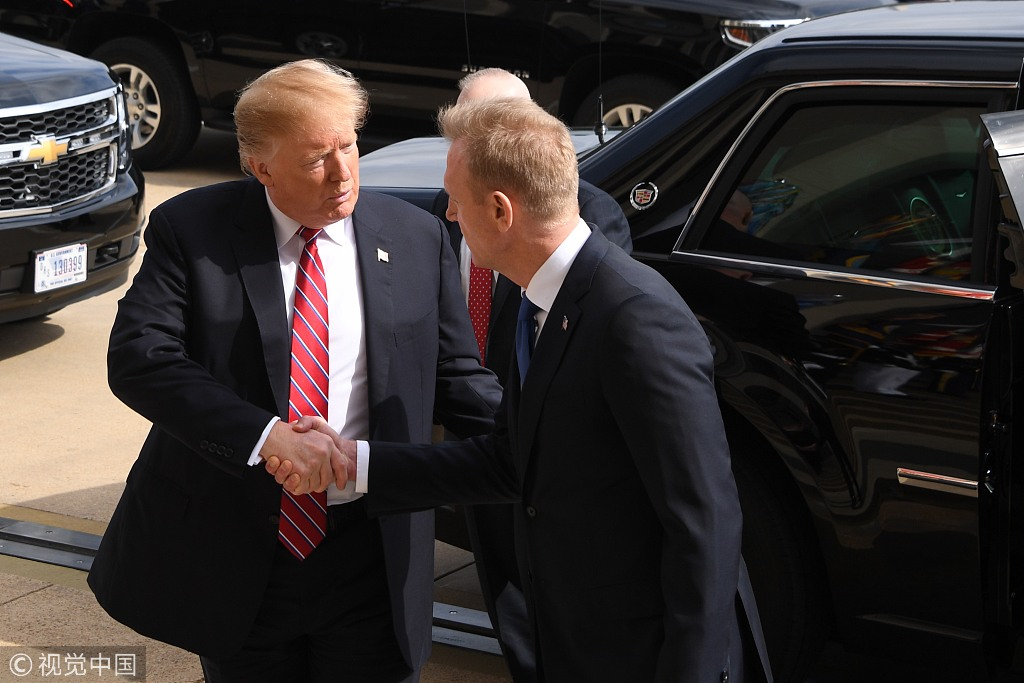 Here is the curious thing. In a flight of flattery, Shanahan could still be true to his words. The allied forces of "big industry, big science, and the big military-industrial complex," who have turned many sovereign nations into failed states and are still fighting the destructive overseas war since 9/11, have been ignoring the Asian giant's original sin for too long.
The only problem is that despite their fictitious paperback, China's technological breakthroughs and economic contributions are not leading our planet to yet more grandiose war footing, yet more destruction and bloodshed, and wider global humanitarian crises; but to a shared growth, shared security, and ever safer living. In the words of President Xi Jinping, towards a "shared future for mankind."
So this one goes to the present occupants of the Pentagon and a country trapped in an endless cycle of avoidable financial bankruptcy and global seclusion: This is a whole new world, in which when the bankrupt United States sneezes, the rest of the world no longer catches cold; everyone just gets the flu shot.
On the contrary, when China sneezes, it's contagious for the rest of the world. Perhaps, that's because China contributes economically and fairly and responsibly – and perhaps because its contributions are not virus-laden and self-interested. 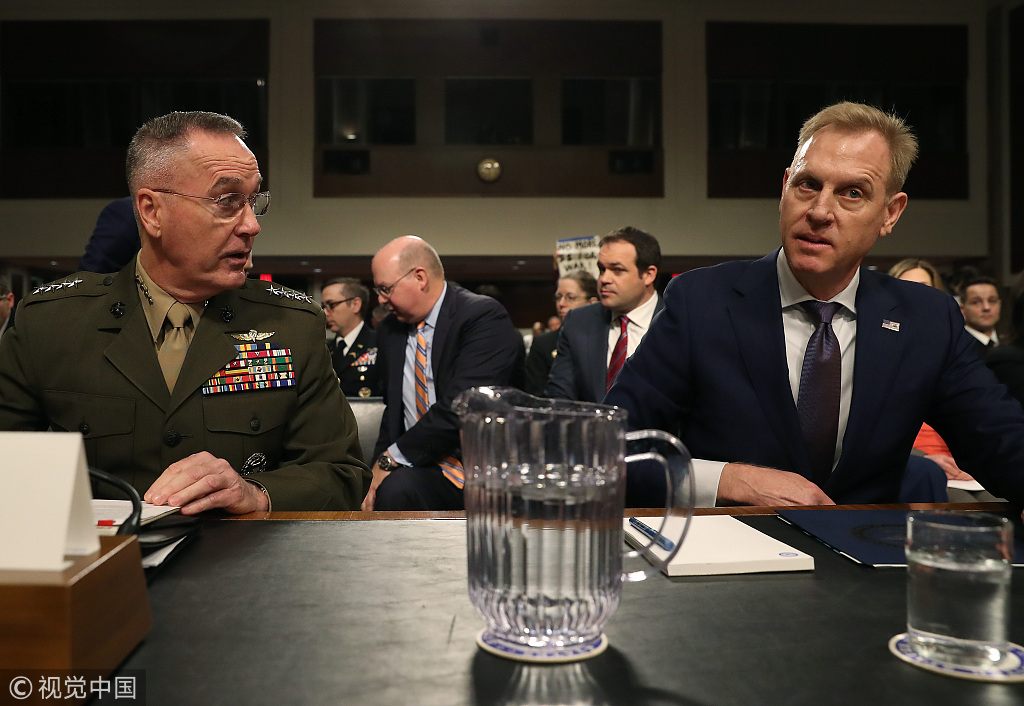 Needless to say, this being China, the essence of its trillion-dollar Belt and Road Initiative (BRI) says it all. Unlike Shanahan's 2020 Pentagon budget proposal, the BRI isn't there to challenge the United States for becoming "great again" or to wage a permanent war on the planet – the same overseas conflicts President Donald Trump says "we have spent 7 trillion U.S. dollars – trillion with a T – 7 trillion U.S. dollars in the Middle East. You know what we have for it? Nothing. Nothing."
The ruling is that there are large uncertainties in predicting that the Asian behemoth would ever follow the same path to bankruptcy and isolation – which Shanahan and accountants and bureaucrats would very much like to take again.
To a remarkable degree, the serious concern shouldn't be a rising China or its "rapidly growing military." But the War Party itself, the neocon faction that's still fighting the retired generals' wars, and as a consequence, alienating frustrated and "frightened" friends and allies like Chancellor Angela Merkel.
The urgent problem, therefore, is not to wage trade war or manufacture new threats but to end the endless war and unilateral attitude that did cost the American people "seven trillion U.S. dollars – trillion with a T."
In all fairness, a nation that hasn't invaded or threatened to invade its neighbors for decades – and is not involved in any contemporary conflict – has in practice demonstrated the fact that it has no appetite for destruction, much less "Indo-Pacific regional hegemony in the near-term or displacement of the United States to achieve global pre-eminence in the future." 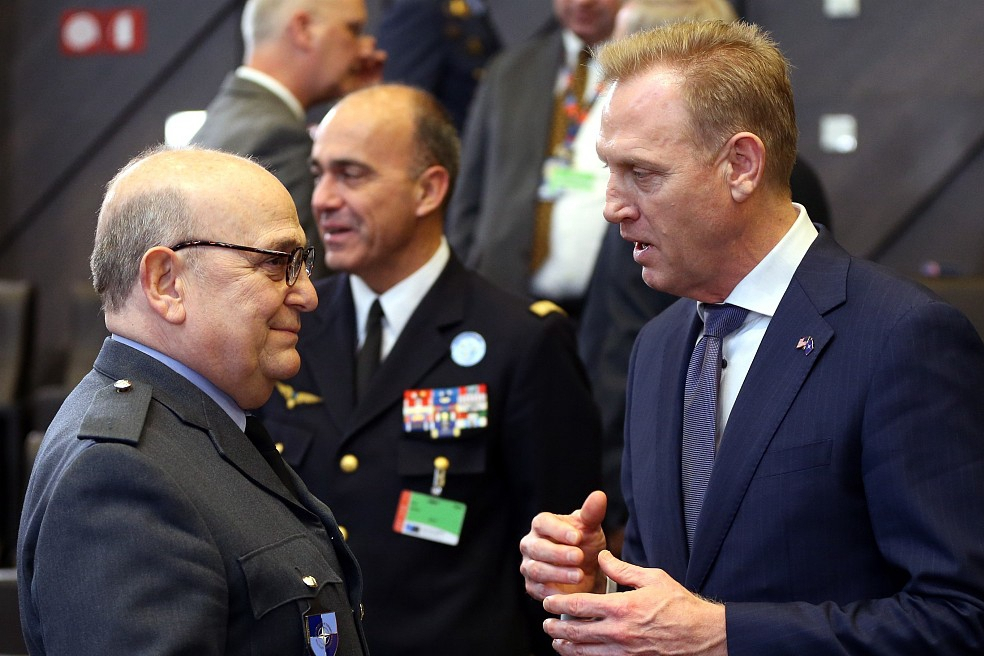 It is, in fact, the United States which has been, and still is, destabilizing and militarizing not just the Asia-Pacific region and the South China Sea but the planet. If you still think this is something new under the sun, then take a good look at Shanahan's budget proposal and that of China. There is a tremendous difference here.
The acting defense secretary's budget is intended to manufacture new "national security threats," institutionalize the endless war, leave generals to do their damnedest with a far longer list of failed nations, and to expand the military-industrial complex with obviously more recommitment to doing more of the same self-defeating policy that's taken America nowhere.
On the other hand, China's defense budget, in turn and above all, is single digit, galaxies away from the ruling reality of Pentagon's paranoia and war-making. The Asian giant plans to lower its defense budget growth rate to 7.5 percent this year, from last year's 8.1 percent, under a draft budget report submitted to the annual session of the National People's Congress.
"Limited defense spending" and not a bottomless money pit is the way forward, which Zhang Yesui, spokesperson for the legislative session, says is "for safeguarding China's national sovereignty, security and territorial integrity."
Translation: China's limited budget is not crafted to throw grenades at the South China Sea, or to get around the facts for war efforts, or to compete with the former Boeing executive's politicized case for the 750-billion U.S. dollar military budget that his accounting tricksters insist is for "the increasing threat from Russia," and for "developing unmanned Navy vessels that could help fight China."
(If you want to contribute and have specific expertise, please contact us at opinions@cgtn.com)