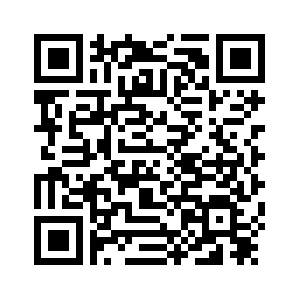 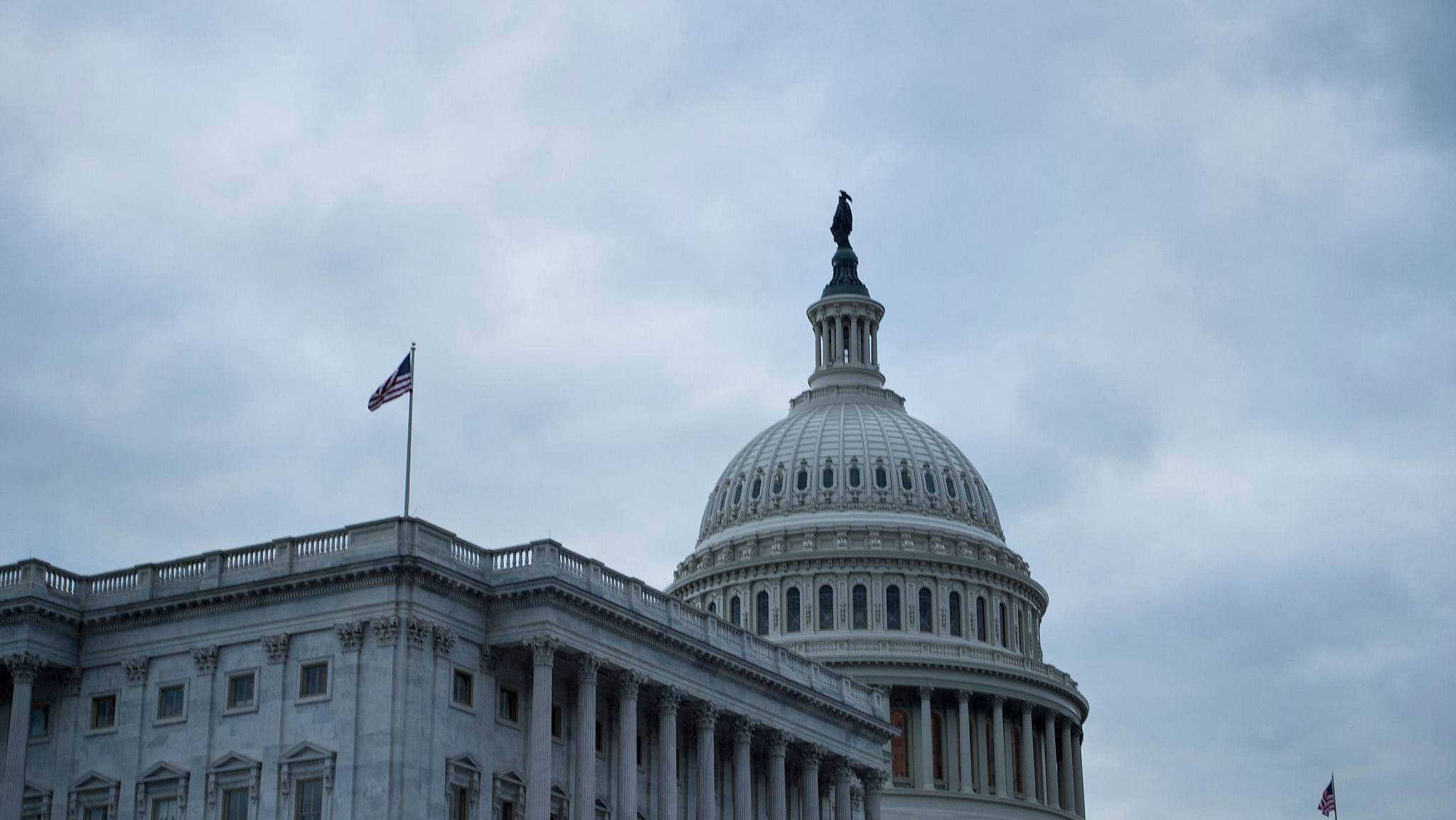 Editor's Note: Liu Jianxi is an opinion editor with CGTN Digital. The article reflects the author's opinions, and not necessarily the views of CGTN.
With the clock ticking down on the big election day, the US, renowned for its democracy, freedom, human rights conditions, is haunted by the specter of domestic terrorism.
Days after a Republican supporter allegedly sent pipe bombs to prominent critics of US President Donald Trump, an antisemitism mass shooting in Pittsburgh left 11 people dead, putting citizens in the "democratic" US on the edge.
"This is a set of circumstances that unfortunately happens in America all too regularly, that is, acts of violence and acts of aggression toward fellow Americans by Americans," John Hudak, a senior fellow at the Brookings Institution was quoted by VOA as saying.
While the US has been earnestly transplanting its "democratic" governance model to other countries, the so-called democratic political system has only brought it "acts of aggression." 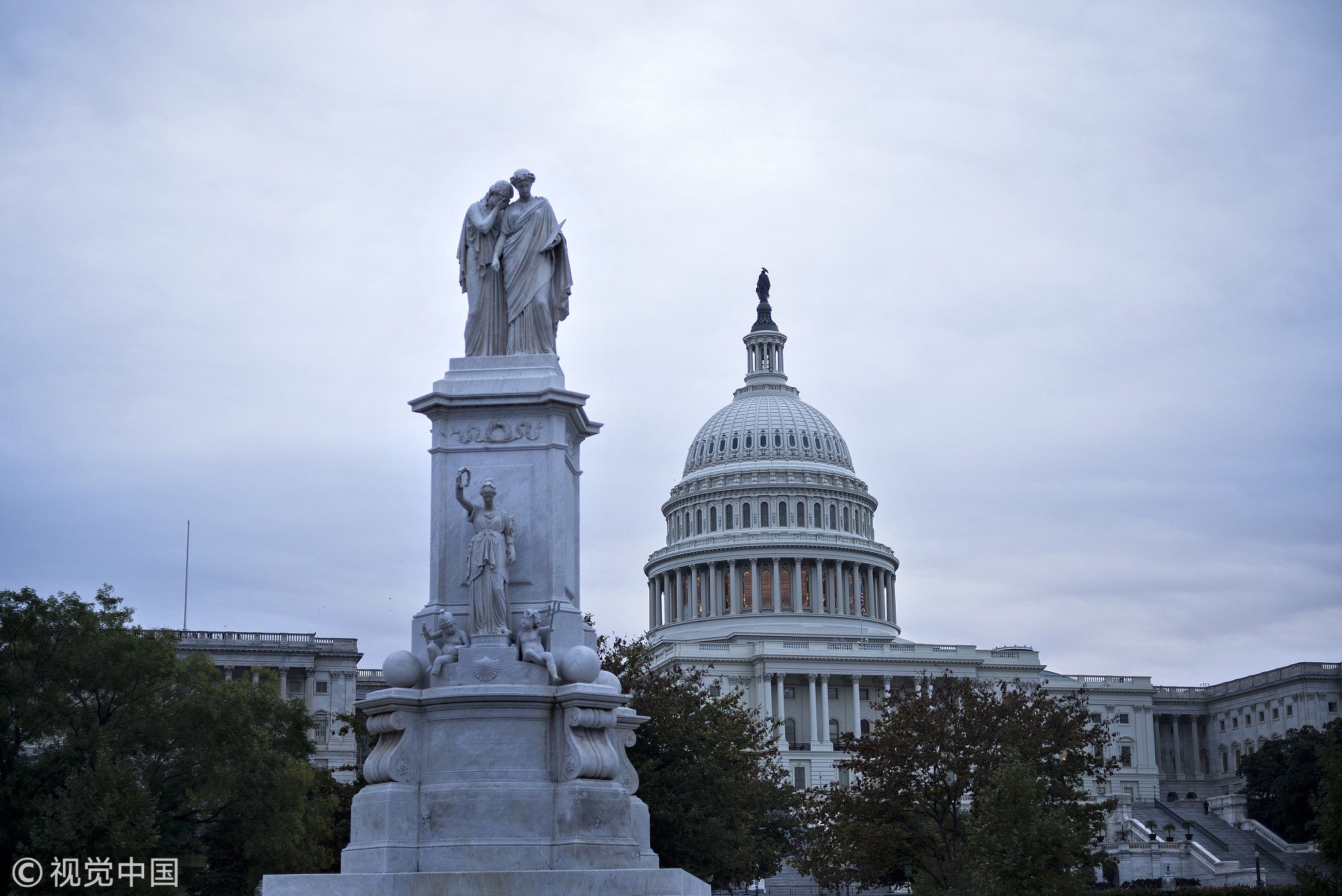 American-style democracy may have its advantages, but undeniably its drawbacks have become increasingly prominent.
Crippling social stability and diminishing government capabilities are some examples.
The US, in recent years, has been thrust under the limelight mainly for its violent accidents, societal turmoil and political scandals, especially during Trump's term in office.
Washington's two-party system means that the scramble for votes is a dominant component of US politics.
In the upcoming midterm elections, all 435 seats in the House of Representatives and 35 seats in the Senate are up for grabs and the results will determine whether Trump would approach his remaining two years in office with headwinds to face or wind it back. 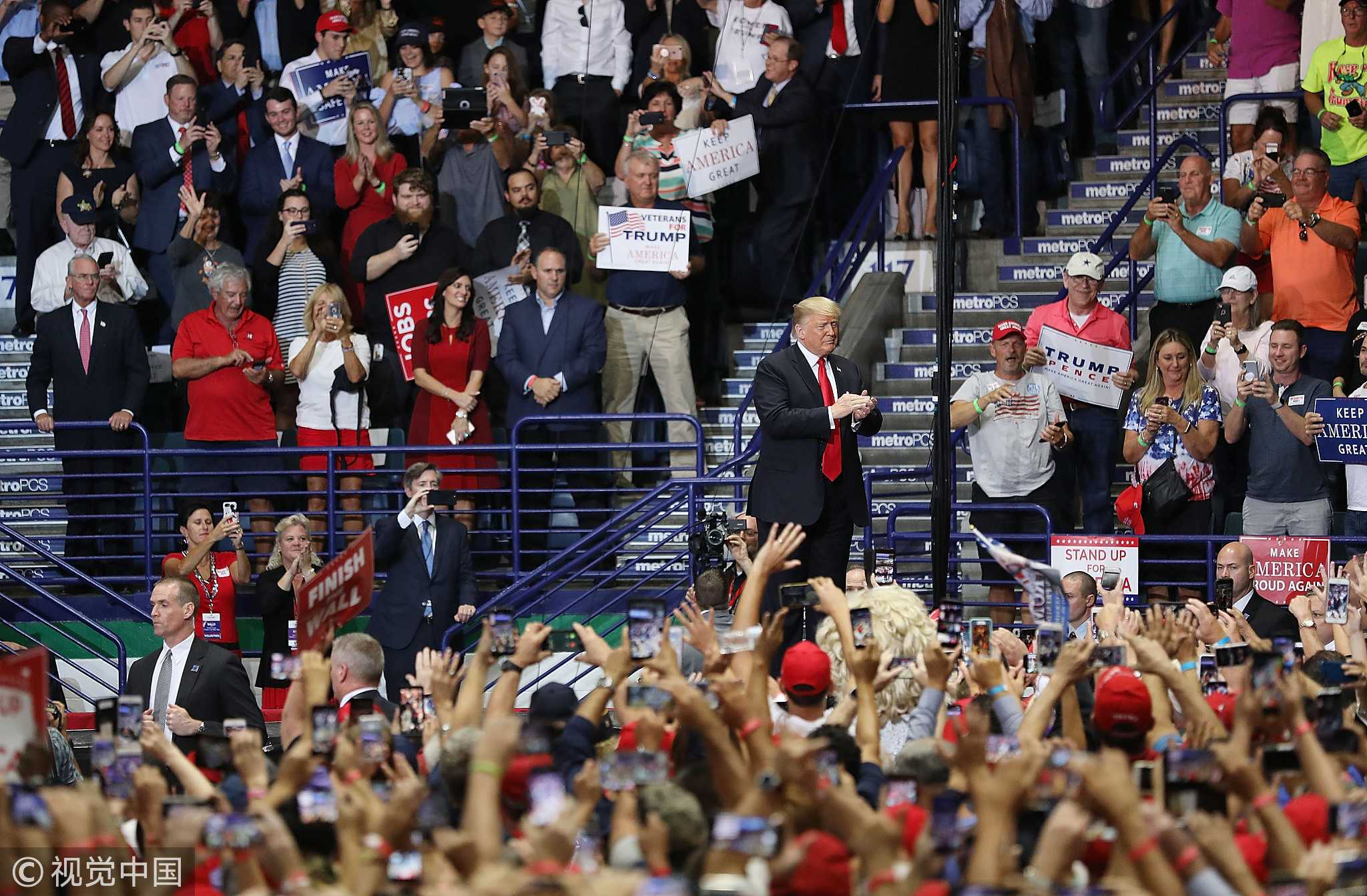 In this context, it's not surprising that politicians strain every nerve, including hostile and inflammatory rhetoric, for votes, sometimes at the expense of American people's benefits.
In less than one week before the November 6 election, Trump took his anti-immigration stance to new heights by vowing to end birthright citizenship for those born on the US soil.
Earlier, Trump pledged to deploy as many as 15,000 military personnel at the Mexican border. 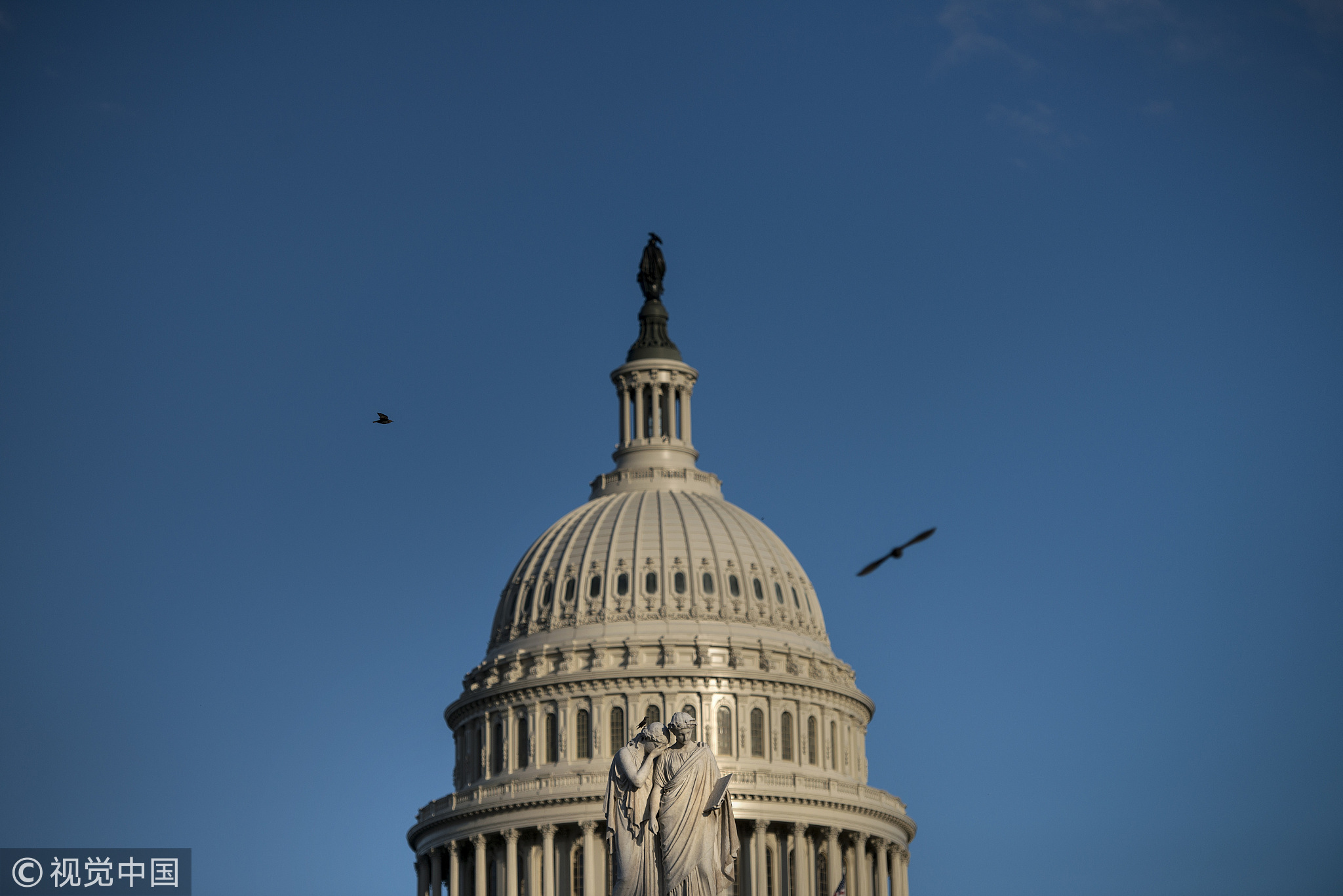 Trump's tough rhetoric and acts on immigration is merely an attempt to mobilize his supporters – mainly grass-roots white people, for whom, the assertion of identity matters the most.
Trump's vote-winning tactic will inevitably deepen social disintegration and even breed hatred among people with different ethnical origins.
Many in the US openly claim that the president cares more about his political career than the well-being of American citizens.
Moreover, the election season in an American-style democracy often means an intensified exchange of verbal attacks and slander between Republicans and Democrats. The hostile rhetoric makes it unlikely for the two parties to cooperate and pass any meaningful legislation for the country.
According to a CNN survey conducted earlier this year, healthcare, economy, and immigration are the three most important factors to voters' choice in this year's midterm elections. However, no effective policies would last long under Washington's two-party system.
Take the Affordable Care Act (ACA), popularly known as Obamacare, as an example. As one of the most significant regulatory overhaul in US healthcare system, the ACA was signed into law by former president Barack Obama in 2010.
Under the ACA, the percentage of people without health insurance dropped from 16 percent in 2010 to 8.9 percent in 2016, according to statistics from the Centers for Disease Control and Prevention. However, the ACA was killed soon after Trump took office, while Trump tagged it as a socialist program offering shoddy care at unsustainable costs.
With the approaching of the midterm elections that may lead to a Democrat-controlled House, the future of ACA has once again become the focus of heated discussions.
"A Democrat-controlled House would, in our view, be a line of defense against further tax cuts, reduced entitlement spending and efforts to repeal the Affordable Care Act," The New York Times quoted senior economist Nancy Vanden Houten as saying.
Apparently, Republicans and Democrats are playing their political game at the costs of American citizens. 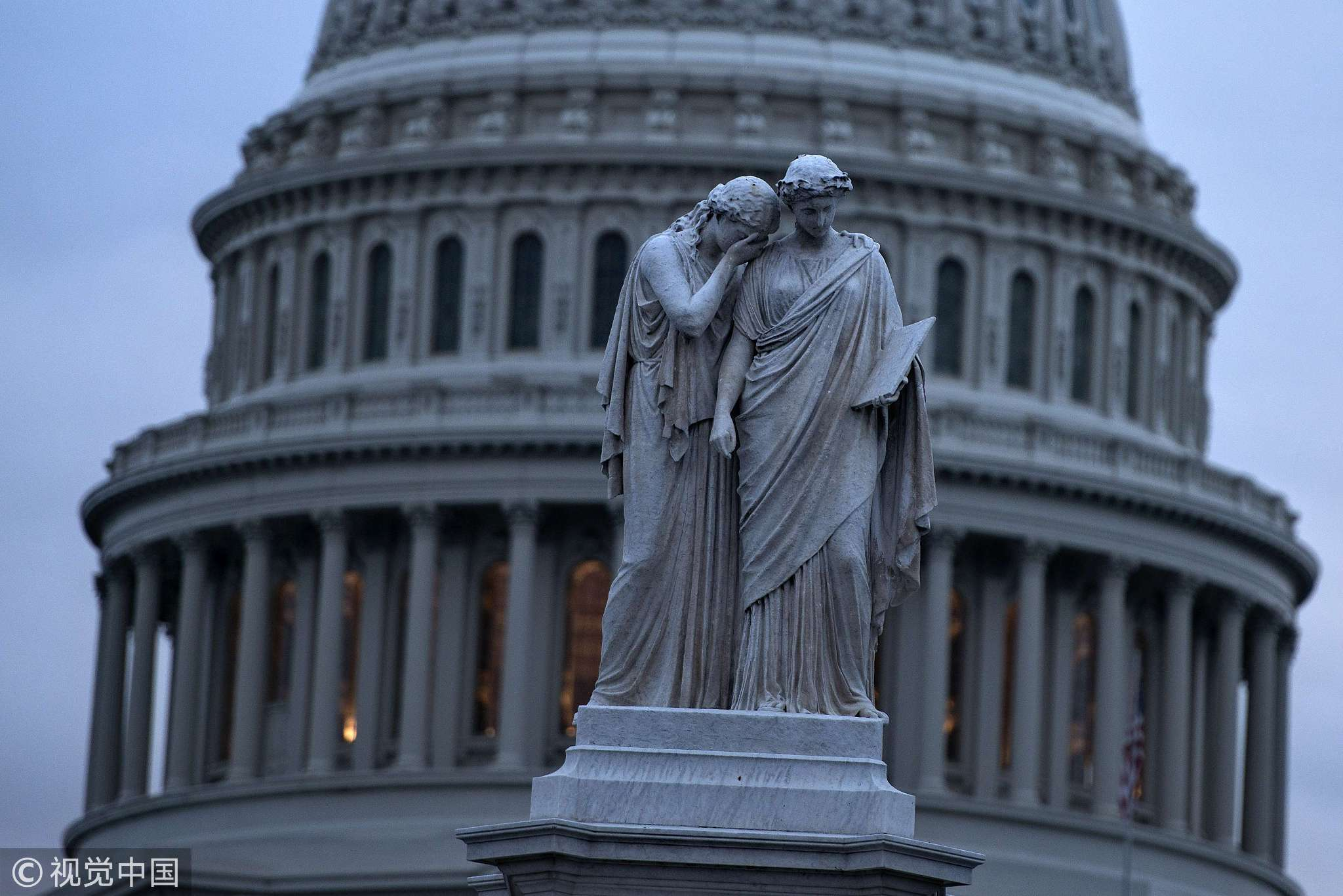 American-style democracy is undergoing a major crisis. Instead of imposing its "democratic" governance model on other countries, the US should concentrate more on its domestic problems.
Political stability is a prerequisite for major powers like the US to bring peace and prosperity to the world.
(If you want to contribute and have specific expertise, contact us at opinions@cgtn.com)