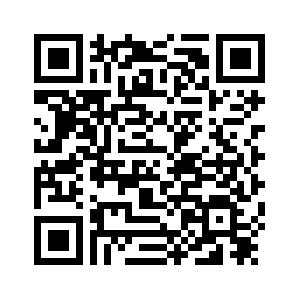 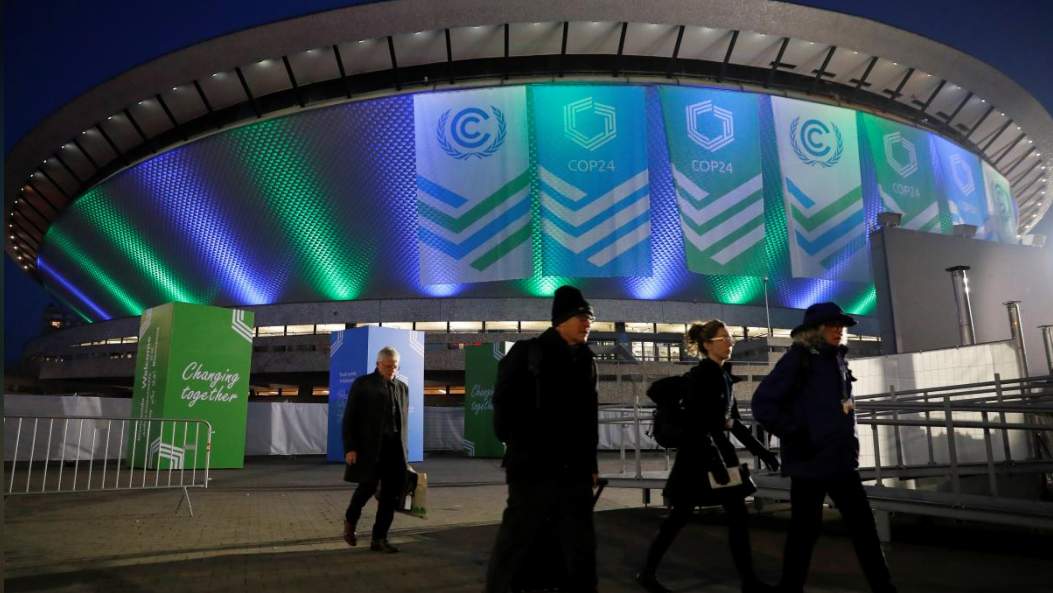 Half-way through talks to breathe life into the Paris climate deal, negotiators haggled over how to share the cost of curbing global warming and struggled to bridge deep political divides.
The two weeks of talks, which began at the start of the week, are billed as the most important UN conference since the Paris 2015 agreement on climate change.
The challenge is to meet a year-end deadline to agree to a rule book to limit global warming, when the unity that underpinned the Paris talks has fragmented.
U.S. President Donald Trump has repeatedly called to scrap the Paris climate pact.
By the end of Saturday, negotiators aim to have a simplified draft for a high-level ministerial debate starting on Monday. 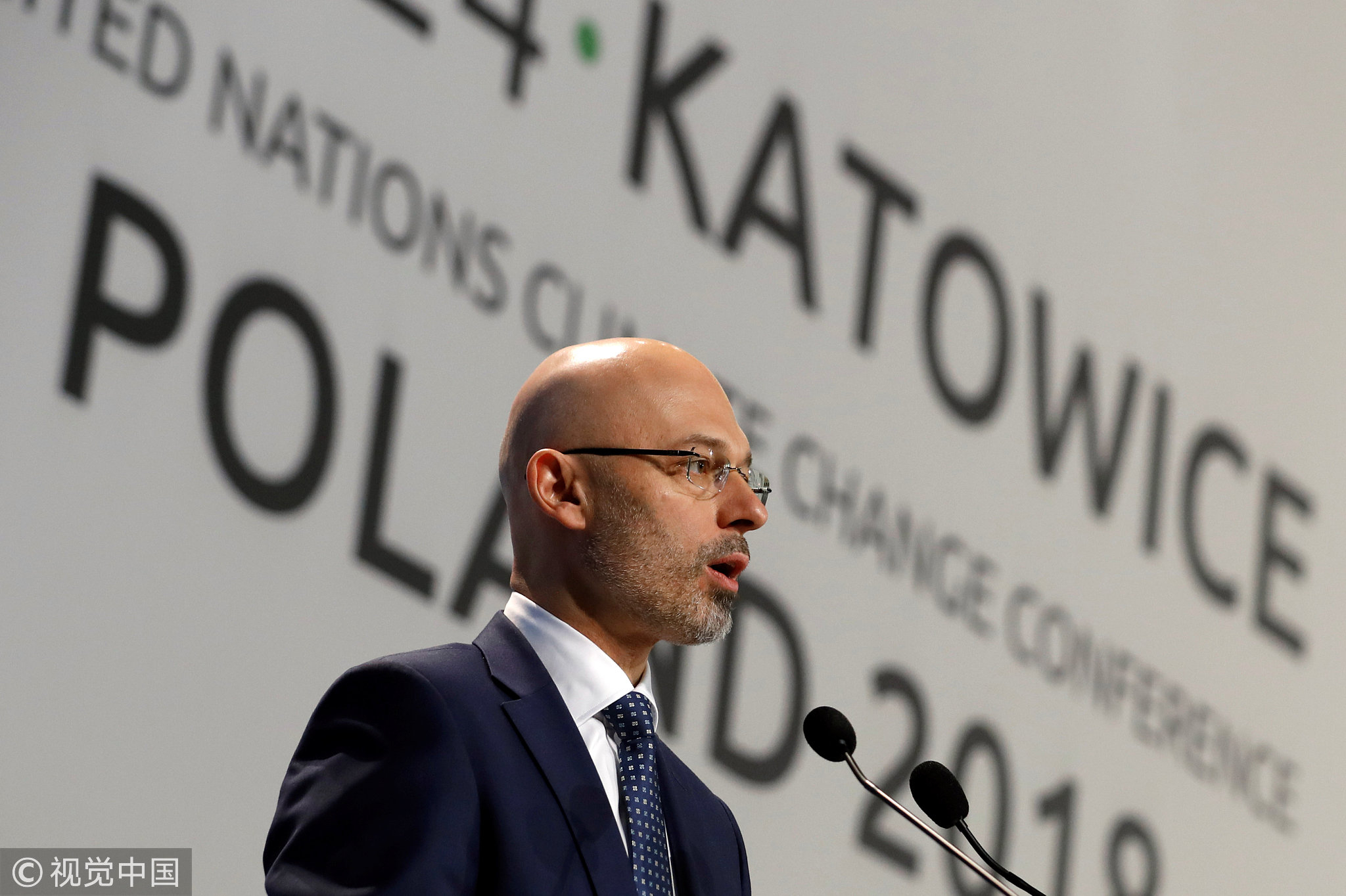 "We still have a lot to do," Michal Kurtyka, the Polish president of the UN talks, told a news conference. "It is very technical, very complex, very difficult."
Delegates said a major issue was how to reassure developing countries that richer nations would deliver on promises to help finance the cost of shifting to a lower carbon economy.
Environmental campaigners are concerned the Katowice talks will lack ambition after the U.S. said this year it was withdrawing from the UN process. Saudi Arabia, the world's biggest oil exporter, in the talks on Saturday added a further challenge by blocking consensus on a major scientific report.
The UN report published in October said it was possible to limit the earth's temperature rise to 1.5 degrees Celsius and prevent damaging levels of global warming provided radical changes in energy consumption and other steps were implemented.
But Saudi Arabia refused to back a proposal from other nations to use wording to "welcome" the report.
Delegates said the task of driving the process forward would fall to ministers next week.
"It's a question of who wins? The likes of the European Union and China with economies deeply invested in climate action and dependent on multilateralism for global trade, or the likes of Saudi dissenters of climate science, with vested interests that put us all in the firing line?" said Camilla Born, a senior policy adviser at E3G, a non-governmental organization. 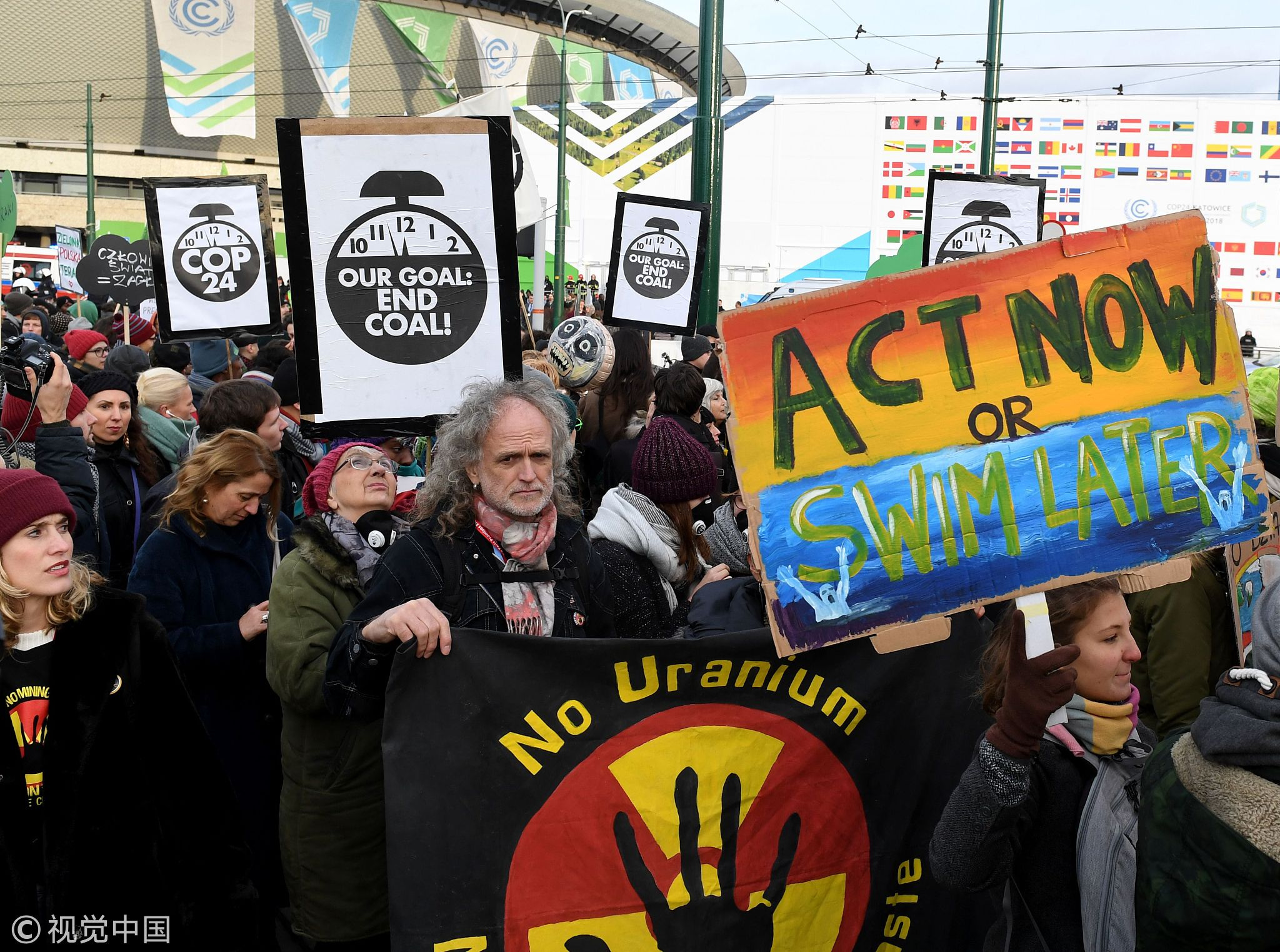 Protesters hold placards during a march demanding strong measures against global warming on the sidelines of the COP24 summit in Katowice, Poland, December 8, 2018.  /VCG Photo

Protesters hold placards during a march demanding strong measures against global warming on the sidelines of the COP24 summit in Katowice, Poland, December 8, 2018.  /VCG Photo

On the streets of Katowice, the capital of Poland's Silesian coal-mining region, thousands of demonstrators marched to demand a deal to limit temperature rises to no more than 1.5 degrees Celsius.
Environmental campaigners also marched in Paris, where violent demonstrations triggered by a fuel tax have taken place.
Delegates in Katowice said the French social protests were unrelated to the UN climate debate, but U.S. President Donald Trump seized on them to call for an end to "the ridiculous and extremely expensive Paris Agreement."
(Cover image: People walk in front of the venue of the COP24 UN Climate Change Conference 2018 in Katowice, Poland, December 5, 2018. /Reuters Photo)
Source(s): Reuters