How likely are you to develop lung cancer, if you smoke?
By Gao Yun 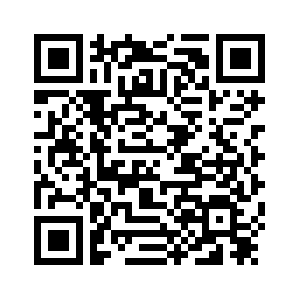 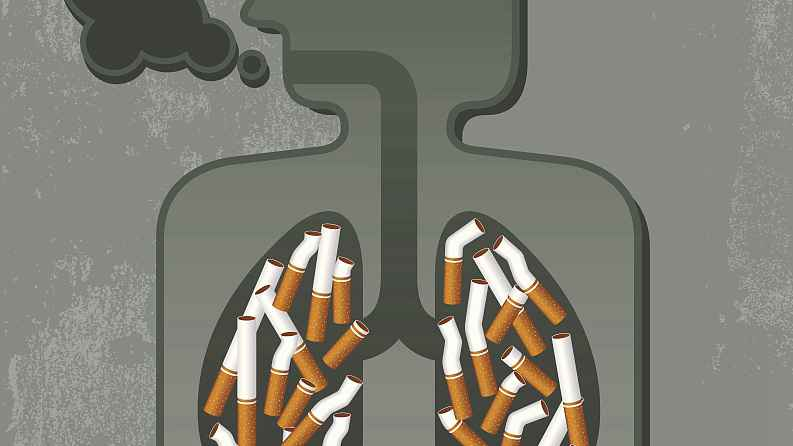 Lung cancer is the most commonly diagnosed cancer in men by high smoking rates, and high rate of exposure to second-hand smoke is the key factor that makes women the sufferers of lung cancer, said the World Health Organization (WHO).
With the No.1 risk factor of cigarette smoking, lung cancer claims millions of lives every year. In 2018 alone, over 1,761,000 deaths of lung cancer have been reported globally, accounting for 18.4 percent of all cancer deaths. The estimated number of new cases also tops the chart, accounting for about 11.6 percent, according to a WHO research. 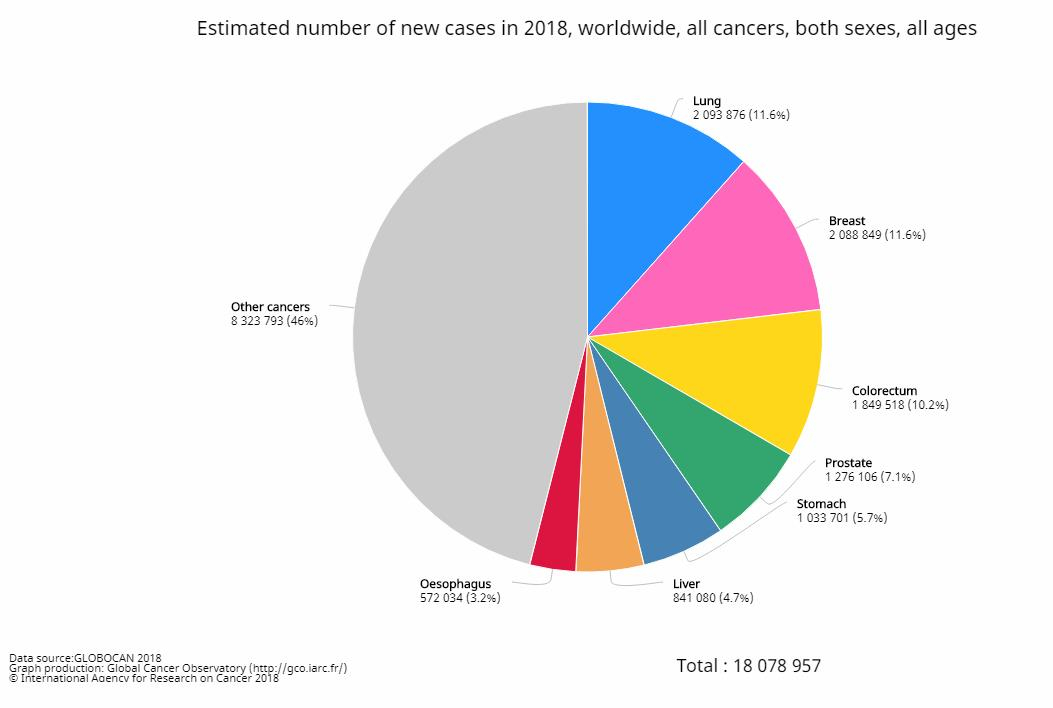 Estimated number of global news cases in 2018. /WHO Photo

Estimated number of global news cases in 2018. /WHO Photo 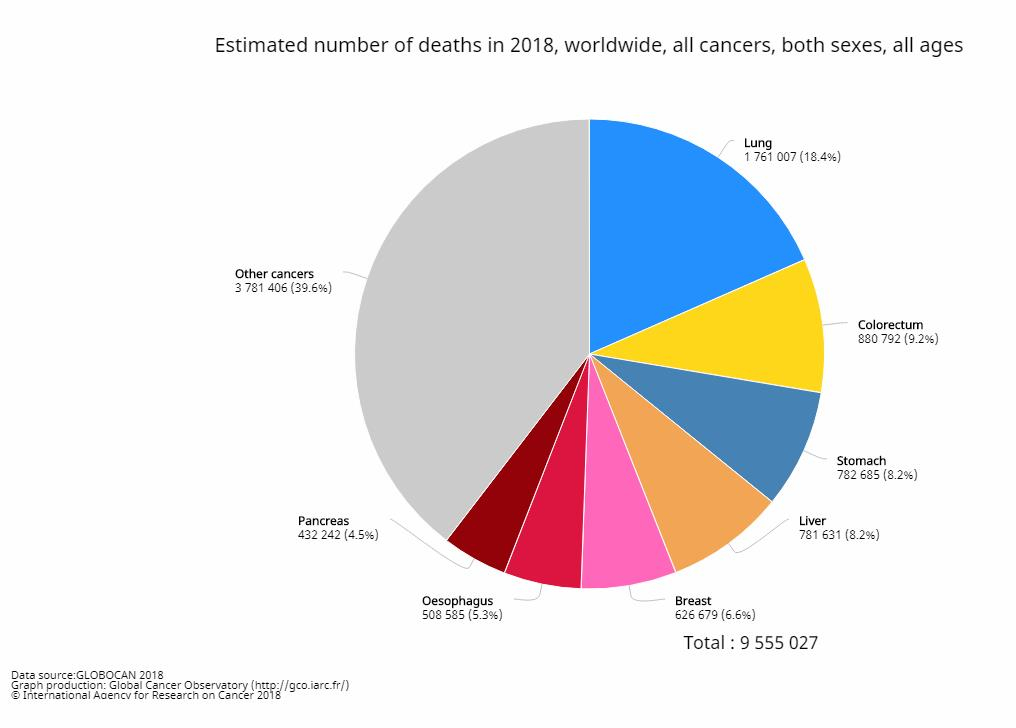 Estimated number of deaths of all cancers in 2018. /WHO Photo

Estimated number of deaths of all cancers in 2018. /WHO Photo

This is just the same case in China, where 690,567 deaths have taken place in 2018 due to lung cancer, possessing the highest mortality rate of all cancers. A total of 774,323 new cases are estimated, also the highest over other cancers.
"If smoking rates, for example, are not reduced, the number of new cases of lung cancer in China can be expected to continue significantly increasing in the future," warned WHO. 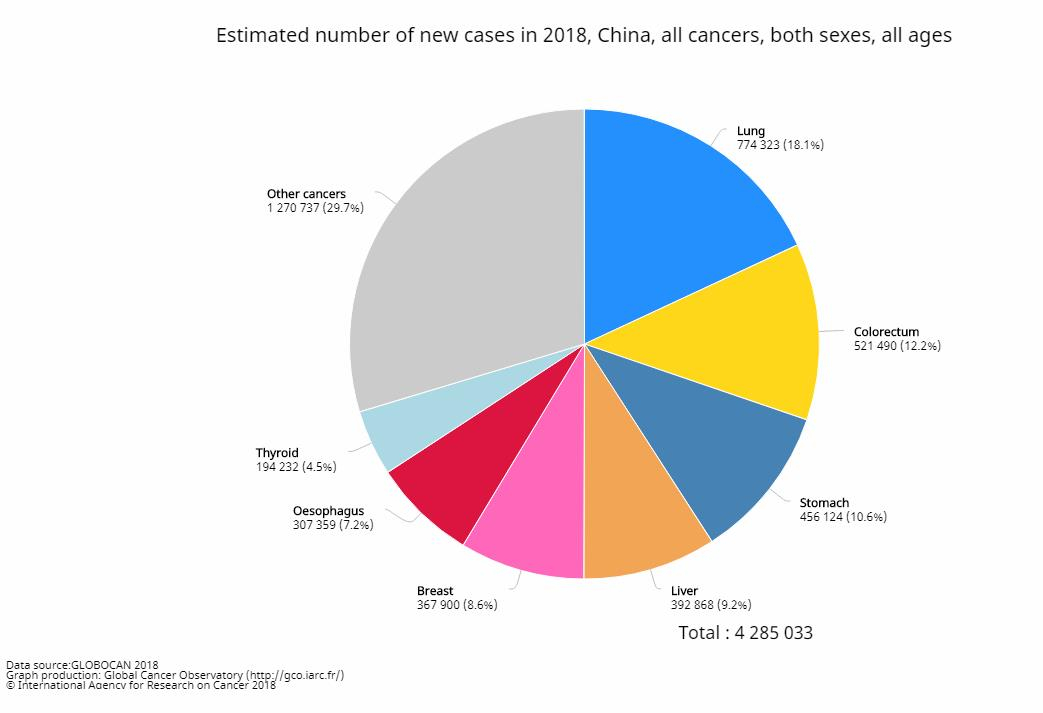 Estimated number of news cases in China in 2018. /WHO Photo

Estimated number of news cases in China in 2018. /WHO Photo

Smoking to relieve fatigue is an illusion

Prevalence of the key risk factors for cancer in China, in particular, tobacco use, is high, WHO told CGTN.
In a 2017 report jointly released by the Chinese Preventive Medicine Association, Chinese Association on Tobacco Control and 35 other institutions, China's tobacco consumption accounted for 44 percent of the world's total tobacco consumption. The number of smokers has increased by 15 million over the past five years. 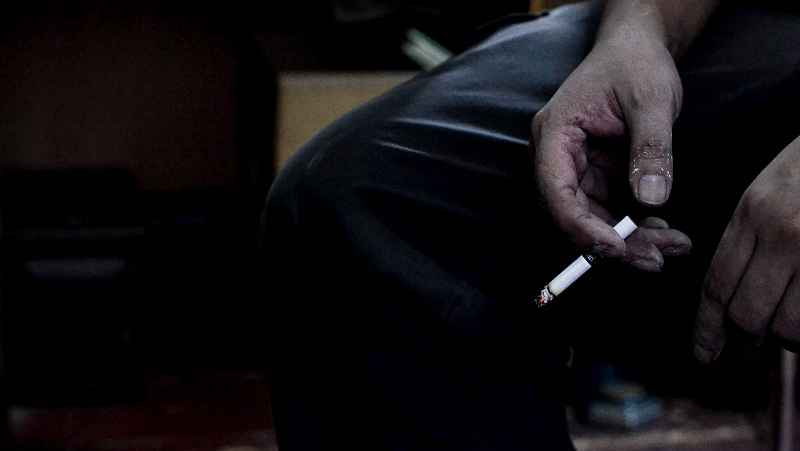 China's tobacco consumption accounts for 44 percent of the world's total, said a report in 2017. /VCG Photo

China's tobacco consumption accounts for 44 percent of the world's total, said a report in 2017. /VCG Photo

Most netizens opting to smoke lies in that they thought it could help regulate emotions and relieve fatigue, said an online survey about smoking conducted by China's tech-giant Tencent in 2016.
However, the British Journal of Psychiatry pointed out that the common idea is just a kind of illusion, and the best way to relieve stress is exercise.

Over 80 percent of the public know that smoking causes lung cancer, said an assessment report of International Tobacco Control project in China from 2006 to 2015, but remain a lower awareness of other diseases caused by smoking.
The good news is that the public's awareness of the harm brought by second-hand smoke has been significantly improved, and they, including smokers, highly support for a comprehensive smoking ban in all public places and workplaces, said the report.
The smoking-quitting rate of urban smokers saw a slight increase from six percent to 9.2 percent. The willingness of Chinese smokers to give up smoking remains low compared to that of other countries, the report added. Contradicted to it, China's young generation has shown a high willingness to quit the habit.
According to China's Global Youth Tobacco Survey (GYTS) 2014, which collected data from 155,117 students in grade one to three from 1,020 domestic middle schools, seven in 10 current smokers tried to stop smoking in the past 12 months, and about 72 percent want to stop smoking. 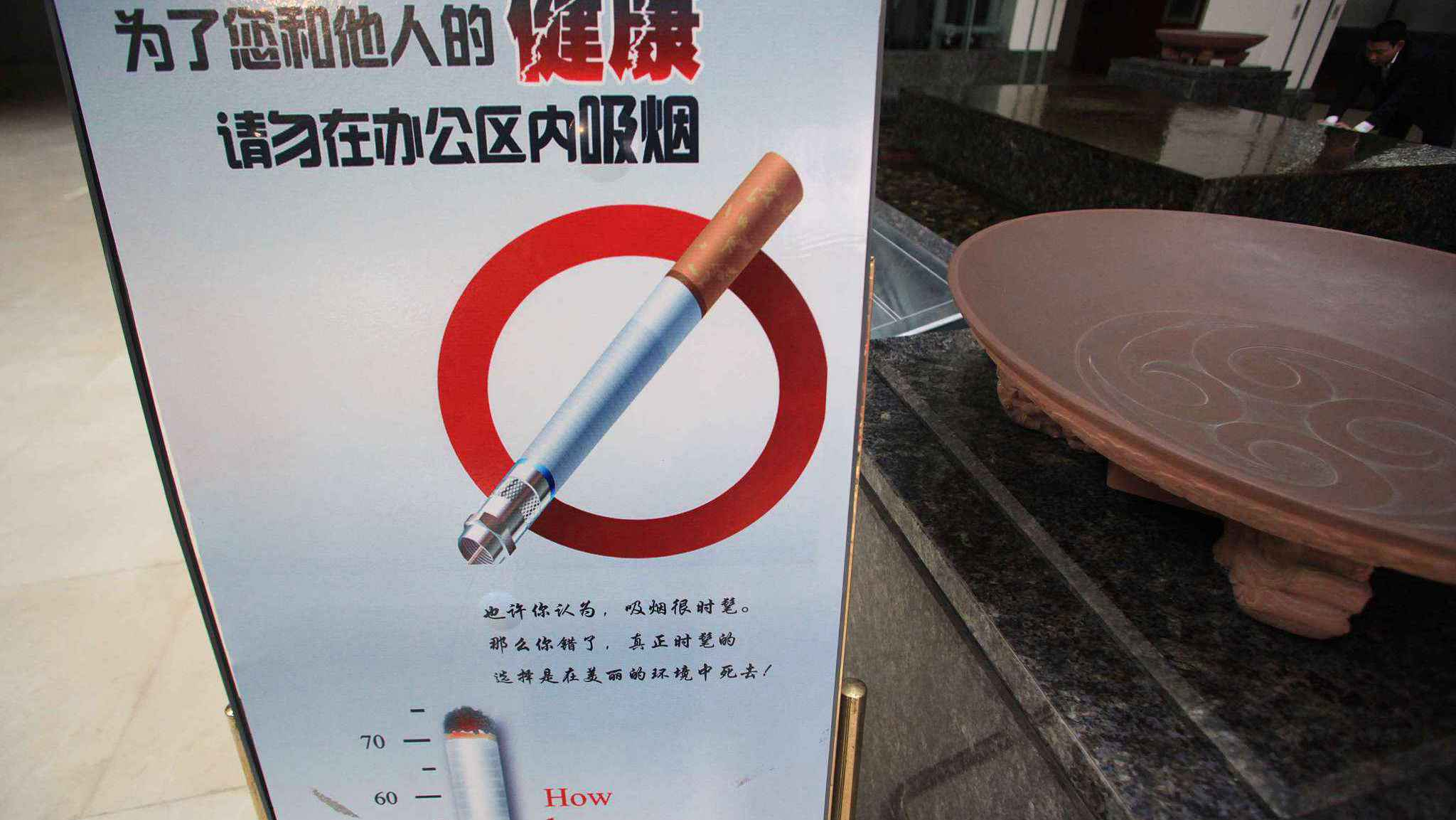 By the end of 2016, eighteen Chinese cities have formulated local smoke-free environmental laws and regulations, covering one-tenth of the country's total population. Major cities including Beijing, Shanghai, and Shenzhen have banned smoking in indoor public areas. And Xi'an is the latest one to join whose regulation of making all indoor public places completely smoke-free took effect from November 1.
"More cities in China are following the trend and strengthening their smoke-free laws," said Dr. Gauden Galea, WHO representative in China.
Other measures China has taken to control smoking include banning tobacco advertisements in mass media, public places, and transportation or outdoors, prohibiting send any form of tobacco advertising to minors, as well as increasing cigarette tax.
Experts also suggest ways for smoking quitting, including enforcing national-level smoke-free laws, promoting smoking cessation services, and putting pictorial warnings on tobacco packs which have been proved to be effective to promote anti-smoking behaviors.
[CGTN's Alok Gupta and Pan Zhaoyi also contributed to this story]