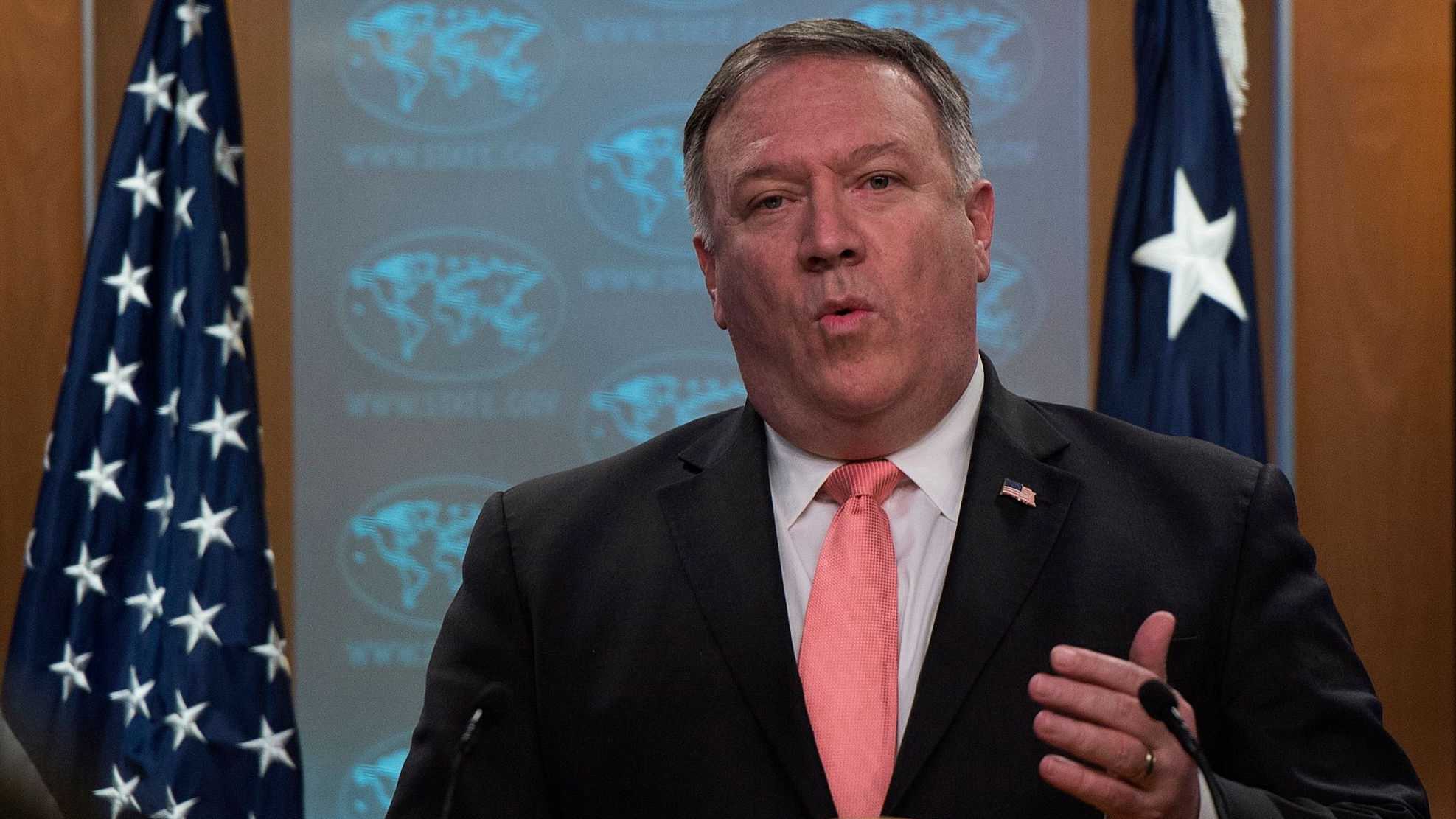 US Secretary of State Mike Pompeo said on Sunday that he will meet a senior official from the Democratic People's Republic of Korea (DPRK) this week in New York to discuss denuclearization and a possible second summit between US President Donald Trump and DPRK leader Kim Jong Un.
"I expect we'll make some real progress, including an effort to make sure that the summit between our two leaders can take place where we can make substantial steps toward denuclearization," Pompeo said on CBS's "Face the Nation." Pompeo's meeting with Kim Yong Chol later this week comes with the two sides at loggerheads for nearly five months after a historic summit in June in which Trump and Kim pledged to work towards the denuclearization of the Korean Peninsula.
The DPRK's foreign ministry warned earlier in the week that Pyongyang will "seriously" consider reviving its nuclear weapons program unless US sanctions are lifted.
Pompeo dismissed the statement, telling Fox News Sunday "I'm not worried about that."
"We are very focused. We know with whom we are negotiating, we know what their positions (are) and President Trump has made his position very clear," Pompeo said.
He added that there would be "no economic relief until we have achieved our ultimate objective."
News of the meeting, and the possibility of another summit, also come just two days before crucial US midterm elections seen as a referendum on Trump.
Trump has often pointed to the detente with DPRK – the subject of saber-rattling rhetoric and soaring tensions early in his term – as a signature foreign policy accomplishment. 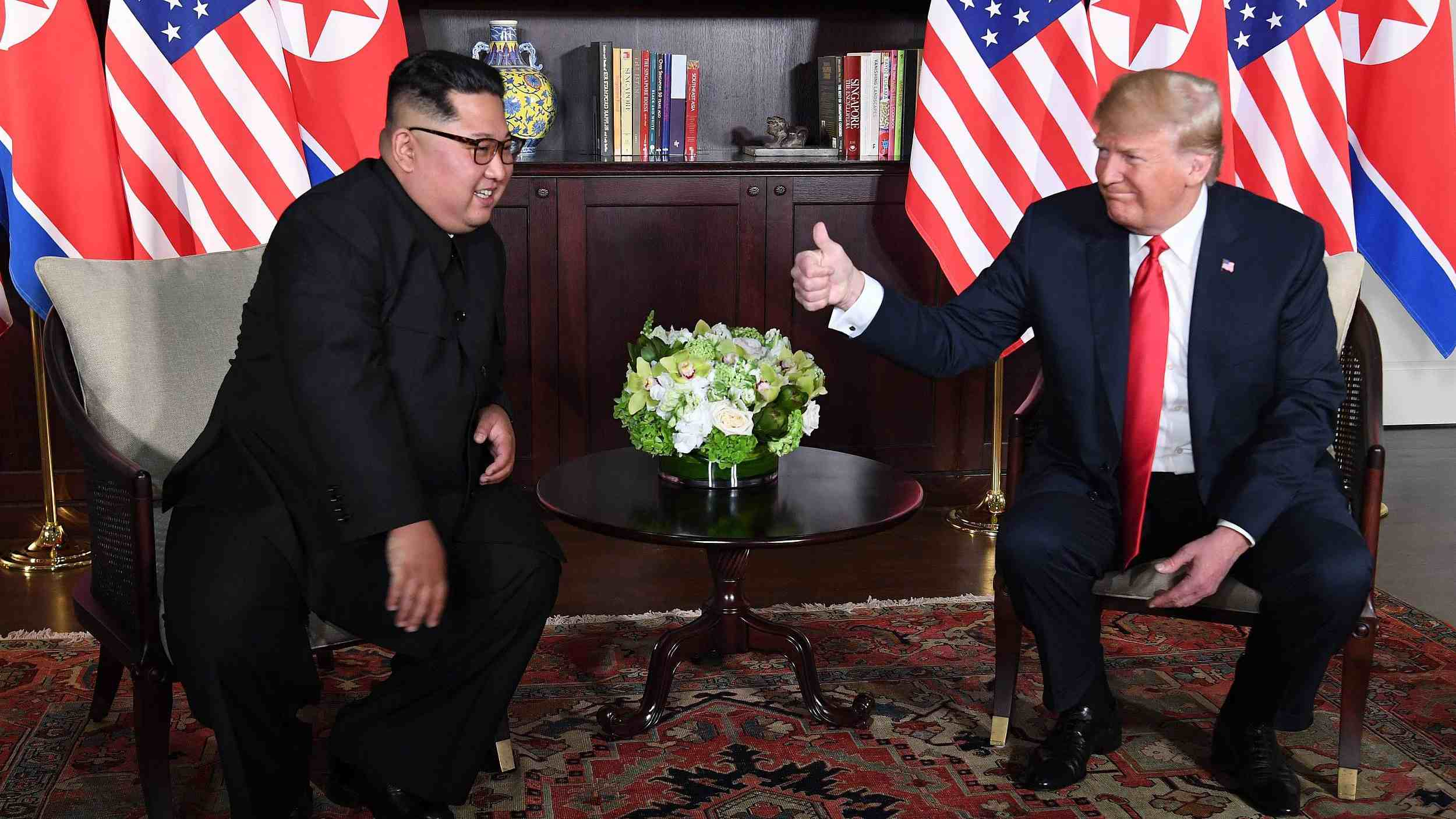 US President Donald Trump (R) gives a thumbs-up as he sits down with DPRK leader Kim Jong Un (L) at the Capella Hotel on Sentosa Island in Singapore, June 12, 2018. /VCG Photo

US President Donald Trump (R) gives a thumbs-up as he sits down with DPRK leader Kim Jong Un (L) at the Capella Hotel on Sentosa Island in Singapore, June 12, 2018. /VCG Photo

Pompeo emphasized in both television appearances that there have been no missile or nuclear tests since the summit in Singapore, and remains of US troops killed during the Korean War have been returned.
"We've had success in just a handful of months since this past June, and we continue to make good progress. I'm confident that we'll advance the ball again this week when I'm in New York City," he said on CBS.

But the progress has fallen well short of the promise of the summit, with Washington pushing to maintain sanctions against the DPRK until its "final, fully verified denuclearization," and Pyongyang condemning US demands as "gangster-like."
"The improvement of relations and sanctions are incompatible," said the foreign ministry statement, released under the name of the director of the foreign ministry's Institute for American Studies.
"What remains to be done is the US corresponding reply," it added.
Kim Yong Chol visited the White House in the diplomatic run-up to the Singapore summit and has been Pompeo's chief interlocutor in the months since.
In mid-October, Pompeo evoked the possibility of a second summit, preceded by talks with Kim Yong Chol.
"We're working on finding dates and times and places that will work for each of the two leaders," Pompeo said at the time.
Source(s): AFP