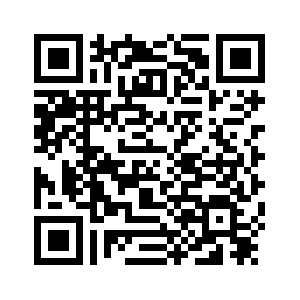 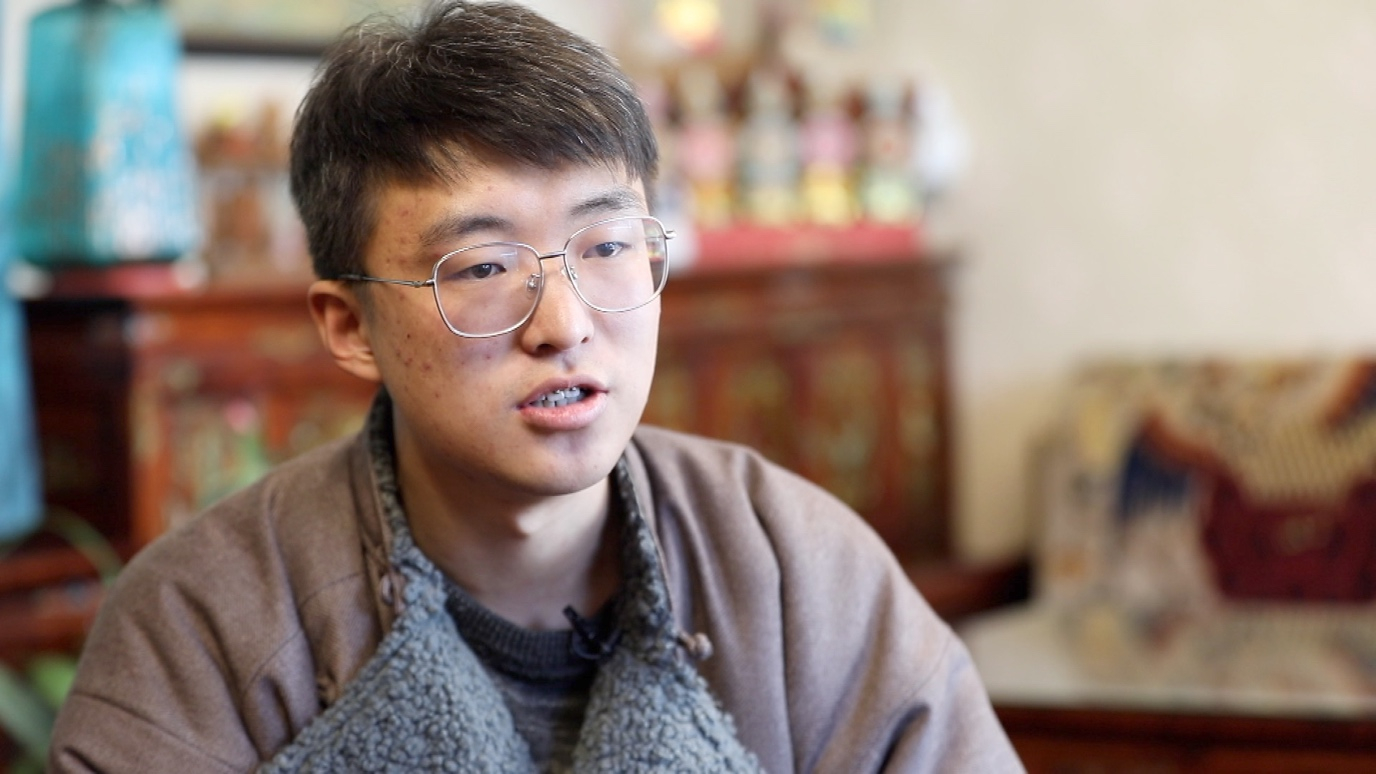 The Tibetan New Year, also known as Losar, is the most important festival on the Tibetan calendar. The three-day event starts on February 5 this year, heralding the Tibetan Year of the Pig. The tradition not only brings together locals for family reunions but presents an opportunity for them to become immersed in ancient cultures. This is true for Tenzin Ngodup, a young Tibetan man.
Tenzin, a student at Sichuan University, was born in Lhasa, the capital city of southwest China's Tibet Autonomous Region, and spent his primary school years there. The young man then went to China's inland cities to continue his middle school education under a special program for Tibetan students.
This year, the Tibetan New Year coincides with the Chinese New Year, or Spring Festival, and Tenzin came back to Lhasa to observe the occasion with his family and friends. 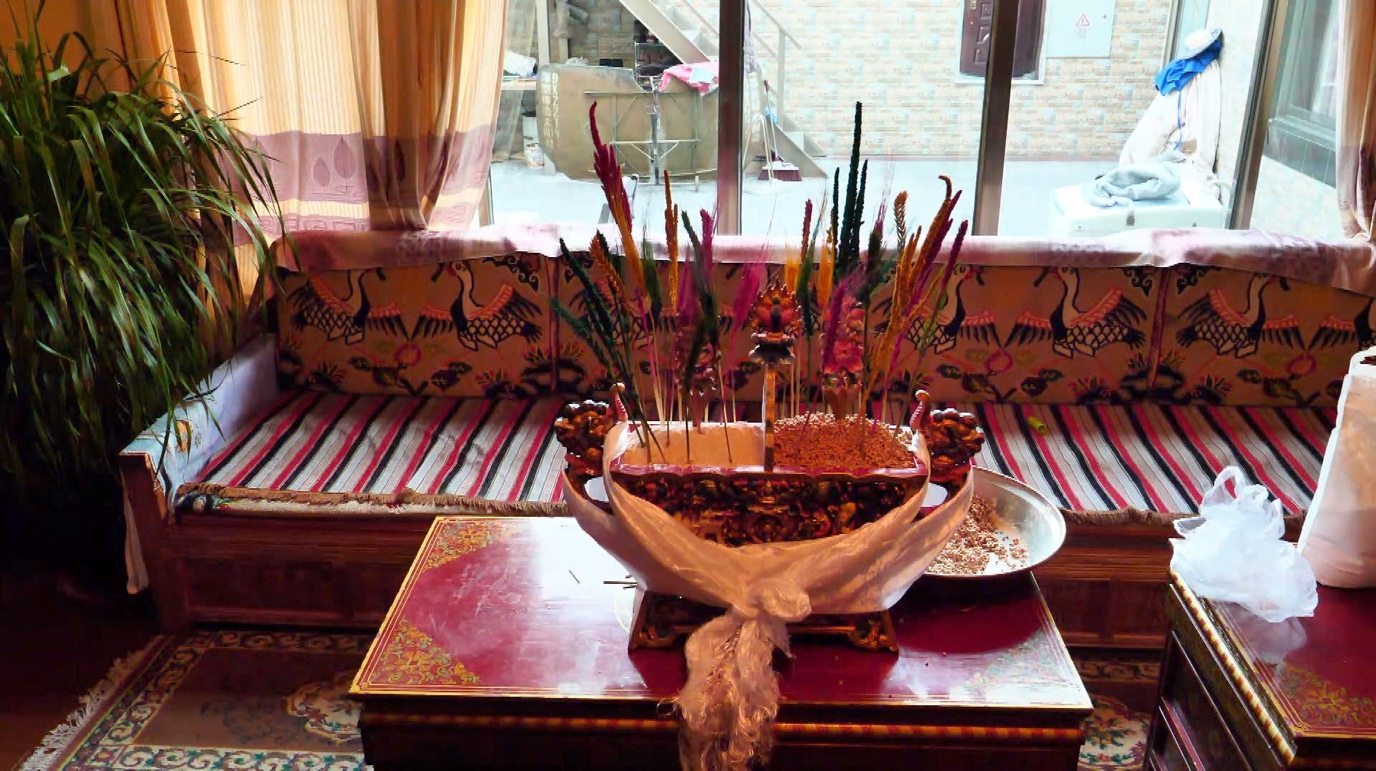 Chemar, a colorful wooden box made of highland barley ears, yak butter among others, is on display at a Tibetan home. /CGTN Photo

Chemar, a colorful wooden box made of highland barley ears, yak butter among others, is on display at a Tibetan home. /CGTN Photo

What is Tibetan New Year all about?

Based on the Tibetan calendar, the annual New Year celebration begins on December 29, a date named Gutor, literally meaning offering of the 29th.
On Gutor, people will do house cleaning and decorate the rooms. In the evening, they carry torches, calling out words for exorcism. The ritual is focused on driving out all negativity and starting the new year in a peaceful and auspicious way.
The hostess will cook special New Year dishes. One of them is a soup served with small dumplings called Guthuk. People place different ingredients such as chilies, salt, wool, rice and coal in dough balls, which are then handed out. The ingredients that one finds hidden in one's dough ball are supposed to be a lighthearted comment on one's character. Chilies, for example, indicates that a person is talkative. 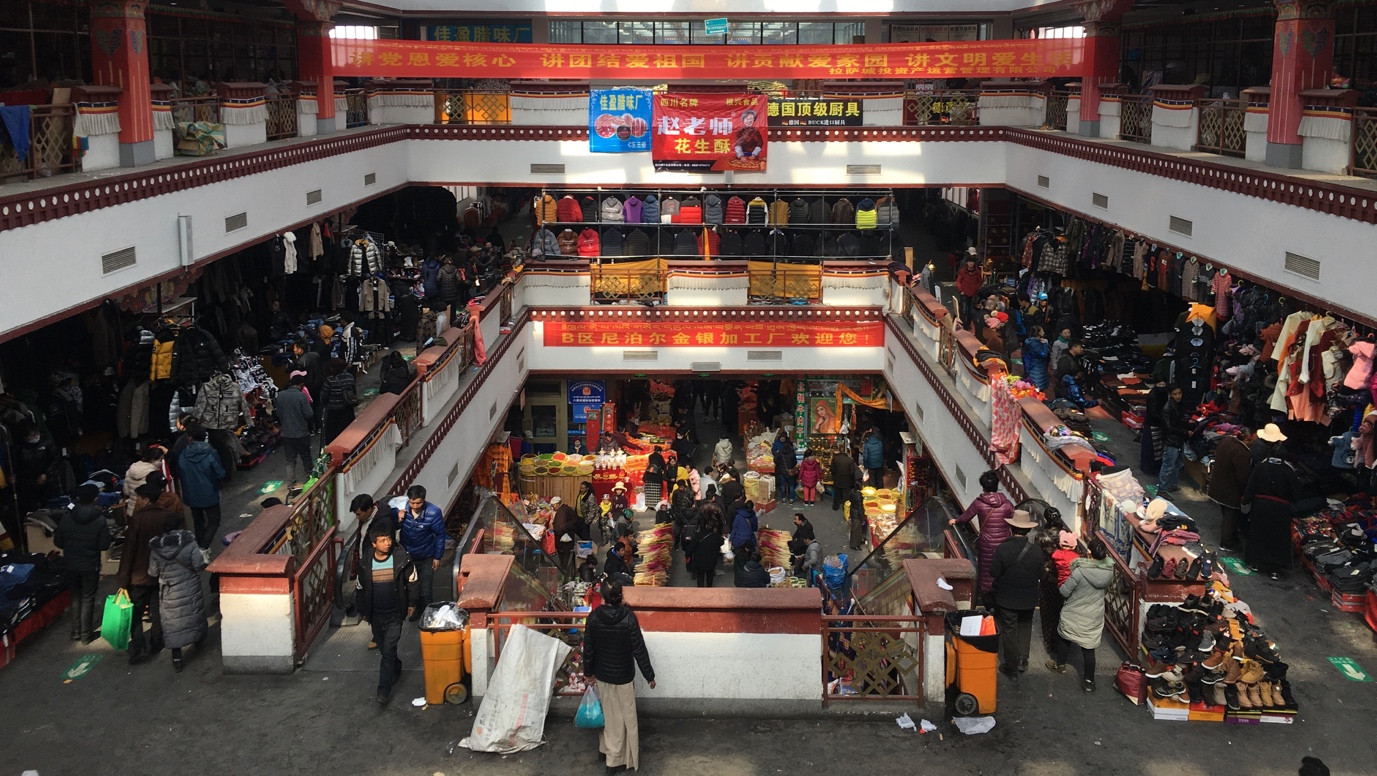 Losar starts on the first day of the first month of the Tibetan Calendar when the new moon is seen. Tenzin Ngodup told CGTN that on New Year's Day, they get up very early, and drink Changon. It's a porridge-like food made of barley wine. They then put on Tibetan attire and go out to deliver new year greetings, saying "Losar Tashi Delek," which means blessings and good luck.
To mark the Losar, Tibetans hold a three-day festival filled with prayers, ceremonies, folk dances, and friends and family reunions. Afterward, Tibetans throw parties and get-togethers for 15 days, ending the festivities with the Butter Lamp Festival on the first full moon.

Growing up and local tradition

For Tenzin, his expectations for the new year are not as strong as when he was young. He shared with CGTN that he has transformed from a person who took all conveniences for granted into someone who has learned to contribute. His focus now is not on how to have fun during the occasion, but on how to help his parents do the preparation work.
According to Tenzin, most families observe New Year traditions in an authentic way. But there are also some who choose to travel to cities like Sanya and Chengdu to spend the festival.  And his family observes traditions faithfully, like they always adorn the house with Chemar and other ornaments. 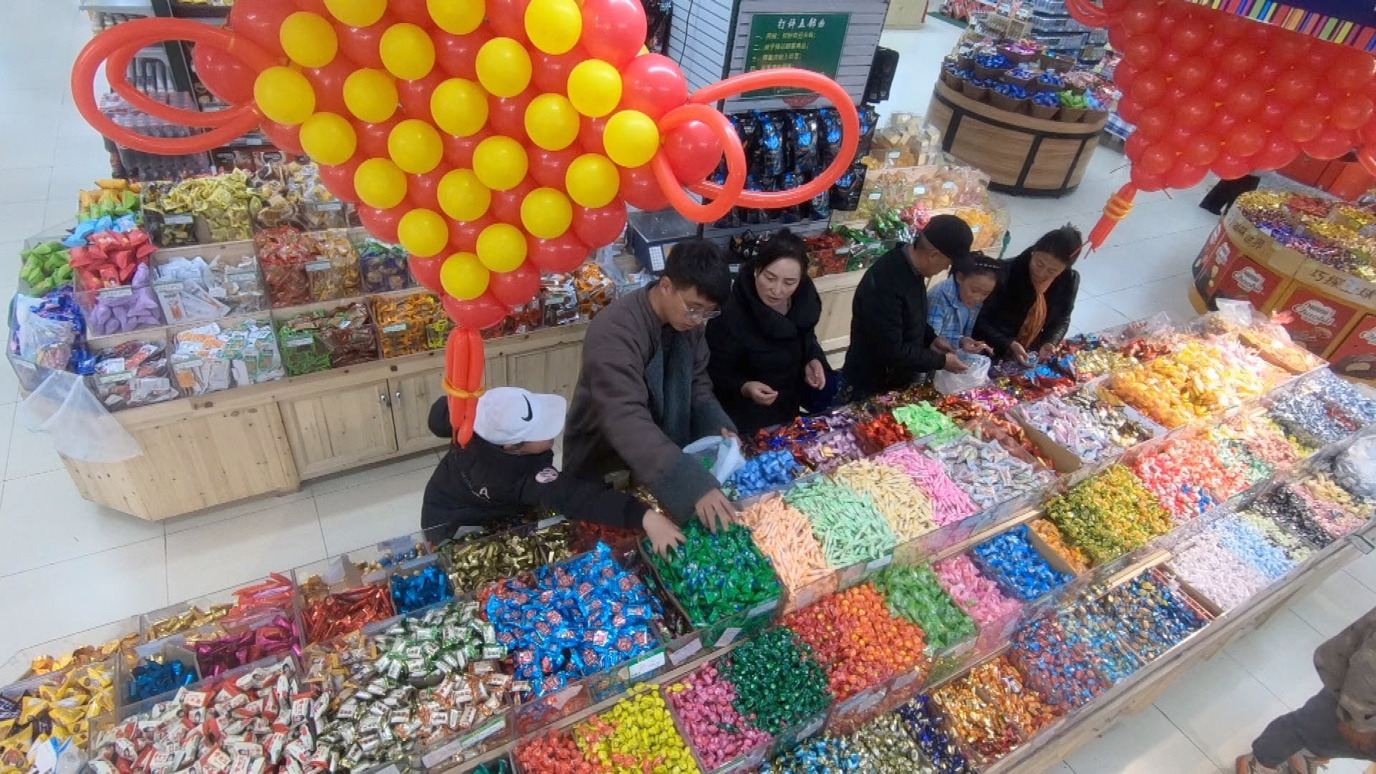 Tenzin has been away from Tibet for several years, but he has become more attached to it and its cultures. Compared with other cultures in China, Tibetans have a different language, a different medical system as well as different folk operas, among other things.
The Tibetan young man majored in finance and has decided to return to Lhasa to work, preferably in the securities sector. In his words, he likes the laidback way of life here, as well as the favorable weather and environment. Besides, his family and relatives are all nearby.

Tibet has seen rapid development in recent years. People here enjoy much better lives than before. It has also become more widely known by others, with a growing number of tourists every year.
In fact, among all provincial-level regions in China, Tibet ranked first in 2018 with a 10-percent GDP growth on a year-on-year basis, hitting more than 20 billion U.S. dollars. That was well above the national rate of 6.6 percent. In fact, Tibet was the only region that achieved double-digit growth last year amid a nationwide economic slowdown. 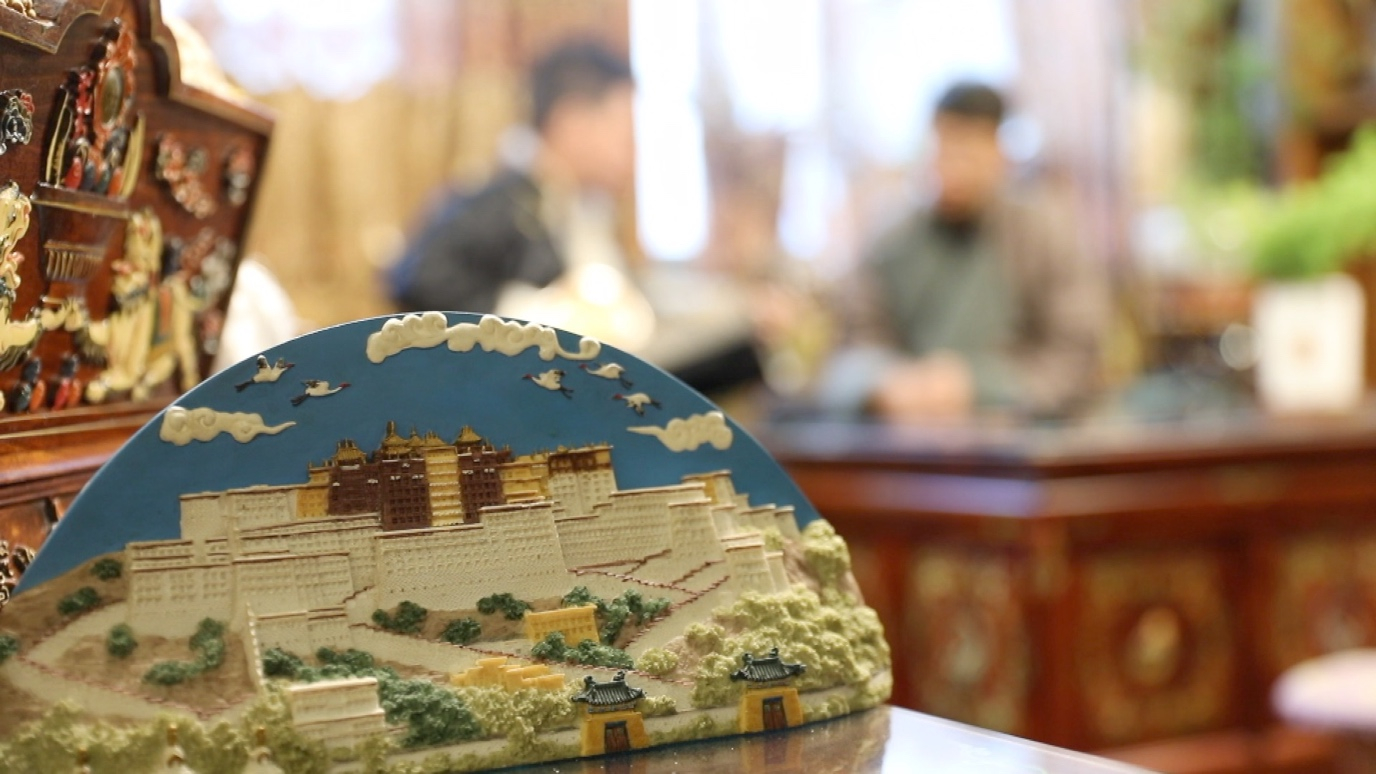 Tenzin Ngodup decides to return back to Lhasa after graduation, attracted by its natural conditions and laidback way of life. /CGTN Photo

Tenzin Ngodup decides to return back to Lhasa after graduation, attracted by its natural conditions and laidback way of life. /CGTN Photo

Analysts said that the improvement in infrastructure construction and a tourism boom were the two main drivers of Tibet's expansion. Besides, social stability in Tibet also contributed to the economic growth in Tibet.
Last year, a total of 180,000 people in Tibet were taken off the list of the poor, defined as per capita annual income of 2,300 yuan at 2010 prices. The regional government also vowed to lift the last 150,000 people out of poverty and eradicate absolute poverty this year, which marks the 60th anniversary of democratic reforms in the region. 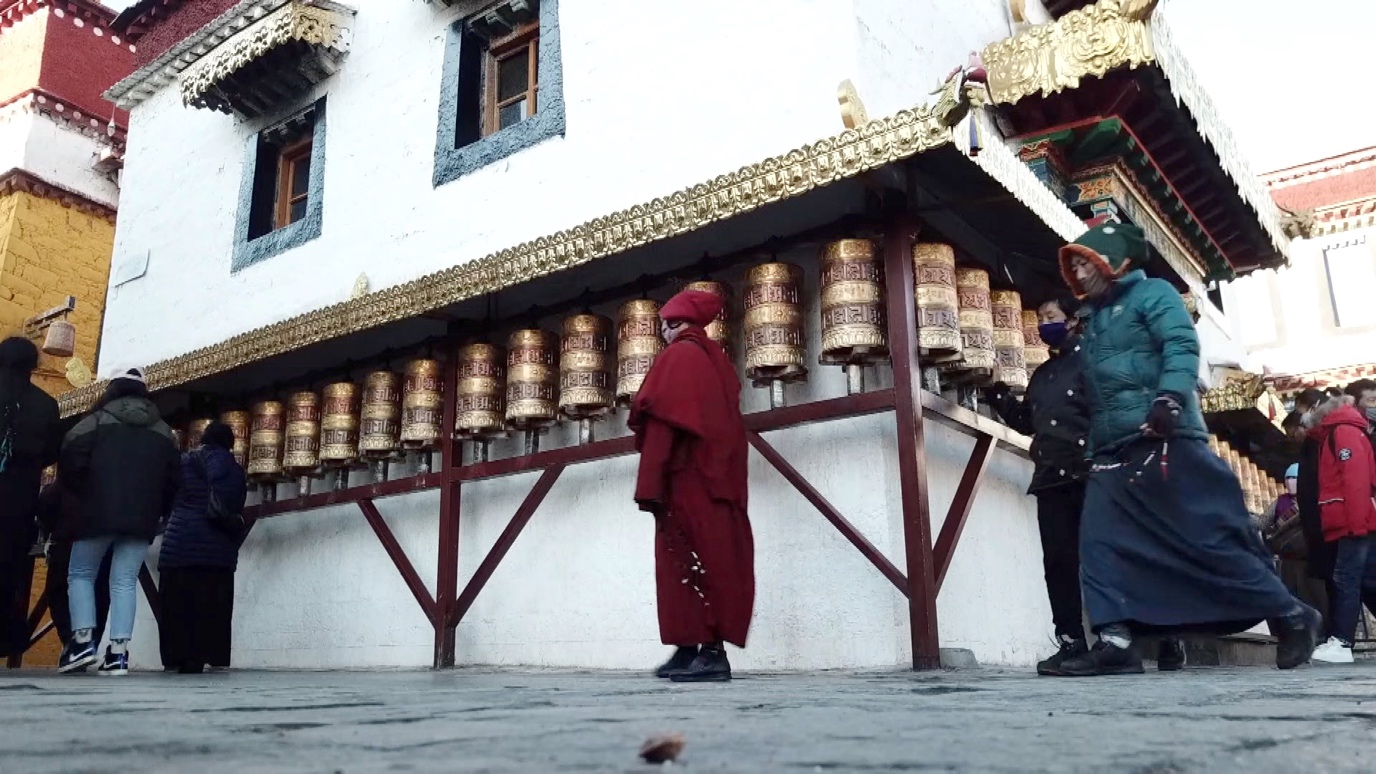 Tibet attracts many to visit as a result of its natural beauty and strong Buddhist elements. /CGTN Photo

Tibet attracts many to visit as a result of its natural beauty and strong Buddhist elements. /CGTN Photo

However, Tenzin believes that there are factors shaping the inheritance of local cultures. For example, it's not uncommon to see some children in kindergarten or primary school who are unable to use the Tibetan language in daily life.
In the new year, the Tibetan young man hopes to continue his graduate study at a prestigious school and a happy and prosperous new year for all.