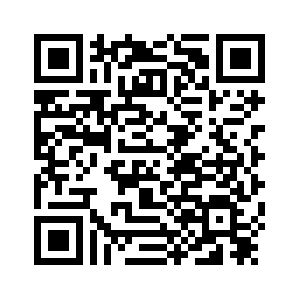 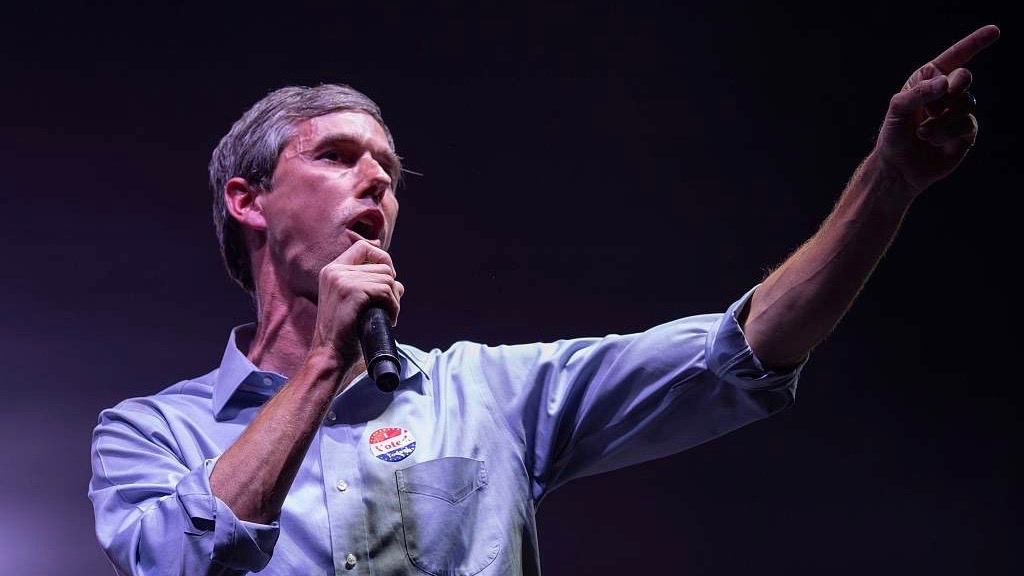 In Washington, U.S. President Donald Trump declared a national emergency at the border in order to fund his wall. Some 600 miles away in Chicago, Beto O'Rourke addressed a packed crowd of Latino leaders over the weekend, asserting that "walls don't save lives, they end lives."
O'Rourke, popularly known as "Beto," is one of the many Democratic politicians who stand in stark opposition to the building of a border wall. Beto became a national celebrity following his confrontation with Trump in El Paso last week, in the most direct confrontation against the president concerning his obsessive penchant for the wall.
The former Congressman is a native of the border city, which Trump argued was one of the most dangerous cities in the U.S. before its bollard fence was erected in 2010. Beto called out the U.S. president on this point, saying that his town was the second-safest city among comparably-sized cities even before the wall was built. He is right: FBI statistics show that the border city had lower-than-average crime rate for a 30-year span before 2008 when it was built up and has retained this ranking after the construction.
Although the former Congressman isn't the only one going against Trump's wall dream, he is part of a new cohort of young charismatic Democrats weighing a run for president in 2020.

So who is this intrepid challenger who may take on Trump in the next presidential election? Beto had represented Texas' 16th district in Congress from 2012 before declining to seek re-election in 2018, and was a member of El Paso's city council before then. The Texas Democrat was already at a political disadvantage in the traditionally red state during his Senate run against Ted Cruz – the runner-up to Trump in the 2016 presidential election – last year, but his conviction in going against the odds makes sense if you look at his eclectic past. 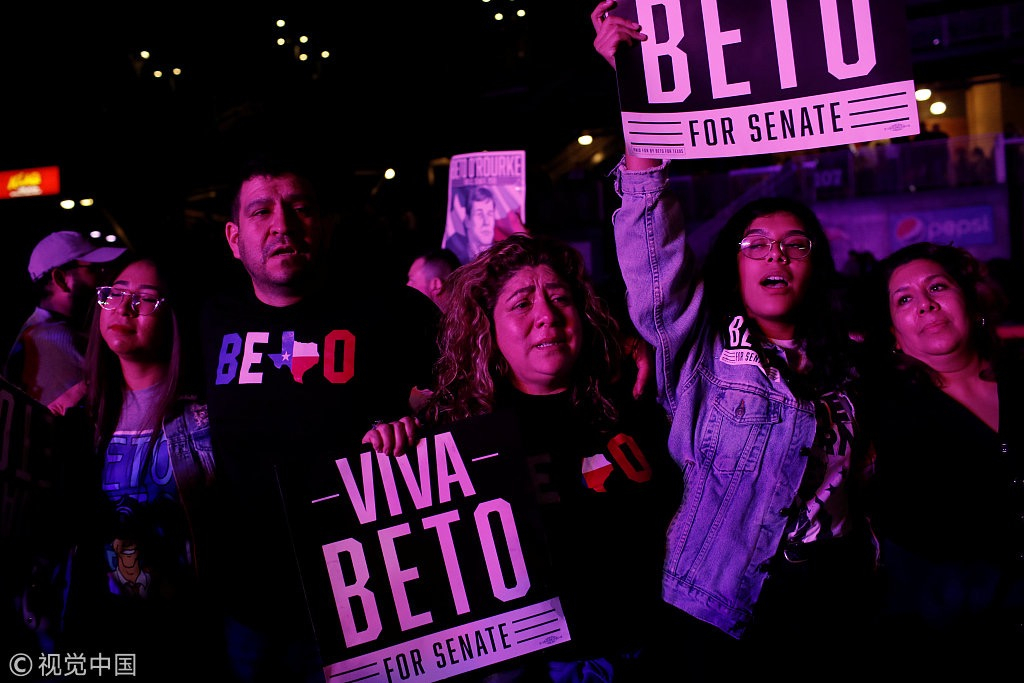 Beto's upbringing by a father who was politically active may have sown in him the seed of civic duty at an early age. “Pat” O'Rourke had served as county commissioner and judge in the late 1970s to the early 1980s, before being killed in a cycling accident in 2001. Although “Pat” was a widely respected business and political member of the busy border city of El Paso, Beto did not show political aspirations early on, majoring in English Literature at Columbia University, joining a punk rock band, and later starting his own tech company – Stanton Street Technology – back in his hometown.
Beto, an upper-middle class white male in a politically conservative state, seems to have the advantage of pedigree. He hails from an affluent background, as his mother Melissa O'Rourke had owned a well-established furniture store, along with lucrative investments in real estate. Beto's father-in-law William Sanders, a real estate investor, was once considered one of the wealthiest men in the city.
His family's business decisions, however, have courted controversy. Around 2010, Beto's mother was fined a quarter of a million dollars by the Internal Revenue Service for tax fraud, and he himself came under scrutiny as a congressman for investments in Twitter shortly before the tech company had its IPO. Beto was also criticized during his time in the city council for pushing a downtown urban renewal plan by a non-profit business organization led by his father-in-law. 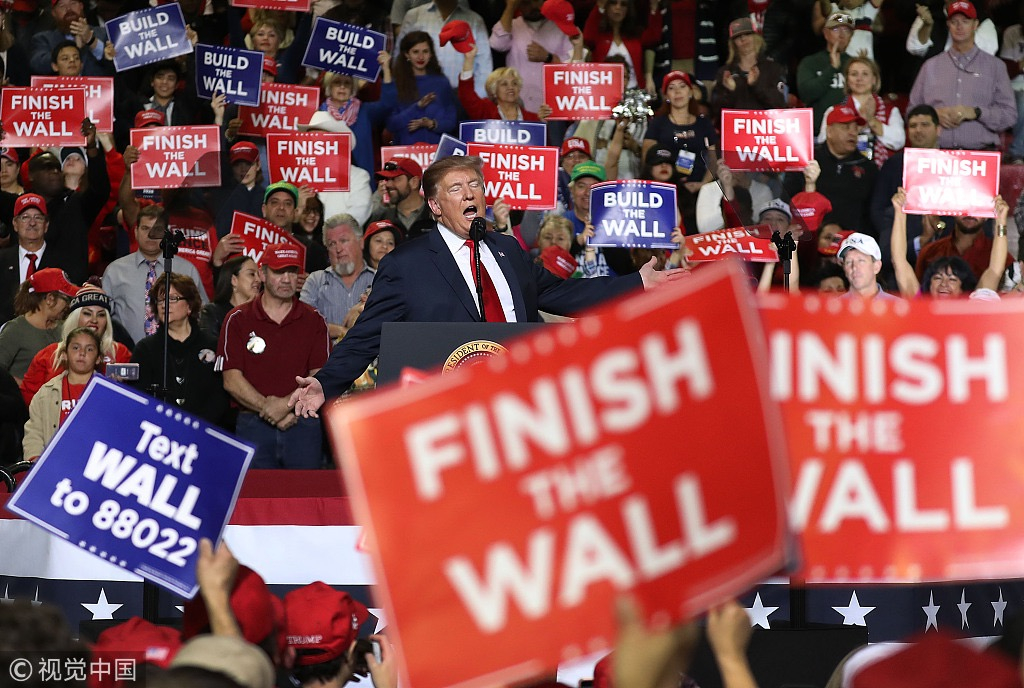 For 'forgotten men and women'

As a politician, the 46-year-old Beto has the bearings of a passionate speaker on the high school debate team, presenting the case for progressive policies with forceful zeal. His stances on particular issues, such as sympathy for immigrants and concern for the working class, draw parallels to those of fellow Democrat Alexandria Ocasio-Cortez, both of whom are energizing the Democratic base by shifting the party's message toward the needs of the downtrodden, much like what Senator Bernie Sanders had done back in the presidential primaries of 2016.
In 2016 Trump called for "protecting the forgotten men and women" in the rust belt and then launched trade skirmishes with an attempt to pull overseas manufacturing jobs back to the U.S. But it seems the policy failed to work well as American manufacturing growth hit a record low over a decade.
Over the weekend in Wisconsin, Beto, who claimed he himself comes from "what very often feels like a forgotten place," pledged to care about everyone from "places that are forgotten or overlooked […] as you accumulate electoral votes or you think about the next election."

Besides his opposition to Trump's building of a border wall, Beto's advocacy for the marginalized puts him in stark contrast with the president, from closing immigrant detention centers separating families to passing the act that would help legalize undocumented immigrants who were brought here as children, known as "Dreamers."
He is also outspoken about wanting to achieve universal healthcare, and expanding coverage to those who need it. In the gun-toting state of Texas, Beto has even advocated for more stringent background checks for arms sales and supporting research into gun violence, both of which are anathema to powerful lobbyists in the industry. 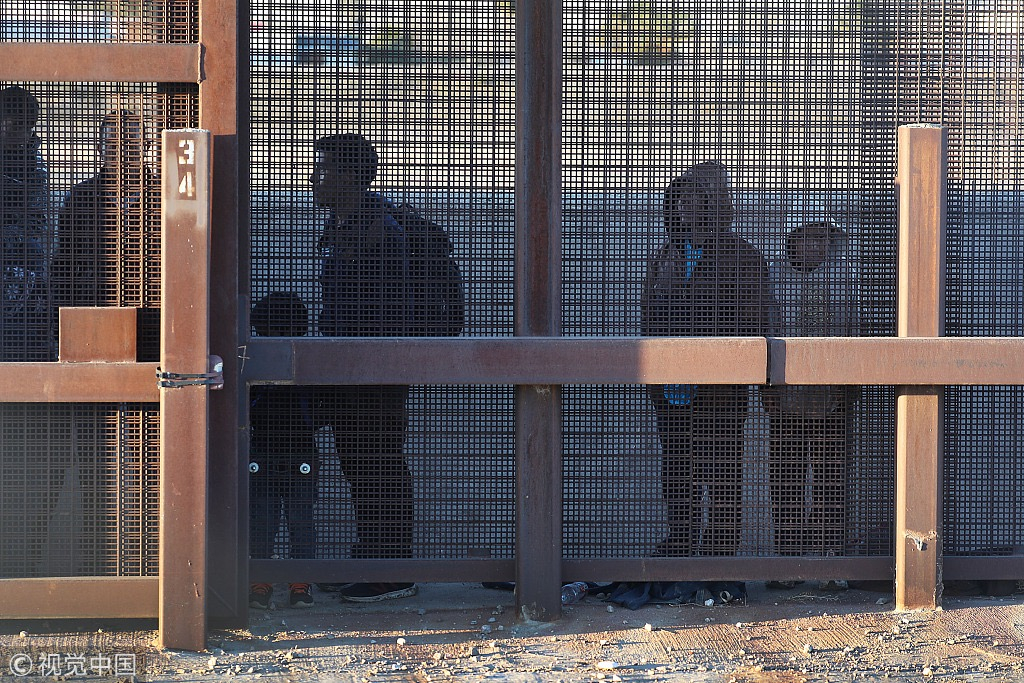 Migrants stand together along the U.S.-Mexican border wall as they wait to turn themselves over to the U.S. Border Patrol in El Paso, Texas. U.S., February 12, 2019. /VCG Photo

Migrants stand together along the U.S.-Mexican border wall as they wait to turn themselves over to the U.S. Border Patrol in El Paso, Texas. U.S., February 12, 2019. /VCG Photo

On top of his refreshing agenda in a conservative state, Beto's grassroots charm has given credibility to his policy positions. He visited all 254 counties in Texas during his run for Senate in 2018, going to rural areas campaigning for votes in a hands-on approach that inspired many who thought that the race was a foregone conclusion in favor of the Republicans. Although he had lost, the tight race catapulted him to political prominence.
Beto energized the Democratic base in a Republican stronghold, giving hope to youth voters during the 2018 Senate race. Public opinion polls showed that he was the more popular candidate among millennial voters, while Ted Cruz attracted the older demographic. The political future of the state seems to lean toward Democrats like Beto, but for now, older voters aged 40 and above who support Republicans still dominate election turnouts.
The divisive issues of illegal immigration and the like are upending the values and the candidates of both parties. In this dynamic lead up to next year's presidential election, rebranding the Democratic Party with the youthful political zeal of members including Beto and Alexandria has given it a clearer message for those who are politically or economically disaffected, many of whom strayed from the party to Trump in 2016.
However, the audacity of this fresh blood just might be a political game changer in 2020.