Bangkok Climate Talks: All you need to know
Khushboo Razdan 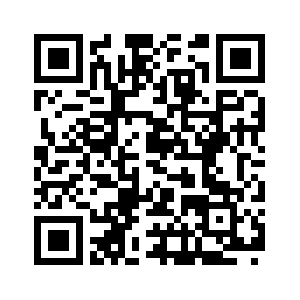 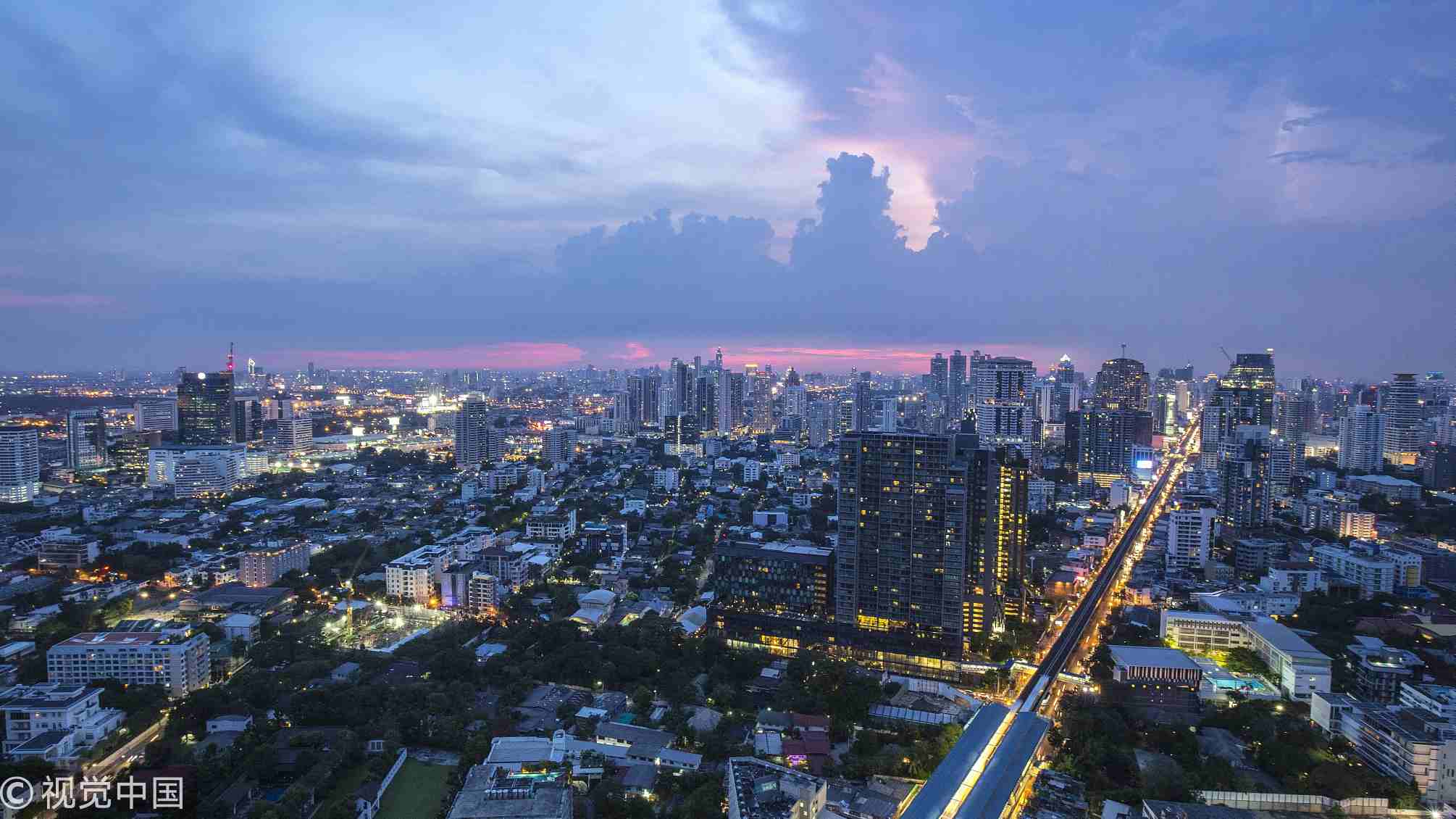 Devastating floods, unprecedented wildfires and record heatwaves, once considered freakish calamities, are now commonplace.
Around 100 people died in Japan this year as the result of a heatwave that pushed temperatures in Tokyo above 40 degrees Celsius for the first time.
Fire that raged through a coastal area near the Greek capital Athens in July left 91 dead. 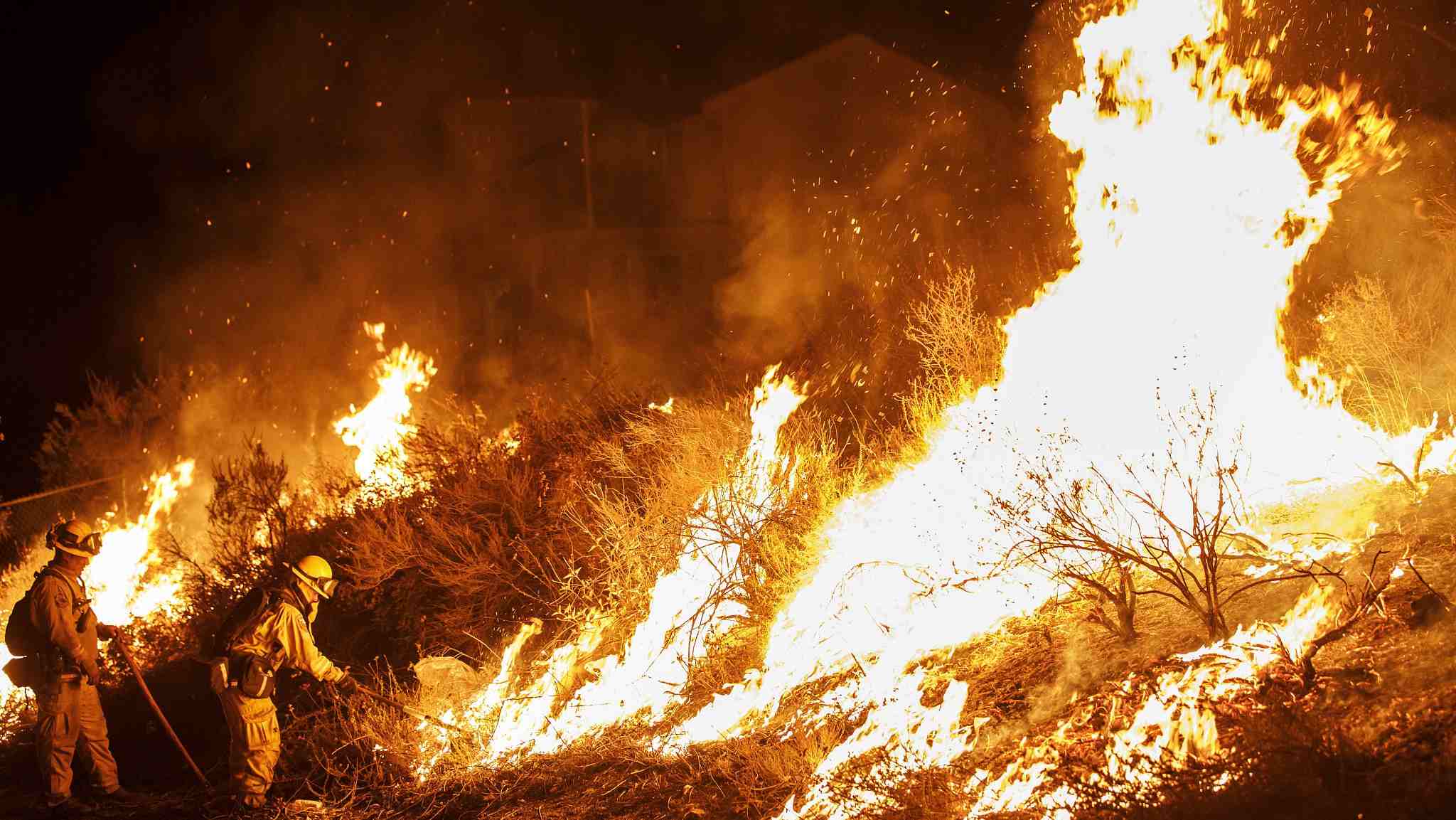 At least 18 wildfires consumed swathes of California in the United States in August, among the worst in the state's history.
Over 345 people have been killed in what have been described as "floods of the century" in India's southern state of Kerala in the last 15 days alone. 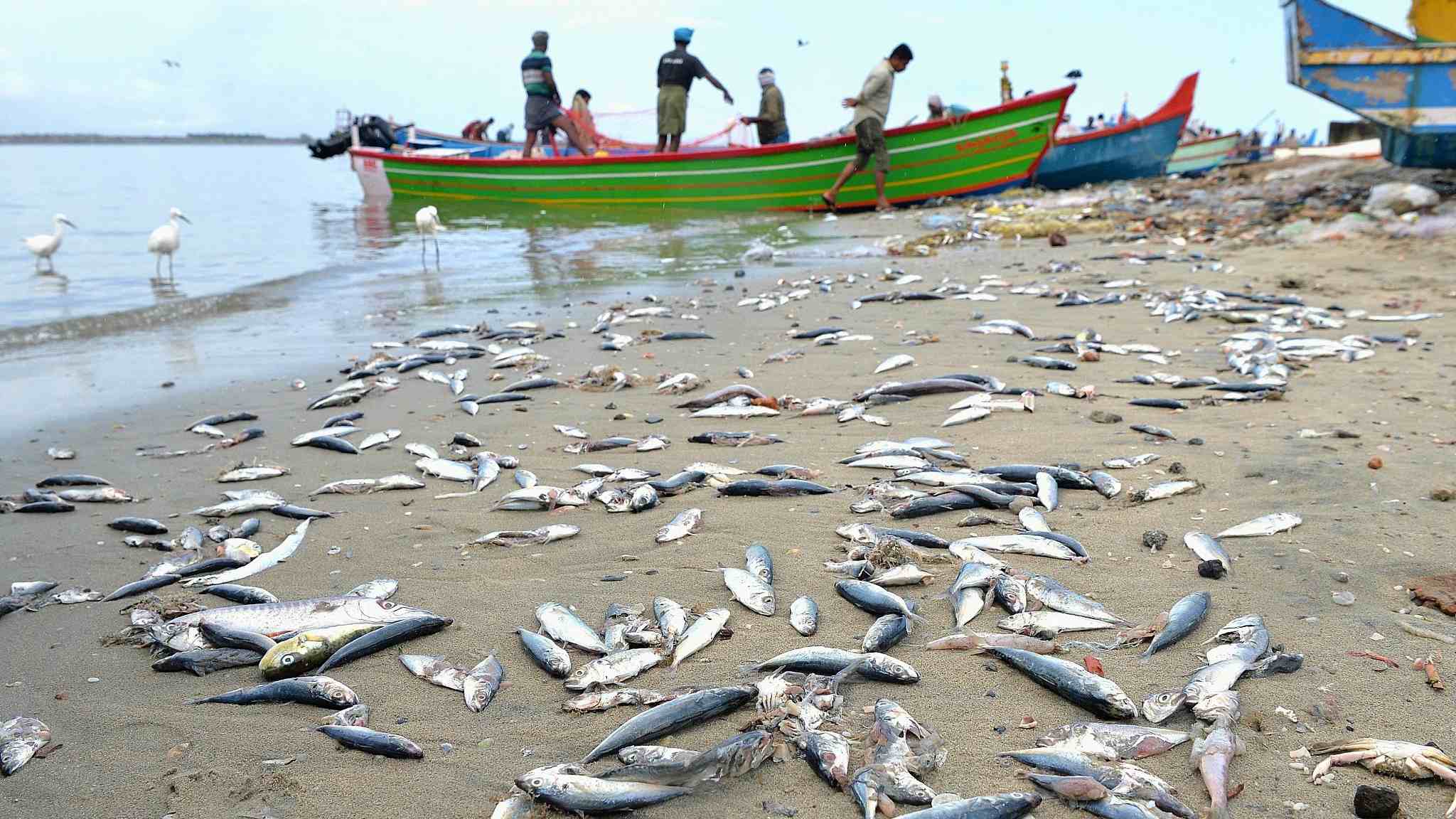 The next steps in the fight against climate change are now under discussion, as representatives from 200 nations gather at the United Nations Conference Centre in Bangkok from September 4-9.
Many experts believe that recent extreme weather events are in line with climate change predictions, and environmental campaigners claim these are clear "SOS" calls from a smoldering planet -- and the time is running out for world leaders to contain "catastrophic" climate change.
What's happening in Bangkok and why?
Envoys from energy and environment ministries from more than 200 countries are meeting in Bangkok to draw up a rulebook to implement the Paris Agreement, the accord adopted by 195 nations in 2015 with the goal of capping global warming to "well below" 2 degrees Celsius.
The Bangkok talks also aim to lay the groundwork for this year's annual UN climate summit, which will take place in the Polish city of Katowice. Some suggest that Bangkok as the venue for talks is a smart move as the city is itself under siege from a changing environment, with some forecasts warning that nearly 40 percent of the Thai capital will be submerged by 2030. 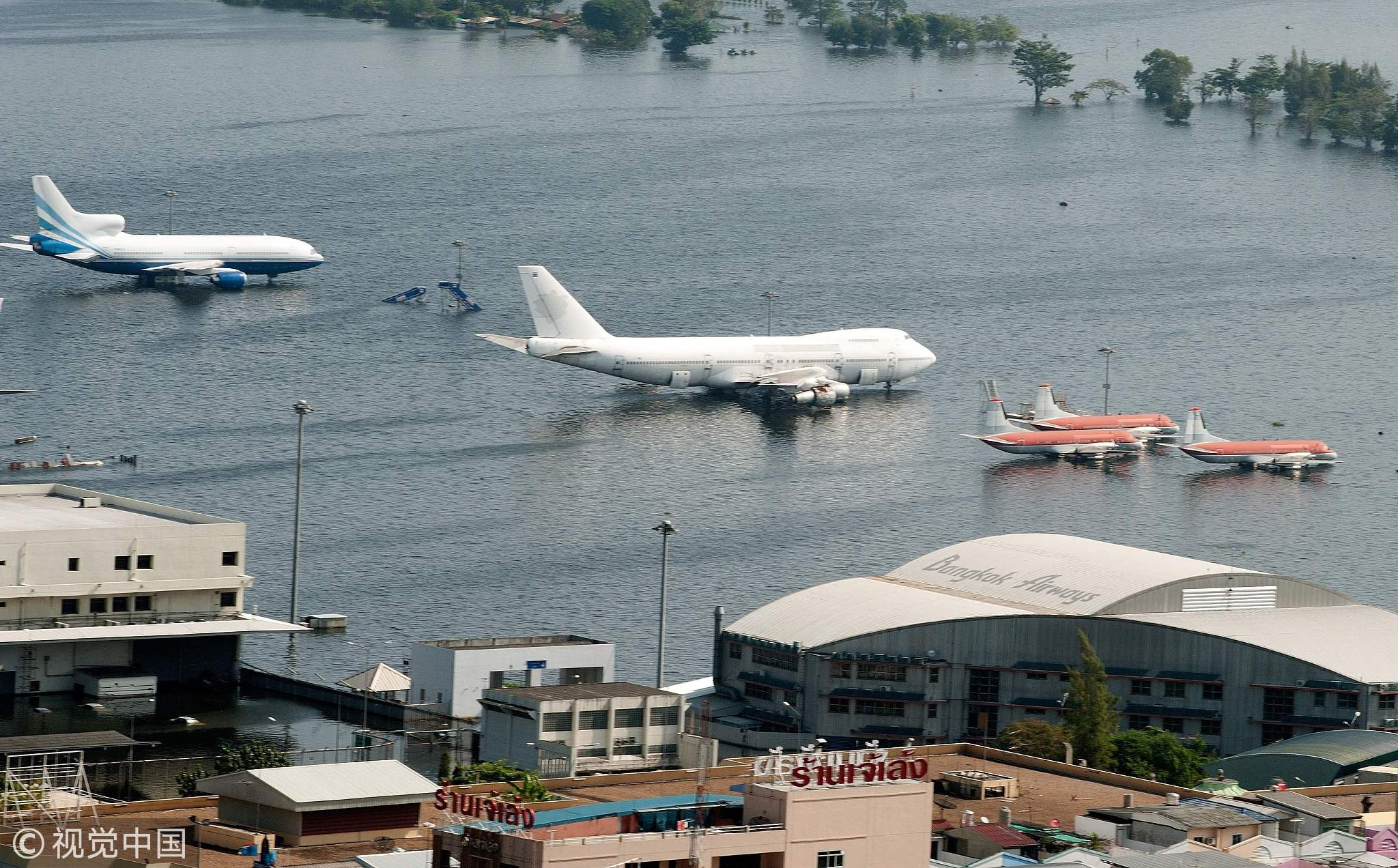 The bone of contention
In May 2018, the UK's official climate watchdog admitted that the country will miss it's legally binding climate targets. In June, Climate Action Network Europe, Europe's leading climate change NGO, released a report revealing that no single EU country is performing sufficiently in both ambition and progress in cutting carbon emissions.
So, as the world appears to be losing the war against global warming, talks in Bangkok aim to breathe new life into the Paris Agreement.
2018 marks the deadline year to finalize a clear roadmap for achieving the goals set in 2015. But what’s really the major issue of contention?
Money!
Yes, developed nations did agree to set up a budget of 100 billion US dollars by 2020 with the aim of reducing greenhouse gases and mitigate the worst effects of climate change.
But the fine detail has not been worked out, so there have been no contributions to this budget.
Developing nations, such as India and South Africa, argue it’s the moral obligation of rich countries to pay for the damage caused by climate change.
But the developed world has been so far been reluctant to make any binding commitments. So, who will foot the climate change bill?
What if the talks fail?
Well, it won't be easy for the diplomats to boil hundreds of pages of text into an acceptable pact.
With the US President Donald Trump yanking out of the Paris Agreement, Canada's withdrawal from the Kyoto Protocol, Japan and New Zealand not taking new emission targets for the period of 2013-2020, the fourth climate conference in Poland is being seen as the most important climate meet since 2015.
But the climate conference will reportedly be in "jeopardy" if there's no palatable outcome at the Bangkok talks. Reports suggest that the organizers have also indicated support for another round of discussions before December "if needed." 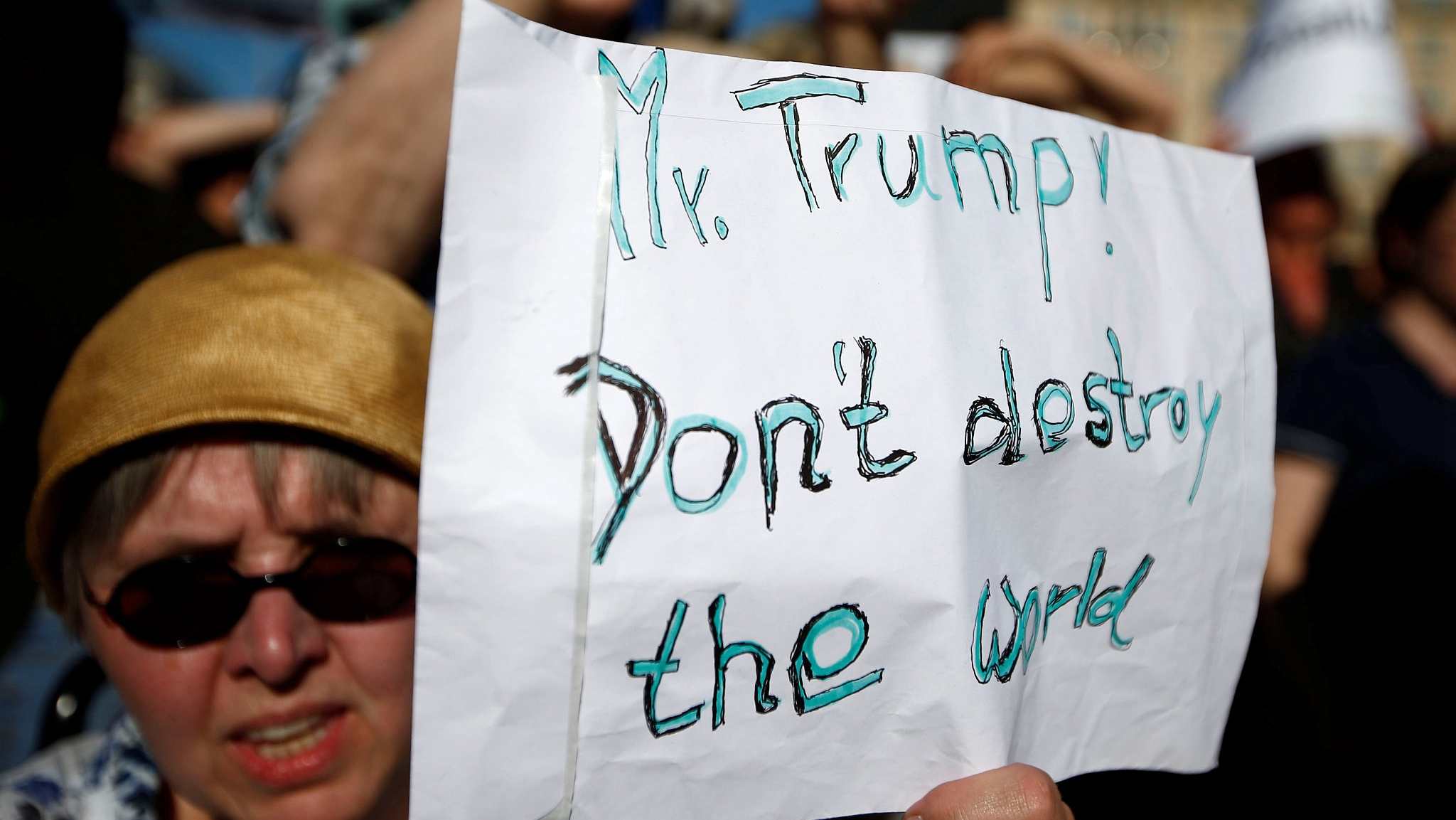 Protest against Donald Trump's decision to pull out of the 2015 Paris accord, Portland, US, April 2017. /VCG Photo

Protest against Donald Trump's decision to pull out of the 2015 Paris accord, Portland, US, April 2017. /VCG Photo

Who stands where?
The United States will be participating in the Bangkok talks, even though the Trump administration has vowed to pull out of the Paris deal.
The reason? The US remains a part of the 1992 UN Framework Convention on Climate Change. Also, it will take years for the US to formally complete the withdrawal procedure.
In Europe, this year's sweltering heat has reignited the climate debate. Even though the EU remains committed to cutting greenhouse emissions, many European nations have opposed calls for more ambitious targets.
China and India, the two economic powerhouses in the BASIC (Brazil, South Africa, India, and China) nations, continue to honor their commitments even after the US ditched the Paris accord.
In 2017, Chinese President Xi Jinping called the Paris climate accord "a hard-won achievement" and appealed to other signatories to stick to their pledges instead of walking away -- "as this is a responsibility we must assume for future generations."
In May this year, both India and China committed to work towards a deal and urged developed countries to take the lead in emissions cuts.
During the 25th BASIC ministerial meeting on climate change in 2017, the group emphasized equality, transparency and inclusiveness.
3316km